A senior partner at FXFOWLE discusses how steel can be used to sculpt space.

The Living Cities Competition is open for entries until January 10. What follows is a commentary from FXFOWLE Senior Partner Sylvia Smith on three of the firm’s projects which make heavy and innovative use of steel.

My father was a steel man. He was a metallurgical engineer so I grew up getting excited about W-section column sections and what steel can do. As architects we work with engineers and think of steel as a tool. Steel has given properties and you can do certain things with it. You can open up space, span over space, use steel as steel or beams. You can create trusses or even trusses you can walk through. It’s ironic, it’s flexible in a lot of ways.

The key to the Juilliard and Tully project was to expand the school without adding structure to it. Alice Tully Hall needed more space outside the house, a place where people could gather and socialize in the lobby. Beyond that the mandate for Juilliard and Tully was to make the programs there more exposed. The building was a ‘60s concrete citadel. The goal was to make the building more open, with greater connection to the city. 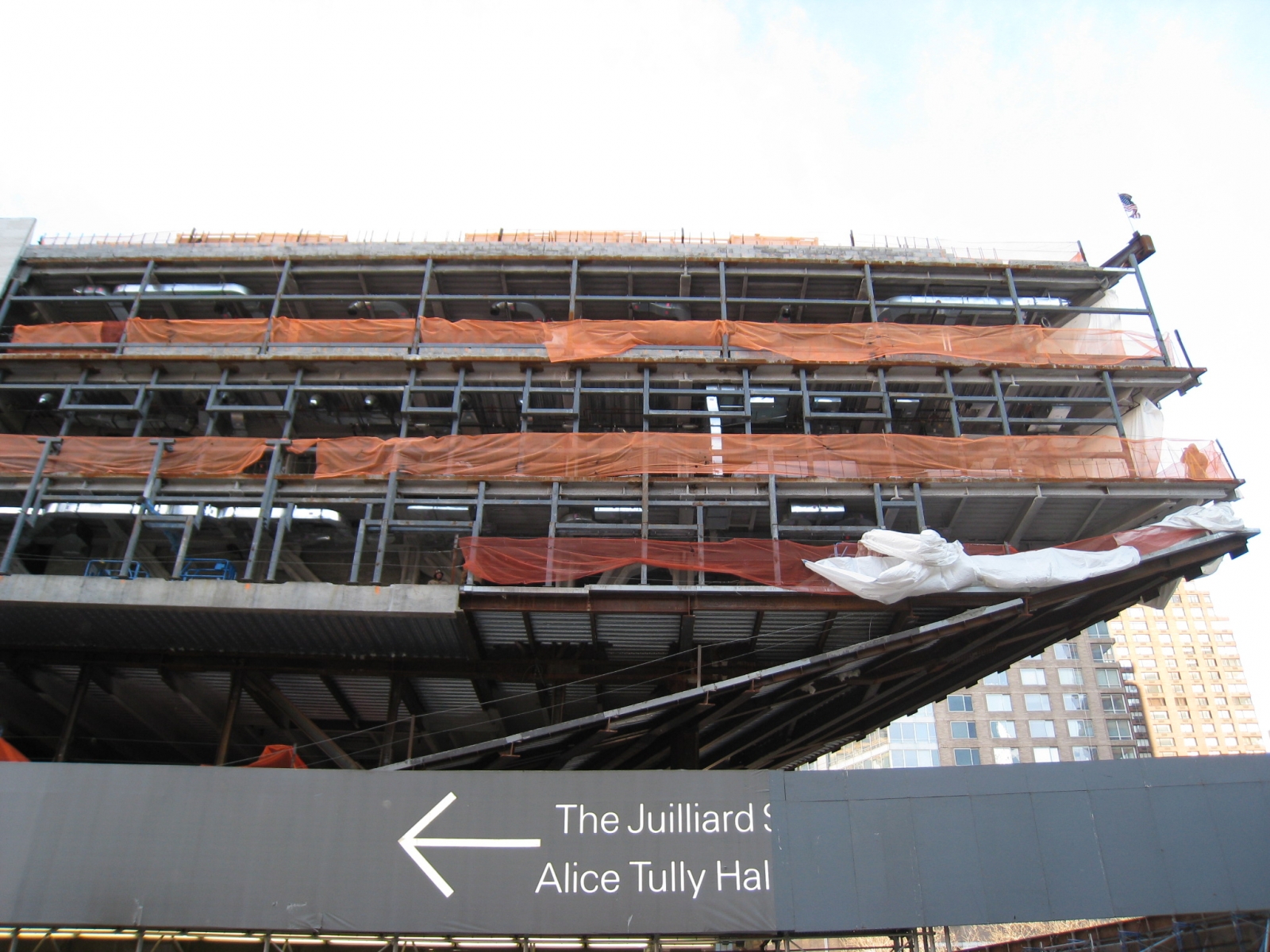 It soon became clear that we would have to expand the building to reach out toward Broadway. We had to do find a way to do so that would create a new public space for Alice Tully without tons of structure. We introduced parallel trusses in the Juilliard school that were spectacular in their scale because they were basically the height of the floors. We maniupulated those trusses to allow for entrances.

That got us the space above the school and below in Alice Tully. Then we had to put a skin on both. We collaborated with Arup who a series of trusses that ran perpendicular to the glass wall of the Juilliard. We suspended the beautiful glass wall from the top, hanging the skin from a truss that was running north-south.

There’s a very long cantilever towards Broadway, and the fact that it doesn’t have structure really enhances that openness. Steel allowed us to keep that glorious sense of openness. 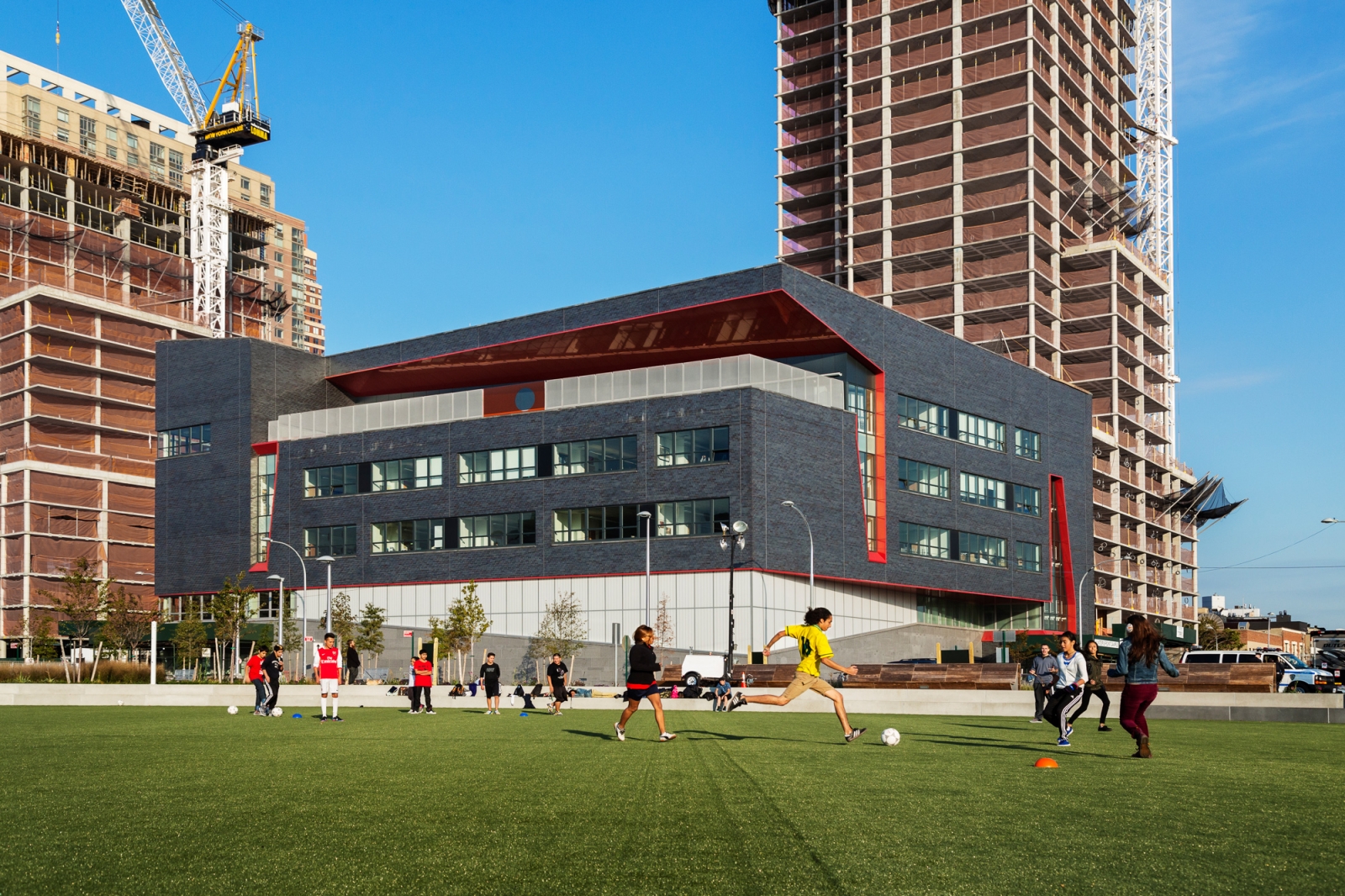 The Hunter’s Point Campus in Queens sits along the East River.

The gym at the base of the building has a logic because it is probably going to be used the most by the community. We wanted it to be at the base of the building and have that be a signpost for the community. That means you’ve got regularly sized, cellular classrooms above it that have a more standard structure. We had to span those across the top of the gym using giant plate girders that we incorporated into the architecture. The clear-span capability and the capabiltiy to deal with the structure above allowed us to put the gym at the base. 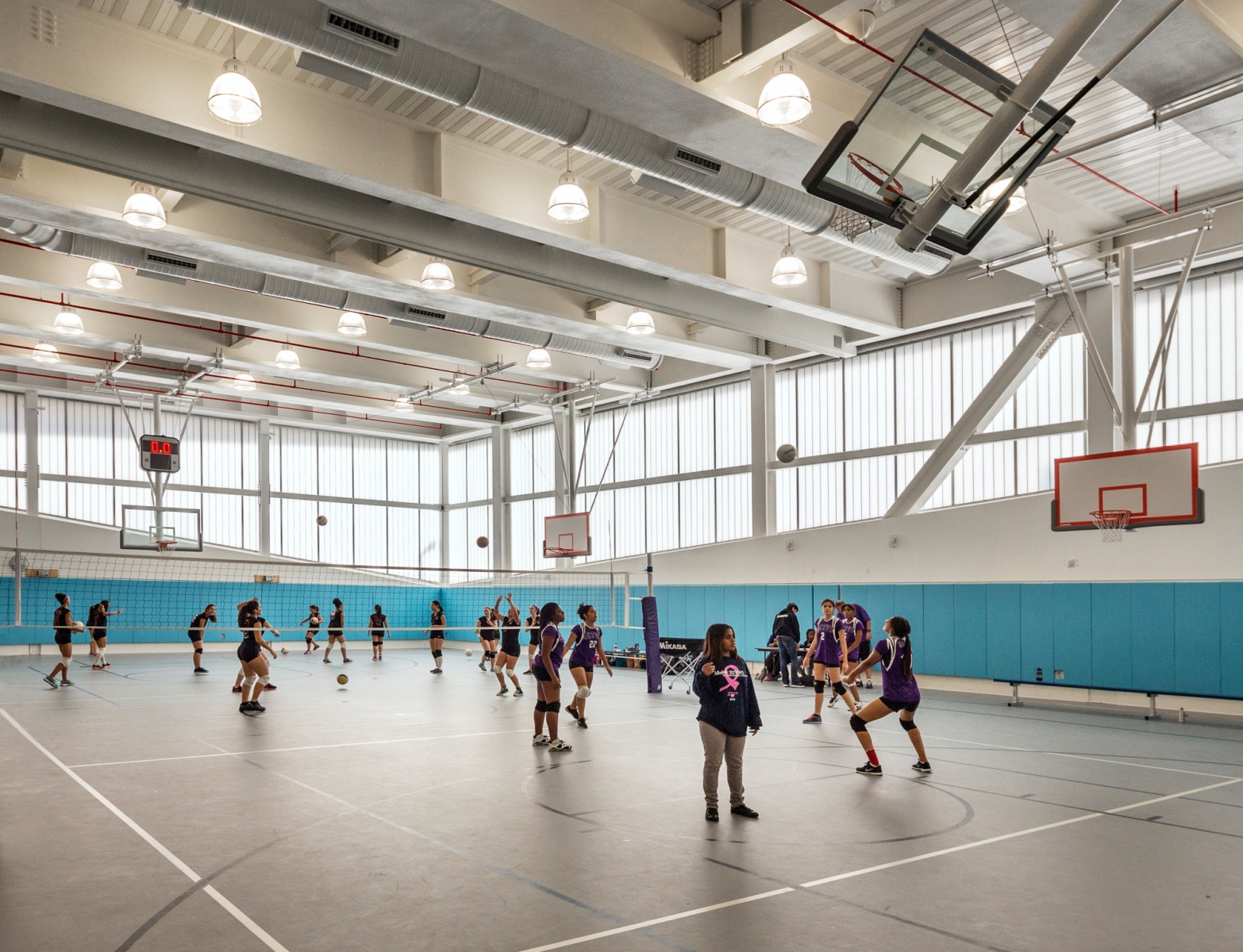 The other issue was a pre-existing easement on the site that kept us from building out. So we had to move north to the edge of the site. We figured we could shape the building so we took advantage of what could be seen as a limitation by cantilevering the classroom floors above the gym. Steel allowed us to cantilever the classrooms above the easement. 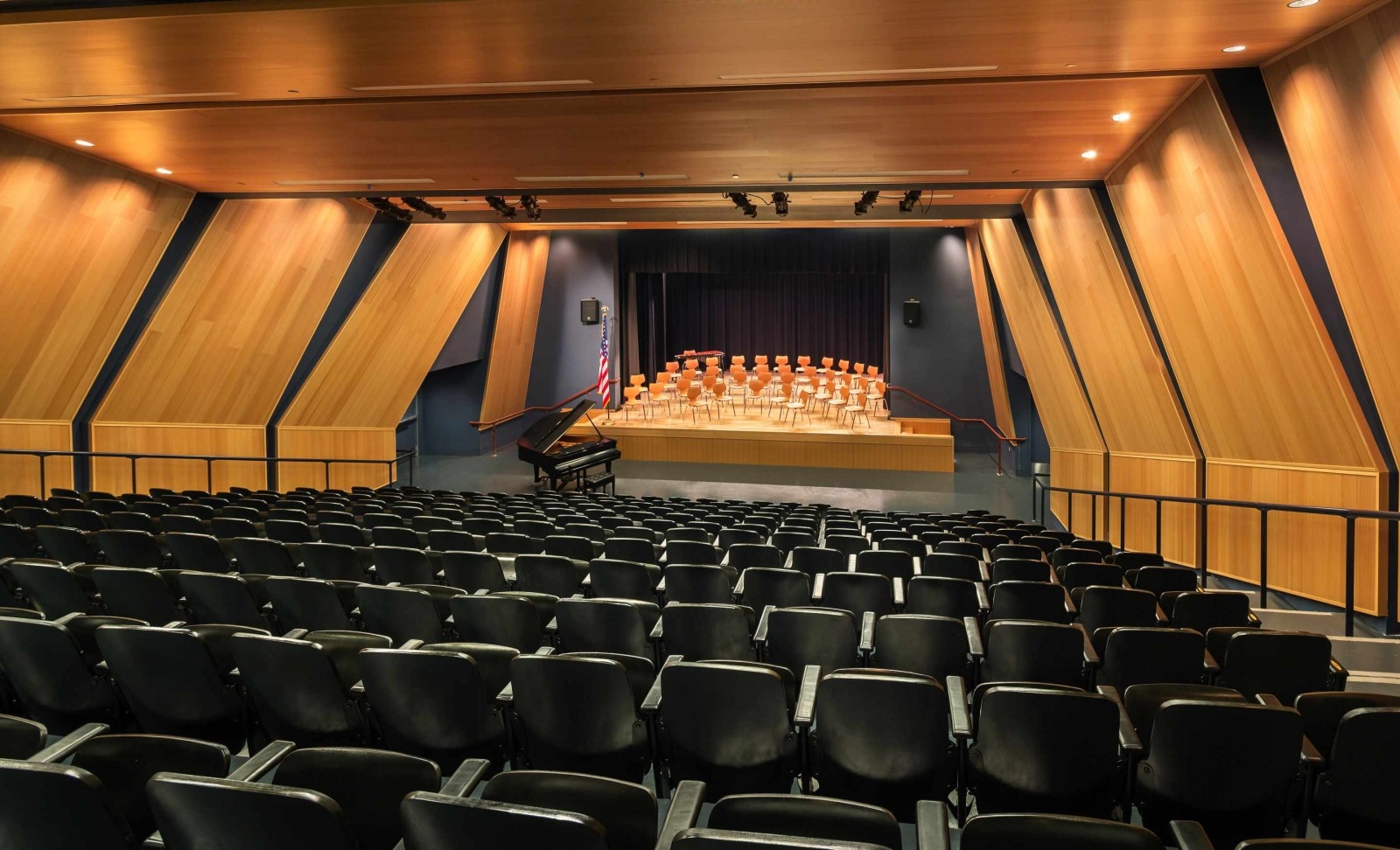 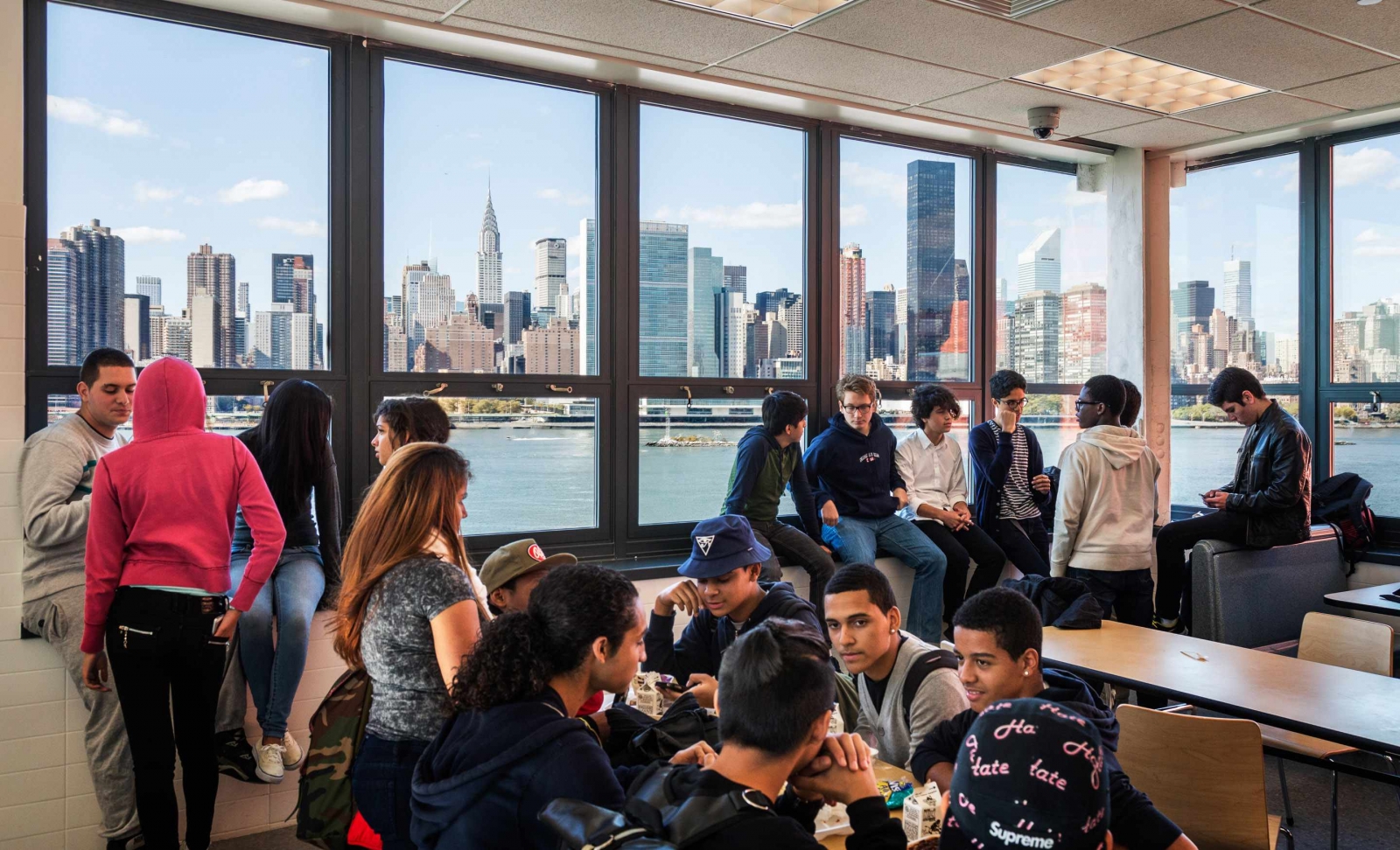 In a twist of the school-building paradigm, we placed the school’s collective spaces are located at the top of the building. There’s the terrace with a spectacular view of Manhattan. Then there’s the cafeteria, something we really lobbied for. We wanted all the kids to gather and really wanted them to have the big pay off. We put the cafeteria at the top and shaded it with a canopy that also screens the mechanical equipment. 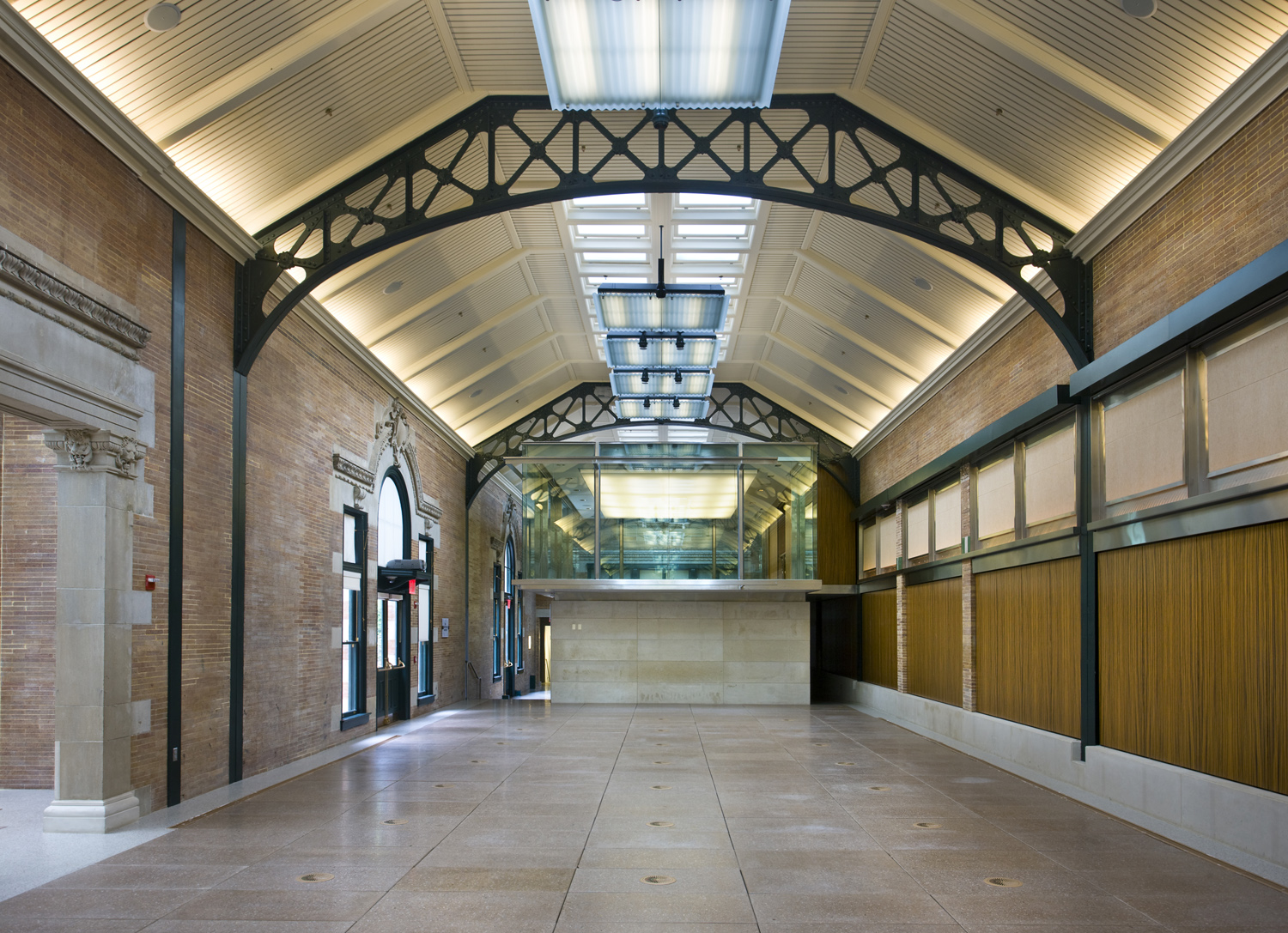 The Lion House at the Bronx Zoo is a landmark structure that houses animals and flora native to Madagascar.

The reconstruction the original building was a state-of-the-art, cast-iron construction when it opened at the turn of the last century. The viewing hall had these almost-industrial trusses that became the inspiration for the project. But the real challenge was converting it to a 21st-century animal care facility they needed more space.

It was a landmark structure so we couldn’t simply add an extension onto this beautiful structure. So we realized we would have to accommodate both the display of the Madagascar environments and all the back-of-the-house programs and animal spaces. That left us with one choice—we had to go down. 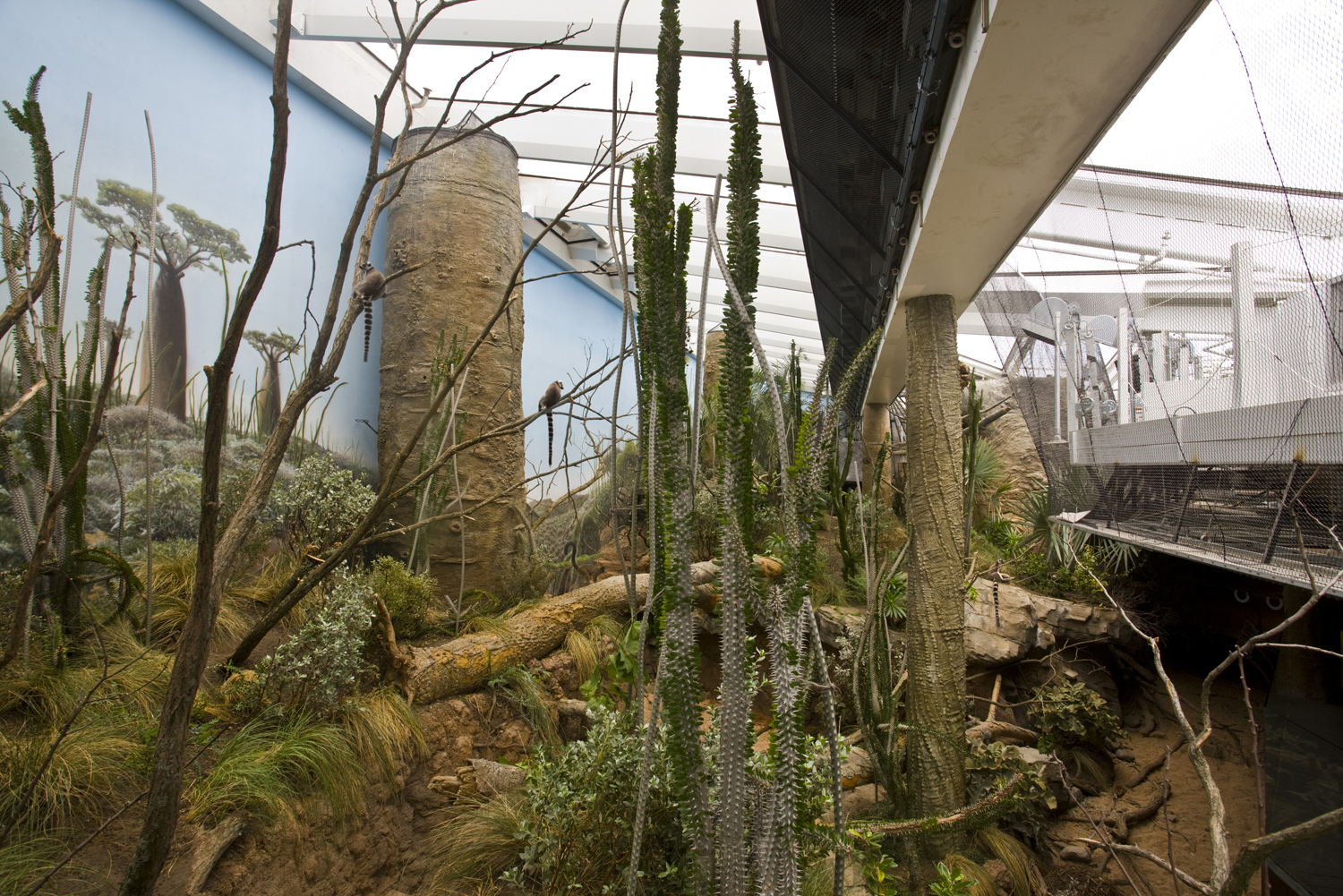 We had to hold the building up while we were digging down into the ground. In this case, we used steel for falsework to shore up the ground while we we excavating the site. To me the beauty of the project was that we levitated the building. We added columns in places where they could be incorporated in the the imagery. For example, one column is slanted so that it could look like a tree.

This really was a re-construction because we took a lot of the building down and levitated the other parts of the house. 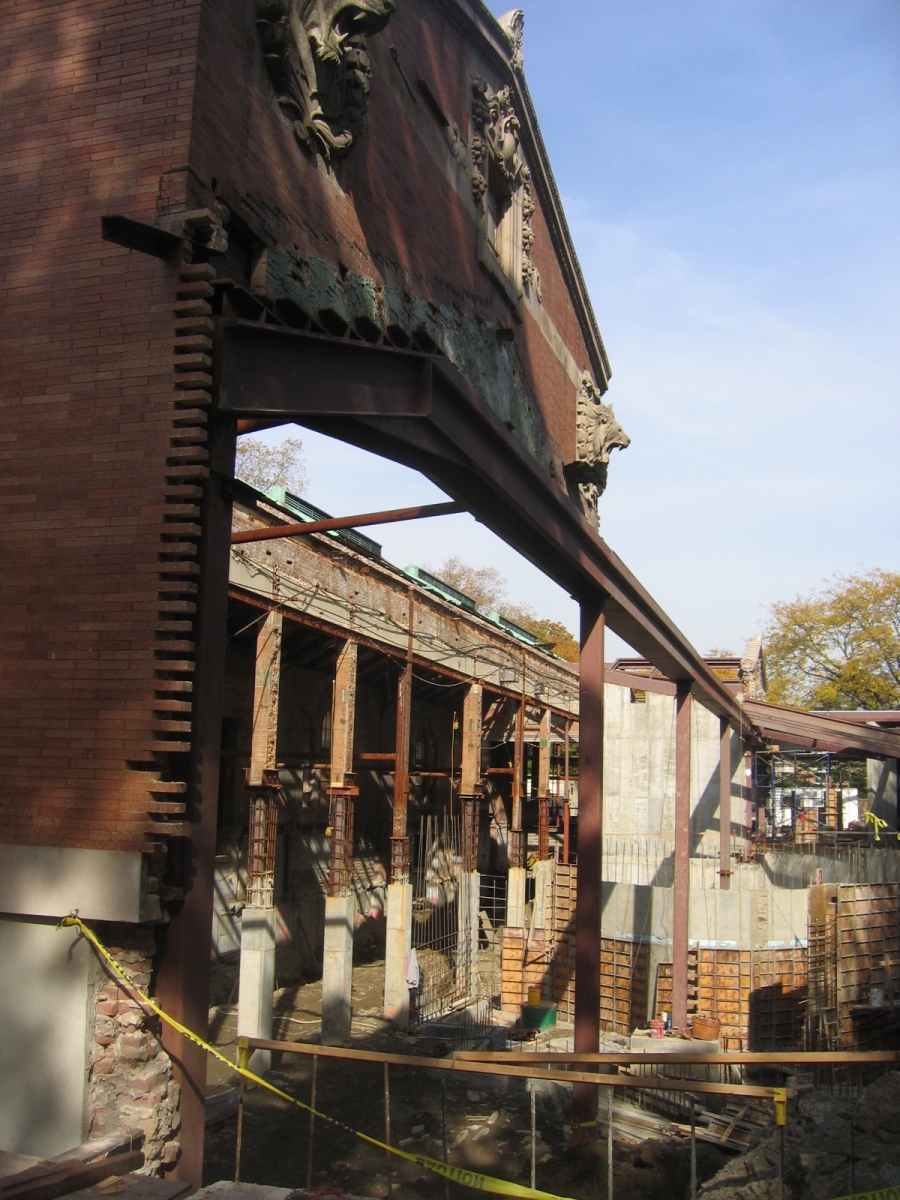