“Gardening, not architecture” as the guiding statement for leading a studio

In 1975, musician Brian Eno and painter Peter Schmidt created a deck of cards called “Oblique Strategies” to break through writer’s block in the studio. Their idea was to collect phrases that would return them to an artistic state of mind when they found themselves struggling under pressure. The cards provided inspirational words of wisdom such as, “Honour thy error as a hidden intention,” or “Work at a different speed,” or “Gardening, not architecture.”

The latter is a personal favorite, and here’s why. Architecture is envisioned, planned, and executed. It is a singular expression or provision, closely conforming to a plan, always requiring control. Ideally the architect achieves success when all the elements are arranged as presented. The architect makes the physical world obey. Gardening is attentive, responsive, and warm-hearted. It’s about helping living things grow to their potential—living things that are under your influence, but not within your control. The elements provide or destroy, and the gardener is in dialogue with the plants to encourage and heal.

“Gardening, not architecture,” has become my guiding statement for leading a studio of wildly talented, creative, and sensitive people. While there is certainly a place for highly structured approaches in the design world, I think the gardening metaphor is best suited for studio culture. If creativity is gardening, creative leadership is about selecting and nurturing its gardeners.

Let me illustrate. On the fourth floor of our IDEO Boston studio is a large common area. Three years ago it was essentially a peninsula of empty desks surrounded by project spaces. Sometimes they were occupied, but most of the time they were vacant because people were on projects. After some time it just seemed counterproductive to have this space outfitted as such. We asked everyone with a desk on the fourth floor to move their belongings upstairs with the rest of the gang.

We intuited that this newly made blank canvas could serve as a flex space. It must have been winter because the new space sat neglected for some time until one day a project team decided to make something of it. Frustrated with being confined to their corner project room, they took an afternoon to build a new lounge in the flex space. Sofas, lamps, and chairs (including airline seats from a former project) were relocated from different parts of the studio. The team built a standing height table in the shop and painted it turquoise with an intricate gold interior pattern. The space quickly went from “abandoned” to “owned” and found new uses—from gaming, to coding, to reconciling credit card statements. New life had sprung. 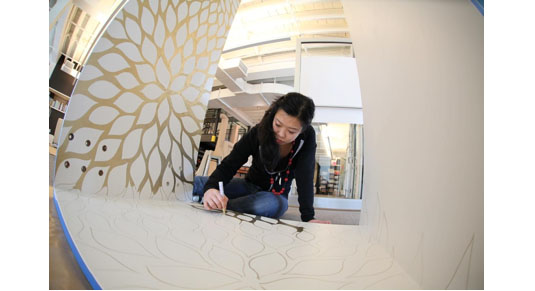 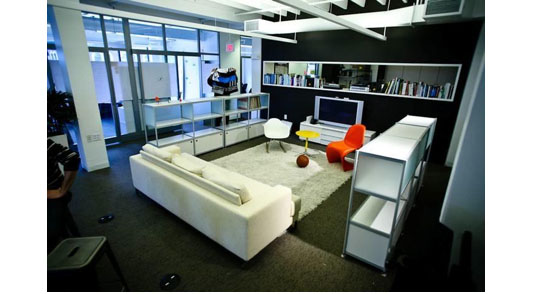 Soon after things were organized and rearranged, an exhibition of non-billable work brought the space to life in a new way. A documentary film series, “The Sundown Film Festival,” sprouted during the darkness of our short winter days. Spring and summer passed and it appeared that interest in the space was waning. 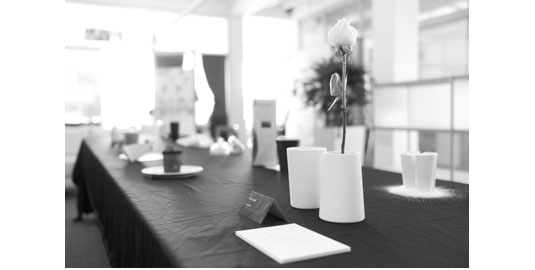 Then one crisp fall morning there was a new sign of life. An email was sent to the studio by product designer David Goligorsky, announcing the appearance of a new saddle stapler. He named it Crimsonberry and labelled it as such. 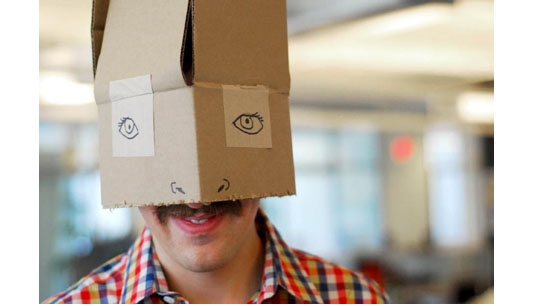 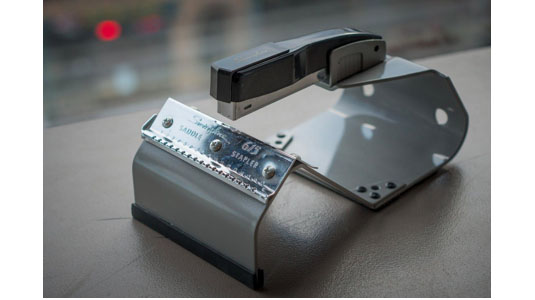 We suddenly had a proliferation of lo-fi zines with names like Biff #1 and Hair Machine. Shortly thereafter, another device—a stack cutter—appeared. With the stack cutter, the lounge officially morphed into a fledgling maker space. Still, it was a bit sparse. 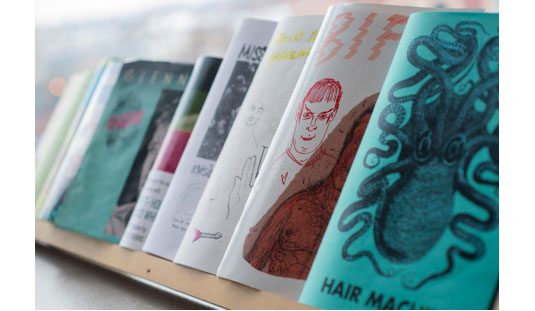 One day, some VIPs called and asked if they could see how a professional innovation firm created collaborative space. This was just the incentive we needed to finish our transformation from a back porch filled with potted plants to a full fledged garden. A small group of designers spent a long weekend rearranging and making new furniture in the shop again. Then we had a bumper crop: a photo studio, soldering station, circuit testing equipment, sewing machine, graphic finishing station, and a sketching and cutting table. The space was alive and people gathered for show and shares…experimenting with new toys for work and play. Or even just stitching the seams in their pants. 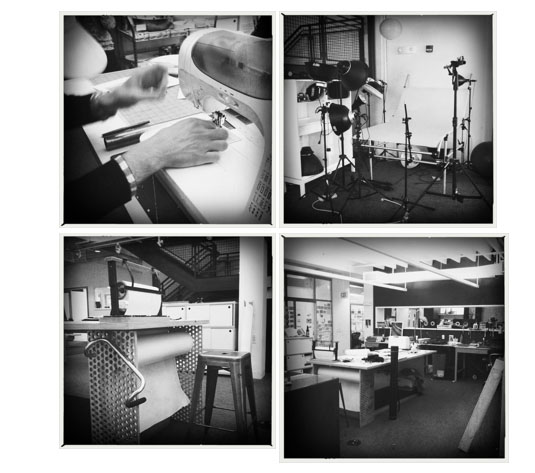 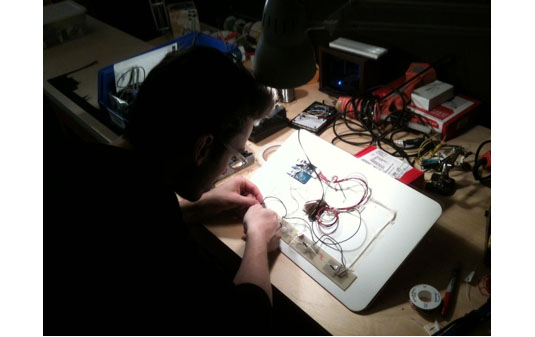 After two years of tending, the Boston maker space flourishes—a more agile complement to our heavy-lifting carpentry shop. Its success has been due to its gardeners. They are talented, quirky, and unrelenting in their curiosity and playfulness. They lead with creativity and mischievousness—like our weekly design fiction sessions (I’ll write about them next time). They may be unsure of where they are going, but they always arrive at places with amazing results. 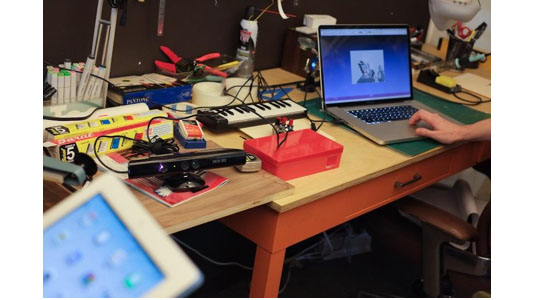 Creative excellence comes from an excellent culture. Culture sprouts from the collective behaviors of those in it—the gardeners. I believe creative leadership is ultimately about nurturing and hiring gardeners—choosing people who respond to uncertainty and risk as opportunity and inspiration, people who are here to encourage and heal. And trusting them to tend the garden themselves.

R. Michael Hendrix is an associate partner and managing director of IDEO Boston. This is the first of six articles on creative culture.