Of New York City’s many architectural gems, Grand Central Terminal has always been a highlight for me. While modern buildings lend themselves better to the abstraction I search for in my photos, this great terminal captivates me in a different way.  It’s not an easy building to shoot from the street. The surrounding towers don’t allow much perspective and good light. 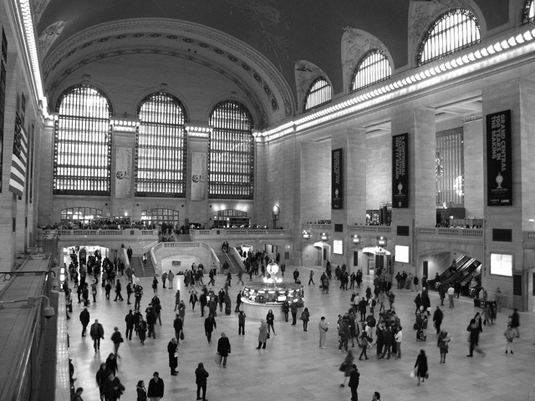 The magic happens inside. It has been called one of the city’s best indoor spaces and I couldn’t agree more. That it hosts a multitude of activities and the thousands who pass through everyday, and still remains “grand”, is just amazing. The scale of the main concourse is a lesson in architectural proportion. It allows expansiveness without dwarfing the human scale or affecting the flow it was designed to handle. Of course, its character is closely connected to the noble materials used and the elegant details, but for me the way the light enters it is what gives the space its fabled grandeur. No wonder it has attracted photographers and cinematographers alike, for decades. 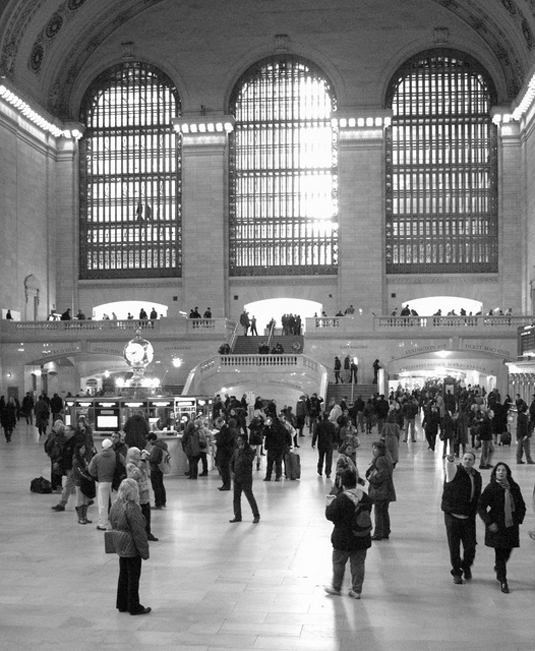 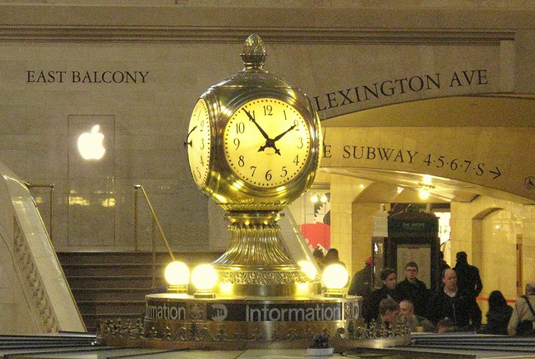 This week, as the building celebrates its 100th anniversary, I went back and took another look at it. It’s all so vast. The moving crowds are so intense. But as I stood there, I realized that all around me the traffic was flowing perfectly. In fact, it all works like a well-oiled machine; it’s hard to imagine that this complex project, with its many intricate details, was set in place a century ago. A reminder that time has passed, I’m surprised to find yet another Apple store on the East Balcony. Clearly a smart business decision– Grand Central’s stores report some of the highest per square foot revenue rate in the country. Now, the building erected to bring people together from afar, features an outlet for the products that do the same thing in the virtual world. 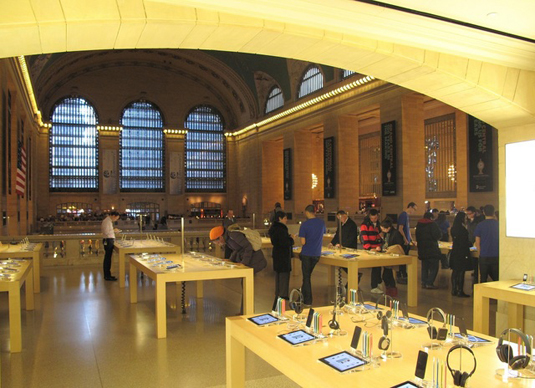 The official Centennial celebrations started February 1 and I was invited to attend. It was very busy and full of people everywhere; it was, well, like  “Grand Central” in there. In addition to the regular swarm of commuters were an army of police officers, press, politicians, special guests, a band, and entertainers. As testament to what was being commemorated that day, through it all, the terminal kept functioning without a hitch. Trains arriving and leaving, people buying tickets, travelling to distant places or just going home. 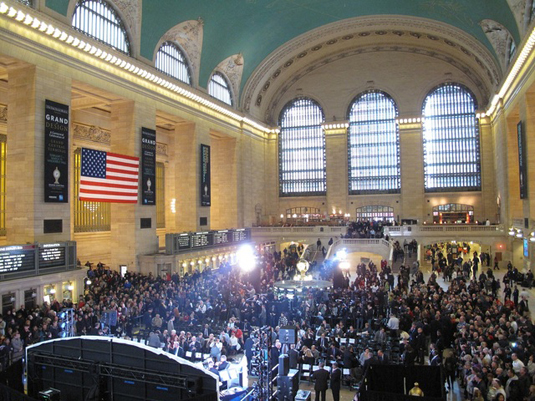 As the saying goes, the only thing for sure is change. Styles have changed, architecture trends and movements have passed, politicians, utopian urban planners, Robert Moses, Ed Koch, Rudy Giuliani, the airplane, now the Internet – Grand Central has survived them all. It remains a relevant, vital, and inspiring urban space. 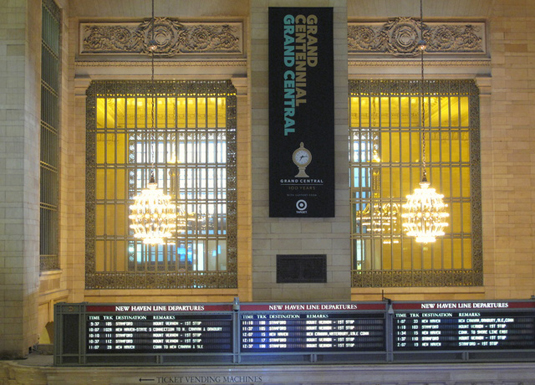 I spoke briefly with Peter Stangl, the chief executive officer and chairman at Metropolitan Transportation Authority Inc. in the early nineties and president of Metro-North Commuter Railroad from 1981 to 1991, asking him why Grand Central has been able to keep its importance and how could it continue doing so in the future. His answer was clear and tells us why this grand room in the middle of the equally grand city will never go away: “ It provides great service well. It’s a great functioning railroad station, it moves crowds of people daily in an efficient way, and there will always be a need for that.” 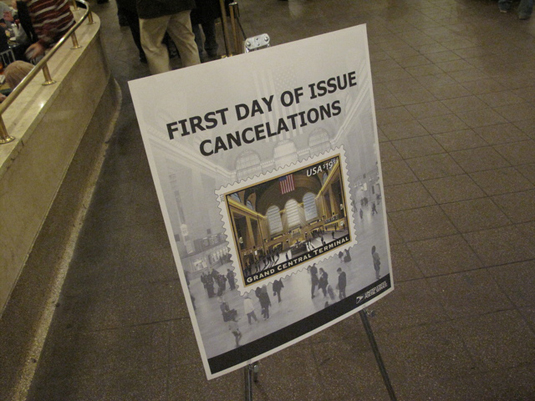 We can chat on our iPhones and iPpads and iWhatnots all we want, but at some point we will want to go the distance and meet one another. In Manhattan there’s no better place to meet than under Grand Central’s iconic opal-faced clock. 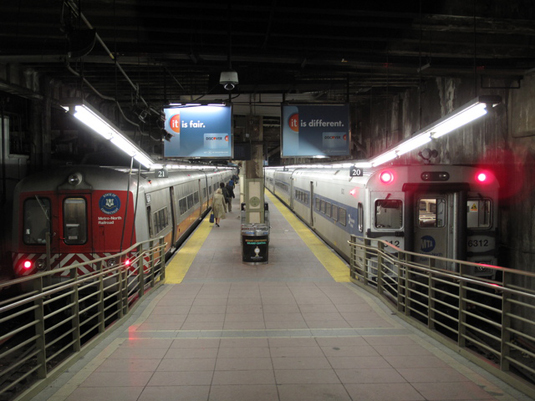 Paul Clemence is an award-winning photographer whose work is part of many collections, including the Mies van der Rohe Archives and housed by MoMA, New York.  He exhibits both in the U.S. and on the international fine art circuit, from classic B & W prints to large scale photo installations. A published author, his work can also be seen in major design and lifestyle publications. His “Architecture Photography” Facebook page receives over half a million hits monthly. Photographs by Paul Celemence. Related Articles: NYTimes – 100 Years of Grandeur by Sam Roberts