Hans Hollein, Polemical Architect With a Sense of Humor, Dies

The Austrian architect was a pioneer of Postmodernism, for whom everything was architecture.

Hans Hollein, the Austrian architect and designer and winner of the 1985 Pritzker Prize, has died in Vienna, at the age of 80.

Like most successful architects of his generation, Hollein was a kind of hydra-headed creative force. An artist, theorist, teacher, author, and designer of furniture, tableware, stage sets, and a myriad of other objects, he considered all of these activities, including and especially the making of buildings, to be one pursuit. Everything, he liked to say, was architecture. “There is no real strict border between architecture and design,” he told Alessandro Guerriero. “Design goes over into architecture, just as architecture goes over into urban design.” Hollein’s web site traces a remarkably active 50 year career and illustrates that holistic conviction. It’s one long spool of ideas.

Although born and raised in Vienna, Hollein had a strong, formative link to the United States. After graduating in 1956 from the Academy of Fine Arts, School of Architecture in Vienna, the young Hollein won a Harkness Fellowship, which brought him to America. He studied at the Illinois Institute of Technology in Chicago and later received a masters degree in architecture from the University of California, Berkeley. When he learned that there were seven towns and cities in America named “Vienna,” he set out on a cross-country trek to visit all of them. During these years, Hollein studied and met some of the most important architects of the 20th century including Frank Lloyd Wright, Mies van der Rohe, and Richard Neutra, among others. 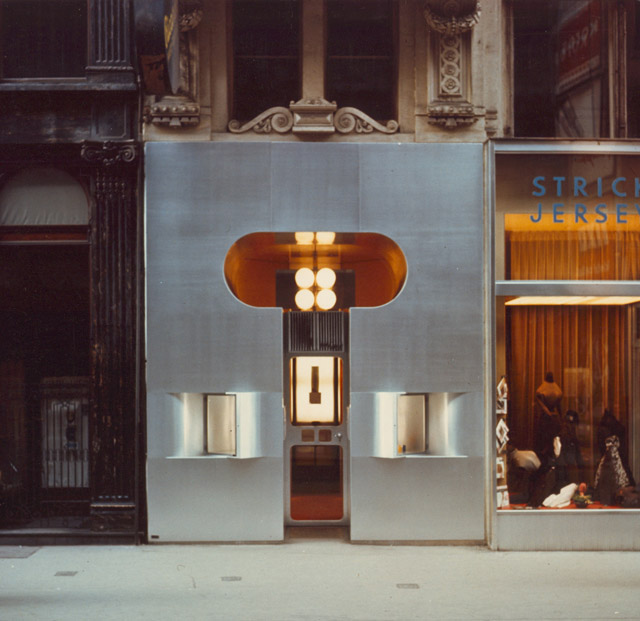 After working at architectural firms in the United States and Sweden, he returned home. One of his first commissions, in 1965, was an exceedingly modest one: the Retti Candleshop, a 12-foot wide store in Vienna. The tiny, exquisitely crafted space was featured in Architectural Forum magazine and won the $25,000 Reynolds Memorial Award, an exceptionally generous prize for its time that was actually greater than the project’s budget. 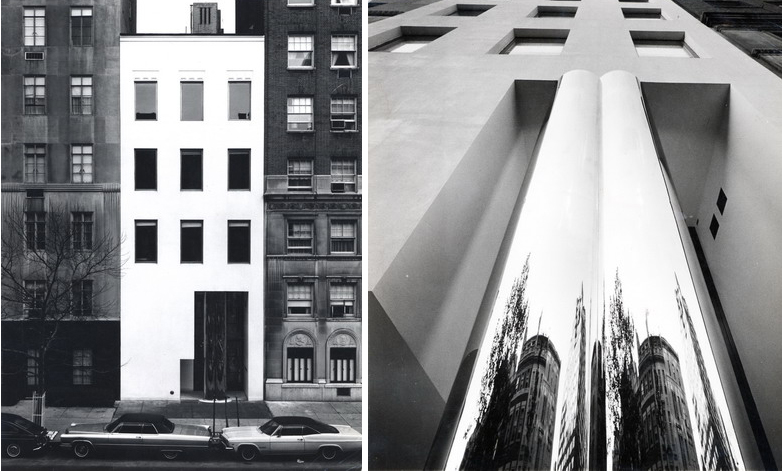 Four years later he designed the Richard Feigen Gallery, on East 79th Street, in New York City. Even though he was educated in the United States and often taught here as a visiting professor, the elegant little art gallery would be one of his few American projects. In the 1970s Hollein created a series of high-end retail spaces, while gradually taking on larger commissions. He completed the Abteiberg Museum, in Germany in 1982, a sprawling campus that helped tip the Pritzker scales in his favor three years later. He won the prize at the relatively young age of 51, which in turn led to one of his most significant buildings, the Museum of Modern Art in Frankfurt. The project realized an uncompromising series of sandstone boxes wedged into a tight urban site. Haas Haus followed in 1991 and became his most controversial building: an audacious steel and stone structure on a prominent corner in Vienna literally in the shadows of St. Stephens Cathedral, the building crystallized the high point of Austrian Postmodernism. The traditionalists, of course, were outraged. 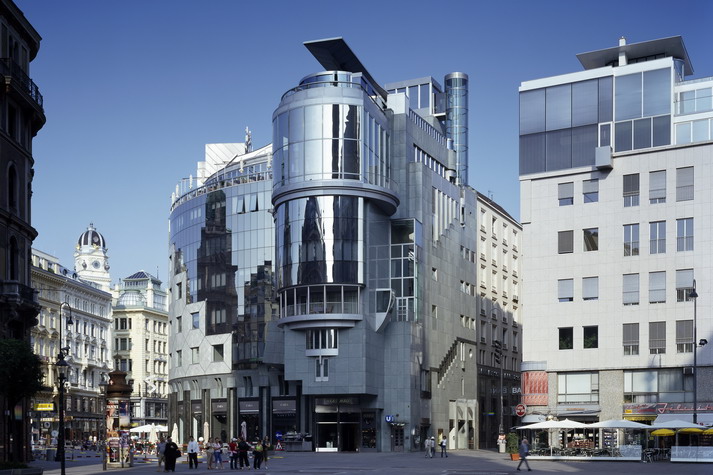 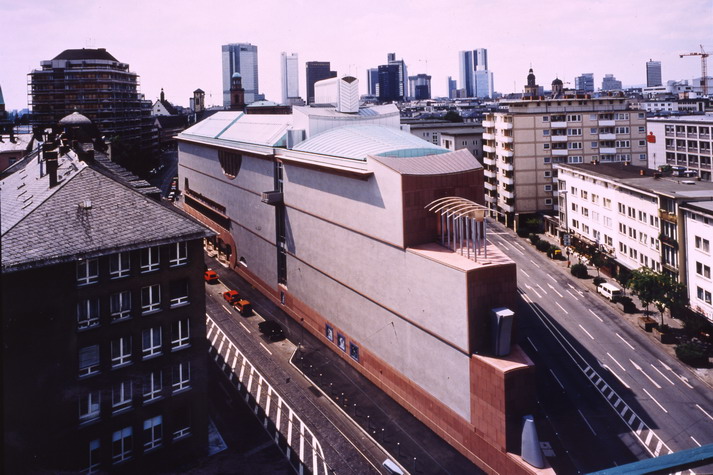 Museum of Modern Art in Frankfurt (1991)

Hollein’s work never quite reached that same level of risk-taking again—at least, not in the built work. But he continued working, on all scales, ceaselessly, engaged in a singular pursuit. In his world, everything indeed was architecture.