A look at the legacy of Harvey Gantt, architect, politician, and pioneer in civil rights 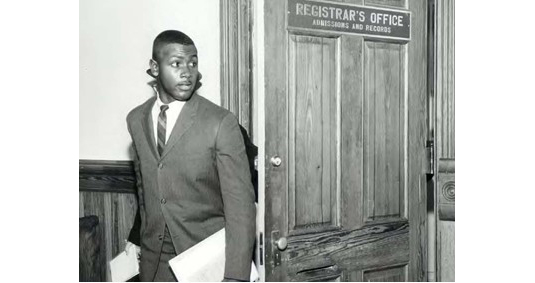 In 1963, by federal court ruling, South Carolina’s Clemson University was racially integrated. The ruling was regarding a 20 year-old Harvey Gantt, who despite excellent academics had been repeatedly barred from entering the university’s architecture program because of his skin color. Rather than accept the status quo, Gantt filed a suit which would eventually make its way to the Supreme Court before he was accepted. It was the first, but not the last time that Gantt would gain widespread attention for his talent, dedication, and ability to break racial barriers in pursuit of his goals.

Fifty years later, the AIA has selected Harvey Gantt to be honored with the 2013 Whitney M. Young Jr. Award for his long career as an architect, politician, and pioneer in civil rights. The award is named after the former head of the Urban League who in 1968, called attention to the AIA’s lack of social advocacy, and challenged women and minorities to become more actively involved in the profession of architecture.

Gantt’s groundbreaking entrance into Clemson University was just the beginning of his successful career, which has been marked with achievements in several fields. After graduating from Clemson, Gantt earned a masters degree in city planning from MIT and then returned to Charlotte, North Carolina. A year later in 1971, he founded the successful firm, Gantt Huberman Architects, with his partner Jeffrey Huberman. Since then, the firm has designed many prominent buildings in the Charlotte area including museums, educational buildings, and rail and bus stations. 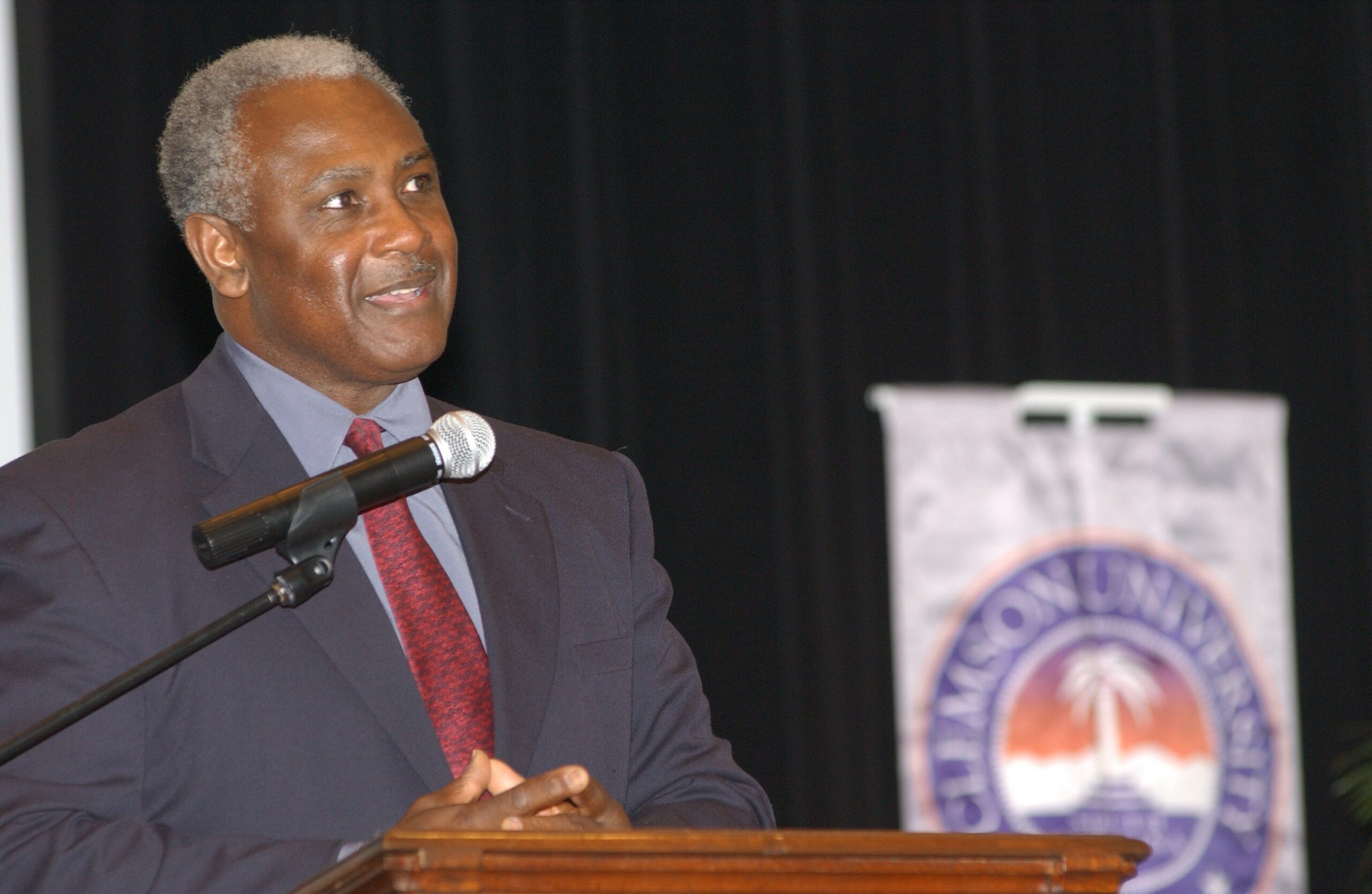 Somewhat by accident, Gantt began a second career as a politician soon after. In 1974 he was appointed to a position on Charlotte’s city council to fill a vacated seat. Launched by his success there, Gantt was elected mayor of Charlotte in 1983—the first African-American to occupy that position. During two terms as mayor he supported programs to preserve historic neighborhoods, and was instrumental in bringing an NBA franchise to the city. 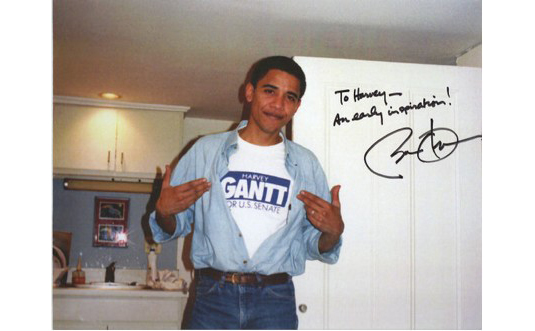 Leaving this career in city politics, Gantt was nominated as the Democratic candidate for Senate in 1990 and again in 1996, but was narrowly defeated both times. Nonetheless, his bravery in politics was an inspiration to many, including another budding politician who would run for senate a decade later. Inside Gantt’s house is a framed photograph of a young Barack Obama sporting a “Harvey Gantt for U.S. Senate” t-shirt. The signed note reads, “To Harvey–An early inspiration!”

Now Gantt prefers mostly to stay out of the public eye. His achievements, however, have already made a great enough impact to ensure that his positive legacy will extend far into the future.