Victoria Meyers offers some of her observations on architectural education

Victoria Meyers is an architect with a prolific and varied career. She is a founding partner at hMa, where her current design interests include how architecture can achieve beauty while embodying the principle of “zeroness” as well as using sound and light to produce unique architectural solutions. But Meyers does not limit her endeavors solely to practicing architecture. She also writes—one book on light, another currently in development, on sound—and she teaches. Given that the field of architecture has changed radically over the past five years through a convergence of economic factors and technological advancements, we asked Meyers to offer some of her observations on architectural education. 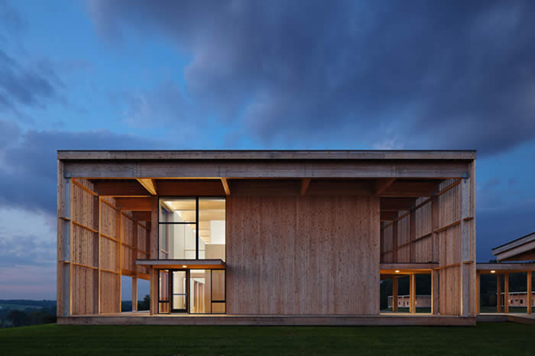 Sherin Wing:  How did your own education influence the way you teach now? Victoria Meyers: It’s hard to know what to tell people. My undergraduate degree was in civil engineering and art history, so I had a much broader knowledge of art history than my contemporaries at the GSD. It’s not for everyone to do what I did. Most people don’t want to be in school as long as I was, they don’t want to read as many books as I’ve read and they don’t want to spend as many hours studying as I’ve spent studying. But when I’m teaching and when I’m talking to contemporaries about a project, I will always go into the history of a typology more because that is very real for me. SW:  How has your perspective on education changed over the years? VM: For many years I was tough as a teacher, though now I’m not. I look at the kids and I see such a rough road ahead of them and I think back on my own educational experience. I think back at the different things that were evaluated and realize that things never turn out the way we were told or expect them to. When we were graduating, there was one or two students held up to us as superstars, but we never heard from them after graduation. I’ve also been behind the Wizard of Oz’s curtain and I know all the machinations of people who teach, psychological games, and how they’re presenting information. 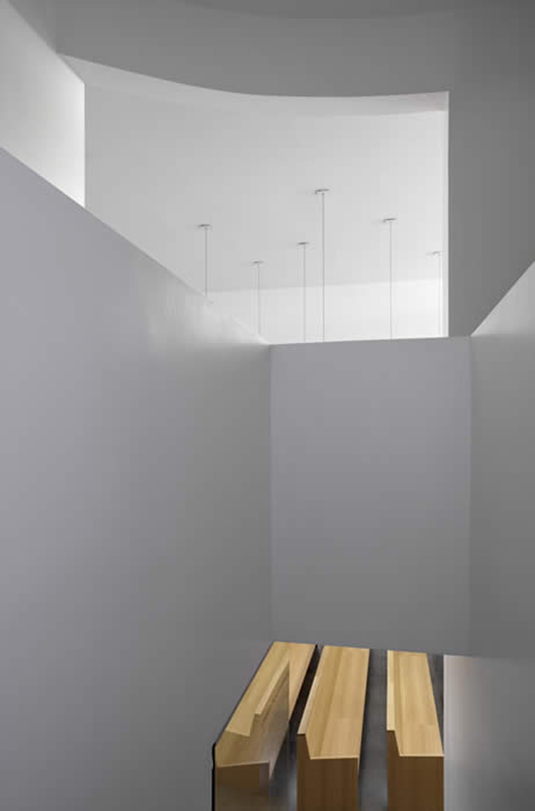 SW:  What do you emphasize in your teaching? VM: Almost every professor I had in graduate school basically wanted the students to mimic a certain style they were interested in. And if you didn’t they would be very punishing, which seemed very odd to me. I’ve never taken that position with my students. The only time I become aggravated with a student is if they are presenting a work packaged in a very prescripted style. That means they’re not thinking for themselves or being critical. Otherwise I feel I can’t judge them. They ask why not and I say because I know what happens in the future. And I can’t judge this stuff. For example, they’ll come to me after a bad review, freaked out, and I’ll say you can’t take it that seriously because it isn’t meaningful. If you have a meaningful deficiency, I will tell you. But if you don’t have a meaningful deficiency, I’m not going to say yes or no, it doesn’t have meaning because it could be great or it could be bad. You’re like a soup that’s boiling and I’ll know after ten or fifteen years something about where it’s going. SW:  What are some of the skills that you think are fundamental for students to learn? VM: It’s a tough field, because you have these incredible tensions. And I think the students in schools of architecture don’t understand this. For example, with clients, they’ll say, well, if you were just really tough, if you just put your foot down, then the clients will listen. And I tell them, no, I really can’t. There really is a budget. I really do have to do this. There really are realities that you have to deal with. 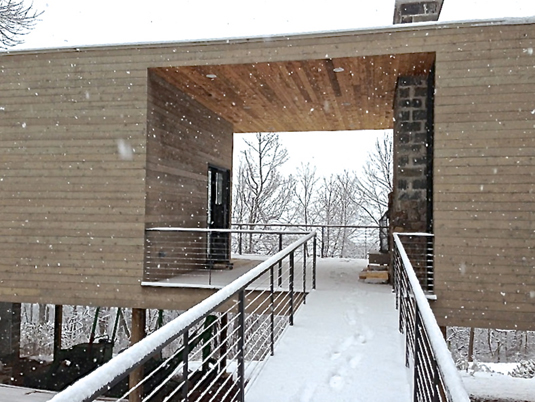 I also remember when the first wave of the crazy stuff came through at Columbia. And I remember going to this review where the kids were all doing the fold and talking about the fold. There was a student presenting this project and talking about Frank Gehry’s works and how there was a system. I was on the jury and I said, I know a lot about Frank’s work. I know how he builds his work and it isn’t even close to being a system: the curves are decorative pieces that are fastened back to the post and beam; everyone in the room starting hissing at me. I told them that they weren’t avant garde and that I actually know how Frank Gehry builds his stuff. And then I left. Students in architecture schools have hated to hear what I’ve had to say. But the truth is that when you go to a job site, the guys wearing those leather belts have the same tools in those belts that the guys had in the 13th century. They’re not that different. Except that the guys in the 13th century had more skills. But that’s where education gets so odd. There are these waves of fashion that go through schools. I never liked fashions. Fashion causes people to lose their minds and they don’t want to believe that reality still exists. But the truth is that if you want to be a good artist, you have to know the mechanics of the way that everything works. For example, sound is just beginning to take off as a study area. Everybody was chasing after light, but there is a lot in sound, and if you were a physicist starting out, you would be smart to go into sound. I think that you need to understand all of those things to make architecture, which is an art. If you’re just building, you really don’t need that knowledge. But if you really want to make architecture that’s art, you need to have those things in your mind. Because architecture work is to strive to talk about those inventions and ultimately, the ways in which the body of knowledge of the human race is expanding.

Sherin Wing writes on social issues as well as topics in architecture, urbanism, and design. She is a frequent contributor to ArchDaily, Architect Magazine and other publications. She is also co-author of The Real Architect’s Handbook. She received her PhD from UCLA. Follow Sherin on Twitter at @SherinWing