I am a Climate Refugee

A refugee from Hurricane Sandy discusses climate-related issues that will plague costal cities in the future.

I am a climate refugee, or at least, I was for nearly 2 weeks after Superstorm Sandy hit the NYC metro area. What is a climate refugee?  It’s someone who’s been displaced due to the effects of climate change.  Millions of people throughout NY, NJ and CT are now official members of this latest category of citizens.  Climate change has been called a moral issue because impoverished nations are supposed to be the first impacted.  Sandy illustrated that rich localities can easily become the Third World when the web of infrastructure we depend on collapses.  It’s a good bet another Sandy will hit the region within five to ten years. It was the second hurricane to ransack the northeast in two years.  Let’s hope the next downpour isn’t a category 3 or 4. 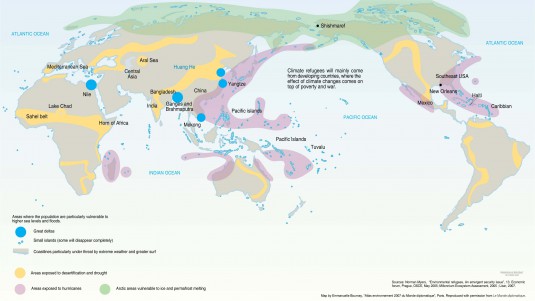 The aftermath has brought about two major ways of looking at our future.  One is to explore how the region can become more resilient and adaptive to climate change.  The other calls for “rebuilding stronger than ever” and implementing sea walls to protect the Big Apple from surging water.  Both paths are extremely challenging, because we are facing three-front fight.  We have to adapt to how our footprint has already altered weather patterns. We have to muster the willingness to continue eliminating further damage to the climate, and we must unlearn what we think modern society is.  Lastly, we have to do this as budgets and debt make it impossible for expensive solutions.

My Experience At around 7p.m. on the night before Sandy made landfall, the lights in my house flickered and then went black.  It would be nearly 14 days before they came back on.  My house was built in the 1960’s – it is a beautiful vintage, mid-century style ranch home.  When first built, it was a model for the future. Everything in the house is electric from the hot water heater to the space heating to the air conditioning.  Three decades ago, electricity was cheap.  Now, homes with electric-centric mode of operation are a financial burden. 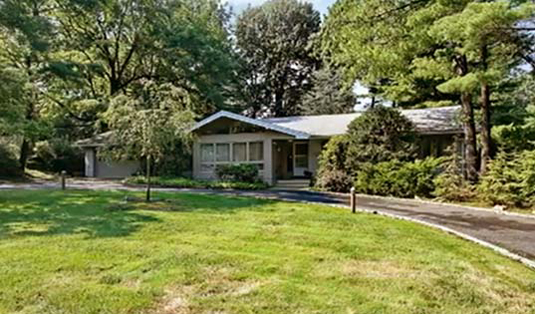 We are all becoming more and more dependent on electricity – from our smart phones to laptops, electric commuter trains, elevators, garage doors, alarm system and the Internet.  Businesses depend on it to charge credit and debit cards, run cash registers and computers. A day without power is a day of lost revenue.  In the past, many have talked about our addiction to foreign oil.  Our real addiction is to kWh and electronics. Being a climate refugee sucks.  My suffering was mild in comparison to many others.  I only lost power, which meant we (myself, my wife and son) had no heat during a cold period in early November.  With temperatures dropping, we were forced to find refuge. We stayed with neighbors and family. Everyday we tried to find out what the utility company was doing to restore power. All we got were automated answer services and robo-calls.  It was impersonal and uninformative. The powerlessness of having no say and no ability to speed up the recovery was torture – the shame of being unprepared and unable to provide for my family hit deep. 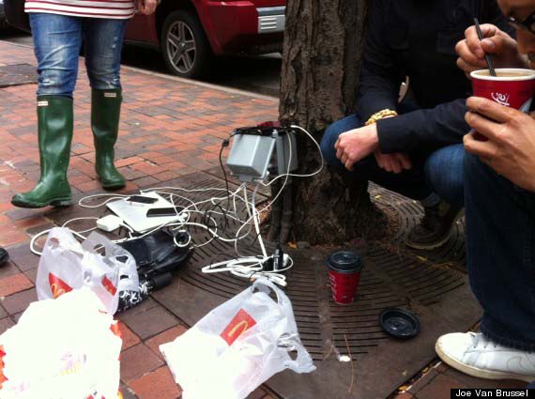 My house is a metaphor for the world around us. Our solutions for climate change and energy independence has been to move from multiple fuel types to a mono-energy source mentality, namely electricity. The goal of sustainability over the last ten to twenty years has been to focus on producing energy from solar, wind, and nuclear which all generate electricity. This is the first part of our challenge.  Renewables are good for reducing carbon emissions, but a single fuel type is not good for resilience. When the grid failed due to the storm, all the electricity in the world (clean or not) was useless. This is a huge blind spot. A resilient society can’t trick itself into thinking electricity is enough of a solution. Our growing dependence on electricity is not only a problem for our homes. Sandy showed that it puts our culture in jeopardy regarding transportation and the economy.  As the power went down, all of the transit authorities from New Jersey Transit to Long Island Rail Road to Metro North (three of the largest transit authorities in the NYC metro area) were out of commission. Millions of people could not get into Manhattan causing businesses to suffer. Without electricity, even telecommuting was not an option. Add to that the damage from flooding and wind, it took weeks for the regional mass transit system to start moving again. The NYC subway system was hailed as a success because it was able to recover in mere days.  However, the city is dependent on the surrounding population to support its economy.  It is not an island unto itself. 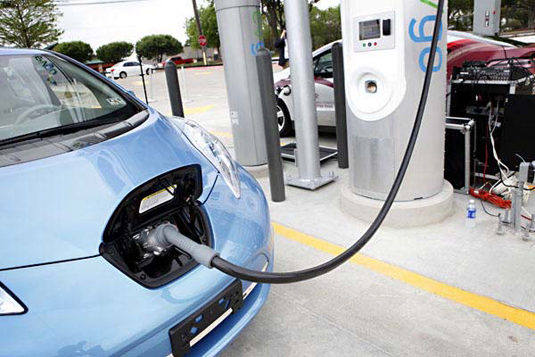 The loss of the electrical grid brought individualized transportation (aka cars) to its knees as well. Gasoline shortages were caused by port closures and the inability for gas stations to pump gas. This created lines hours long to wait to get a fill up. Chris Christie, New Jersey’s governor, was the first elected official to institute rationing of petrol based on the digits of your license plate. Later, Mayor Bloomberg did the same in NYC. 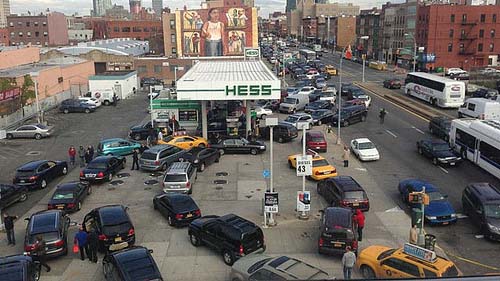 It was maddening.  No power, no ability to speed up the recovery, and no ability to have easy mobility due to lack of gasoline. I took to Twitter to find gas stations in northern New Jersey with the shortest lines – searching #njopen and #njgas.  During my time in line, I began to wonder how much worse the situation would be if everyone had electric cars. Standard automobiles can fill up in a matter of minutes.  Electric cars take hours. Imagine the wait for charging stations for an all-electric vehicle society! Before pushing forward a societal change of e-cars, we must weigh potential problems they pose to resilience. Charging time is only one liability. Range is another. They greatly hindered your ability to search for refueling stations and are highly risky if ever you had to escape an area if the distance is more than 50 or 60 miles.

Big Thinking Sandy really was a smack in the face. Though many climate change advocates used the aftermath as a soapbox to say “told you so” and push typical solutions – the true awareness people should take from the event is that it’s not as simple as some want you to believe.  We can’t just “fix” or “rebuild” our way out of the damage from Superstorm Sandy or climate change as a whole. Big questions have emerged such as, Are coastal cities even a viable option for large populations, or financial centers? How do we have a poly-energy society while eliminating carbon emissions? Can we trust mass transit if it can be put out of commission so easily? Are we able to break our addiction to electricity? Can we redefine modern society while maintaining the connectivity we all love? 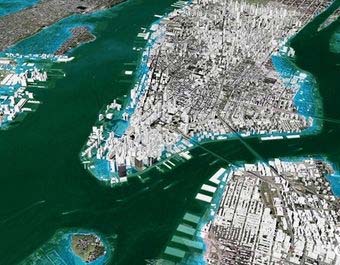 We should continue to reduce our carbon emissions.  However, Sandy was not caused by some future parts per million of carbon in the atmosphere. It was the result of current conditions.  Moreover, reducing our carbon footprint will not prevent another superstorm – we actually have to remove more than our fair share to remove the threat of other nor’easter hurricanes. Resilience will take generators that run on fossil fuels as well as localized renewables like solar panels installed on the roofs of homes and buildings.  Neighborhoods should begin to ask how they could be in more control of their energy grids and recovery rates.  Nearly all of the proposed solutions called for by advocates to mitigate the effects of climate change were the systems that failed during the storm – from mass transit to the electricity grid.  The days and weeks afterwards showed sustainability answers only one part of our three-front battle. 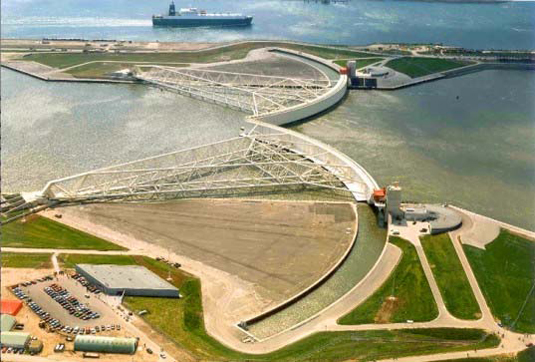 Surge protection is also only a partial answer.  For low-lying coastal communities, wave swales swamped entire neighborhoods. It wasn’t just Sandy’s waves that caused problems.  The winds knocked out power in areas above the floodplain.  In fact, the wind had as much of an effect as the storm surge.  The proposed multi-billion dollar walls in New York Harbor would do nothing to provide protection from gusts. The sea walls don’t address the concern for rain either. Already in NYC, with an above average rainfall, subway lines have to be shut down. Future hurricanes could drop large amounts of rain on the five boroughs as well as surrounding areas causing mass transit disruption, inland flooding, and infrastructure damage.  This was the case for Hurricane Irene as it moved north of New York.  Building stronger isn’t the smartest strategy.  Instead, we should chart a different course. 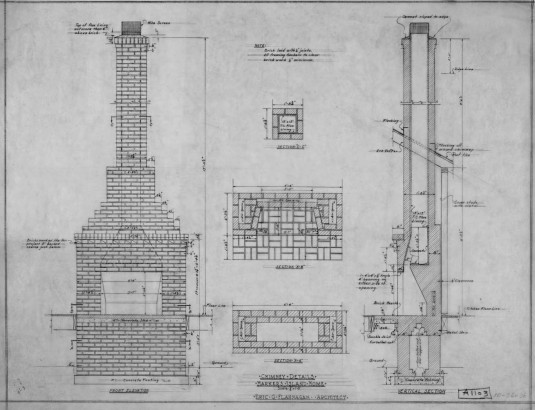 Back Home It’s understandable that we want sweeping solutions for the challenges we face. The complexity however will not yield to simplicity. As the heat and lights came back on in my house and my family eased back into our daily lives, the urge to think things were normal was strong. Yet, being climate refugees has changed us forever. I’m looking into adding solar panels to my roof and buying a generator. I’m also looking into de-modernizing my house by installing a fireplace and chimney. It’s a concept that could scale to all of society.  We still need to build green buildings, become more energy efficient, increase renewable energy production and promote sustainable lifestyles.  At the same time, innovation means moving away from electricity. Resilience, sustainability, adaptation, and climate change need fresh, new ideas.   The old protocols for carbon reduction and a green society are not enough for our new normal.

Neil Chambers, LEED-AP is the CEO and Founder of chambersdesign, a research-based, contemporary design company, focused on next generation architectural and technological solutions based in DUMBO Brooklyn. He is the author of Urban Green: Architecture for the Future.  Neil’s work includes urban design, green building design, energy assessment, master planning and habitat restoration.  He is interested in the relationship between ecosystems, ecological services, buildings and infrastructure.  He has taught at NYU and FIT as well as spoken throughout the United States and around the world.  Join the conversation at www.facebook.com/architectureforthefuture.