In 1859, game hunter, sheep farmer, and horse trainer Thomas Austin released twenty-four wild rabbits on his estate in Western Australia. In ten years, those rabbits had become several million, denuding a landscape that had never before faced the scourge of such determined herbivores. The Royal Commission formed to deal with “The Rabbit Question” came […]

In 1859, game hunter, sheep farmer, and horse trainer Thomas Austin released twenty-four wild rabbits on his estate in Western Australia. In ten years, those rabbits had become several million, denuding a landscape that had never before faced the scourge of such determined herbivores. The Royal Commission formed to deal with “The Rabbit Question” came up with a solution called the No.1 Rabbit Proof Fence–2,023 miles of barbed wire right across Australia, sealing off the rabbit-infested western coast, and requiring constant patrolling. Over a century later, seeing a small portion of that fence replicated this month in Lisbon for the exhibition Utilitas Interrupta: An Infrastructural Index of Unfulfilled Ambitions, makes the urgent efforts of an entire continent seem pitifully ludicrous.

The Salton Sea in California, often described as the only man-made mistake visible from space, photo: Luís Rocha.

More than anything else, the exhibition, curated by Joseph Grima, the editor-in-chief of Domus magazine, and displayed as part of the EXD’11 design biennale in Lisbon, is an exercise in hindsight. Utilitas Interrupta features seventeen case studies of grand infrastructural projects, into which politicians, architects, and developers once poured the optimism, labor, and money of entire nations, but that now lie useless, thanks to changes in regimes, financial crises, or inevitable fate: an 892,000-square meter mall in South China, in which the only human beings are the employees practicing Tai Chi to kill the time; an elevated concrete train track that serves only to remind us that the French once believed that super-fast, air-cushioned trains were the future of transportation; a Bridge to Nowhere in the San Gabriel mountains in California that Americans in the 1950s believed would let them flee Los Angeles after a nuclear catastrophe. It is not just the case studies that are drawn from around the world, the message is also a universal one—when monumental structures fail, they fail especially miserably.

Grima suggests that the exhibition is less about passing judgment and more along the lines of an anthropological inquiry. “Infrastructure is sort of the maximum impression of a culture,” he says, “a powerful way of looking at who we are.” Grima and the associate curator, Elian Stefa, conduct their inquiry with impressive restraint. An exhibition about derelict structures could easily have turned into demolition porn, but Utilitas Interrupta uses a variety of materials—photographs, models, marketing materials, high definition video projections, and even a hologram. As part of a major tourism drive, the Soviet Union went on an airport-building frenzy during the Cold War, connecting 3,600 cities. This period of madness is represented not by pictures of abandoned facilities, but by an array of souvenir pins that the airlines gave out to Soviet citizens as a reward for choosing to fly. 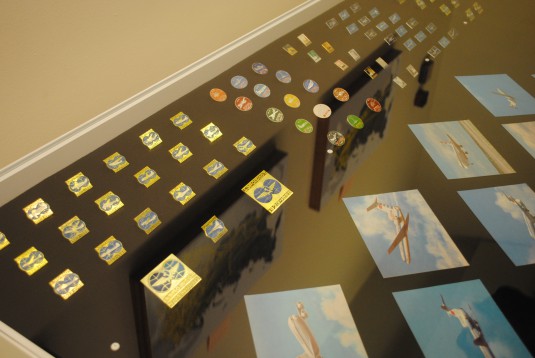 An unavoidable air of pathos hangs over the show, alleviated only by the occasional touch of humor—a taxidermy rabbit gazes wistfully from behind the replica of the Australian fence. Most of the exhibition is housed in the Fundação Arpad Szenes-Vieira da Silva, an art museum, but four of the case studies are displayed in a neighboring piece of preserved, but useless, infrastructure—the monumental reservoir that used to collect Lisbon’s water supply via aqueduct. Video projections are dramatically suspended from the vaulted roofs over the giant water tank. On the roof, the Albanian-born Stefa has recreated two concrete bunker from his native land, replicas of the hundreds of thousands of monuments to his country’s paranoia during a dictatorship in the 70s. 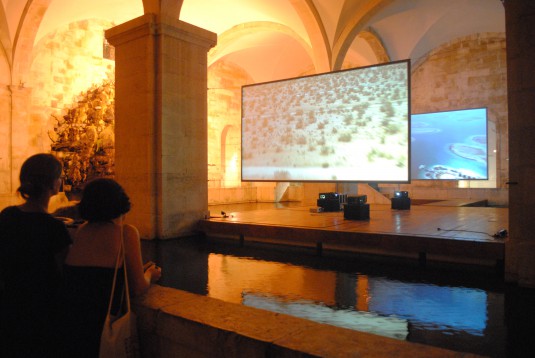 The theme of EXD’11 is “Useless,” and Utilitas Interrupta exposes the folly and hubris at the heart of creating infrastructure, the one place where utility should trump everything else as the purpose of construction. But this exhibition is more than just a 20th century update of Shelley’s Ozymandias—or it should be. Infrastructure is still the big challenge for many cities around the world. In the informal settlements of Rio, Nairobi, and Mumbai, people manage to build rudimentary houses for themselves—it is sanitation they absolutely lack, and sewage, and electricity, and roads, and trains. Our cities are set to explode by 2030, and the coming decades are bound to be years of frantic infrastructure building. Which is why I’m convinced that if there is a design exhibition in recent times that deserves to travel, it is Utilitas Interrupta. The argument it makes against the folly of grandiose, centralized plans in which, as Grima puts it in his curatorial note, “the cure is recognized as worse than the disease,” needs to be heard around the world.

Utilitas Interrupta: An Infrastructural Index of Unfulfilled Ambitions, is on view until 27 November at the Fundação Arpad Szenes-Vieira da Silva, Lisbon.