A new media hub at the Columbia University Graduate School of Journalism seeks to address the dramatic shifts in the profession. 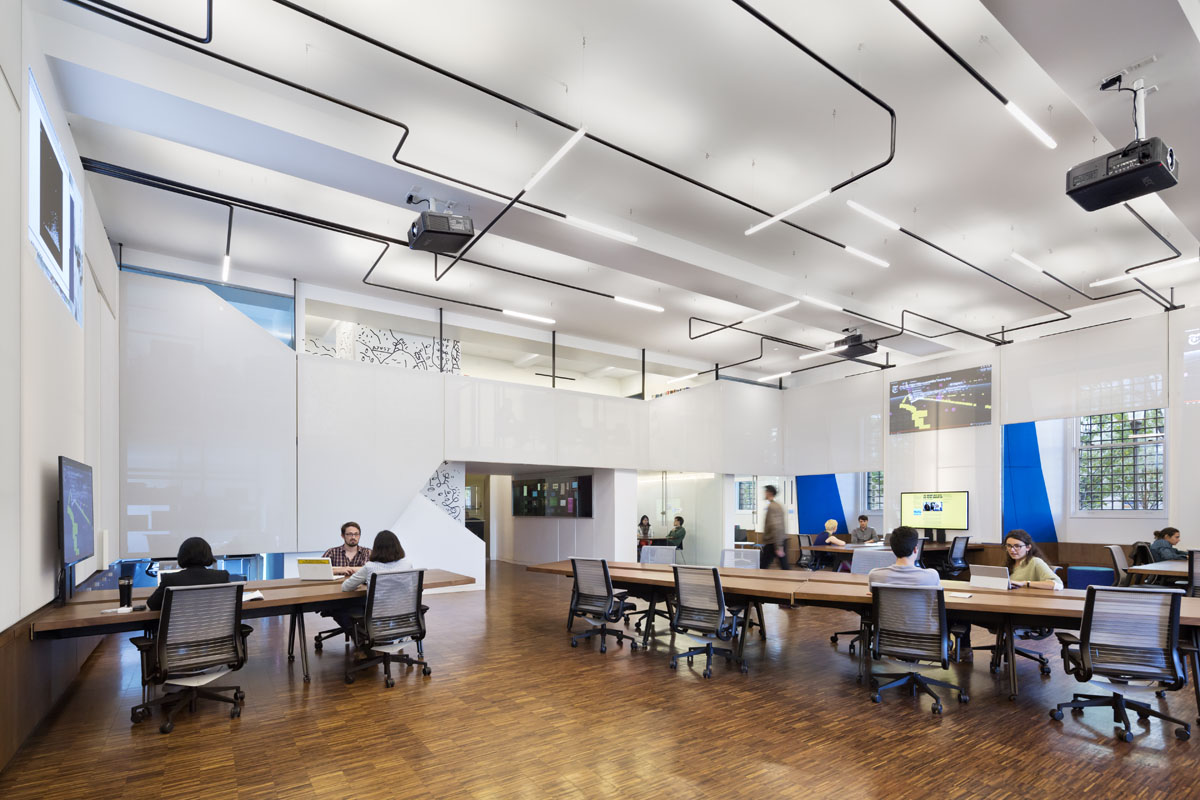 It would be an understatement to say the fifth estate of bloggers and social media has drastically changed the way audiences consume news. Today, newsrooms are implementing digital-centric roles such as content strategists and engagement editors, while journalism schools at institutions like Columbia University are revamping their courses and campuses to keep up with the changing times.

Last fall, the university opened a state-of-the-art, high-tech newsroom on the ground floor of its 1912 McKim, Mead, and White–designed historic Pulitzer Hall. The renovated space was a gift from longtime Cosmopolitan editor Helen Gurley Brown in memory of her late husband, David. “I think the school wanted to create a space that shows it is actively addressing the very significant shifts in journalism,” says Marc Tsurumaki, principal of LTL Architects. “So incorporating digital interaction, flexibility, and fluidity into the media lab was really important.”Leaving the floor plate as open as possible, the New York–based architects removed most of the space’s interior partitions and subdivided offices. They opted to house the office spaces via a suspended mezzanine above a series of meeting rooms overlooking a large collaborative work environment. 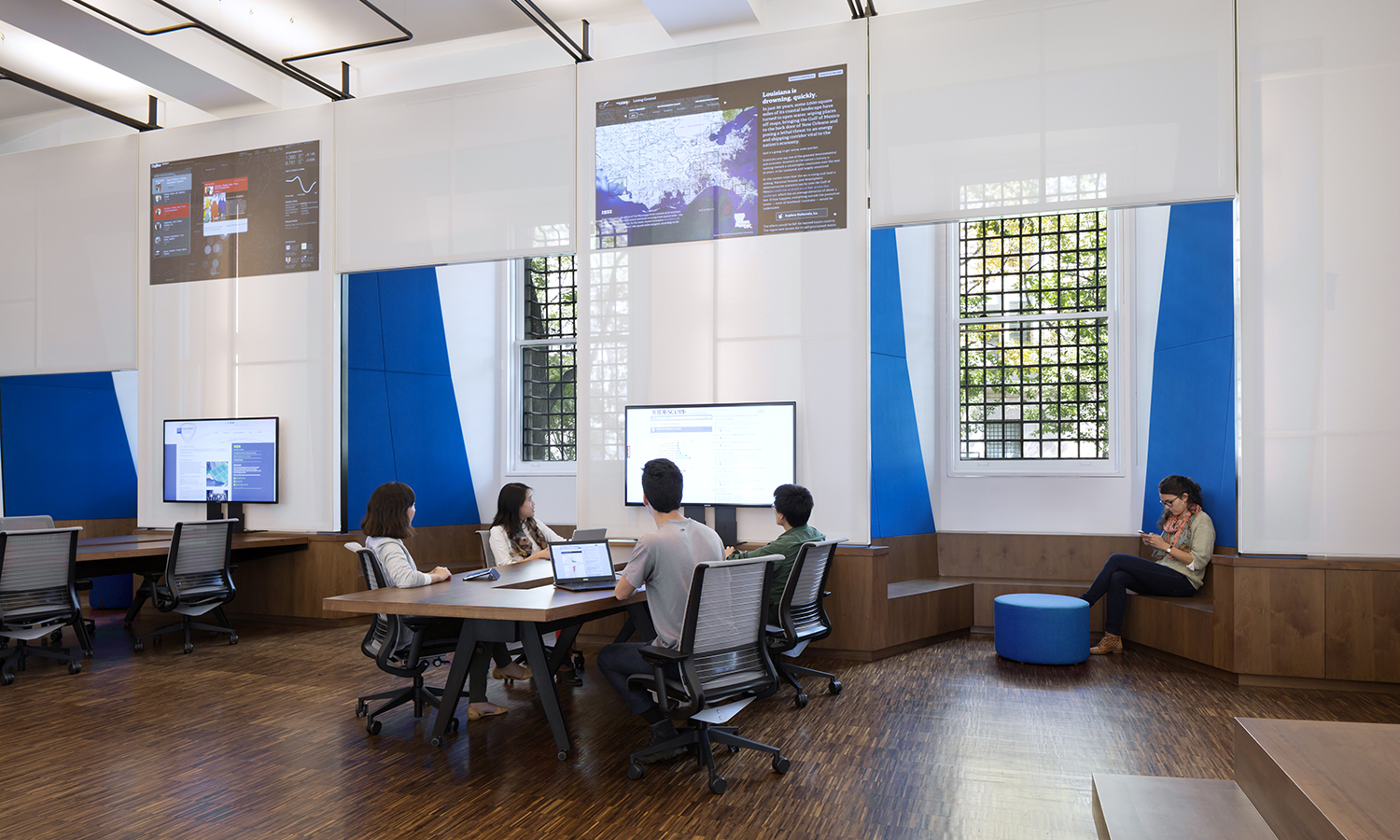 This active workspace or “incubator” on the main floor is accentuated by mobile furniture that can be reconfigured to serve different functions. The pièce de résistance is the continuous interior facade that envelops the space’s double-height volume in white translucent shade cloth. This “scrim” functions in a number of ways. It acts as a digital projection screen, a scaled window shade to mitigate daylight, and a lighting source to illuminate the space at night.

“For a learning environment, you want to be able to control both your overhead and your ambient light, as well as the illumination of vertical surfaces,” says Gabe Guilliams, associate principal of BuroHappold Engineering, who was the lighting design director for the project, and worked with senior lighting designer Pei-Chun Yang. “This is very important to creating a successful space that is media dominated.”

As the industry tries to figure out the new media landscape, Columbia and its benefactors are hoping the new space will help it transform journalism.