The WUHO Gallery will launch the new exhibition, Deborah Sussman Loves L.A., with the help of Kickstarter.

Los Angeles today would have looked quite different if it weren’t for the graphic and architectural work of Deborah Sussman. When one thinks of L.A., especially the L.A. of the 70s and 80s, it’s probably a Sussman collage they picture in their mind’s eye. Bold, super, color, color, color—they’re the Sussman hallmarks, but could just as easily be applied to L.A. as a whole. The city’s postmodern verve is directly indebted to her influence, as a forthcoming show aims to illustrate.

In mid-December, the WUHO Gallery at Woodbury University will mount the exhibition, Deborah Sussman Loves Los Angeles! Displayed will be works spanning Sussman’s early-to-mid career, from her tutelage at the studio of Ray and Charles Eames to her collaboration with Frank Gehry and other forays into architectural design in the late 60s. The timeline culminates with Sussman’s groundbreaking, and by now, canonical turn at the 1984 Los Angeles Olympics, which, according to the show’s curators, gave birth to “pop up” architecture—just one of the project’s and Sussman’s many lasting contributions to the field. Throughout, Sussman’s design development is framed against the backdrop of L.A.’s own rise into a global city, and the offbeat design culture that thrived with that transformation.

WUHO will install the exhibition using funds generated by a Kickstarter campaign, which concludes over the weekend. Over a hundred backers have already pledged their monetary support to the cause, with many from L.A. themselves. Clearly the the love is mutual. 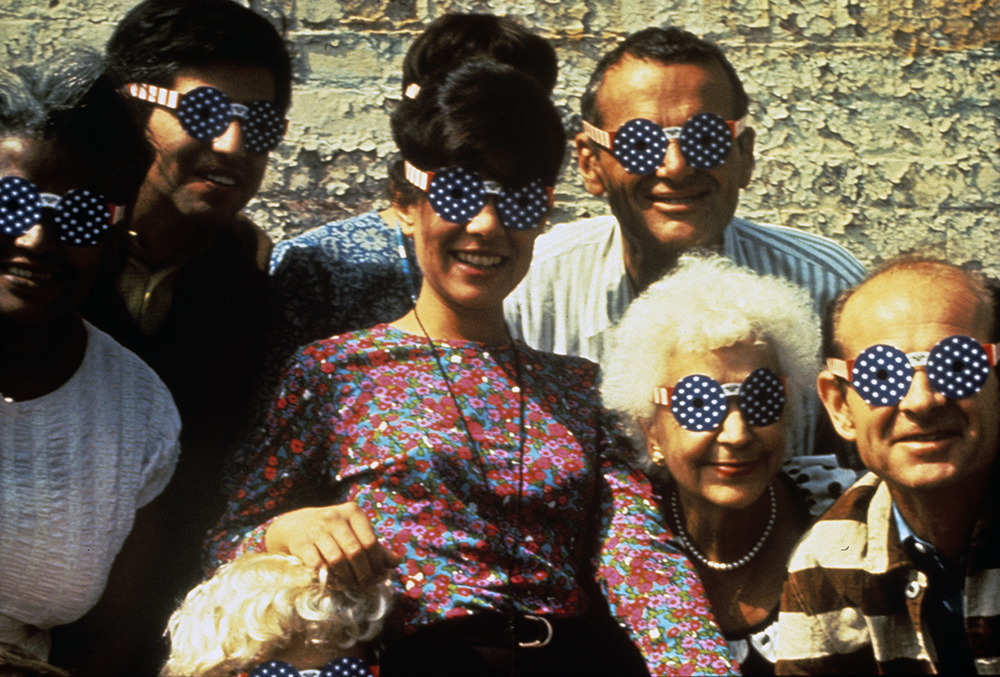 Sussman, center, with fellow designers at the Eames office. They sport patriotic shades Sussman designed to ring in July 4, 1965 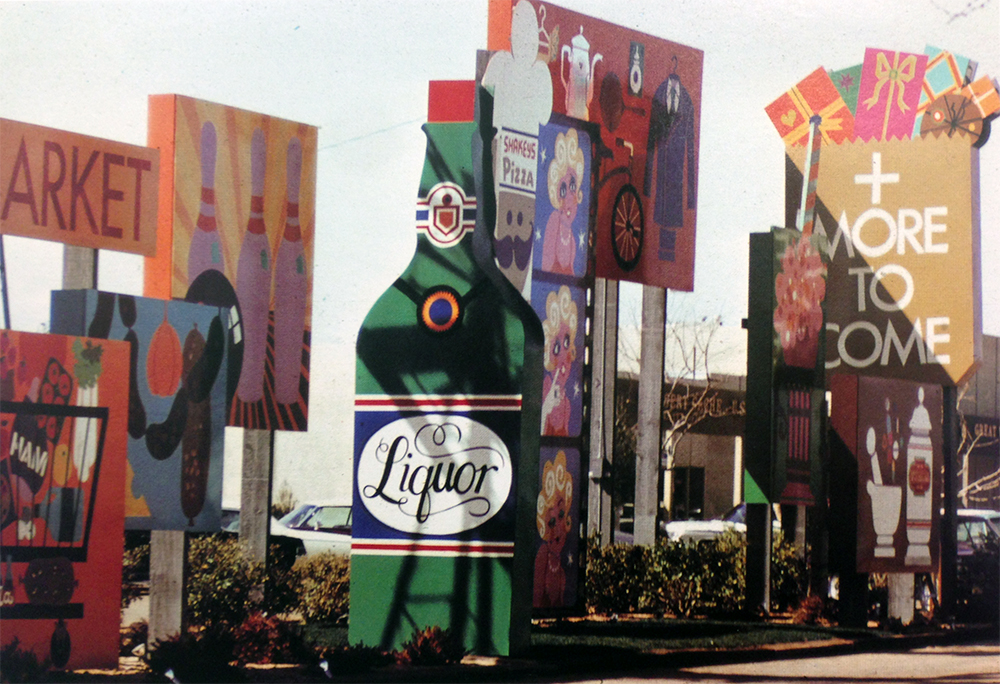 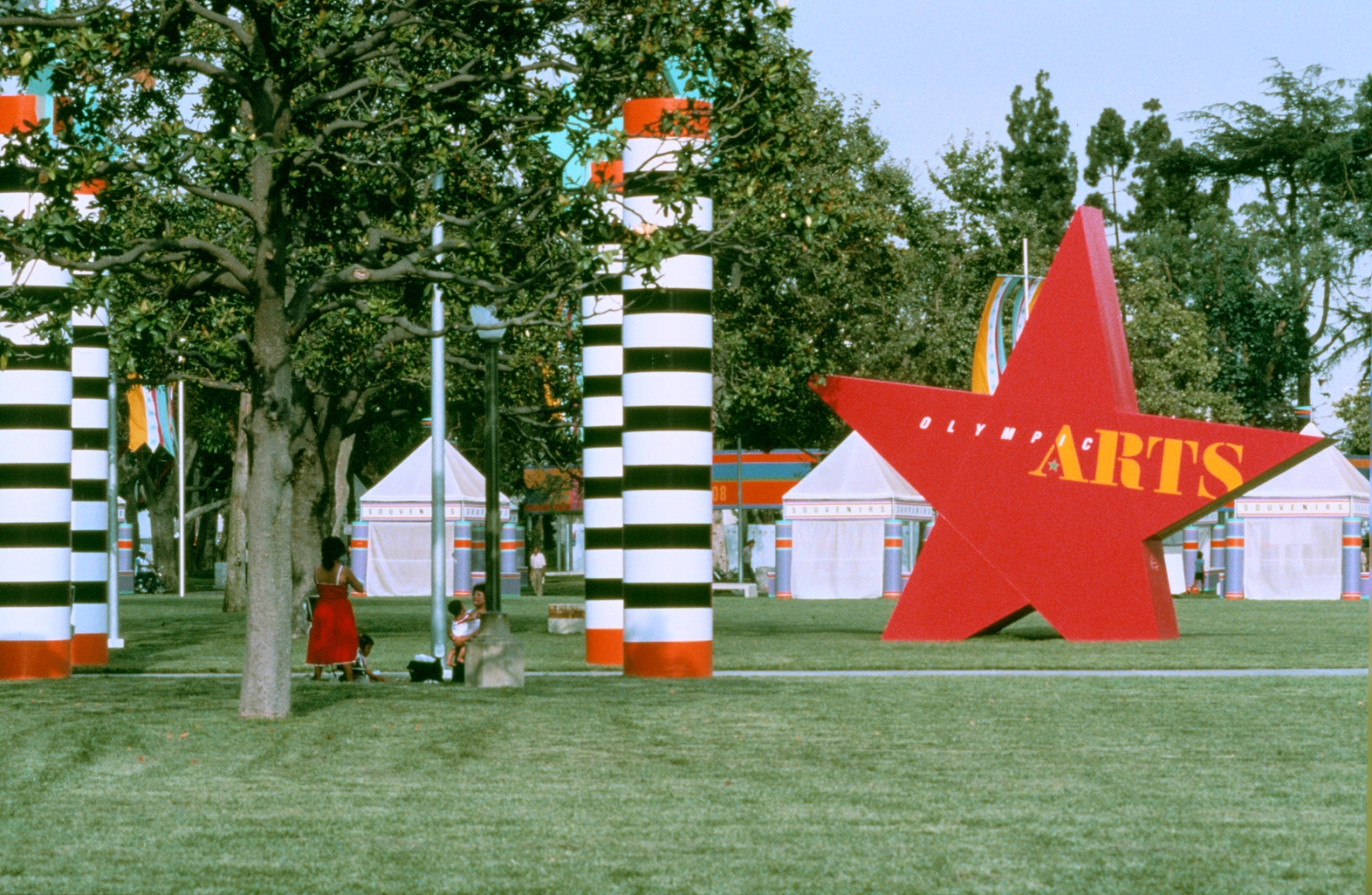 The “pop-up” architecture at the 1984 L.A. Olympic park. (Sussman/Prejza with Jerde Partnership) 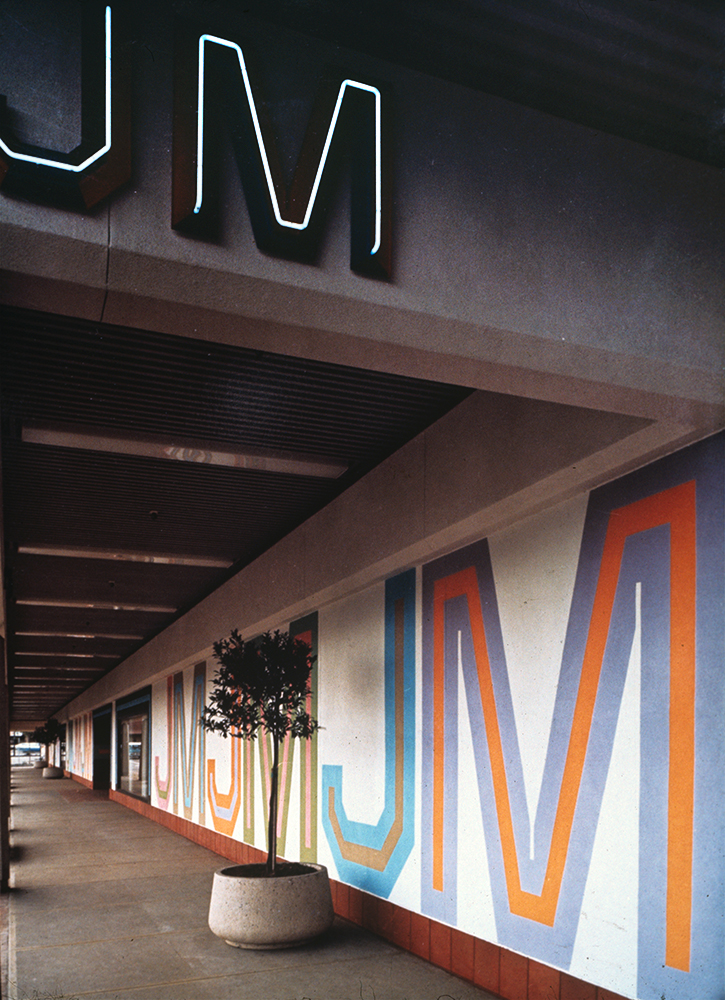 Sussman’s graphic work applied to the facade of the J. Magnin department store, in a collaboration with Frank Gehry