The Kunstmuseum Addition Subtly Steals the Show at Art Basel

In a city whose reputation has become associated with high art, the new Kunstmuseum raises the institution to the standards expected of a major cultural destination.

Last week in Basel, Switzerland, the yearly celebration that is Art Basel brought attendees from around the globe to see the latest offerings in blue chip art pieces and one-of-a-kind design creations. But it was a new building that quietly stole the show, drawing as much attention as the fairs. It was the first time the art crowd had a chance to check out the newly expanded Kunstmuseum Basel, designed by local firm Christ & Gantenbeim. In a city whose reputation has become associated with high art, the new building updates this important Basel institution, bringing it to the standards expected of a major cultural destination. 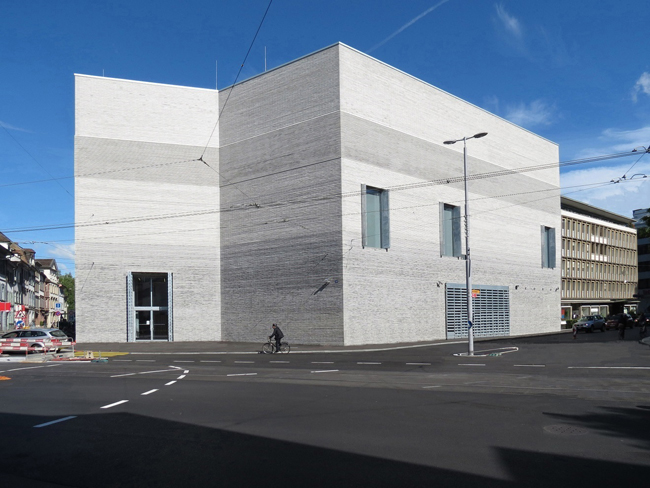 The new structure provides over 27,000 square feet of exhibit space for special exhibits and selections from the institution’s collection of art from 1950-1990. Located across the street from the original building (by Christ & Bonatz in 1936) and conceived as a completely separate building, it stands its ground respectfully to the existing museum, both with same height and proportionate volumetry. While the new design takes some definitive cues from the original building—the architects have said that both buildings “speak the same language”—the  new building’s story is clearly “a different and novel one.” 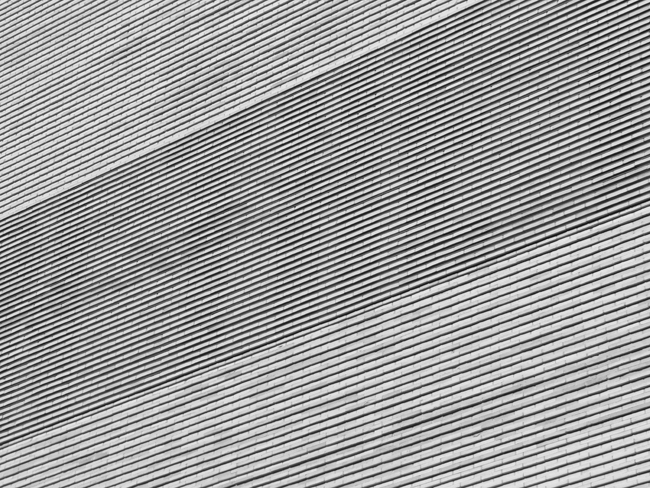 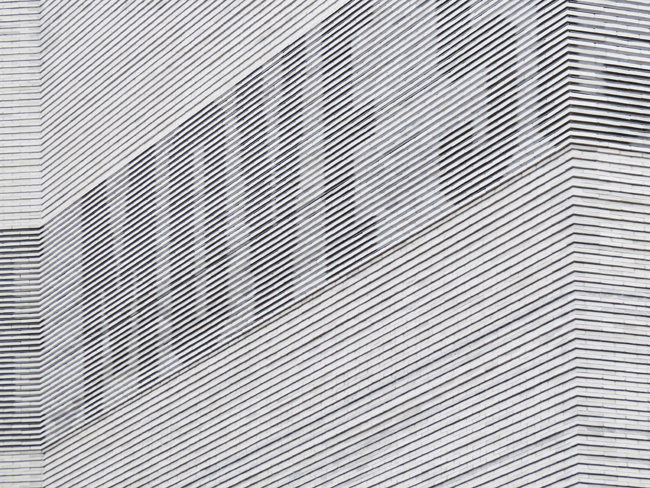 On the exterior walls,  self-supporting bricks (only 1 ½ inch thick) in different shades of gray create a chiaroscuro effect that effectively connects the building to the surrounding context. Inserted into the brick recesses, a hi-tech LED system allows the façade’s top layers to be turned into a sophisticated outdoor signage announcing the museum’s exhibits. 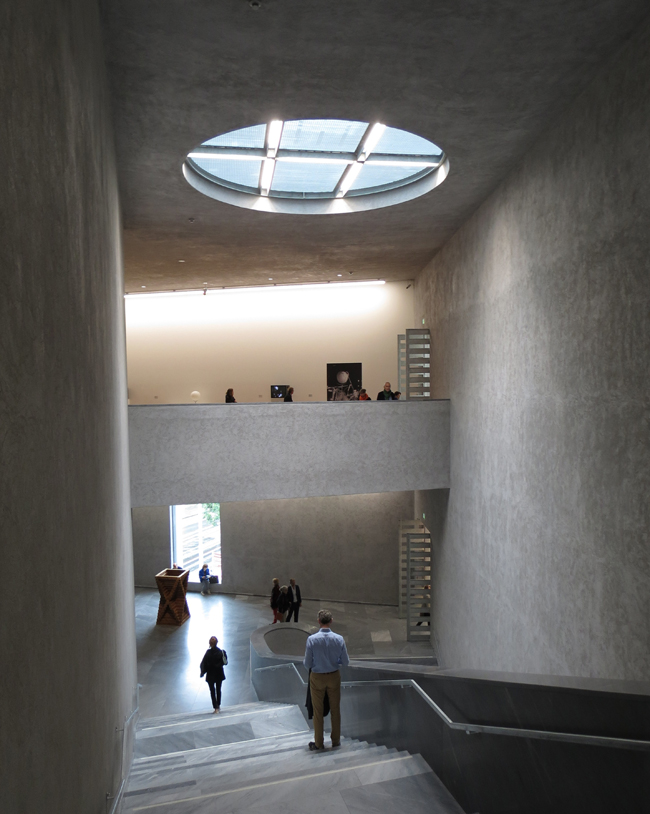 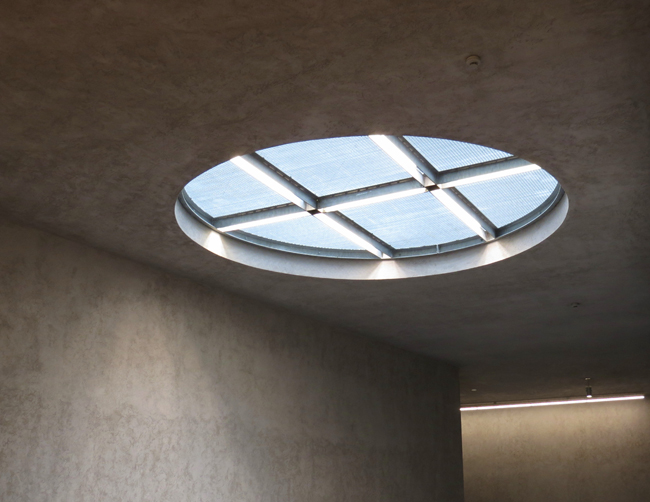 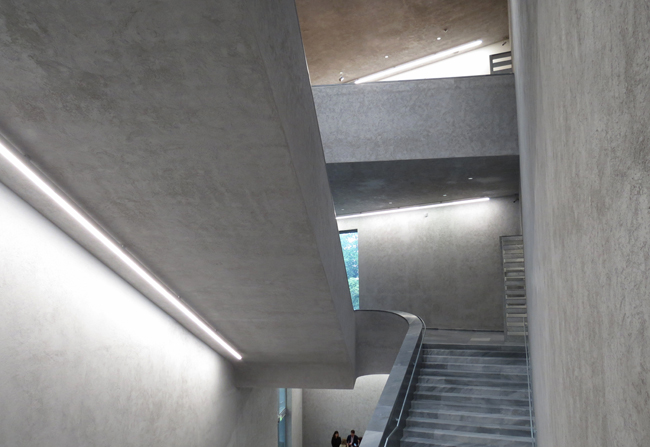 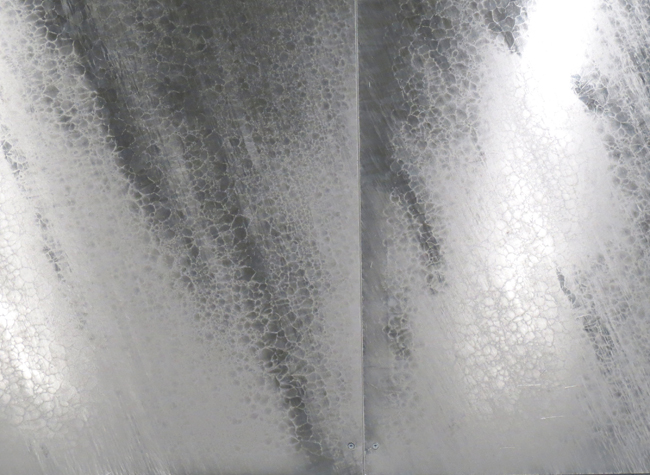 Inside the new entrance lobby, the walls are covered in galvanized steel panels: its abstract, smudged reflective quality is reminiscent of the marble and granite found throughout the original building. The circulation areas feature gray veined Bardiglio Carrara marble and, on the walls, a rough gray plaster. The intimate monumentality of the stairs and circulation areas (at once grand and inviting, as in the main building), and the grisaille tones of these materials, make an elegant contrast with the white box feel of the galleries. 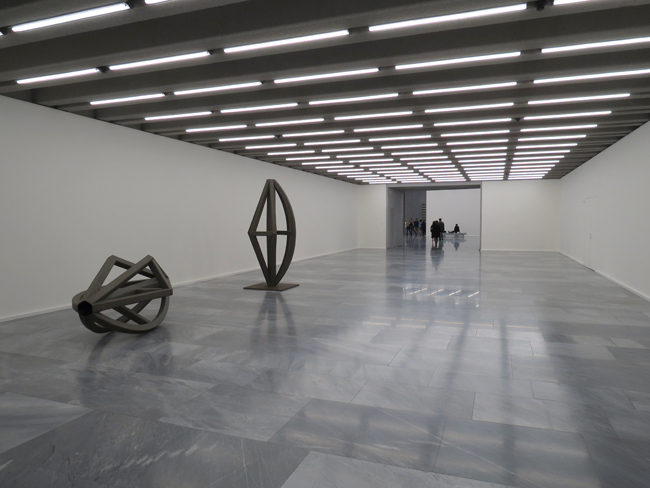 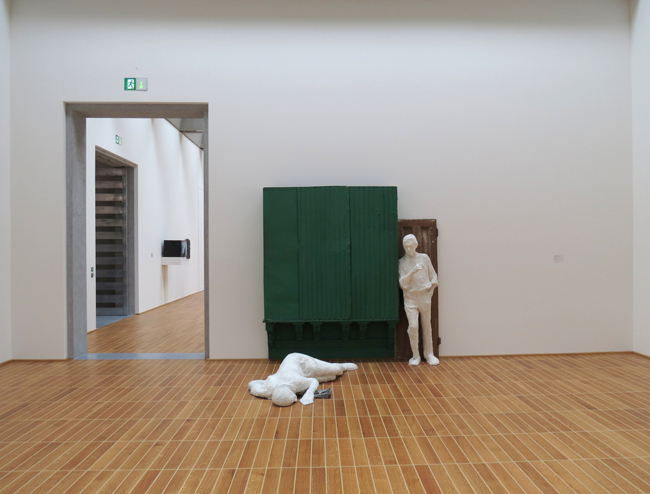 To allow the architecture to frame the art, permanent walls define the space, rather than the more neutral, flexible partitioning systems usually found in museums today. The resulting layout creates galleries in different sizes and shapes, offering as much variety as might have been possible with moveable walls, but with much more character. To connect the two buildings, an extra large underground walkway was built; its generous proportions allow it to serve  as another gallery space rather than just a transitional space.

Overall, the new design feels neutral, perhaps due to its understated color scheme and materials, or to its discrete basic geometry. This is Basel and Switzerland, after all.  But it’s a neutrality that is far from bland; it engages the visitor to go beyond, to  discover and explore the possibilities of the art contained within this subtle new home.