It’s rare for children to be the focus of technology combined with design-driven university research. But many of the projects at Carnegie Mellon University’s CREATE Lab do just that. In addition to focusing on improving digital- and robotic-based curricula and communication in such fields Civil War history and Computer Science, many of them also focus […]

It’s rare for children to be the focus of technology combined with design-driven university research. But many of the projects at Carnegie Mellon University’s CREATE Lab do just that. In addition to focusing on improving digital- and robotic-based curricula and communication in such fields Civil War history and Computer Science, many of them also focus specifically on childhood education and empowerment. The acronym stands for Community Robotics, Education and Technology Empowerment and it does indeed empower young global citizens to communicate globally and to create agency for themselves. The open-source technology makes the program accessible to anyone with a computer (admittedly not a majority of the global population yet) and tailor it to their specific needs.

Let’s begin with CREATE Lab’s re-envisioning of social media, which recently has played a role in facilitating social movements like OWS, the market responses to IPO’s, to the debate over privacy in these networks. Conspicuously absent from these debates is how social media can be used to connect children, particularly young children’s voices.

Enter the Hear Me project. Essentially, this is a database of audio, visual, text, and video narratives, all authored by children as young as 4 and as old as 13. These stories, most resemble essays than actual stories, have been uploaded onto the website. They can be explored according to the aforementioned categories and are themed to be age-appropriate. So a kindergarten-aged child writes about a day at school while older ones write about how to recycle trash or even the emotional consequences of death.

The intent is beyond merely giving children a voice. Each of these narratives is a result of assignments designed to make children think critically about themselves and what is important to them. All participants must produce a meaningful narrative, in whatever format they choose, before it can be uploaded. Facebook or MySpace this is not. 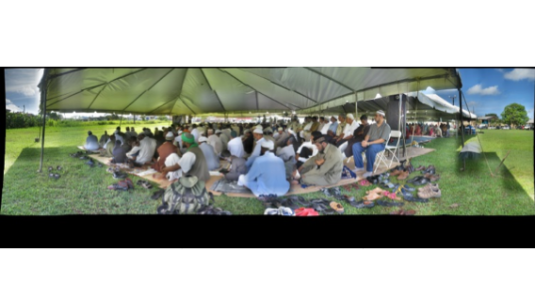 The GigaPan Youth Exchange project aims to connect students of high school age with each other. Sponsored by UNESCO, the project involves high schools around the world, including students in Brazil, South Africa, Trinidad, and the U.S., to name a few.

While the sites chosen by UNESCO are arbitrary, the purpose is to foster understanding amongst kids from different parts of the globe. Using a combination of robotic cameras and NASA imaging technology, these students can exchange high-resolution digital imagery that can be explored from their respective habits, surroundings, and points of view.

While the goals of fostering a deeper understanding of different communities, self-identity, and “the problems their contemporaries [abroad] face,” may be a stretch, the program does encourage self-expression and some level of exchange. In addition to the user groups, anyone can access the website to learn about what these high school students have self-identified as important to themselves and their communities.

We should not overestimate the impact of this project on fostering a deep cross-cultural understanding, but there are definitely some positive effects. For one, the information generated by the students is available to anyone who can access a computer, and it offers perspectives about the schools and their communities that might not be widely available otherwise. Perhaps the most important aspect of this project is that it provides a viable model for schools around the world; though the technology used by this project may be too expensive to replicate in some schools, this limitation does not preclude more low-tech approaches. Indeed, if self-selecting schools initiated a similar project, the results could prove even more interesting than the more high-technology example by CREATE Lab.