The architect’s famous church was vandalized on Friday. The casualty: an original stained-glass window damaged beyond repair.

On Friday, a nun gave warning that the Chapel of Ronchamp, considered by many to be one of the key architectural works of the last century, had been vandalized. When police arrived on the scene, they found signs of forced entry: a stained-glass window, one of many executed by Le Corbusier, was broken and a concrete trunk was missing. As Le Monde reports, the intruders had also attempted to gain entry via a door. The overall damage was, according to some, “priceless” because the stained-glass had borne an original illustration by Le Corbusier. An initial assessment from the department of historical monuments found the window to be irreparable.

This morning the Fondation Le Corbusier, which protects the architectural and artistic works of Le Corbusier, urged that emergency measures be taken to secure the protected site. The statement, delivered by Antoine Picon, President of the Fondation, called on the Association Oeuvre Notre-Dame-du-Haut to “better protect the heritage of the twentieth century and that of Le Corbusier in particular.” Picon also took the opportunity to point to the church’s poor structural and cosmetic state, citing in particular “moisture problems, infiltration and poor preservation of masonry.”

Ronchamp is one of Le Corbusier’s most idiosyncratic buildings. The church’s design blends traditional Catholic affects (the crucifix, an effigy of the Virgin Mary) with the architect’s own personal lexicon of symbols. The hand-painted, ceramic door on the church’s west wall contains vague, some might say, crude symbols that have little to do with the history of ecclessiastical architecture and design. The same goes for the wall of modular stained-glass windows, which recreates medieval glazing in modernist fashion. The broken stained-glass has been reported to have been signed by the architect himself, though images of the intact window seem to contradict them. Nearly 80,000 tourists visit Ronchamp annually, while the parish continues to use the church for services. 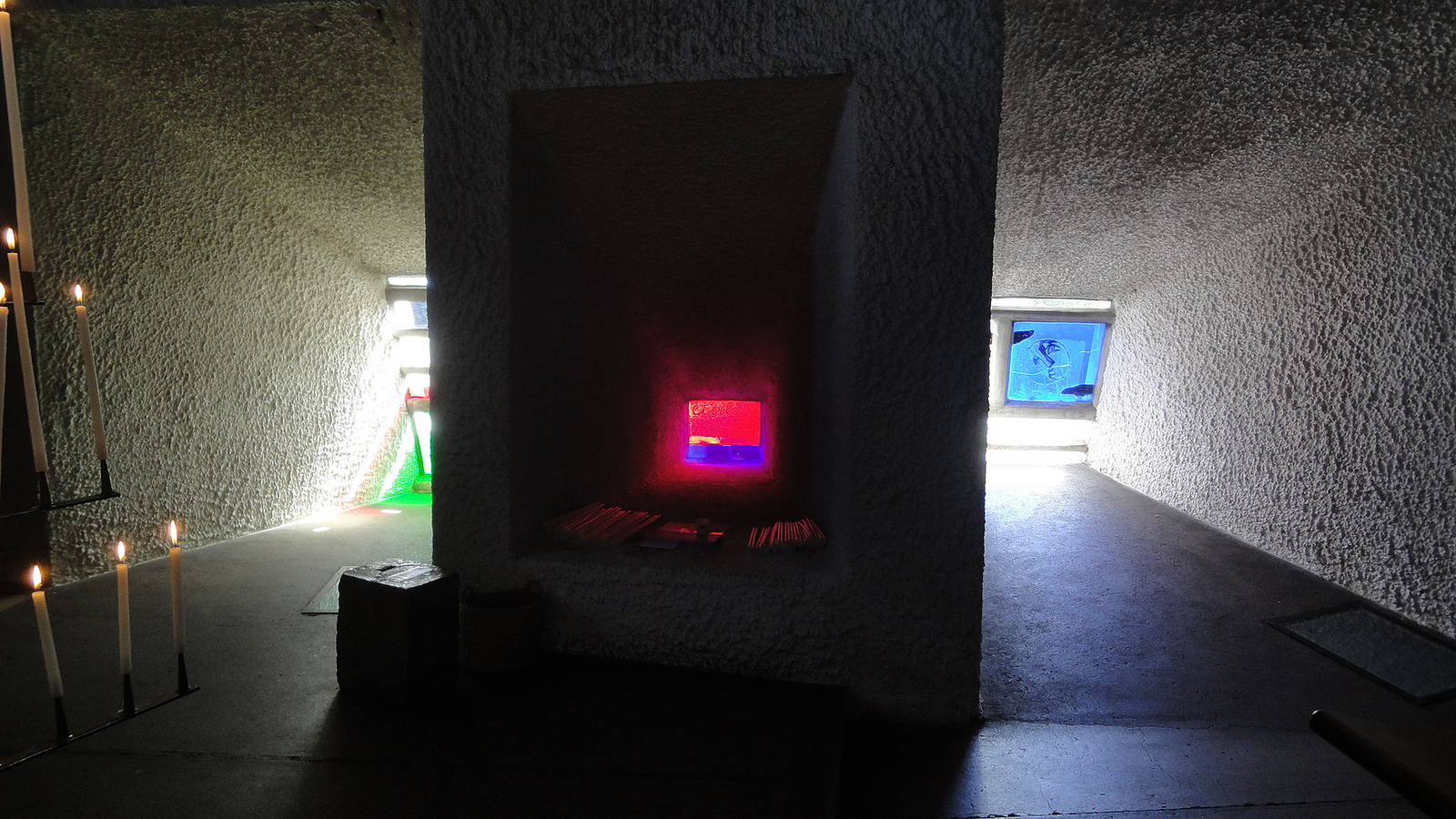 The blue stained-glass window (on right) that was broken by intruders. See the damage in this video.