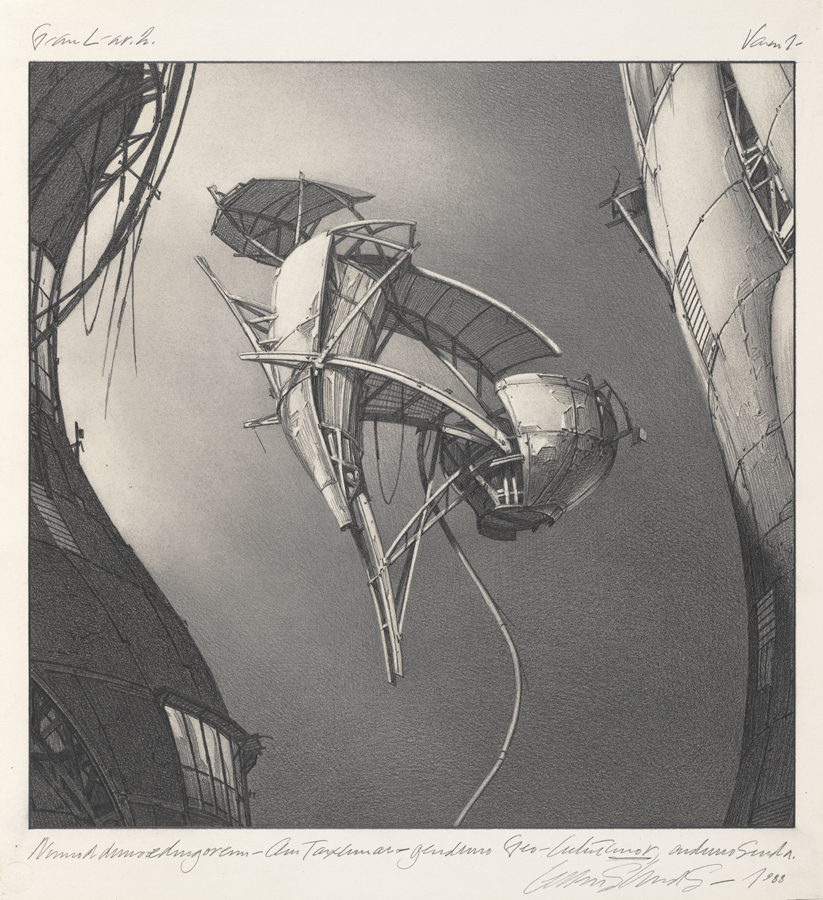 Woods was a virtuosic draughtsman, skilled with pen, brush, and ink. He used all these mediums to give life to his graphic works. “Drawings are the nucleus of the architecture discourse, and have been since the dawn of the discipline,” says Becker, which makes the exhibition’s venue, Soho’s Drawing Center, all the more appropriate. Above: Photon Kite, 1988

All images © Estate of Lebbeus Woods

It’s all too biblical an irony that Lebbeus Woods—architect of war, catastrophe, and apocalyptic doom—died as strong winds, rain, and waves barreled down on Manhattan, his home for some 40-odd years. Woods passed the morning after Superstorm Sandy flooded Lower Manhattan, almost as if the prophet had succumbed to one of his turbulent visions. But this apocryphal reading is just one way to view Woods’s work, which, as often as it was concerned with annihilation, always dared to build in the bleakest of circumstances.

Lebbeus Woods: Architect straddles both poles of its subject’s sprawling vision. On display at the Drawing Center in Soho (April 17 to June 15, 2014), the exhibition brings the delineator’s works back home to his adopted city.

“Although Woods’s practice was for many years an international, almost nomadic practice of teaching, exhibiting, and exploring the built form, New York was very much the center of his world,” says Joseph Becker, a curator at SFMOMA, where the show originated last year. It is that sense of destined, even chiliastic, return that suffuses the expansive survey, which collects decades of Woods’s incredibly rich drawings and models.

The show’s aim, however, is more ambitious. It attempts to elevate Woods the master draughtsman to canonical architect, builder of speculative structures and parallel worlds. “Woods’s architecture was in dialogue with his architectural contemporaries, his students, and with anyone inhabiting the built environment,” explains SFMOMA curator Jennifer Dunlop Fletcher, who coorganized the exhibition. Woods, then, may have purposely inhabited the fringe of the profession, but he was at the heart of its discursive life. He was, in other words, not just an artist, theorist, or educator, but an architect of the highest level. No “paper” necessary. 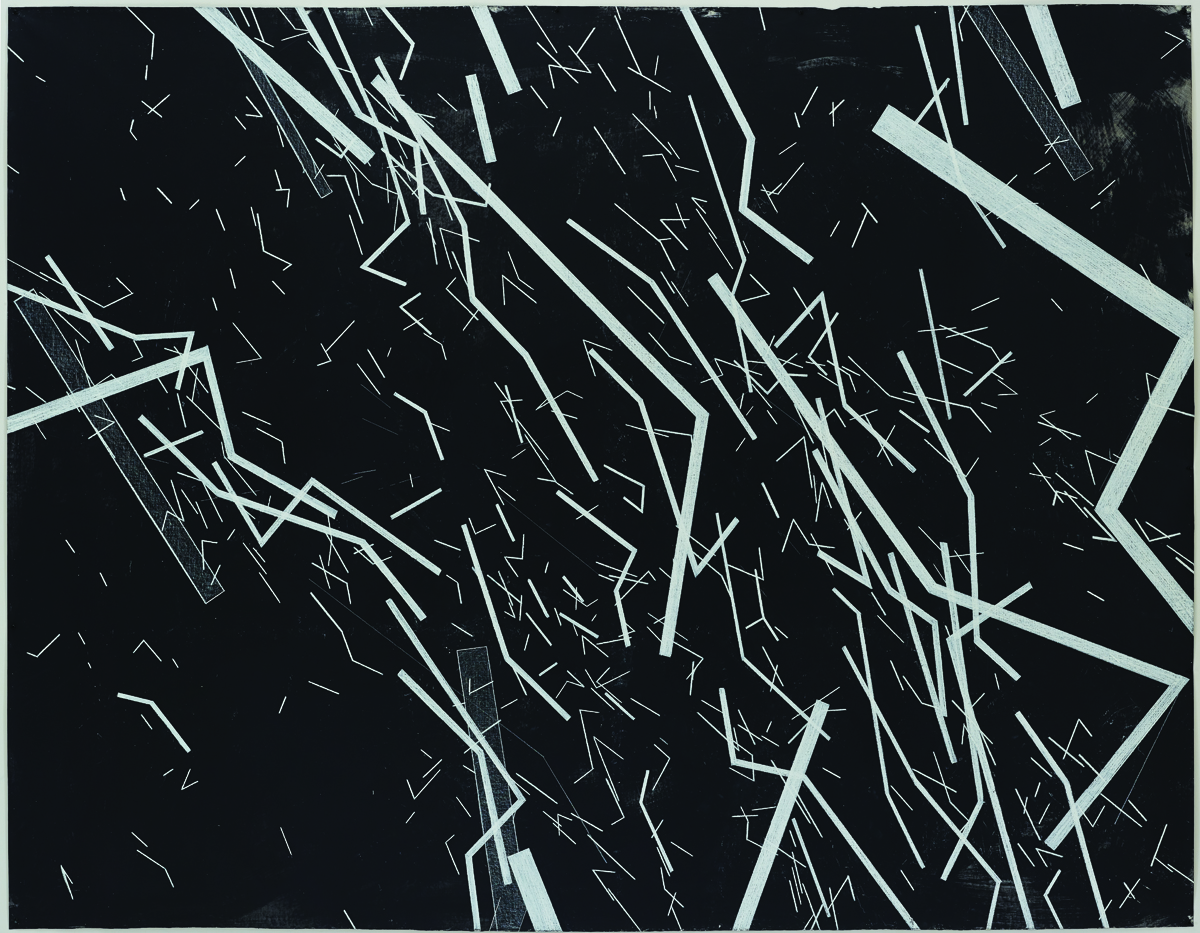 Above: Conflict Space 4, 2006. Woods inhabited a particular niche within the architectural profession, acting as a kind of proxy for his colleagues’ rogue—and thus, unprofitable—building fantasies. In this way, his frenzied body of work takes on greater resonance. “Woods’s drawings—in all their possible forms, even sketches, models, and paintings—are all calls to action and dialogue,” says Dunlop Fletcher. “They are not fait accompli but rather provocations, and in that sense harder to ignore.” 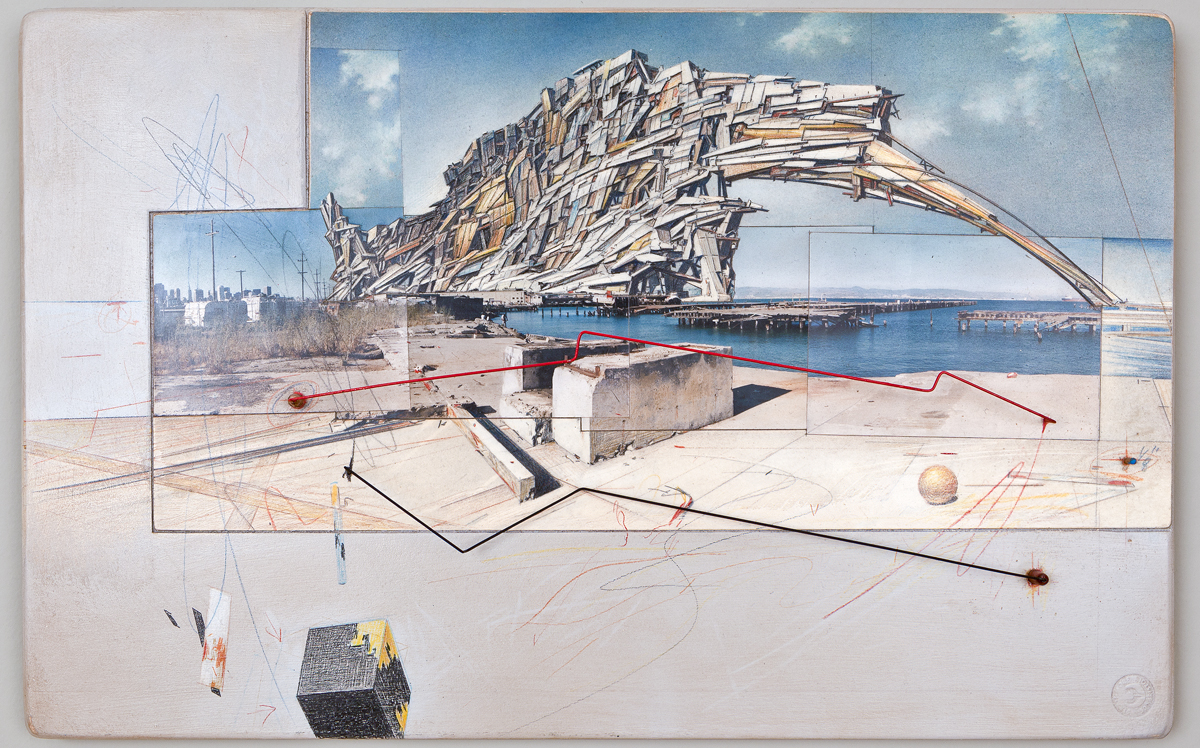 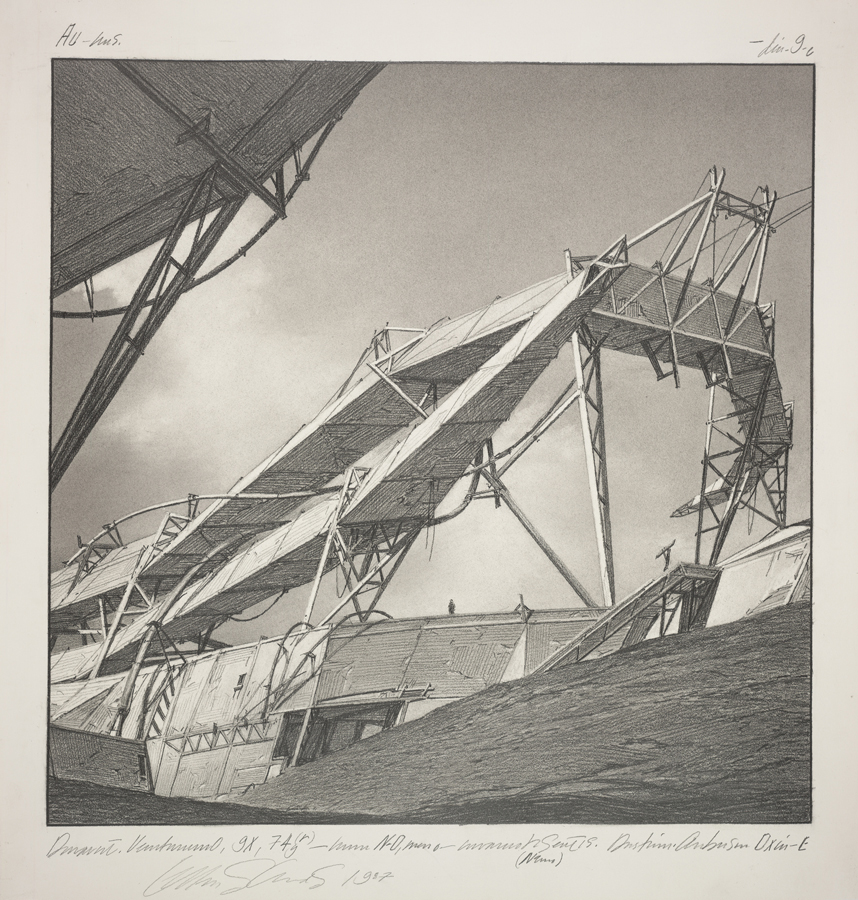 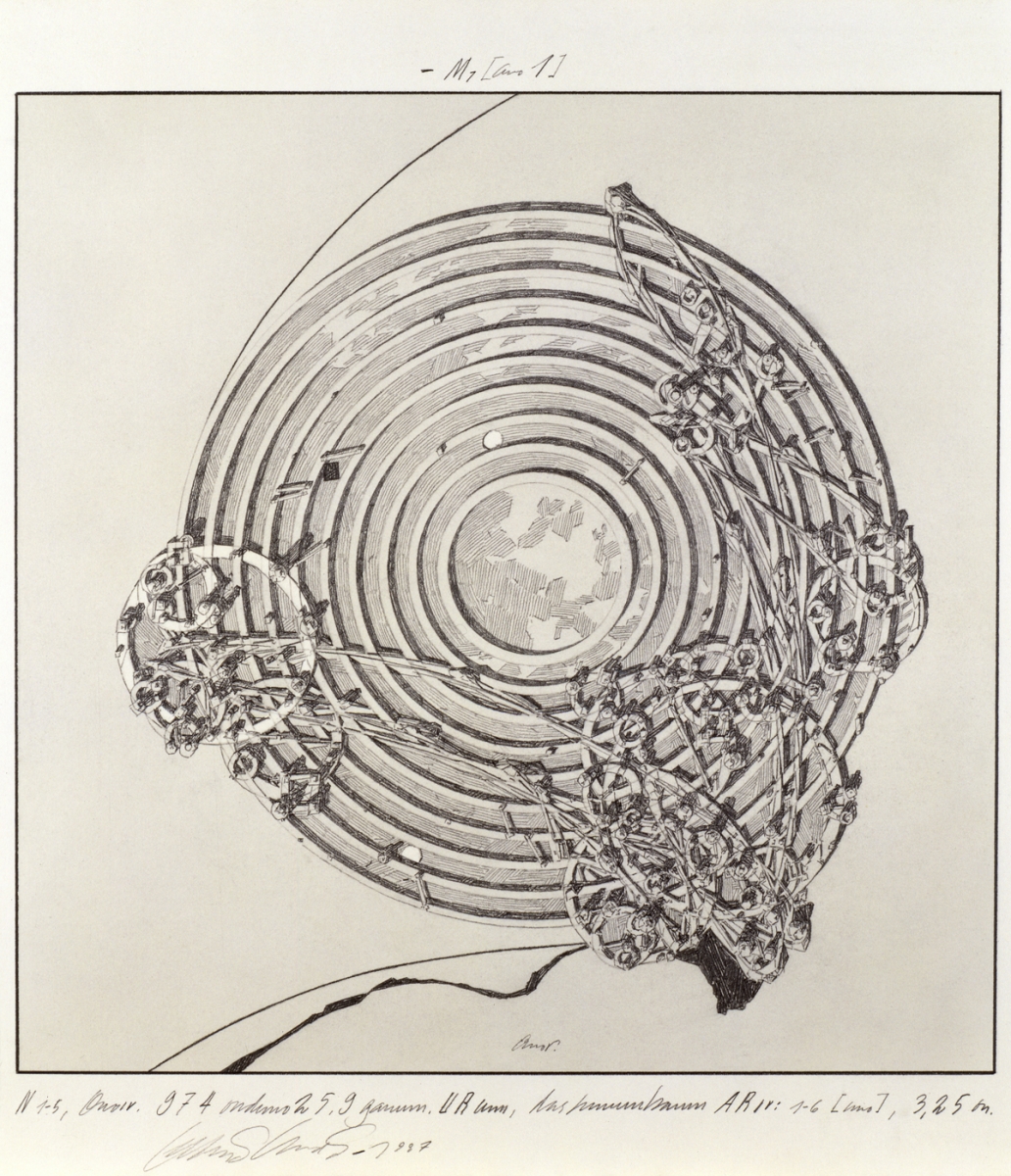 Concentric Field, from the series Centricity, 1987. 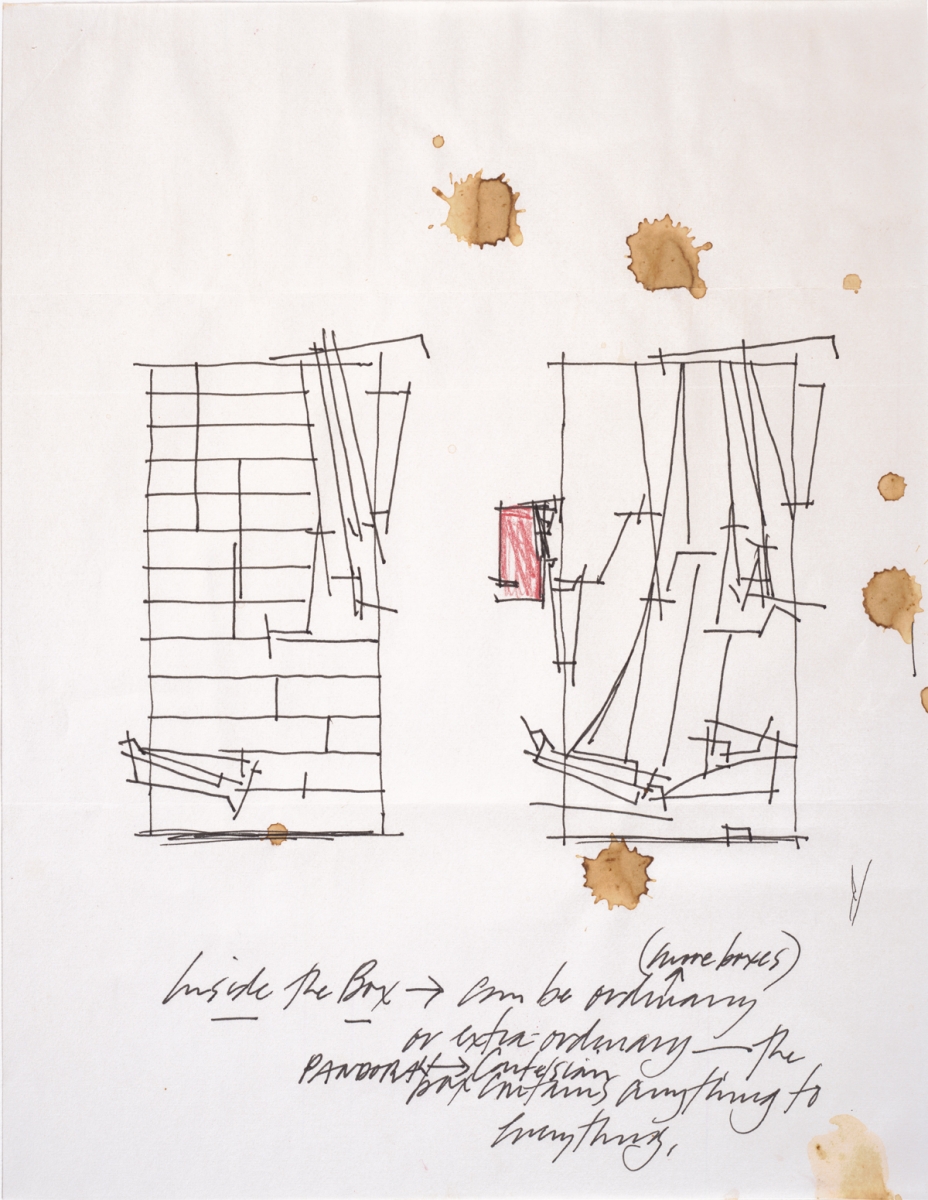 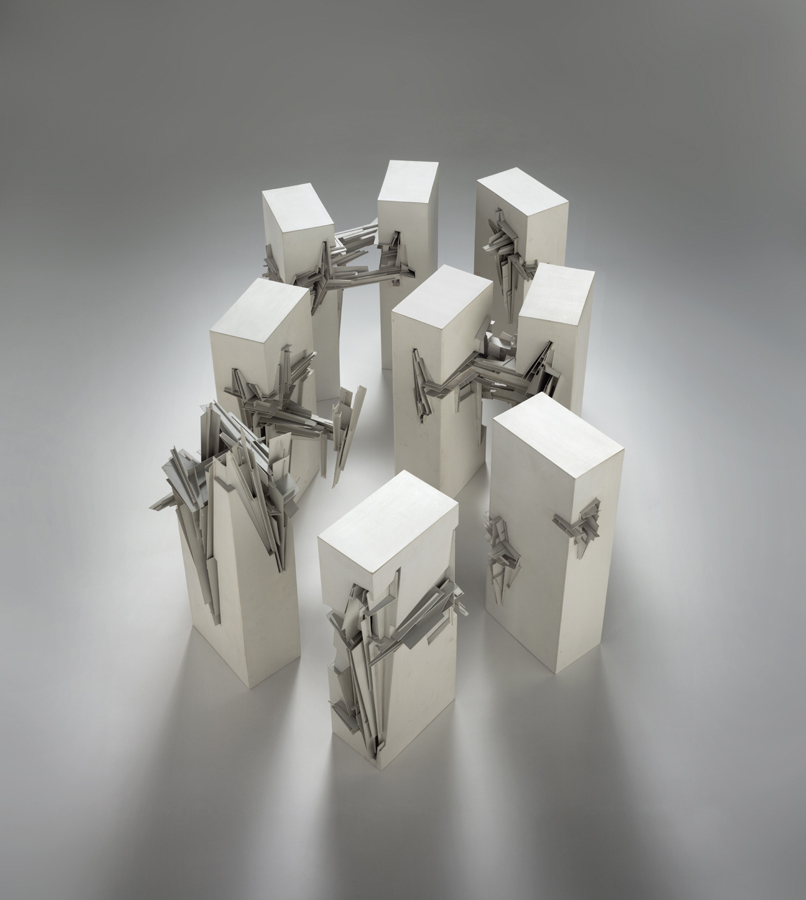