Two of the city’s artists are employing banal materials for organic experiments.

John Ruppert’s Orb, on the grounds of the Baltimore Museum of Art. Ruppert’s sculpture helped earn him a prestigious Mary Sawyer’s Baker Prize this spring. All photos by Elizabeth Evitts Dickinson unless otherwise noted.

When you see John Ruppert’s Orb from a distance, it looks as though a large soap bubble has floated to a landing. Draw closer and you realize that the seemingly delicate sphere is, in fact, fabricated from industrial chain link.

Set in Baltimore City, on the grounds of the Baltimore Museum of Art, Ruppert’s sculpture creates a compelling contrast to the chain link that normally splices the urban landscape. Most commonly used as fencing, the material stitches through backyards, along construction sites and schoolyards, creating a kind of patchwork quilt of parceled land. It’s normally defensive, employed to protect what’s inside from outside elements. In the case of Orb, the sculptor inverts that notion by keeping something seemingly beneficial out: the chain link barricades a plot of earth from the groundskeepers of the museum. Inside, a wild and growing tangle of grass and flowering weeds defies the manicured and pristine lawn that surrounds it. Is this untamed growth a good or a bad thing? Depends on your perspective. (I know where Fritz Haeg would land on the question.)

“I am interested in the relationship between natural systems and human decision-making,” Ruppert has said. “Observing the phenomena of nature and of materials guides me as I work.” 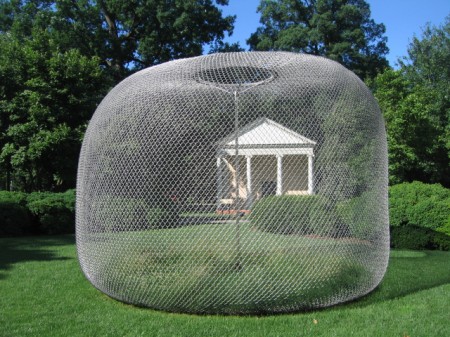 Orb, created in 2000, is made of aluminum chain link, stainless steel, and zip ties. 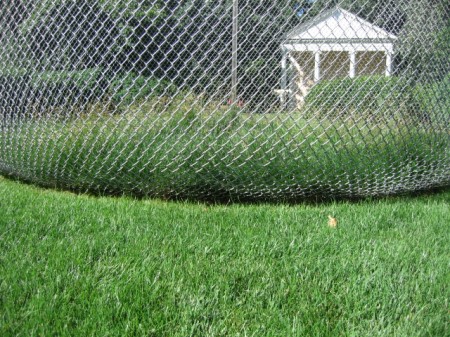 This close-up shot shows the contrast between the cut grass and the growing mass inside.

Ruppert isn’t the only Baltimore artist utilizing seemingly banal materials for organic experiments. Absconded and abandoned grocery carts are not uncommon litter in Baltimore alleyways, and the artist Shannon Young decided to repurpose them by planting miniature vegetable gardens inside. This March, she lined two carts and filled them with soil, planting everything from Swiss chard and beets to tomatoes, cucumbers, and peppers. She calls it the Portable Gardens project, and today the carts are harvesting a surprisingly large yield. She plans on planting several more. 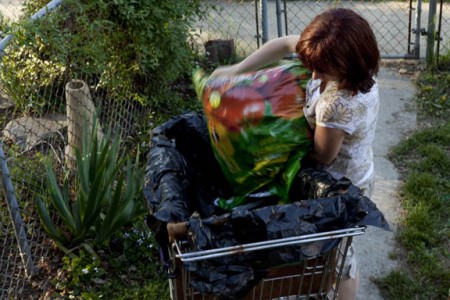 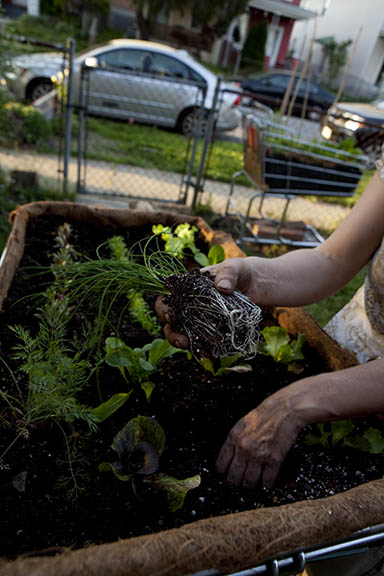 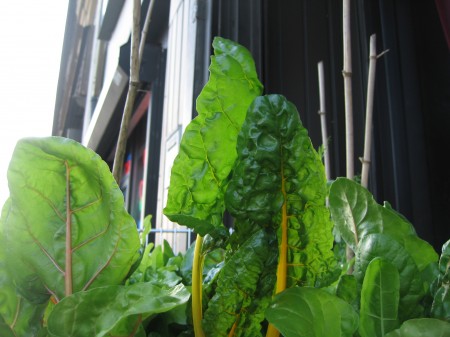 The inspiration for Portable Gardens came after Young moved to the city. “I grew up in the West, where you can plant anything anywhere and not worry about it,” she says “When I moved to Baltimore, I heard about contaminated soil in certain neighborhoods. There’s lead in it. I finally had a yard, but I couldn’t plant anything there. I started thinking about ways that I could still garden in an urban space.”

Turning the container for food-shopping into a producer of food itself is a poignant reminder that: a) much of the food in grocery stores is too far removed from the land; and b) a vegetable garden can happen anywhere in the city.

Young now plans on creating a kind of performance with the carts by taking them to different neighborhoods and offering people the produce. She may leave carts in the hands of caretakers to show others what can be done within a limited space. She may also share the produce directly. “I don’t want to sell the food, but sometimes people are skeptical when you are just giving something away,” she says. “So maybe I’ll just sell the vegetables, very inexpensively, right out of the ground. You literally pull or pick your vegetables and take them with you.” 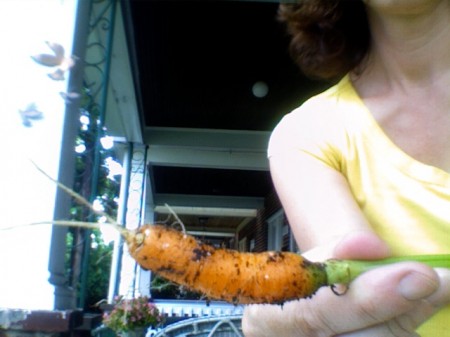 Young displays a carrot from the cart. 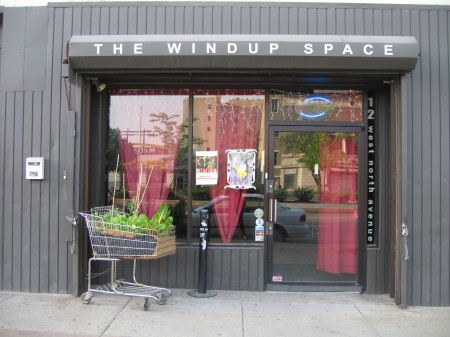 Cart on the move: In May, Young presented her work at the Baltimore Design Conversation, a monthly event that sparks dialogue about design, architecture, and cities. The Portable Garden greeted guests on the sidewalk as they arrived. 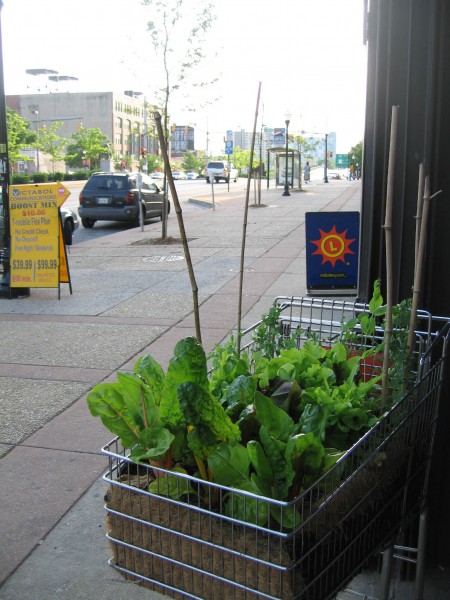