In her monthly “Letter from Baltimore,” Elizabeth Evitts Dickinson writes about architecture, culture, and urbanism in a city more often associated with violent crime than with good design. Click here to read her previous posts. For more by Dickinson, visit her blog, Urban Palimpsest.In 2004, the graphic designer Kat Feuerstein gathered a group of friends, […]

In 2004, the graphic designer Kat Feuerstein gathered a group of friends, rented a U-Haul, and drove from Baltimore to an outlying county to see a man about a letterpress. In this case, it was a platen jobbing press built at the turn of the last century by Chandler and Price, an Ohio-based manufacturer that specialized in movable-type printing. Founded in the 1880s, the company set the standard for letterpress machines, but went out of business in the 1960s when offset printing eclipsed the market.

The man selling the antique had once owned a printing business and he couldn’t understand why a young woman would be willing to pay $350 for a piece of heavy machinery that had been gathering rust. “He told me, ‘I don’t think there’s really a market for this,’” Feuerstein recalls today. “And he kept reminding me that it wasn’t a toy.”

Five years and five antique presses later, Feuerstein’s business, Gilah Press + Design, is booming with a line of letterpress greeting cards retailed through clients like Anthropologie and Kate’s Paperie, and a custom-design business that thrives on the market’s desire for tactile, deep-impression letterpress. Gilah also runs letterpress print jobs for other area designers. 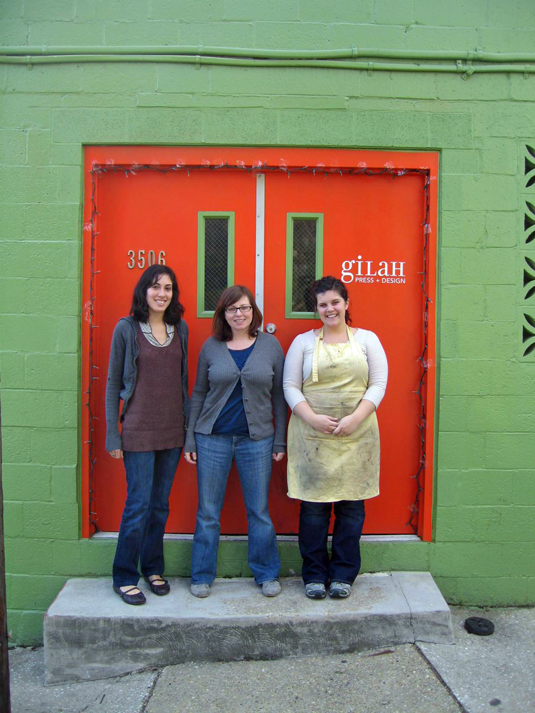 On a recent December afternoon, Feuerstein and her staff of two enjoyed the relative quiet after a busy holiday season. Gilah occupies a 3,000-square-foot warehouse space that has been customized by Feuerstein and friends, and touring the studio is not unlike walking through a museum of the industrial past. Front and center is Bessie, the nickname for that first Chandler and Price press that started it all. Then there’s the gleaming model of German efficiency, the Heidelberg, created by Heidelberger Druckmaschinen AG. Next to it is Stinky, nicknamed for the state it was in when it arrived at the studio. “This one had been sitting in a garage for decades,” Feuerstein says. The staff cleaned the rust and repaired the machine, and now Stinky is a “well-behaved press,” according to Whitney Cecil, who runs the presses. “These machines are over one hundred years old and you never know what kind of wear and tear they’ve seen,” she says. “This one runs very well.” 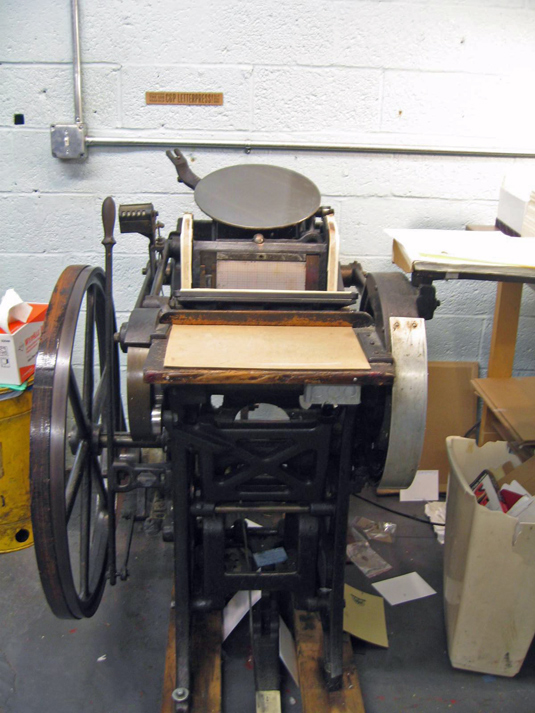 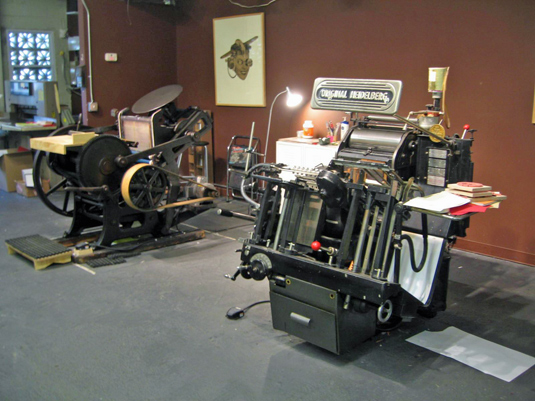 The Heidelberg (right) and Stinky 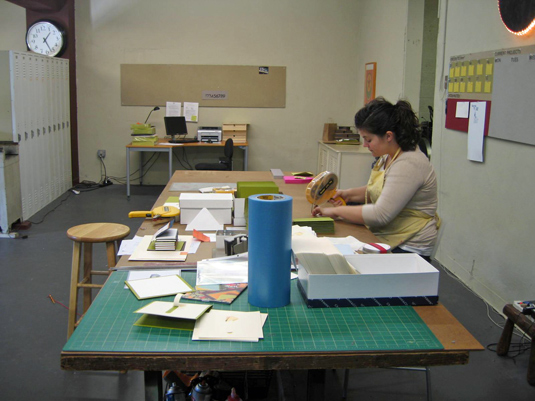 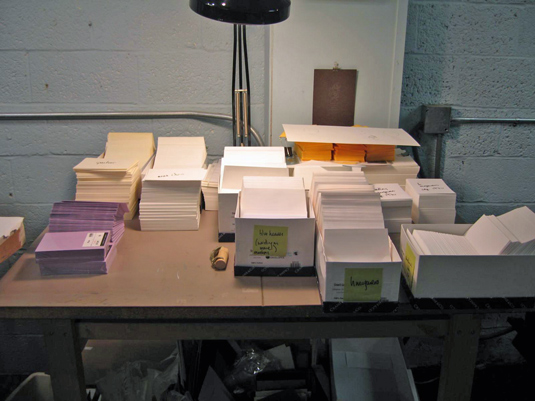 Feuerstein purchases her presses via classified ads on sites like Craigslist and Briar Press, an online community dedicated to the preservation of letterpress. Most have suffered decades of neglect, exiled to the backs of garages or warehouses. The cost of the press is usually minimal, but then there’s the sweat that goes into bringing it back to life. Her latest acquisition sits in a corner near the kitchen, waiting for an overhaul. “You can see where animals nested in it,” Feuerstein says. “Look, there are still some pieces of acorn shells.”
.