Letter from Baltimore: Sinclair Brings in the Students

“I hope no one gets arrested,” says the Architecture for Humanity founder.

The social networking sites lit up last night after Cameron Sinclair gave a lecture in Baltimore about his organization, Architecture for Humanity. Among the many comments flowing between Facebook friends and Twitterers were several architects questioning why they had not started their own AFH chapter in the city. This has been a hot topic in Baltimore for the last year as architects, designers, community activists, teachers, cultural leaders, and others look for ways to galvanize efforts around social justice and design. As Sinclair took to the streets of Baltimore this morning for a tour of some of its most disenfranchised neighborhoods, it became evident that there is already a very powerful force at work in the fight for better communities: design students.

This morning’s tour was hosted by MICA’s graphic design department and led by community activist Glenn Ross. A Baltimore native, Ross has fought for environmental justice and parity for much of his life. He guided the group through a post-industrial landscape that has suffered from decades of urban flight, disinvestment, and flat-out racism. 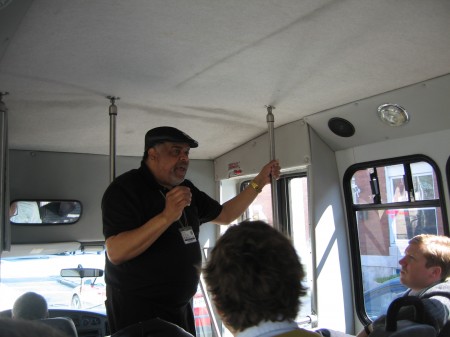 When positive change does happen, Ross noted, it is often with the assistance of local college students, like the ones who study graphic design at MICA. “More and more we turn to the students,” Ross said—even more than city government or other agencies, he added. Over the past several years, MICA students have collaborated with local community groups and other universities, like the Johns Hopkins Bloomberg School of Public Health, to help create visual communication that supports neighborhood efforts. Students have addressed a diverse range of issues, from lead poisoning and hypertension to gun violence and urban reforestation. In 2007, the school formed the Center for Design Practice under the direction of Mike Weikert, to bring students together with educators, professionals, entrepreneurs, businesses, and thinkers who are committed to finding solutions to seemingly intractable urban problems.

Sinclair popped into the Center this morning to encourage the students to take their work to the next level. “I told them to get more guerrilla in their actions,” he said. “I hope no one gets arrested.” 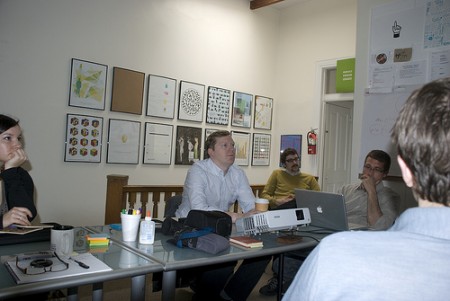 Sinclair gives a video presentation at the Center for Design Practice. 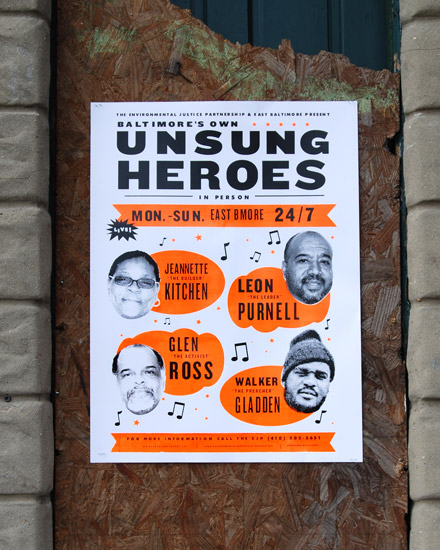 The Unsung Heroes poster campaign, under the direction of MICA professor Bernard Canniffe, celebrated those in the community working for change while giving a nod to a classic Baltimore aesthetic, the neon posters created by  Globe Poster Printing Corporation 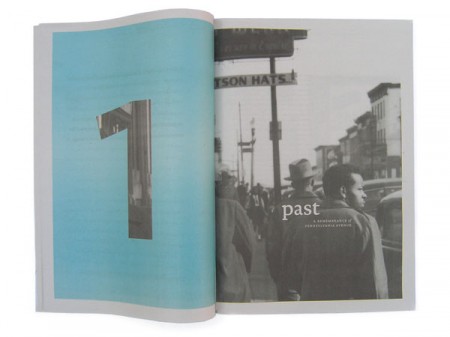 A Place for Change was a promotional piece designed and written for Martha’s Place, a women’s drug rehab center.