Letter from Baltimore: The City as Studio

.
For as long as I can remember, designers and educators in Baltimore have invoked the name of the Rural Studio. They looked south to Hale County and wondered how to adapt Mockbee’s full-immersion program for design students in an urban setting like Baltimore. The conversations were, pardon the pun, purely academic. In spite of a high number of colleges and universities in the region–with several programs in architecture, planning, and landscape design–curricula rarely called for students to venture beyond the quadrangle (save for the requisite study-abroad programs).

There were barriers in getting students off the campus, most of them perceived and not wholly accurate. The belief was that it wasn’t safe “out there” and using the real world as a classroom was hazardous. I remember chatting with one frustrated professor at Johns Hopkins about this a few years back. He was politely told he should not encourage students to take public transportation for a class project lest “something should happen.”

This insular stance resulted in a real deficit of academic and applied research on urban issues in this city. Other schools of architecture have successfully developed urban lab models, creating reciprocal relationships with city government and community groups. Schools like Carnegie Mellon and its Urban Studio. If it could happen in Pittsburgh, then why not here?

This view, thank god, is starting to change. Several local design programs, including those at MICA, Morgan State University, and the University of Maryland, are developing more community-based projects. Faculty members are increasingly building a syllabus around resolving real issues, and both MICA and Morgan are now in the process of finalizing plans for off-campus design studios in struggling neighborhoods. 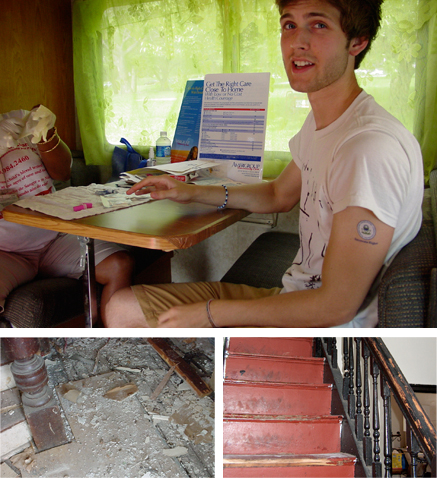 Lead poisoning is a major public health concern in Baltimore neighborhoods. MICA graphic-design students partnered with the Baltimore City Health Department to disseminate information about lead safety. Throughout the semester, they toured homes to see living conditions, interviewed residents, and participated in events around lead safety. Photos: courtesy the Center for Design Practice at MICA

Mary Anne Akers is the dean of the School of Architecture and Planning at Morgan, and when she joined the university a little over a year ago, she brought with her a belief that students should learn the value of social responsibility. “When I got here, some of the comments I heard from the profession were that we were not impacting the communities in which we live,” she says.

She immediately set about to change this. “We tell freshman at orientation, ‘You’re not necessarily going to get rich doing this kind of work.’ As designers, you need to be mindful of the people that you design for and the communities where you operate. In our case, we have a responsibility to the people of Baltimore, especially those who would not normally have access to design services.” 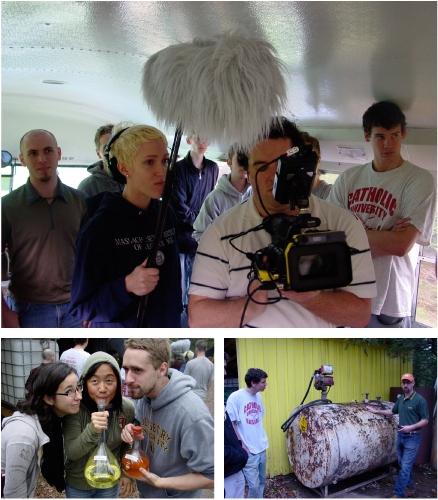 Biodiesel University is a fleet of mobile education and production labs housed in converted buses. The buses travel to schools, universities, and public events to educate people about renewable energy and environmental stewardship. MICA partnered with other universities and community groups to develop a branding strategy for the fleet.

Akers believes this curricular shift toward community design is not unique to Baltimore, and she credits–you guessed it–Mockbee. “There has been a rise of community-based design,” she says, “and I believe that examples like the Rural Studio have been a spark that is now gaining ground at a lot of architecture schools.”

Akers is right, of course. Figuring out how to educate designers for the future is an amply debated topic. Last fall I attended a Rockefeller Foundation–sponsored symposium titled Re-imagining Cities: Urban Design After the Age of Oil. Educators and professionals from around the world discussed how to equip the next generation of designers. A manifesto titled “Educating Urban Designers for Post Carbon Cities” was developed out of that event and you can now download a copy by clicking here.