A Library That Caters to Every Kind of Study Habit 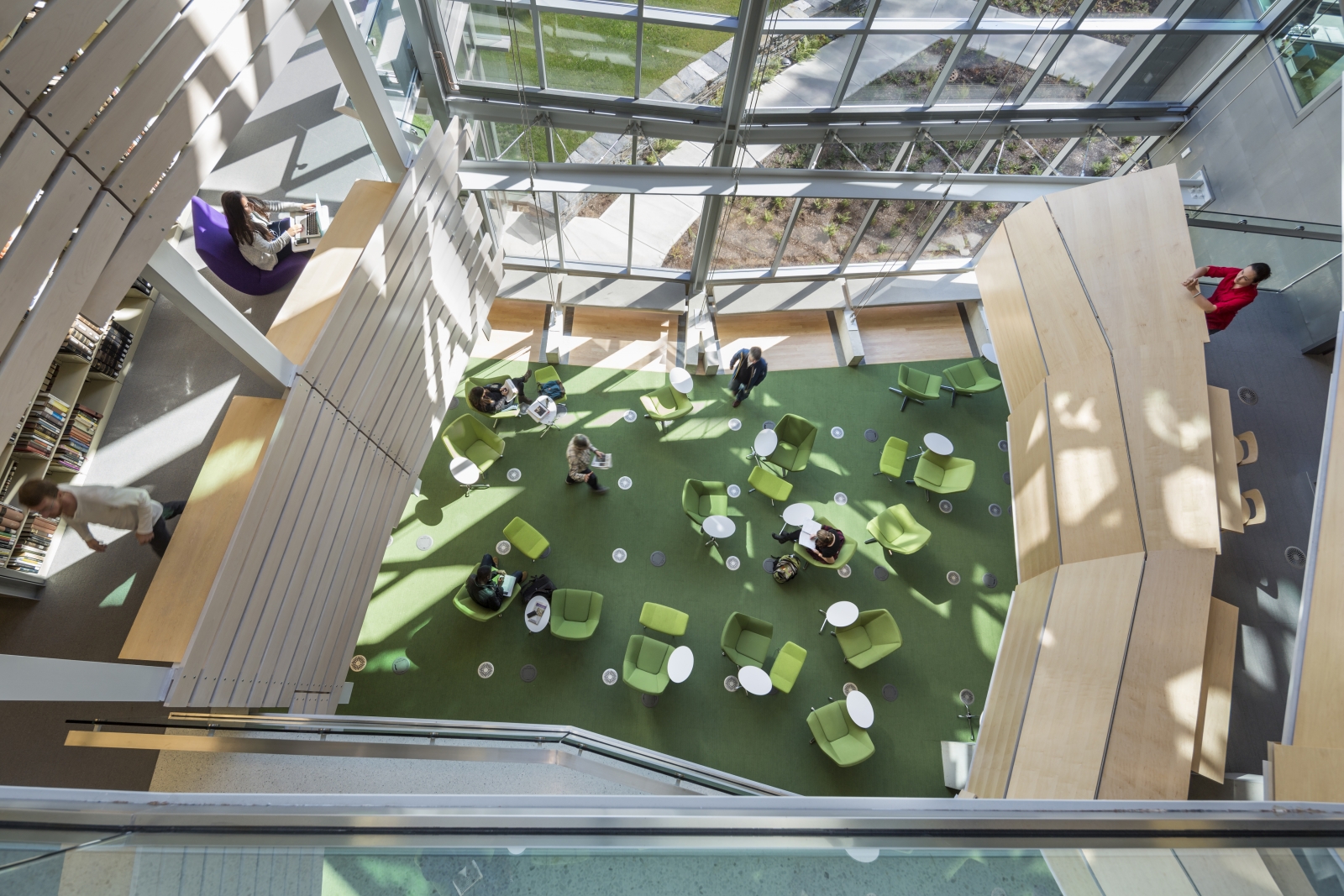 The Stetson Sawyer Library balances the preferences of all the students at Williams College.

Williams College had two problems. Stetson Hall, its iconic library, was choked with cast-iron book shelving. In addition, the rear of the Georgian brick hall had been modified to accommodate cramped faculty offices. Williams did have another library, designed by Harry Weese in the 1970s. But its monolithic volumes clashed with the Berkshires landscape and interrupted lines of sight and flow through the campus.

“Williams is all about the value of the individual student,” says Lee Clark, project manager with Bohlin Cywinski Jackson (BCJ) for the Stetson Sawyer Library, which opened in July 2014. “They challenged us to create a library that had a true richness of study areas and that would offer each student a strong connection to the landscape.”

BCJ’s work at Williams began in 2003 with a six-month feasibility study. The report suggested restoring Stetson to its former prominence by relocating the faculty offices, then integrating it into a new structure that could meet the college’s present and future needs. BCJ also recommended that the Weese building be demolished. “It was a difficult decision, because it was a nice building with a lot of good study spaces,” Clark recalls. “But it wasn’t performing as they’d intended it to.”

Those who prefer a heads-down approach to research can occupy personal nooks, each with a vista of the Berkshire Mountains

Four stories high, including a mezzanine level, the new Stetson Sawyer Library anchors the east side of Williams’ newly created central quadrangle. The restored lobby of Stetson Hall functions as a portal to the library complex, connecting the campus with its library collections and students with the college’s storied past. The addition’s main space, a multistory light-reflector atrium, houses a broad variety of spaces for technology, storage, and study. The atrium was conceived for all times of day and year. Bleached wooden slats help draw in light from the clerestory toward the bottom of the atrium, and natural light also enters from the east curtain wall. The bottom of the atrium features a vibrant space for collaborative study, while those who prefer a heads-down approach to research can occupy personal nooks, each with a vista of the Berkshire Mountains.

Clark and her team believe the library is now flexible enough to fit rapidly evolving collections, technologies, and student study habits. “No matter how hard you try, you can’t predict it all,” says BCJ’s founding partner Peter Bohlin. “What you can do is make places that people will love that also will permit change. That’s probably the most sustainable thing you can do.” 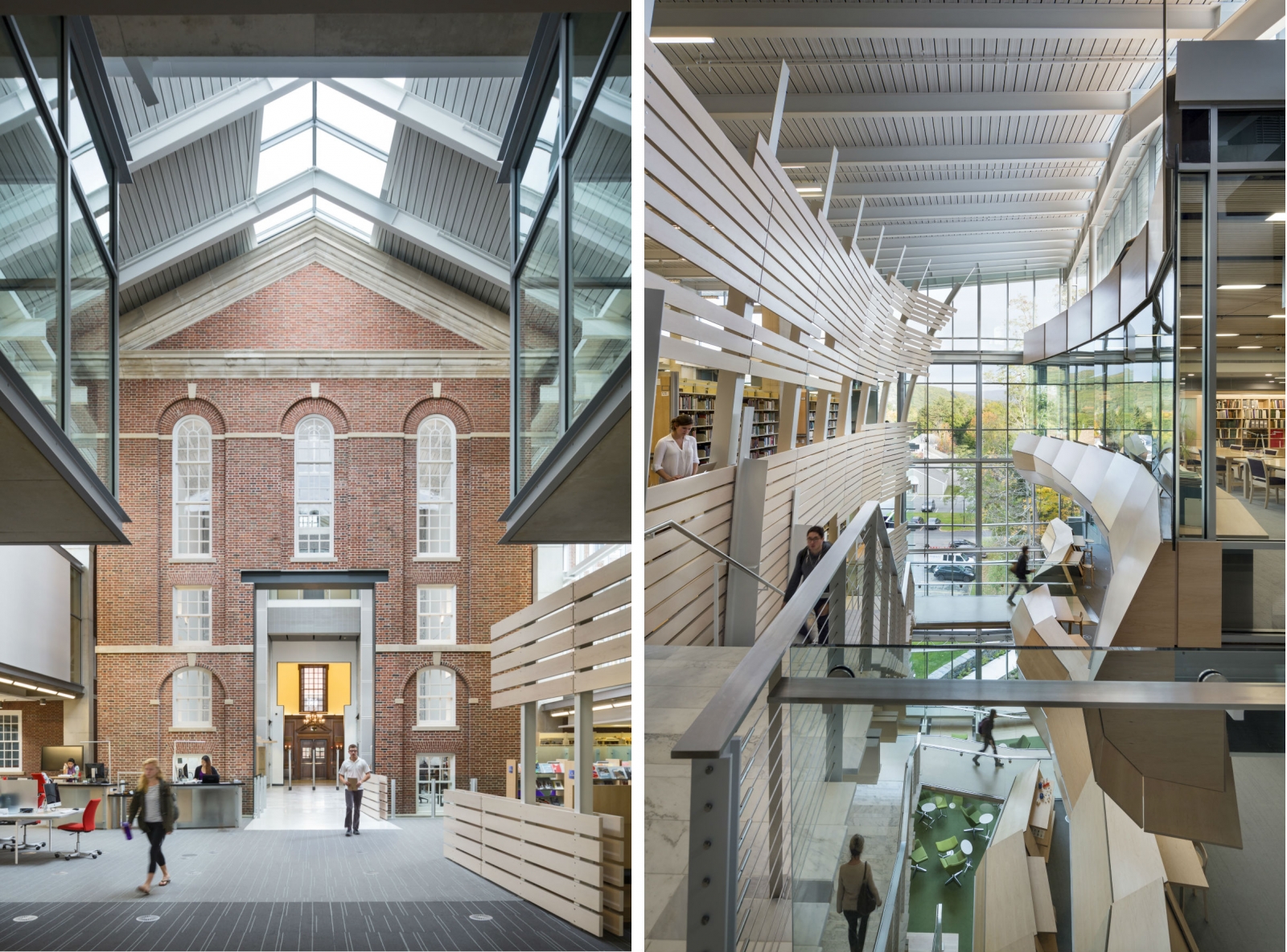 Left: An interior courtyard connects Stetson Hall and the new Stetson Sawyer Library. Right: Bleached wooden slats in the light-reflector atrium bring sunshine down to the common space below. 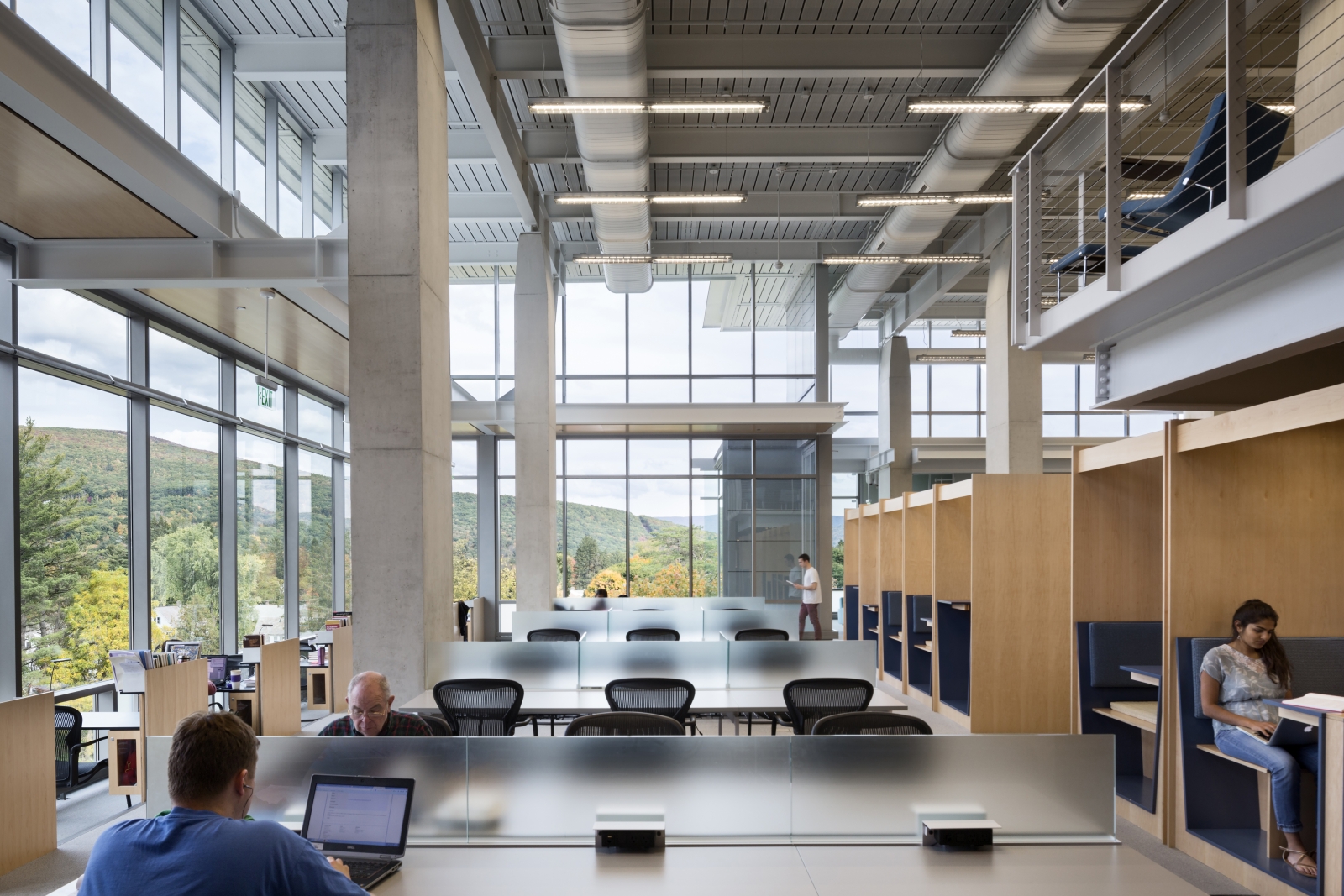 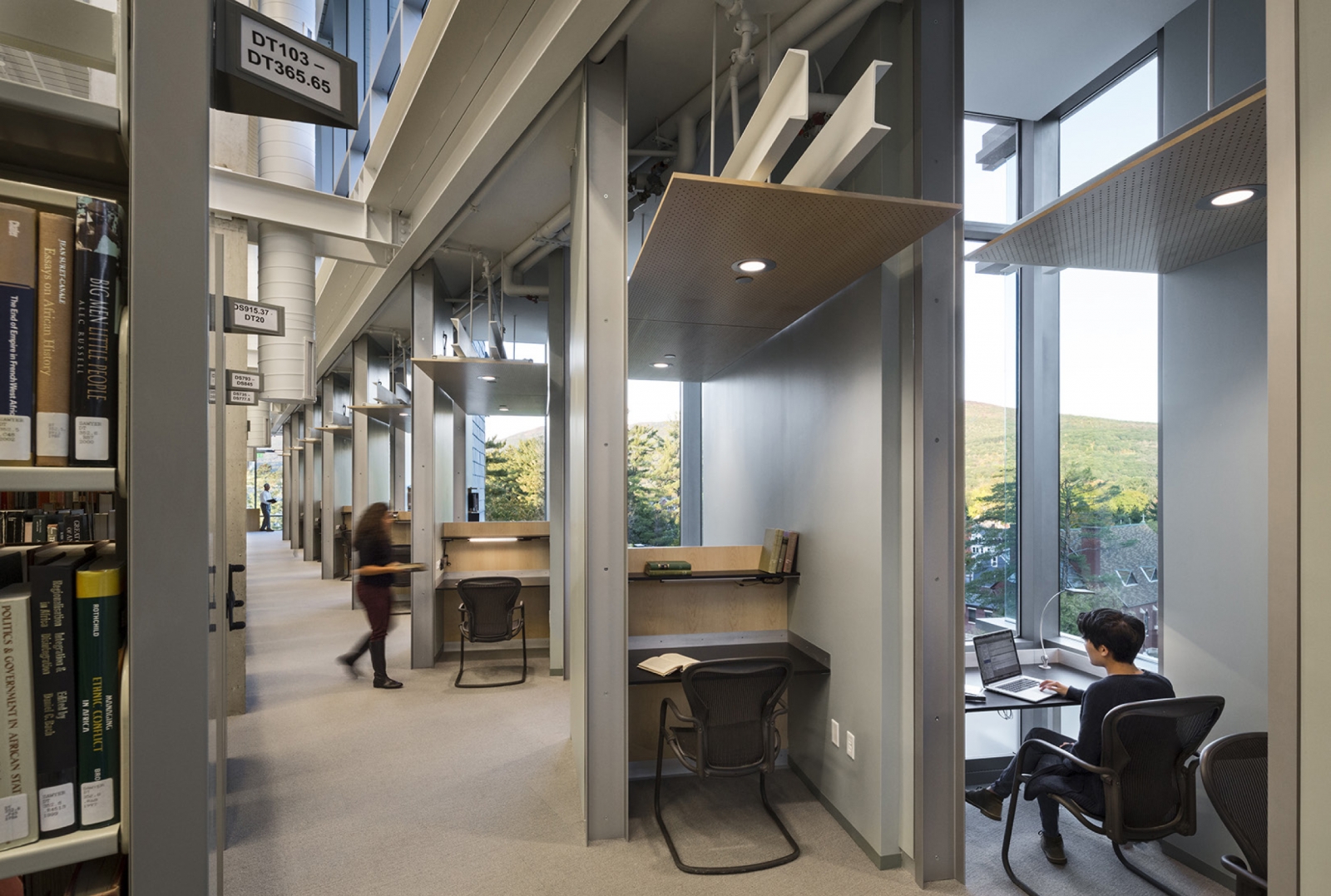 North-facing private carrels give each student comfortable Herman Miller seating, soft natural light, and a view of the mountains. 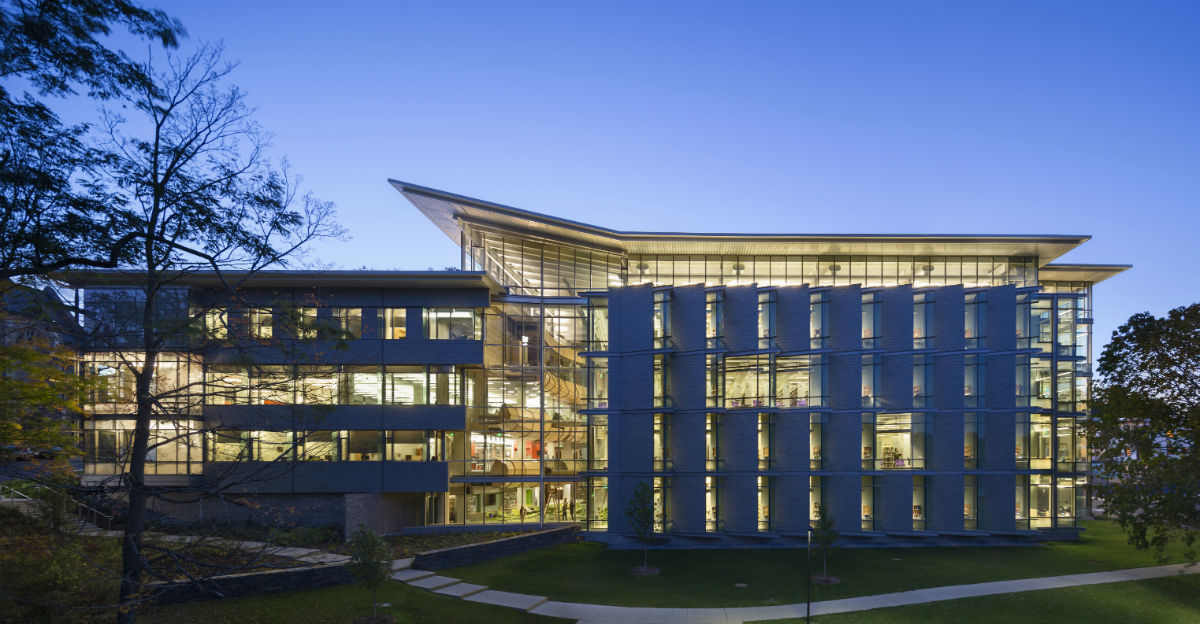 The exterior of the Stetson Sawyer Library