The world of interior design lost one of its giants last week, with the passing away of Maya Romanoff, the founder and chief creative officer of his eponymous wall coverings company. The 72-year-old Romanoff was signing advance copies of a soon-to-be launched account of his colorful life, Multifarious (City Files Press, 2014), when he felt pain and was taken to the hospital.

The entrepreneur’s career started with a tie-dyed t-shirt at Woodstock, and he caught the public eye with breathtaking large-scale installations of hand-dyed fabric at the Sun-Times Building in Chicago. The legendary weaver Jack Lenor Larsen helped him make the transition to wall coverings, and Joyce Lehrer (who later became his wife) helped him market his extraordinary designs. Joyce Romanoff, her children, and his niece, will now continue his formidable legacy. “I met Maya, the young and gorgeous hippie, when he was hoping to market his tie-dyed fabrics to interior designers,” says Susan S. Szenasy, deputy publisher/editor in chief, Metropolis. “At the time, I was a fledgeling magazine editor looking for stories that would open up new ideas to a chintz-fixated decorator community. Ever since my first introduction to him, I’ve looked forward to each new season’s product introductions from Maya’s studio. I was never disappointed.”

A Maya Romanoff wall covering was never run-of-the-mill, in the true sense of that expression. It was often hard to believe that any mill could produced the materials and finishes that he routinely incorporated—glass beads, gold leaf, stitching, and even dyed leather. But they were, for Romanoff’s great strength was not just having a vision, but pushing the limits of his suppliers and partners all over the world to achieve it.

In this, the wall coverings he produced were not just an inspiration to designers, but often a challenge—a call for greater freedom of expression and a higher standard of creativity. 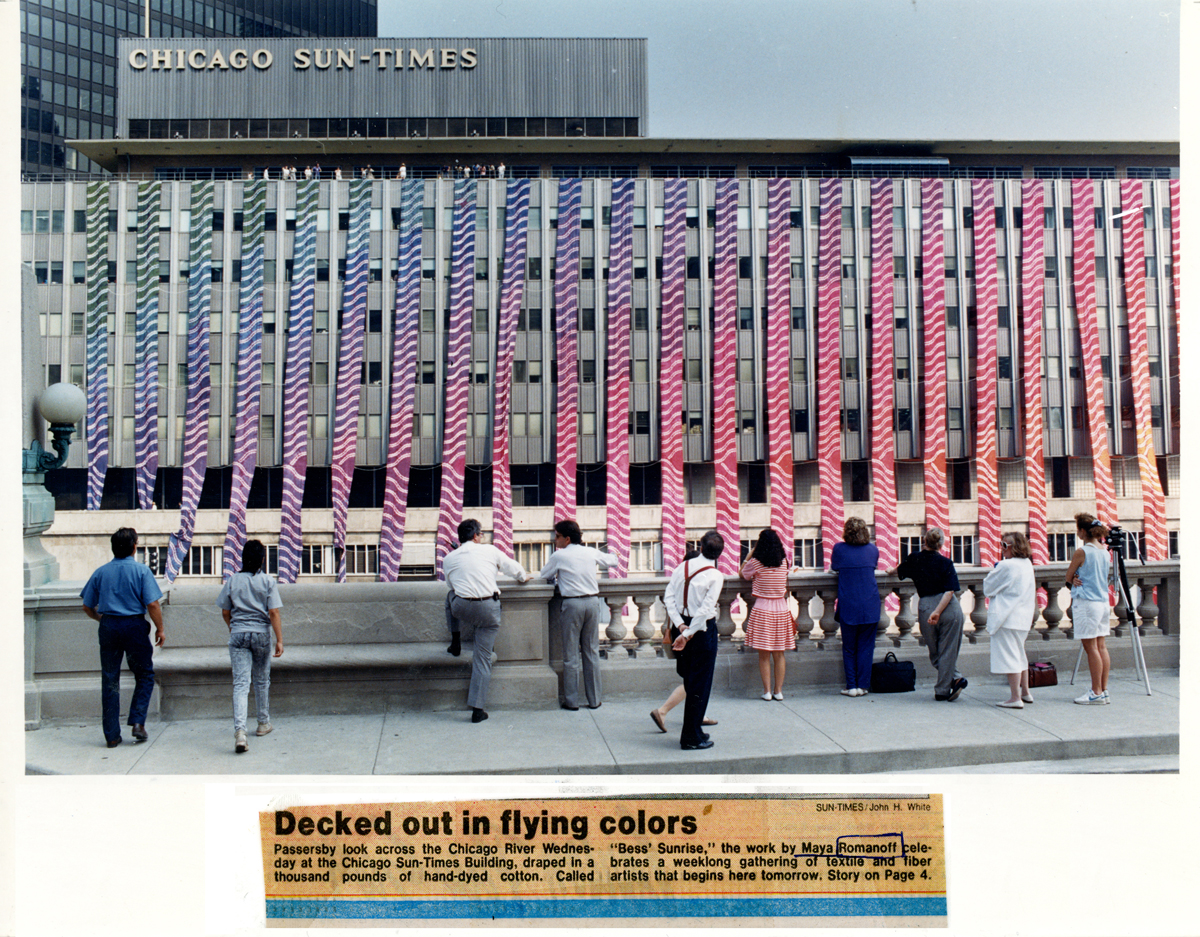 Romanoff’s hand-dyed installation at the Sun-Times Building in Chicago, 1988. 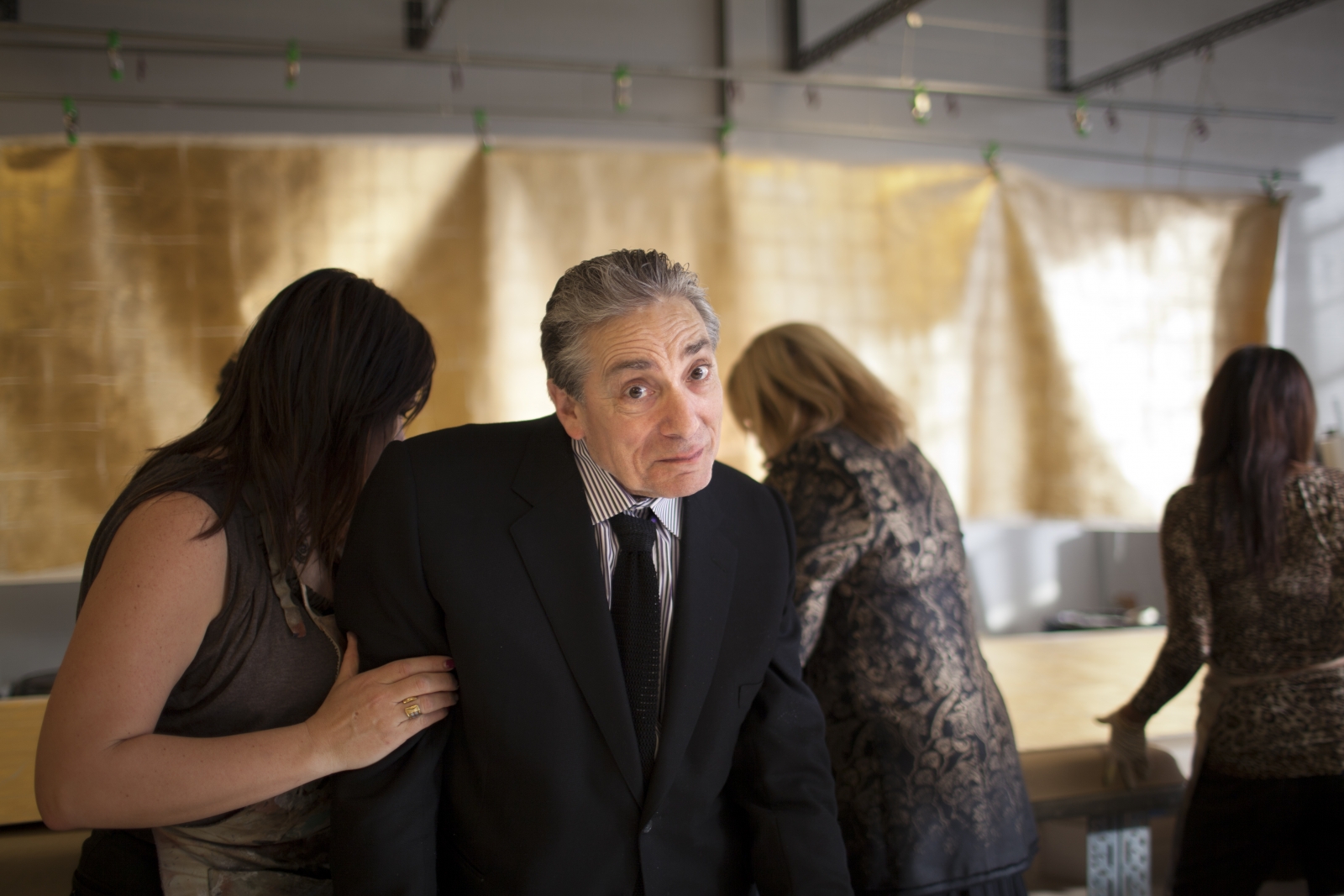