What Do MBA Types Have to Teach Designers?

People Design strives to bridge the gap between designers and businesspeople.

Business has officially taken notice of design. The interest goes deeper than marketing the design features of a product, prompting business strategists to tap into design methods for innovative ways of solving traditional business problems. “Design Thinking” has become a hot topic among today’s MBA students. Apple is hard to ignore, and everyone wants a slice.

Last year I had the pleasure of meeting Bill Moggridge, cofounder of the pioneering design firm in this space, IDEO. I appreciated the meeting—and the fact that Bill passed away in September makes me appreciate my brief time with him even more. During our conversation in his New York office, he shared with me the story of IDEO’s transformation from product design firm to strategic design thinking juggernaut. He described how they deliberately asked people from divergent disciplines to work together, requiring that they check their egos at the door.

Why haven’t more firms done that? “Because it’s hard,” Bill said. I’ll second that. Many firms talk the talk of design-led innovation. We’re attempting to walk the walk. We, too, have a point of view and are one of the pioneers in the reinvention of the design consultancy—a small design office with a growing number of MBAs and people with diverse backgrounds who previously might never have found themselves working at a design firm. Professional designers are also businesspeople of a sort, but people who have gone to school for business view the world differently than those who have gone to school for design. 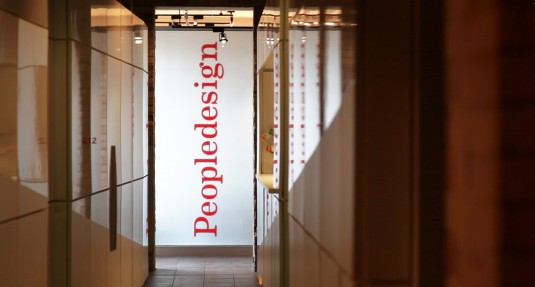 When one of our first MBA types joined our ranks, one of our designer types remarked, “He’s a shark.” At first I thought that might mean trouble: Were the cultural divides too great? Did we want sharks in here? And if he’s a shark, does that make the rest of us guppies?

Despite the fact that I live in Michigan, Broadway analogies hit closer in my home than sports analogies, and so it hit me: If the MBAs are Sharks, the designers are Jets. It’s our own little “West Side Story.” When you’re a Jet you’re a Jet all the way from you first cigarette to your last dying day. When you’re a Jet you’re the swingin’est thing. Little boy you’re a man. Little man, you’re a king. Here come the new guys, business Sharks, moving in on the Jets’ design territory. This turf is small, but it’s all we got.

But the Sharks aren’t taking “no” for an answer. It’s not even clear anymore which neighborhoods are Sharks’ turf and which belong to the Jets. Maybe that isn’t such a bad thing. The gym is neutral territory, and we might be able to work something out at the dance.

Clearly, we Jets could learn a few new moves from the Sharks. The Sharks need to cool their jets anyway, so to speak. What’s more, a pair of star-crossed lovers is in the mix. My business partner is also my wife, and while we both started out as Jets, we often swim with the Sharks. We have to be careful, though, because there’s a risk of a rumble, and someone may get hurt. Something’s coming, I don’t know what it is, but it is gonna be great! 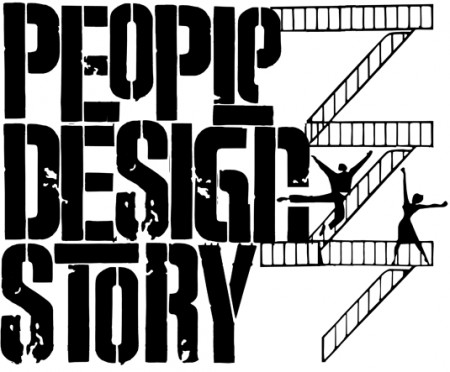 When it’s show time, it isn’t us against them. In truth, we’ve made great strides. We’re learning every day. A colleague once mentioned that when people talk about collaboration, they usually mean cooperation. True collaboration is hard. Real communication is hard. It’s not about holding ground; it’s about ceding turf.

Two decades ago I was in school at Carnegie Mellon, where everyone is a geek in their respective discipline. The least geeky and (excuse the perception) least interesting people got a business degree. General management, which we assumed was to generally manage something general. It left us scratching our heads. Now that I own my own business, I value management greatly. Business is an engine, and we don’t go very far without it. Besides, what do designers really do anyway? How do they do it? Is it describable to a non-designer, or do you have to be part of the gang?

Today we operate in a post Sharks vs. Jets world. Our team looks different. Our projects look different. Our sketches, books, and processes look different. As for the star-crossed lovers, our children have certainly taken the best of both of us. It’s the same for our ensemble at work. This is clear: Our hybrid future is stronger than our disconnected past. Designers focus on asking questions, but often don’t like to answer them. Businesspeople focus on answers, but often don’t ask the right questions. The combination can be powerful. The future of business and design lies in our ability to overcome our small worlds to make room for a bigger one. Could be! Who knows?

Kevin Budelmann is co-founder and president of Peopledesign where he serves as leader and change catalyst. He has served as a strategic partner to organizations ranging from startups to Fortune 500 companies, and covering a wide variety of industries, including business and online services, health care, education, manufacturing, automotive, finance, design, and consumer products. Peopledesign has been recognized by Inc., Co.Design, Dwell, and other design and business publications.