Nostalgic about the publication’s 25th anniversary, Horace Havemeyer III, the founder and publisher of Metropolis, talks about its inception as well as its future. 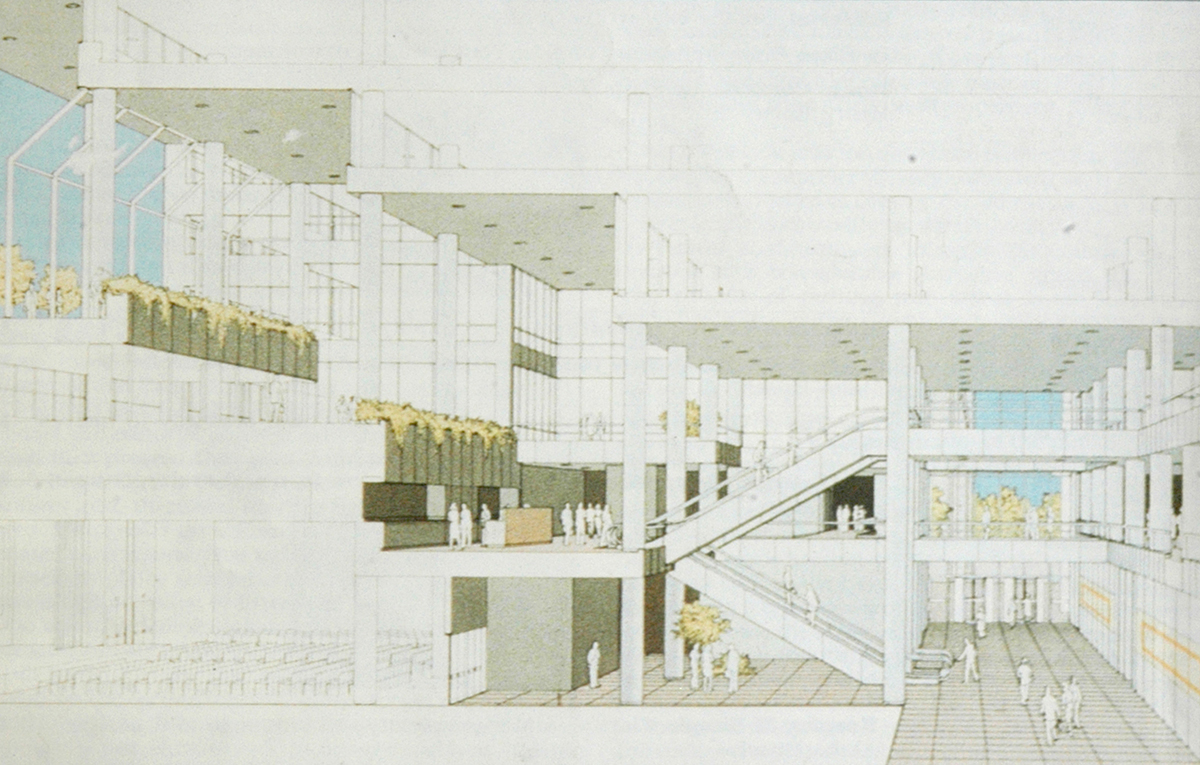 The cover image from the first issue of Metropolis.

The following interview was originally published in April 2006, on the occasion of the 25th anniversary of Metropolis.

Stephen Zacks: What were you doing before you started Metropolis?

Horace Havemeyer III: When I was in college I really was interested in publishing, but after college I went into the family business, which was sugar refining. About five years later I got a job in book publishing at Doubleday, where I worked for ten years. But in 1979 I thought I would see what I could do on my own. One of the things I fell into was helping out at Skyline, the journal of Institute of Architecture and Urban Studies, run by Peter Wolf and Peter Eisenman. There were a lot of people coming to speak at the institute from outside of New York, as well as a lot of people from Columbia University, and after Skyline was discontinued, all of a sudden a bunch of people said, “Why don’t we just start a magazine?” Someone thought of the name Metropolis, and in 1981, we went ahead and started publishing.

SZ: What was the thinking behind the name?

HH: A guy I was working with was running around the reservoir in Central Park when he came up with the name. We were looking for something that had to do with the city. Carl Lehman-Haupt and Veronique Vienne designed most of the first issue—the size and everything—but for the cover we went to Martin Moscow. His concept was to put “Metropolis: The Architecture and Design Magazine of New York” more or less equally on the page, but as time went on, the word “Metropolis” got bigger and bigger, and the subtitle got smaller and smaller.

SZ: What were your motivations when you first started the magazine?

HH: I told the people who wanted to be editors at the time that there were three things I was concerned about. First, I thought the magazine should cover all aspects of design. The idea was that most people don’t differentiate between architecture and design. If you go back and read the first editorial, you’ll see it’s still very a propos of our current emphasis on the collaboration of people from different disciplines on projects because it looks at all aspects of design.

Second, I wanted a magazine that could really explain what was going on in the contemporary design world. There were a couple of movements at the time. One was what became postmodernism, but it was coming from a couple of different directions in the 1970s. When Michael Graves drew this sort of semi-classical work in 1979, there was an important show at the Max Protetch gallery that was very revelatory and exciting: no one had ever seen anything like it before. At the time, people were looking at some of the failings of modernism and making comparisons to how a building is planned in Beaux-Arts architecture—what they called the parti—because of its great progression. If you look at a Mies building, or even the Neue Gallerie in Berlin, for example, you don’t really know where the front door is. There’s a big glass wall, similar to a lot of the buildings at IIT. There was a lot of discussion and lecturing about things like that. Robert Stern was particularly valuable because he was more of a historian than most of the other people. But I felt that we needed to really explain why things look the way they do.

The third goal has been much more elusive. When we started, we were thinking of a more consumer audience and trying to start a dialogue to improve the quality of buildings by keeping designers, architects, developers, and city planners in check and encouraging them to be more responsible about what they build. That’s where there’s a sense of mission about what we do. Isolationism is not just a political attitude; it also exists in a lot of professions, particularly architecture and design. In the United States we don’t pay enough attention to what’s going on in Europe, China, or anywhere else. We’re convinced that we’re ahead of the game in all areas. I was shocked about ten years ago when Susan [Szenasy] and I were down at the AIA national headquarters in 1995 and they were telling us how they had committees of people going to Europe to teach the Europeans how to practice architecture. Of course, Germany had already figured out that they needed to do something about the environment and were designing very sophisticated green buildings. All of the American architects who went there had to hire people who could do that. It’s sort of a dirty secret that came out when some of the star architects were lecturing in prominent places. You could never get them to talk about their green projects. One example, of course, is Richard Meier.

SZ: Has the mission of the magazine changed over the years?

HH: A lot of it’s been fine tuning. Editorially, we haven’t departed much. What really changed was that in the beginning we were a New York magazine. We were just too small and the operation was too modest to try to have a national launch. We changed to national in 1989-1990, but even before that we were trying to create an audience in other major urban centers. The other thing that changed was the readership. We suddenly found that by the mid-to-late 1980s, most of our subscribers were design professionals rather than consumers. Susan was always trying to write for both audiences in a very accessible way, but the people who really grabbed onto it were the design professionals. We’ve had different art directors and that’s changed how the magazine looked, but we’ve had tremendous continuity editorially because we’ve only had two editors, one from 1981 to 1986, and then Susan joined us in February, 1986—she’s been with us for 20 years now.

SZ: Do you think that as the public gets more educated and aware of design, and as the culture changes, it will have an effect on the Metropolis readership?

HH: We’ve seen signs that people are becoming more aware about design. We were so close with the World Trade Center. There was enough public interest that the Lower Manhattan Development Corporation tried to service the demand, but it wasn’t a genuine effort. There were a lot of competition entries that really didn’t get looked at. Someday someone’s going to do some archival research and everyone’s going to be shocked at how good some of them were. People could still learn a lot more from architects, designers, and city planners. It would be nice if people got turned on to design and architecture and we got discovered by them, because it would indicate a type of consciousness about design that would truly make the world a better place.