The visualizations find the architect’s Villa Savoye in deep disrepair.

Brussels-based visual artist Xavier Delory likes to poke fun at history. His latest project Pèlerinage sur la Modernité (Pilgrimage on Modernity) is an irreverent look at the meaning of Modernist masterworks today. The first images in the ongoing series sharply questions the role of Le Corbusier’s Villa Savoye in Modernist historiography, as Delory renders its walls covered in graffiti, and its famed ribbon windows smashed. It’s a fate reminiscent of that which has befallen the ubiquitous banlieue housing projects that the Villa’s modernism in part inspired.

Delory presents this alternate Villa Savoye with head-on images of its four elevations, confronting viewers with hypothetical vandalism and a mastery of trompe l’oeil Photoshopping. Among the typical aerosol scribblings of signatures and swears, a diving shark and the text of Le Corbusier’s Five Points are also visible. The unnamed vandals have thrown rocks through the windows, leaving some shattered, others boarded up or covered in plastic. Weather, too, has played its role in this fantasy of ruination—large slabs of whitewash have chipped and fallen from the once-pristine facade.

Overall, Delory’s provocation is an attack on the idolization of architecture. The shock induced by his images is perhaps evidence that the Villa Savoye, as an icon of function and utilitarianism, is now too often treated as a precious object. In fact, the contemporary state of the building—pristine, untouched by the ages—is the result of an extensive reconstruction and restoration process that began in the 1960s. During the Second World War, the house was commandeered first by the German military, which used it as a hay barn, and then by the American army. Both damaged it heavily, and the Villa was in reality far more of a ruin than even Delory’s talented hand could fabricate. (The building’s decay featured in one of Bernard Tschumi’s polemical Advertisements for Architecture, to which Delory’s project bears affinities.) 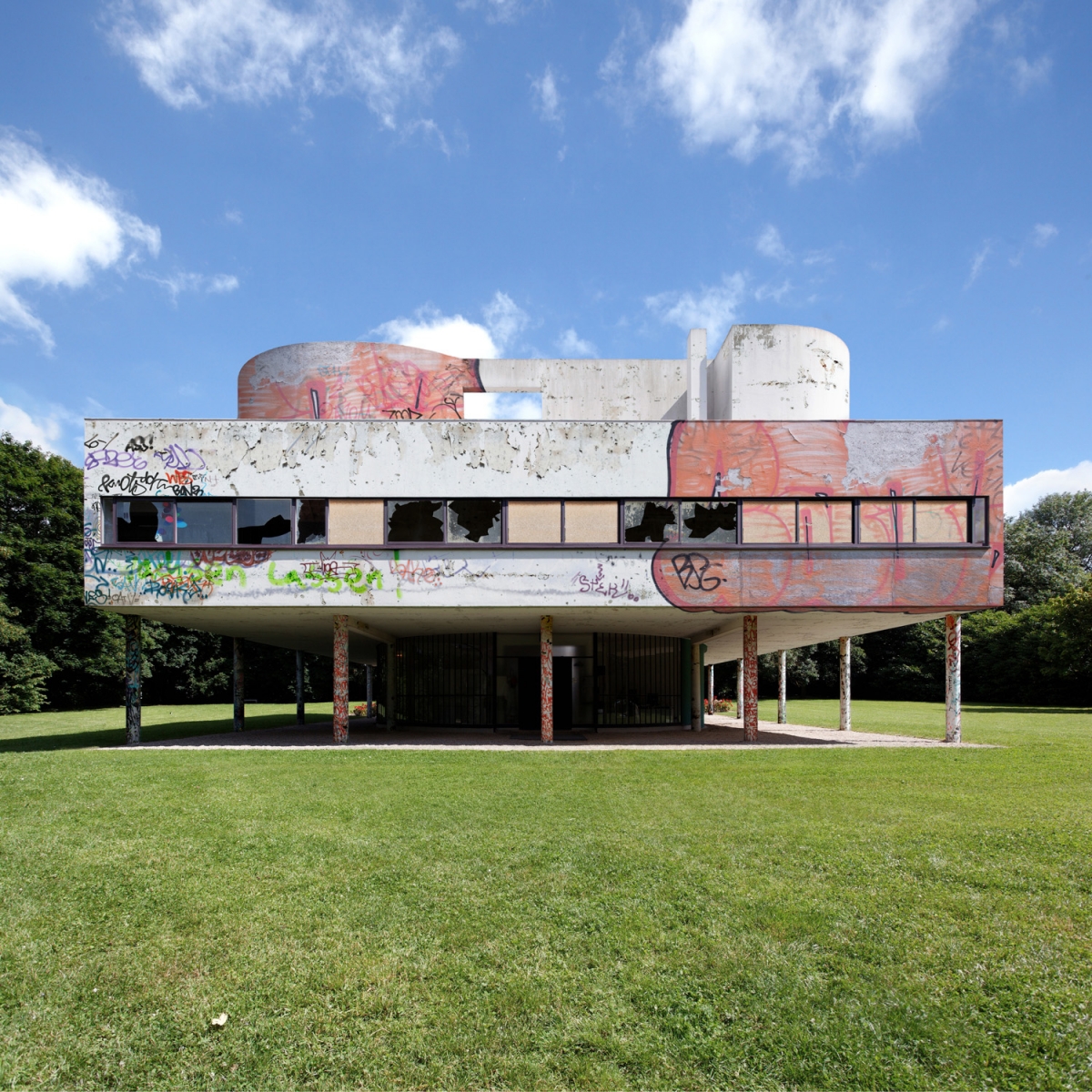 Of course, Le Corbusier was no stranger to vandalism; his Mediterranean vacation house was next door to E-1027, another Modernist icon, designed by designer Eileen Gray and critic Jean Badovici. Le Corbusier would at times sneak into the house and paint vibrant murals while nonchalantly nude—Gray, quite reasonably, accused him of vandalism. It seems that not even Le Corbusier could resist the call of the blank architectural canvas created by Modernist white walls. Perhaps Xavier Delory’s Pilgrimage is simply giving Corbu a taste of his own medicine. 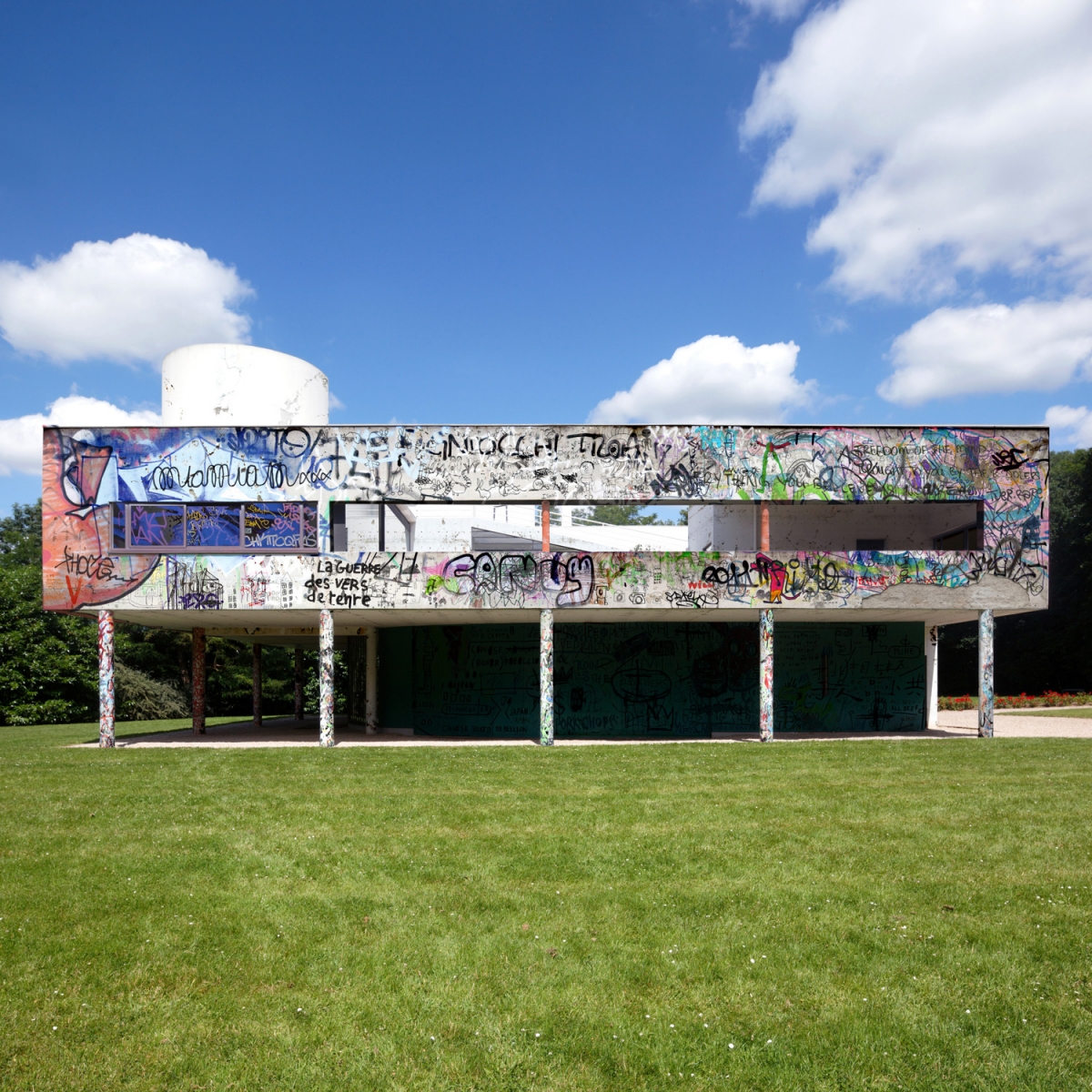 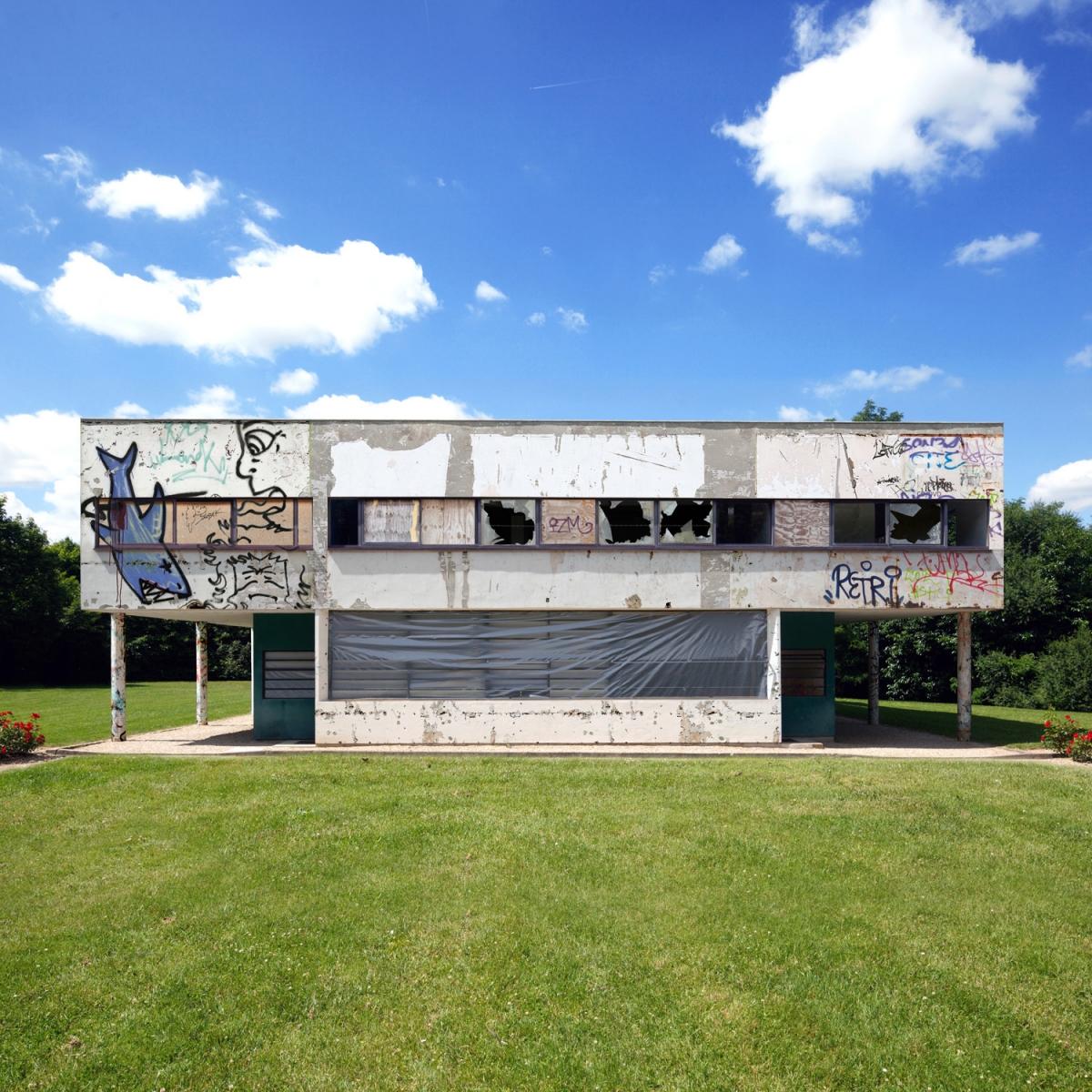 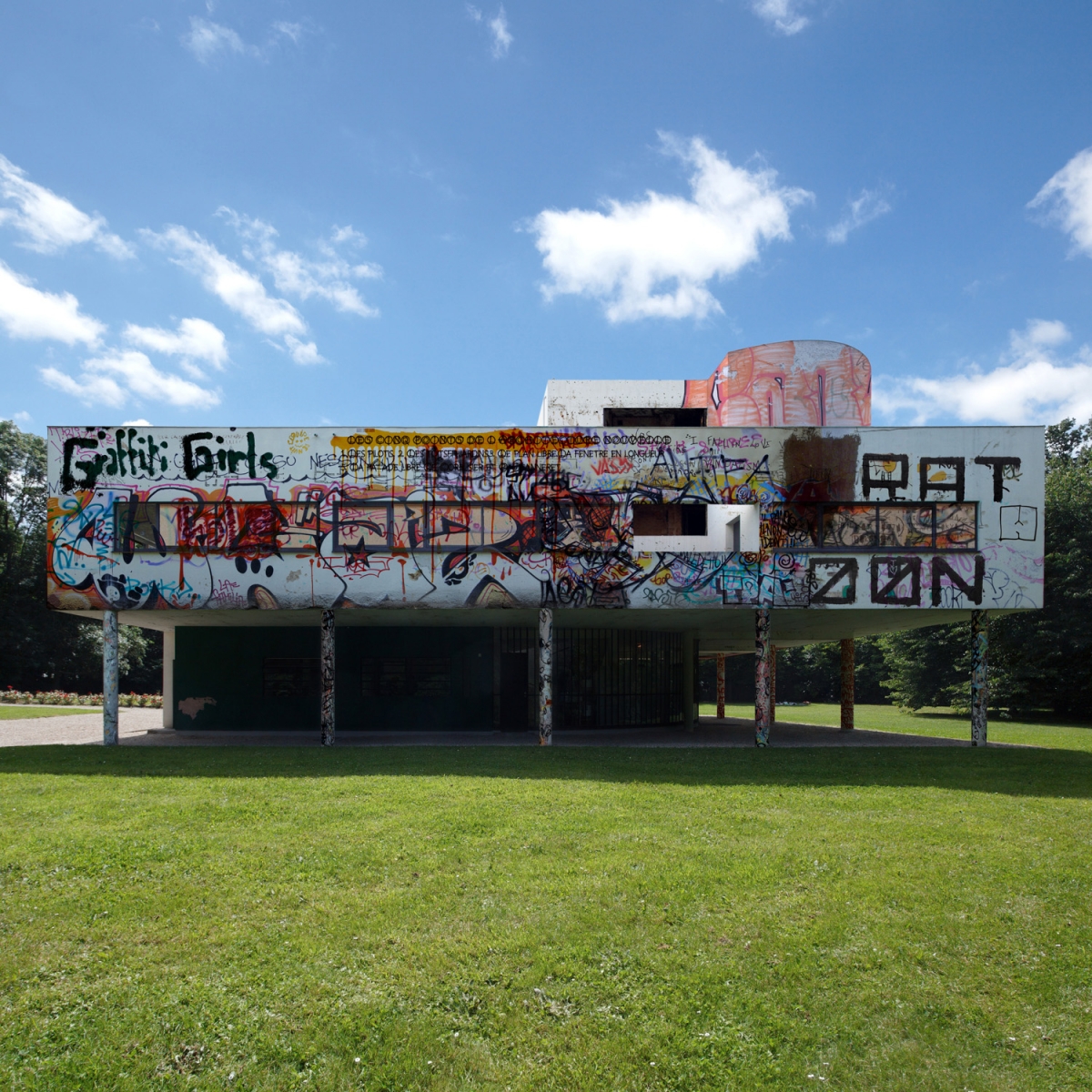