MoMA’s Exhibition on Housing Misses by 99%

The newly opened show at the Museum of Modern Art, Foreclosed: Rehousing the American Dream, fails to accomplish the goal alluded to in its title. That is, to consequentially address one of the most critical issues facing the public today—foreclosures. The result is a disservice to the people the show’s organizers set out to help. […]

The newly opened show at the Museum of Modern Art, Foreclosed: Rehousing the American Dream, fails to accomplish the goal alluded to in its title. That is, to consequentially address one of the most critical issues facing the public today—foreclosures. The result is a disservice to the people the show’s organizers set out to help. What’s worse, the exhibit takes architecture back ten years, attempting to re-aim the profession in a failed direction of the past.

In the past decade, evidence has mounted in other exhibits and publications that architecture—or more broadly, design—can play a direct role in addressing issues critical to the general public. Rather than just providing luxury to “the few,” designers involved in those projects worked intensely with communities to reshape their built environments. With a significant tailwind from the green design movement that addressed the environment, design has started to show a real capacity to address social and economic issues as well. The success of what came before began to change public opinion of what design does, and whom it serves.

One of the best of these was (ironically) another MoMA show, Small Scale, Big Change, presented just last year. Curator Andres Lepik selected projects in which the architects maintained a sustained relationship with the communities they served. The projects were developed and carried out with the involvement of the communities, not invented in a museum for distant “beneficiaries.” Rather than being esoteric ideas proposed for whole “mega-regions” of the country, these schemes were site-specific and actually built, in cooperation with the people who benefited.  The New York Times architectural critic at that time, Nicolai Ouroussoff, wrote that Small Scale, Big Change signaled a philosophical shift in the museum’s architecture and design department, “which for most of the eight decades since its funding by Phillip Johnson, famously championed architecture’s artistic merit over its social value.”

But with Foreclosed Johnson’s philosophy seems to have prevailed, and we’ve returned to top-down architecture by star architects and curators who do such things as divide the country into five regions, reminiscent of King Charles II. It’s too bad. Especially since we’ve seen that design can have both artistic merit and true social value. 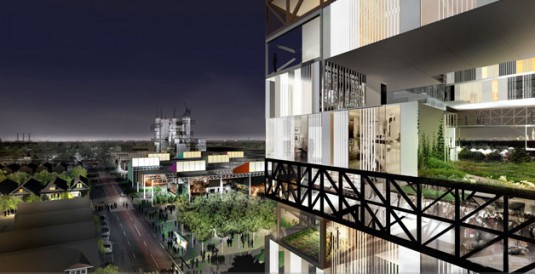 To be fair, a few efforts at community engagement could be found in Foreclosed. Jeanne Gang included three qualified advocates for the interests of the general public: Theaster Gates, Roberta Feldman, and Cristine Pope. As she states in her explanation of the project, she and her “teammates” interviewed locals who had been victimized by the foreclosure crisis. She even set the scene, describing “Cicero’s forlorn industrial landscape, another piece of which went up in smoke last week when a warehouse burned to the ground.”

This is all good, as far as it goes. But given the scope of the challenge and the limited time involved, Gang’s proposal can only be considered a token effort. 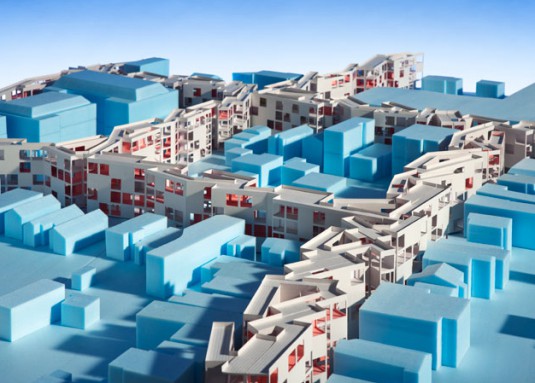 Others seem purely generated from inside a studio, with no effort at a dialogue with the intended beneficiaries. For example, MOS proposes a graphic pattern of buildings for Orange, New Jersey that embodies the aloofness of Le Corbusier’s Plan Voisin (neighborhood disruption, “killing” streets) with none of its benefits (more light, air, and public space).

Rather than just serving the top 1%, design could be as meaningful as public health and public interest law in serving the people. In fact, the architectural profession now sees an opportunity for a needed rebirth. Faced with the highest unemployment of any college degree, many architects are seeking nontraditional uses of their talents. In 2011, the Fellows of the American Institute of Architects awarded the $100,000 Latrobe Research Prize to the study of public interest practices in architecture. Many see a field of Public Interest Design emerging, as happened in medicine and law. 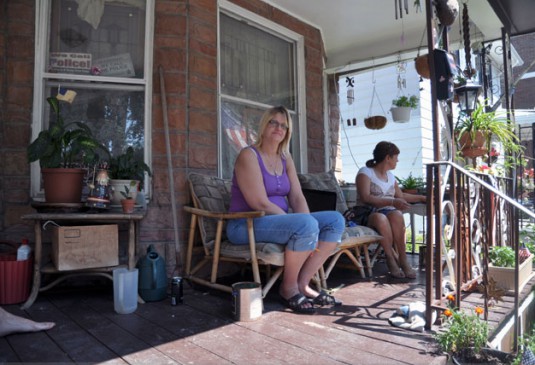 Here is a good rule of thumb for successful projects in the field, or for any future curators or designers who want to claim to help the general public through design: “Nothing about us without us is for us.” This adage from the disability rights movement has been used when “experts” attempt to provide “help” without consulting those they propose to help.

In the end, it is not a curator or the designer who will determine if design projects are successful or not. It is the public who will be the final judge, based on what the design achieves.

For architecture to reach its full potential the public must be involved, inviting designers to be a part of their conversations and solutions in addressing social needs. But before this happens, the public must first understand the newly-emerging role of design. And it is here that this show wastes so much possibility and a timely opportunity. 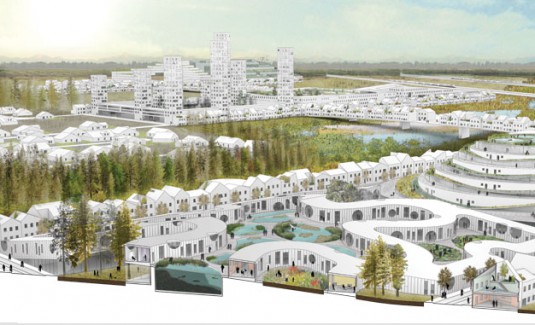 Foreclosed: Rehousing the American Dream is open at MoMA through July 30.

Bryan Bell worked with Samuel Mockbee in 1985 on three houses in rural Mississippi; in 1991 he founded Design Corps and subsequently added a fellowship program with the AmeriCorps; in 2010 he was a Harvard Loeb Fellow. His effort to share ideas with the newest generation of architects has led to a series of conferences, like Structures of Inclusion, hosted at various universities. His current work includes “Public Interest Design,” funded through the 2011 Latrobe Prize awarded by the American Institute of Architects; the work includes a triple bottom line evaluation using the Social/Economic/Environmental Design (SEED) Scorecard.