OMA and OLIN Collaborate on "Bridge Park" for Washington, DC

The project’s backers hope that the river-spanning park will be the city’s next great landmark.

The winning design calls for a $40 million park and recreational hub that will cross the Anacostia River.

OLIN and OMA have been selected to design the 11th Street Bridge Park in Washington, DC, a novel study in using aging infrastructure for new purposes. The OLIN/OMA scheme was chosen among a list of four proposals for its accommodation of a large array of program types, its potentially iconic form, and its attention to social and economic forces at play around the site.

The 11th Street Bridge Park began as part of an effort to redevelop the waterfront of the Anacostia River in D.C., long neglected and left as a polluted post-industrial channel. A collaborative project between the city government and the nonprofit Building Bridges Across the River, the bridge park will replace an aging traffic artery across the Anacostia, using its remaining piers as structure for a new deck. The design—which, of course, bears affinities to New York’s High Line—creates a pedestrian connection between neighborhoods on either side.

The competition to design the bridge park takes place amid the growing redevelopment of the D.C. Navy Yard and other neighborhoods south of Capitol Hill, while the southern bank of the Anacostia remains home to some of D.C.’s most disadvantaged areas. The OLIN/OMA proposal decided to take on this economic disparity, using the bridge as a formal and recreational connector. Uses as disparate as cafés and boat launching docks occupy different sections of the span, distributed according to the long-standing OMA strategy of configuring different programs in a fixed space, hoping to create a charge through unusual adjacencies. Another OMA design trademark—taking things very literally—can be seen in the crossing of two sloping decks at the center of the bridge, creating an “X” shape that echoes “Anacostia Crossing,” the scheme’s name and the bridge park’s purpose.

The project’s backers hope that the river-spanning park will be the city’s next great landmark.

The project directors have begun to raise construction and operational funding for the project, which is scheduled to open in 2018 at the earliest. Hopefully, the OLIN/OMA design will succeed in bringing together the two sides of the Anacostia, making the bridge park not only a means of moving traffic across the river, but also a desirable destination for Washingtonians of all ages and backgrounds. 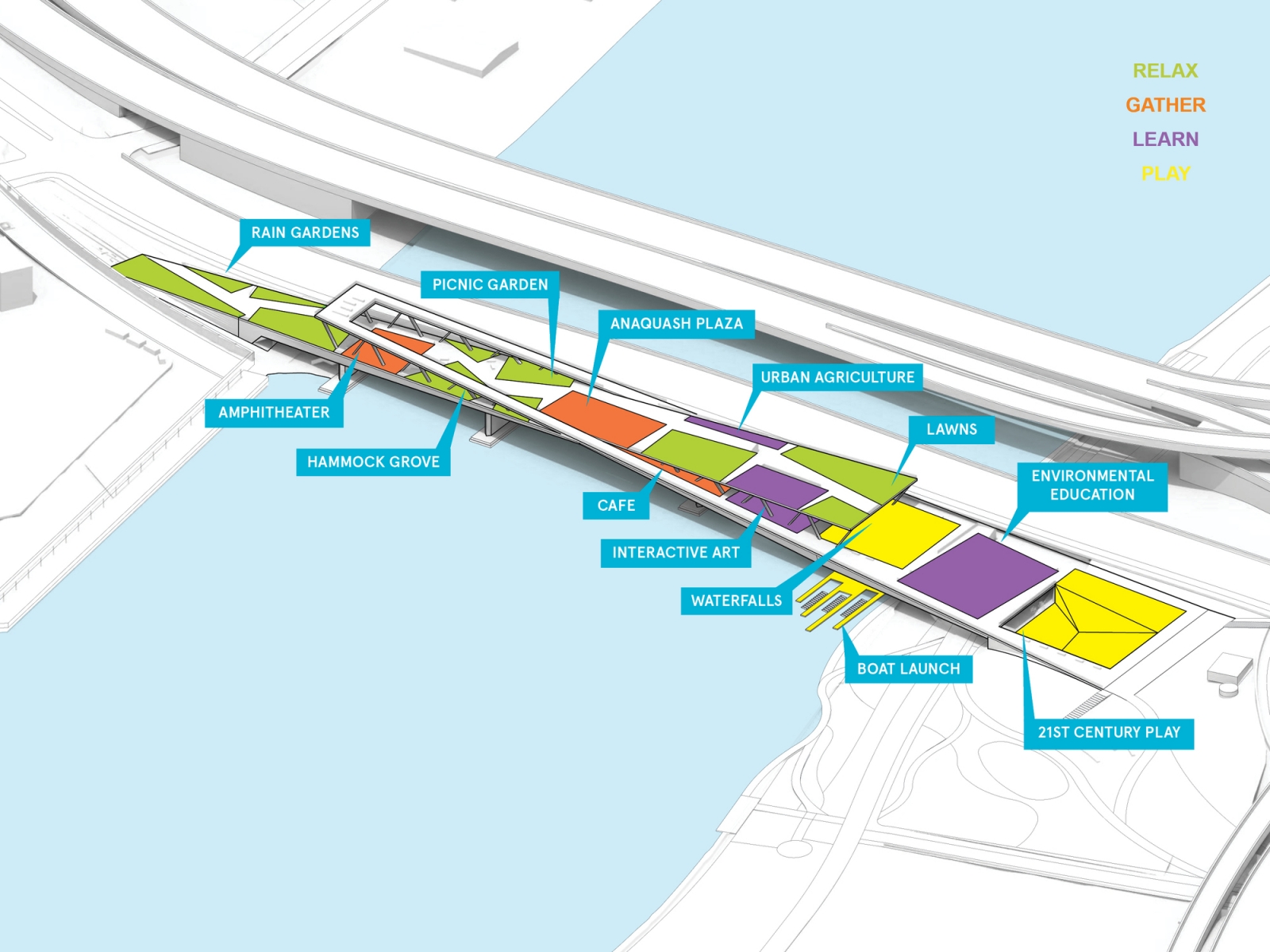 All others courtesy OMA 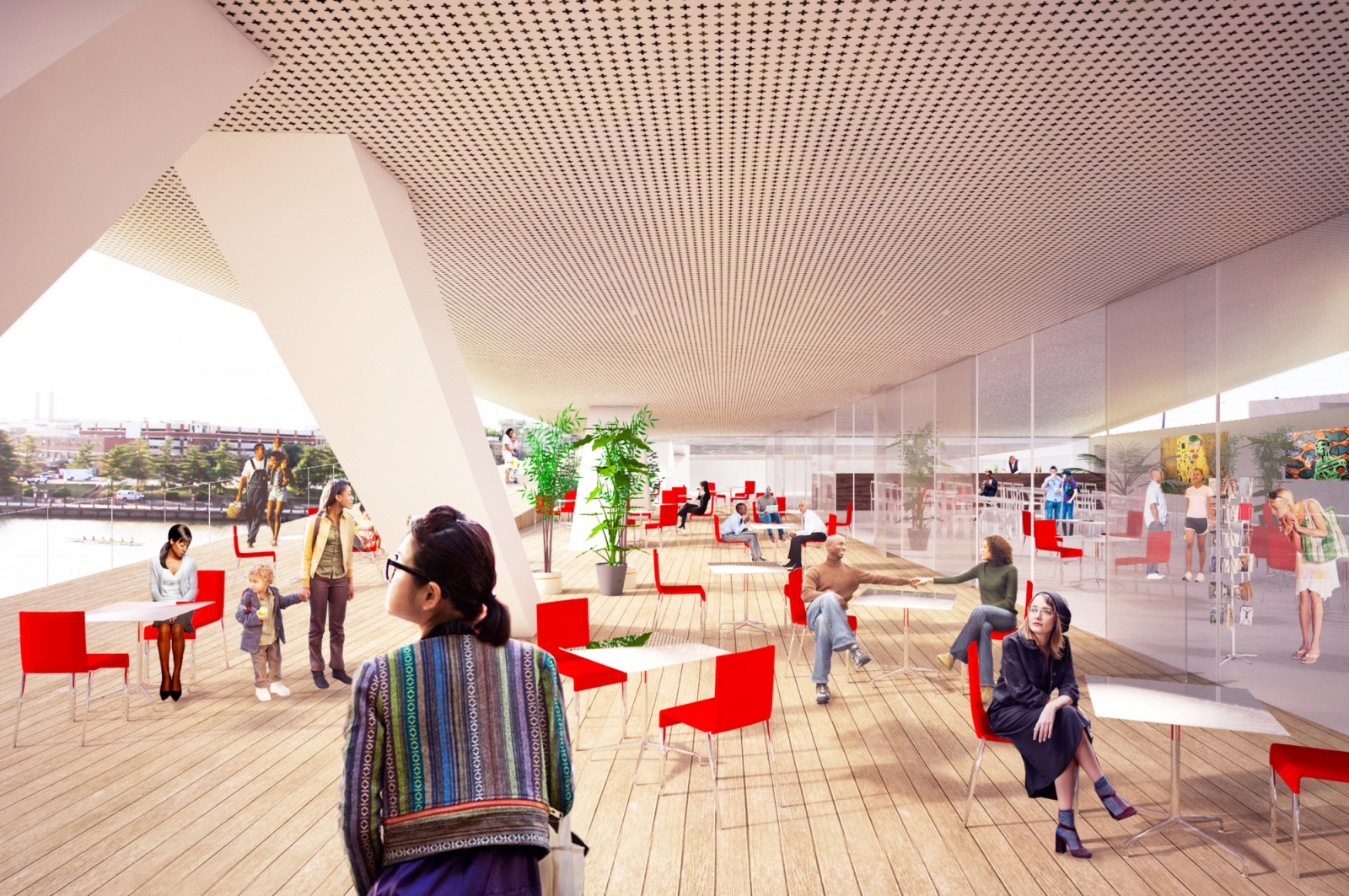 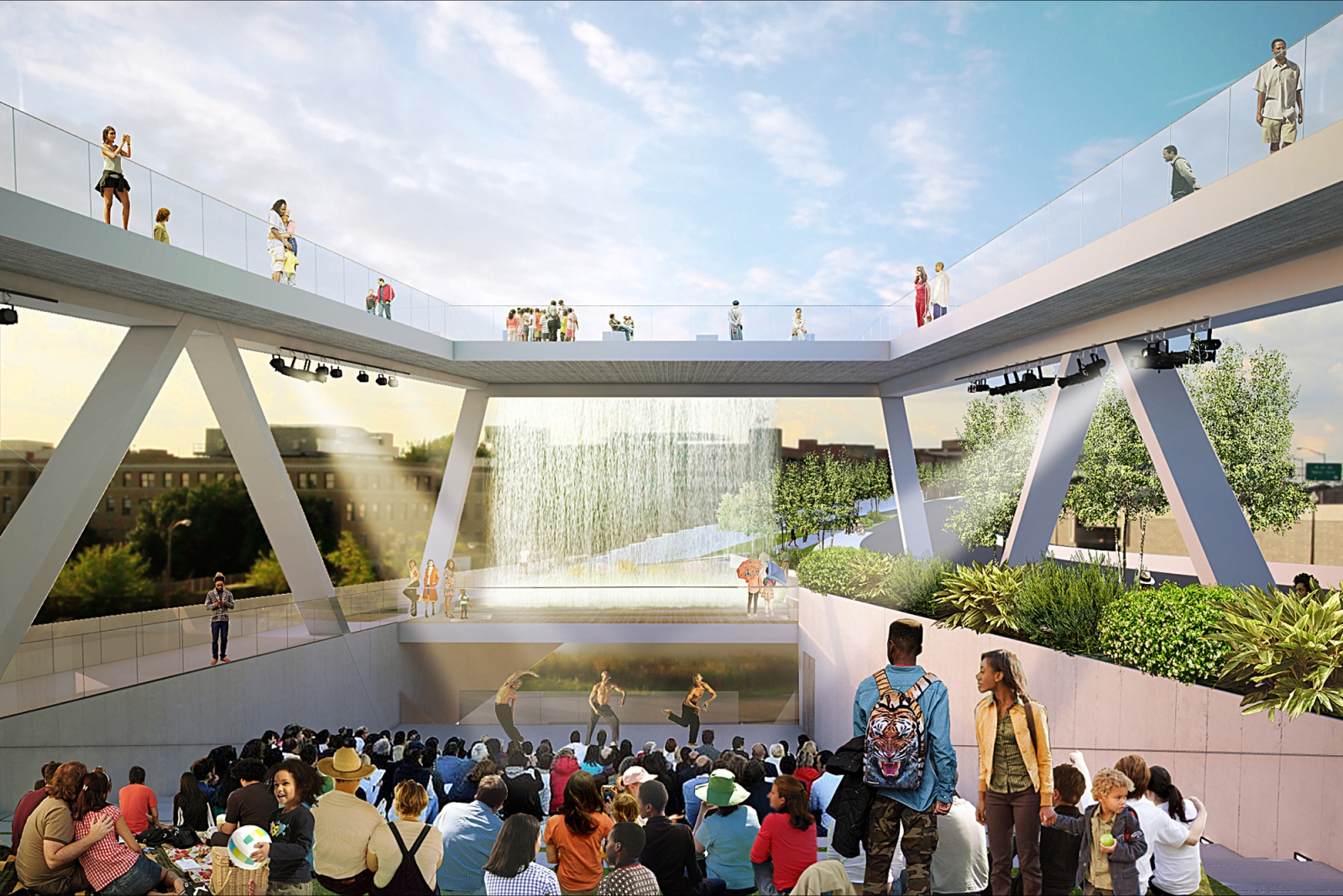