Despite the many advances in technology, the monuments of ancient civilizations remain something of a mystery to us. Indeed, masses of people flock to the Egyptian pyramids each year, hoping to find answers, but few have as much of a fighting chance as former Arup engineer Steve Burrows. After all, most people don’t have laser scanners.

Indiana Jones meets (real!) high-tech engineering in Time Scanners, a new, three-episode series airing on PBS and the National Geographic Channel. Host Dallas Campbell follows Burrows and a team from the Center for Advanced Spatial Technologies (CAST) as they use new laser-scanning technology to uncover the structural secrets behind ancient monuments across the globe. The first episode finds Burrows in Egypt investigating the evolution of the pyramid typology and how it progressed from the collapsed pyramid at Meidum to the perfected, now archetypal structures at Giza. Episode two shifts gears, centering on the decidedly more contemporary St. Paul’s Cathedral in London to examine how Christopher Wren’s masterpiece survived bombing during the Blitz. In the third and final program, which airs next Tuesday, July 15, the team heads off to Petra in search of clues as to how exactly the quarry city’s buildings were carved into the cliff face. 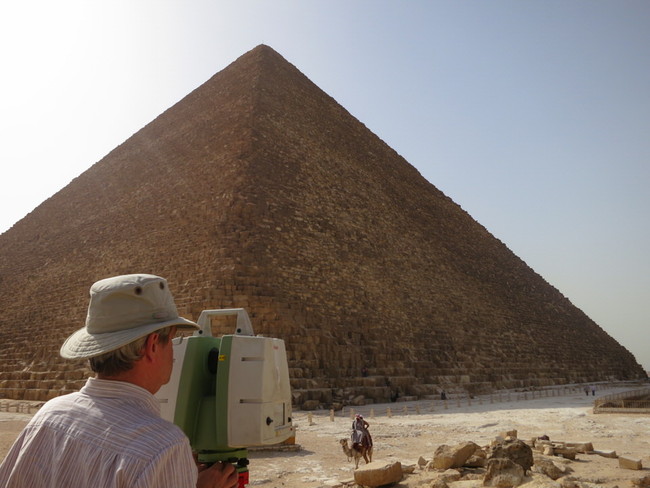 An operator holds up a scanning monitor to capture the exterior envelope of the pyramid.

Although complex, the technology is surprisingly simple to implement on site. The scanners themselves are portable enough to be carried into the buildings they’re scanning (they are manned by trained operators). They bounce narrow pulses of light off the interiors of a structure to map it with decimal point accuracy. Once the scanning has been completed, the data can be aggregated into a highly detailed 3-D model. 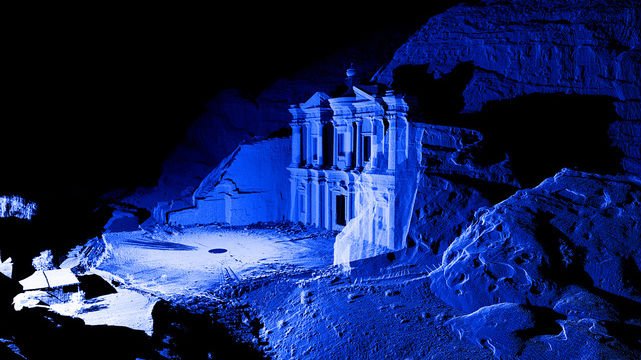 A 3-D model of the Monastery at Petra

This process allows researchers to not just recreate the experience of these buildings, but to understand all the various components of each structure all at once, thereby minimizing guesswork. Indeed, the scans have already proven wrong some centuries-old assumptions. “I have to change some pages of my PH.D, no?” jokes an expert in the Egypt episode. It’s not reality-TV dramatic, but it’s perhaps as close as academics get.