Jacopo Foggini at the INTERNI exhibition. Photo: Paul Clemence.The Milan Salone is going full blast and millions of micro to macro world views can be heard there. One moment you might see the exhibit of Italy’s largest design magazine, Interni, which challenged well-known “macro” architects to create “mutant and adaptable” larger than life building forms […]

The Milan Salone is going full blast and millions of micro to macro world views can be heard there. One moment you might see the exhibit of Italy’s largest design magazine, Interni, which challenged well-known “macro” architects to create “mutant and adaptable” larger than life building forms and the next, an up-coming artist’s micro-experiment to explore with video and dance such puzzling questions as why bees are disappearing from the planet.

Clearly the Salone del Mobile is much more than a furniture trade show. It is a vast dialogue on multiple, curious, holographic, networked, and hive mentality  — from the flood of global visitors to thousands of local teens crowding the streets, design revelers shuffling from one lively party to another. After sprints around three Milanese zonas and little sleep, here is a glimpse at the sites and happenings we took in. 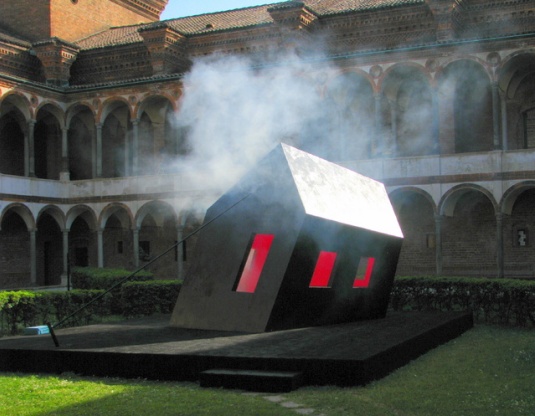 The magazine defines “mutant architecture” as physical, metaphorical, and symbolic–as “easily re-utilized and moved, to adapt to necessary strategies of use over time, in different places: intelligent structures, marked by great flexibility, easily dismantled and moved from one site to another, or conceived to be re-utilized for different functions.” 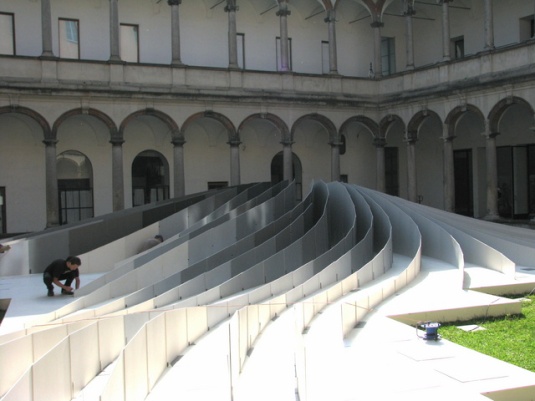 Zaha Hadid’s “Twirl”  (above) takes on rectangles like office partitions and twirls them as particles of vast waves emanating from the traditional Milanese buildings while Richard Maier’s stone panels feel as if random wind gusts have blown them around like paper (below). 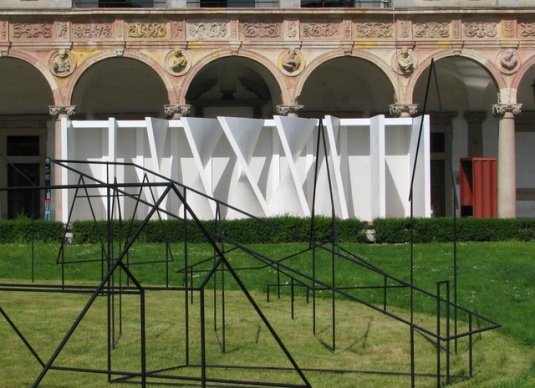 At the mutant exhibit, we spoke with Jacopo Foggini about his installation, a blue orb called “Plasteroid”. He told us that “Plasteroid is a planet that represents itself as a new way of thinking to the world. This work is an original container of dreams, imagined and built to escape to an inevitable decline now underway.”  His intention, he added, is to evoke “a wonderful opportunity to send a loud and clear message: don’t be afraid to dream!” He added that the fuzzy, friendly plastic blue globe, Plasteroid, “ is an installation made in polycarbonate and has been produced with the same procedure with which to make my lighting sculptures in methacrylate. In this case, an endless line of polycarbonate twisted on itself to form this blue planet…I readily evoke shades of blue water, the sea, which is always my source of inspiration.” Jacopo’s chairs in the same material hover somewhere between a floating jellyfish or seating on an Avatar planet. 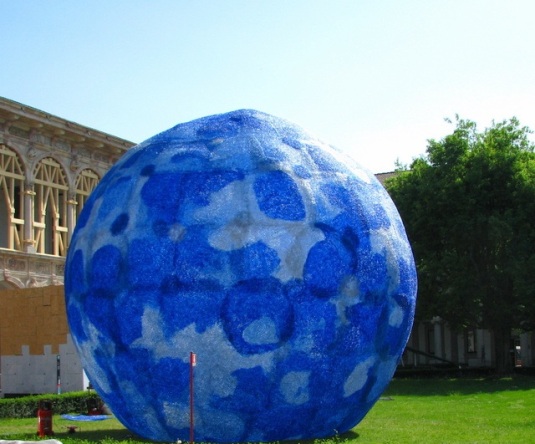 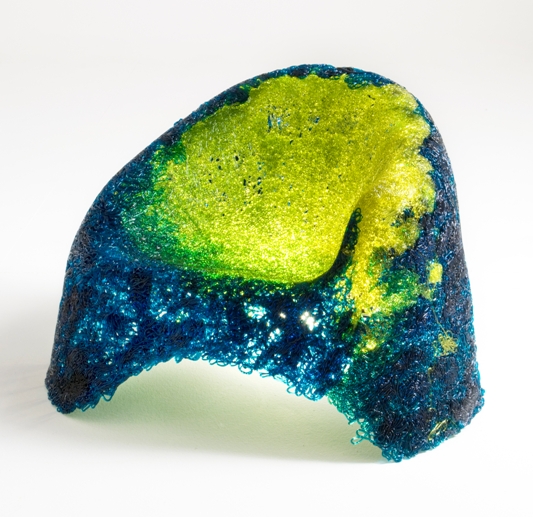 Plastic planets and mutating species within Swiss video artist Katja Loher´s “Why Did the Bees Leave?” installation provide a behind the scenes look at the lives of bees and Milanese. In an empty, open interior of a vacated house on the tour of Green Island 2011 (Fuori Salone Isola), presented by Galerie Vernon, Prague, the mutated living room installation involves fairy-tale-like synchronized dance performance art and three-dimensional forms projected within their own worlds – hidden in tiny round glass sculptures like crystal balls with tiny movies playing inside, lined up on a shelf or spread onto the surface of fragile, large, inflatable weather balloons floating high in the space. 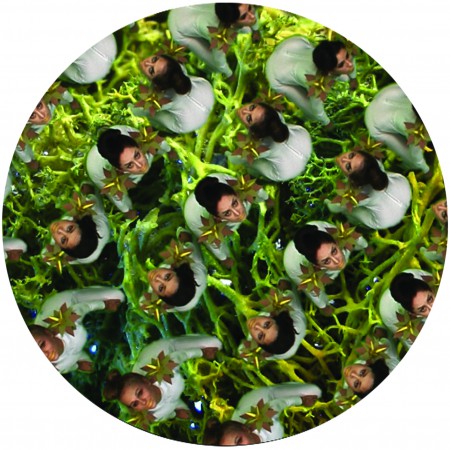 Loher’s dancers pantomime the virtual life of bees, an unknown societal structure co-existing with ours, highlighting the theme of the human condition as seen from a larger perspective. 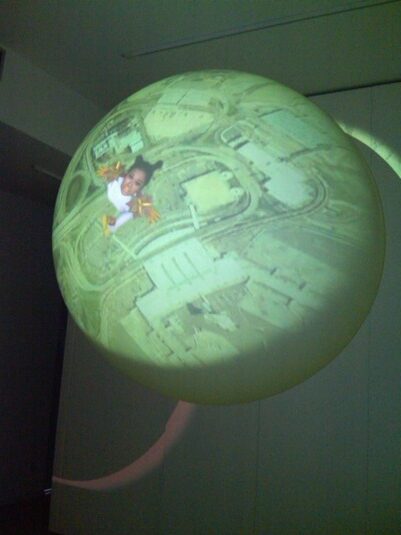 Another Italian design magazine, Domus, also mutated architecture with a light show pulsing to the techno beat at their outdoor party, set in a large plaza surrounded by centuries-old buildings. The polite, design-satiated, and happy crowds in the streets lined with showrooms made us feel like bees in a hive, but then this is a country where passion for design attracts humans like pollen attracts bees. Clearly we, along with the rest of the world love the room with this view, no matter the scale, we are passionate to invent, mutate, and play with it.