Progress Ahead in East Baltimore, But Will It Help the Local Community?

What role does a local market play in bringing communities together?

Baltimore’s Northeast Market—a fixture in the city’s Middle East neighborhood since 1885 and a cultural anchor of its community—is not the kind of place that sells cage-free eggs and locally grown kale. It does, however, boast some of the city’s best lake trout (technically Atlantic whiting but so fried and delicious who’s checking?) and homemade Snowballs, two beloved local delicacies.

The 36,000-square-foot public market sits at a crossroads between Johns Hopkins Medical Campus and the mostly African American residential community of East Baltimore, providing a critical point of interaction between local residents and the institution, who have had a difficult and sometimes antagonistic relationship. But the relationship is complex: Johns Hopkins is both the largest employer in the area and a key institutional partner in the adjacent $1.8 billion redevelopment project, a project which has been a point of contention in the community for the last decade. 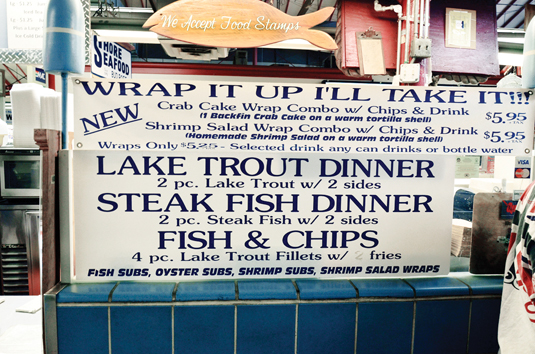 The changes that have taken place as a result of the 88-acre East Baltimore Development Initiative—a comprehensive plan to transform the area into a thriving economic hub—have been vast. Considered the largest urban redevelopment project in the country outside of New Orleans, it has, since 2003, resulted in the relocation of 584 families, and through demolition and other means cleared over 31 acres in the area, including (most recently) a seven-acre site that was once home to 211 residential dwellings. The raw site is slated for a new $30 million, 90,000-square-foot elementary school that is currently housed in a temporary structure. The only visible reminder of the area’s past—a single symbolic row of brick row homes—will house the school’s new library. 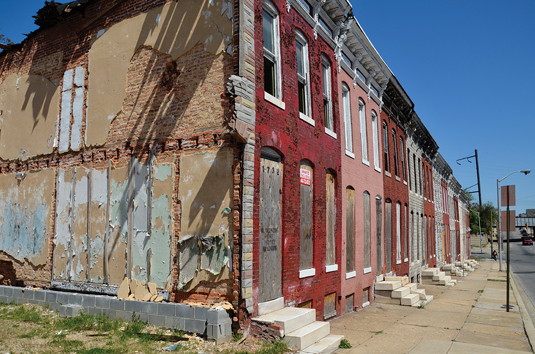 The school is a point of pride and a welcome sign of progress for residents who have lived through the decade-long redevelopment. But there is still much work to be done, and the latest master plan lays out a very different East Baltimore from the one that exists now: one with a plethora of new businesses, housing, restaurants and even a hotel. A biotech park, once the anchor of the project, is apparently still in the works but to what extent is unclear. A real park—the kind kids play in—is promised. With all of the changes afoot it is sometimes hard for current residents to know what plans are still in play, and what, ultimately, will be built. The question in the air is, “for whom is East Baltimore being redeveloped?” And does the urban redesign of “The New East Baltimore” as it is called, benefit or simply supplant the old East Baltimore? 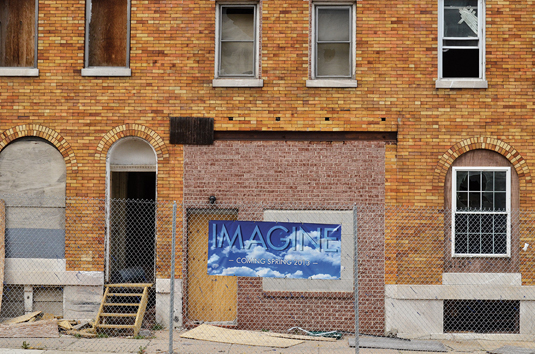 Although not technically in the EBDI redevelopment footprint, the Northeast Market is about to undergo a renovation of its own, its first in over 30 years. The $1.2 million project is scheduled to be completed this fall and is managed by the Historic East Baltimore Community Action Coalition (HEBCAC), a nonprofit community development organization founded in 1994 by Johns Hopkins University, city and state officials, and area residents. The group has brought in partners including New York-based non-profit Project for Public Spaces and the Maryland Institute College of Art (MICA) to help with a redesign that successfully integrates both the history and the future of the market.

According to HEBCAC, the scope of the renovation includes the building facade, ceiling work, interior lighting, central seating, side entrances, a rebrand of the market, and six vendor stalls, including a stall that local growers can rent to market their produce. In describing its vision for the market’s renovation, the Project for Public Spaces cites the chance to expand the market’s role as a community hub while attracting and benefiting from new biotech customers. It also sees the Northeast Market as a place where residents can “buy and eat more healthy food than is available elsewhere in the neighborhood and one that is linked to local health institutions and initiatives.” 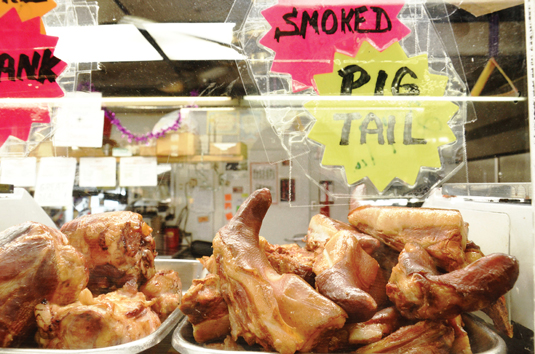 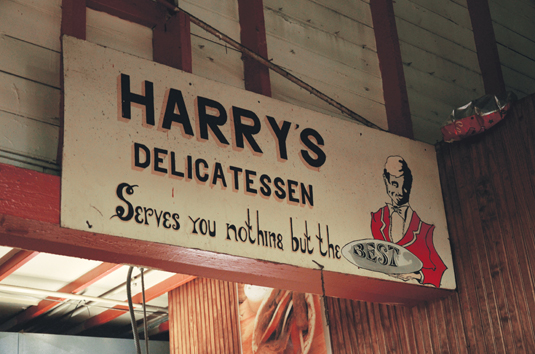 The challenge of redeveloping a place that successfully integrates the old and new is visible throughout the market today. Winding through its aisles it is easy to get lost and difficult to find a bathroom. The interior signage is both frustratingly hard to read and charmingly handwritten. In the center of the market the red and white fixed benches are overtaxed at lunchtime but host an array of regulars in the morning—many of them old timers who have held court in the same spots for decades. The new seating, as outlined in the redesign, will be movable and provide more flexibility, if not consistency. When asked about the proposed renovations for the market—including the movable seating—one long-time resident responds with her own question, “What’s wrong with the market the way it is?” 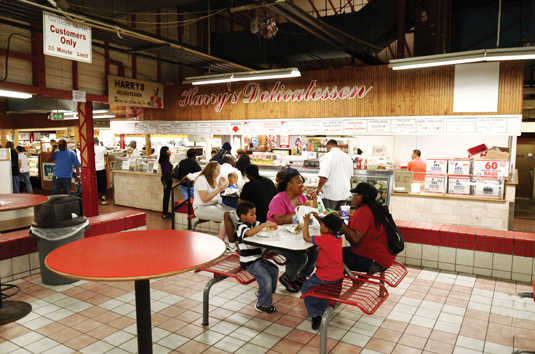 And herein the challenge lies not just for the Northeast Market but for any place in the midst of transition: How to design and implement changes that address the needs of both the current residents and the newcomers developers clearly hope to attract? Under HEBCAC’s plan the market will improve, both in terms of the function of the space and the nutritional quality of the food offerings. Updated signage will prevent visitors from getting lost and the new seating should allow more people to sit and eat together. If all goes as planned the market’s new design will bring more progress and people while retaining its character and sense of community. To what extent this is possible beyond the confines of the market is still unclear.

Kyla Fullenwider is an educator, writer, and social designer whose work has been featured in the New York Times, LA Times, and Fast Company. She is a founding partner at Imperative and faculty at MICA, where she teaches Design Thinking and Design for Change. Follow Kyla on twitter @KylaFullenwider. This post is syndicated from Outpost Journal.