Public Architecture Reminds Us of a More Hopeful Era

Public architecture reminds us of a hopeful era. 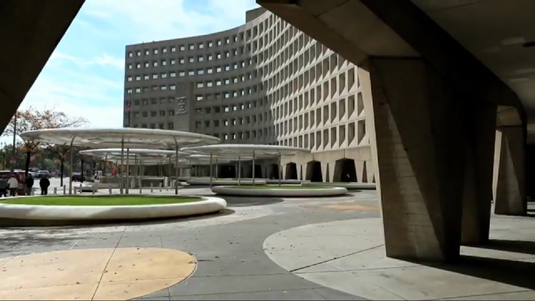 As we re-engage with our federal government, in the belief that productive discourse for the good of the people and the environment may resume once more, let’s take inspiration from a moment of hope and optimism. The year was 1962. President Kennedy challenged an intellectually agile aide, Daniel Patrick Moynihan, later the senator from New York, to define what Americans should expect from federal architecture. Moynihan’s modest, one-page document set forth the Guiding Principles of design excellence in the public realm; its words still ring true.

A short film, Democratic By Design, was produced by the General Services Administration (GSA); it’s narrated by Luke Russert who was steeped in national politics as a child by his late father, the irrepressible Tim, and who also knew the senator. In the film the Guidelines are recited by some of our best-known architects, many have built our most memorable courthouses and other public buildings through the years. Watch the film so that you may be inspired by it like any proud citizen has the right to be. And read our November 2012 issue, starting with my Notes column, which is infused by the spirit of the late, great senator from the Empire State.