Q&A: Greg Lynn on Architecture’s Early Flirtations With the Computer

The Canadian Centre for Architecture and Greg Lynn uncover the early history of digital design. 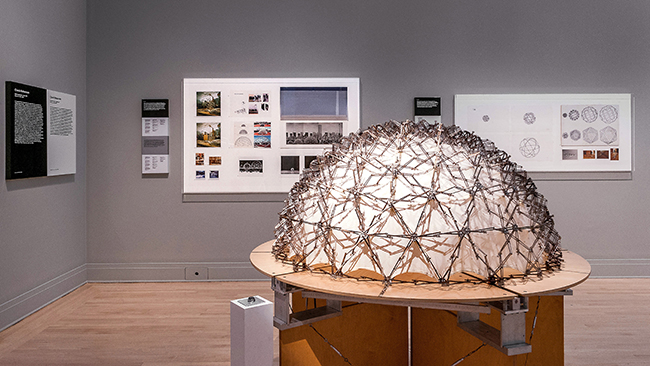 Archaeology of the Digital brings together a rich array of archival material on early computer-aided projects.

Many would consider the architect Greg Lynn a pioneer of computer-aided design, but at the Canadian Centre for Architecture, he has curated an exhibition on the fast-disappearing legacy of those who have gone before him. The ﬁrst in a series of shows that will deal with computers and architecture, Archaeology of the Digital showcases four early adopters through their projects—Frank Gehry’s Lewis Residence; Peter Eisenman’s Biozentrum for Goethe University; Chuck Hoberman’s Expanding Sphere and Iris Dome; and Shoei Yoh’s Odawara Municipal Sports Complex and Galaxy Toyama Gymnasium. Metropolis’s associate editor, Avinash Rajagopal, spoke to Lynn about the historic role of the computer in the architecture ofﬁce, and the issues inherent in collecting digital material.

Why do we need an archaeology of the digital?

Close to a decade ago, the CCA acquired the Embryological House, the ﬁrst project of mine which was natively digital. They took more than 500 models and drawings, and I said, very innocently, “Would you like any of the digital material?” They said yes. But it was done on old silicone graphics machines and you can’t open the ﬁles without them. And the software, Alias and Wavefront, had merged into Maya. It could open the ﬁles, but a lot of things would be dead in the migration. So the CCA ended up doing a two-year study with the Langlois Foundation in Montreal and Library of Congress, asking the question, “What is an institution’s responsibility towards digital material?” I thought it was possible to identify 25 speciﬁc architectural projects to collect, all done before the turn of the century. And that’s where we started—to try to get as much stuff as we can, even if we don’t know what to do with it yet, because it’s going to disappear.

How did you decide on the four practitioners in the show?
These four architects were very early engagers with digital tools. Even though the tools were around earlier than the 1980s, we tried to ﬁnd instances where they enabled a design that wouldn’t have been possible otherwise, and were an extension of the architect’s vision. These four projects were also very individual takes on how the digital could work. So instead of taking people my age, which is where a lot of people think digital technology really started, we decided to ﬁnd people who were in their ﬁfties and sixties when they started using the technology. It’s important that they were mature enough to already have an agenda, a vision of what to do with it. 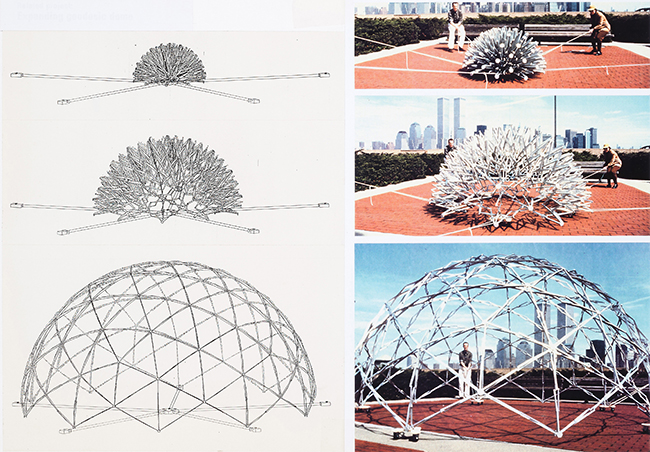 There is a sense of these architects really wrestling with the computer. Has that changed today?
I worked for Peter Eisenman on the Biozentrum project and one of my jobs was drafting—by hand—the base drawings that the computer was iterating at the same time. I remember vividly this song about John Henry, a railroad worker who could drive railroad ties and rails the fastest. When somebody comes with a machine to do that job, John Henry races the machine, beats it, but dies at the end of the railroad line. I kept humming it to myself  because I also felt like I was racing the computer. When we spoke to Frank Gehry and the people who worked with him, we found out that the CATIA was working at about the same speed as the people drafting in the ofﬁce. The LOM 3-D printer worked at the same speed as somebody building a model. Digital resources were aligned almost perfectly with drafting and model building. And that allowed for a whole process of shuttling back and forth that you just don’t see now.

But if that was the case, what kept these people engaged with computers?
Each one of them saw something different. But I think what everybody realized was that digital technology wasn’t just a tool with no consequences, it really was a new concept. 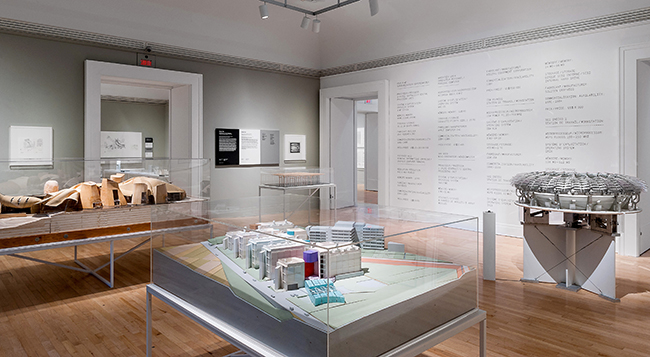 A view of the exhibition, with a model of Peter Eisenman’s Biozentrum, Biology Center for the J.W. Goethe University, Frankfurt am Main, Germany, in the foreground.

It also required a different skill set. How do you think that affected architectural practices?
We would hear it over and over again, that there was a loss of authorship and control to consultants. You started to get these segregations of skill sets where some people became digital specialists and the architects were the generalists. The architects were struggling
to not have that segregation happen. Chuck [Hoberman] was the most extreme. He refused to have some specialist do that stuff; he just learned programming himself.

What were the different attitudes towards the computer?
They really looked at it as a member of the design team. It wasn’t a tool, it wasn’t a thing that had a neutral, noncreative role in the projects. Peter Eisenman treated the computer the same way he treated me. He gave us both the same instructions. But it’s going to be interesting to see how, three or ﬁve years later, a generation that had seen all that early work going on approached the computer. The paperless studios at Columbia University, for example, took the computer as a media tool and tried to ﬁgure out what it could be used for in architecture. You hear a word over and over—experiment. But they don’t mean a scientiﬁc experiment, where you test a hypothesis, they mean an art project: You have a typewriter and monkeys and hope something comes out of it. But here’s a bunch of older guys who integrated the computer into what they were doing, rather than treating it as an alien thing. 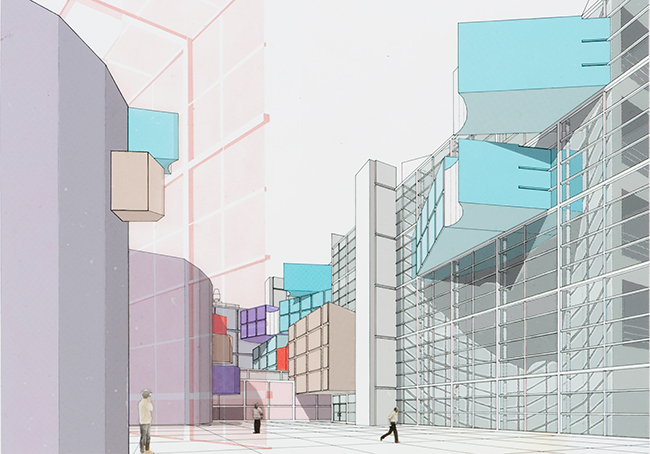 A perspective view of the Biozentrum project

This exhibition is the ﬁrst of a series, are there any particular themes that you’d like to explore in future editions?
In the next show, we’ll have between six and ten projects which posed the biggest problems for the CCA—everything has a mechanical-robot component to it and deals with scripting, animation, and expression tools, which are the toughest things to archive. The last show will be ten or twelve  large-scale buildings. And it will be the people that you associate with digital technology but in fact didn’t really come to it until the nineties, like Morphosis and Zaha Hadid.

It seems like the technology changed so rapidly that we have to work just as fast to write its history.
The historians that have been up to see the show were polite, but they’re quick to tell me I shouldn’t be involved. I keep saying that this is really about collecting the stuff before it’s gone, putting it in an institution that’s dedicated to scholarship, and recording the oral histories. Because there’s really no way, say with Lars Spuybroek’s Water Pavilion, that you can understand the creative process if you don’t have all the videos, the interactive technology, and the computer models. No historian could do their job without that material, and it’s all in the basement of Lars’s sister’s house right now. God knows, one more move by his sister and it could be lost. So we’re just trying to get as much of it in the museum for scholars as we can.

Archaeology of the Digital is on view at the Canadian Centre for Architecture, Montreal, through October 13