The mavin of hotel design speaks about creativity, intuition, culture, and a rapidly changing marketplace

In pulling together our round up of leading hoteliers and hospitality thought leaders, we knew that Ian Schrager would occupy a prominent, almost emeritus position. Except emeritus, in the strict textbook definition, doesn’t apply here, since Schrager is as busy as ever: collaborating with Marriot on a slew of properties; launching PUBLIC, his private label hospitality brand; and developing high end residential projects in New York and Miami. I’ve interviewed Schrager a few times; my recent talk with him was, as always, engaging and fun. Here’s an edited version of our conversation.

Martin C. Pedersen: When you signed the deal with Marriot, the idea was for you to do a hundred hotels. Is that still the goal?

Ian Schrager: Yes, it would be great. What was attractive about doing this was the scale of it. I can do 10 on my own. But the idea of doing a lot of them, and getting out there fast and pre-empting everybody from coming in and taking advantage of all the new ideas, that’s what was appealing about it.

MCP: How does your collaboration work? Do you find the property?

IS: There’s a little bit of overlap, because our interests are aligned. But if you want to divide it up: I don’t build, operate, or run it. What I do is conceptualize, market, program, and design it.

IS: Exactly. I think that’s the best description. I’m a creative director, an art director.

MCP: What’s the biggest driver for hospitality in the last five years?

IS: Product distinction. It always was, for me. It’s even more important now. I think the industry in general lost its way. It got obsessed with reservation systems, locations, and all those kinds of criteria, which are important and part of the business, but we took our eye off the ball and forgot that what customers want is the best experience in the most distinct property. Now you’re really seeing that if you have something unique, you’re going to do well. And previously, when that might’ve been considered a luxury or even an indulgence, it’s now a necessity.

MCP: I would argue that’s the common belief in all the hotel brands now. And I think you had a lot to do with that. Then it sort of took on a momentum of its own, so much so that even Holiday Inns are better than they were 20 years ago.

IS: Exactly. The only problem is, in America, it doesn’t take long for the industry to realize when something is good business, for everybody to jump on the bandwagon. The only problem is bean counters can’t create unique properties. It has to be pulled off by someone with an ethos, a real vision behind it. So what is happening now—there’s elevated experience and “good design”—but it’s almost become a parody of itself.

MCP: One thing you’ve been good at over the years is making your hotels specific to the local culture. How do you do that?

IS: You can’t do it with focus groups. You can’t do it with marketing studies. You can do it by getting in a car, or hopping on a bike, and traveling around the city.  You get the feeling and the vibe of what that city is all about. To me it’s critical, giving a sense of place, but also giving a sense of time. That’s what the other forms of entertainment do: music, film. They give a sense of time.

MCP: Now tell me how your hotels work in time?

IS: I did my first hotel, Morgan’s, in 1982. The design there is just as compelling and relevant now as it was then. And now I’ve come full cycle. I started out working with Andrée Putman. I went to a European—even though it was considered treacherous at the time—because I wanted a new aesthetic. But it was also classic, old-fashioned good taste. And now, having gone through my Philippe Starck years—with the one-line jokes and tricks and irony, which was necessary then, because I was looking to be noticed—I don’t think it’s necessary anymore, so I find myself going back to the approach I had at Morgan’s. If something is really well done, it’s the antithesis of trendy. It may be provocative, it may be out there on the edge, but if it’s well done it will stand the test of time, and be just as relevant in 30 or 40 years.

MCP: For your new hotel in Chicago, did you have a property or were you looking for one?

IS: I had the property already. I wanted to do something unique, so I got on a bike and went riding around the city for a couple of days; to get a feeling for the city. I’ll give you an example. There are a lot of New York brands that went to Chicago and got killed out there. I used to think that maybe the people from the Midwest were gunning for the New Yorkers. By going around and feeling the culture there, I came to a different conclusion. It’s not really about coming from New York. It’s about coming from New York and pricing it like New York, rather than giving good value, which Midwest people absolutely insist on. Barney’s is a good example. They’re a great store, but they went out there and didn’t do well. They came out there with New York prices, and the people from Chicago resented it. 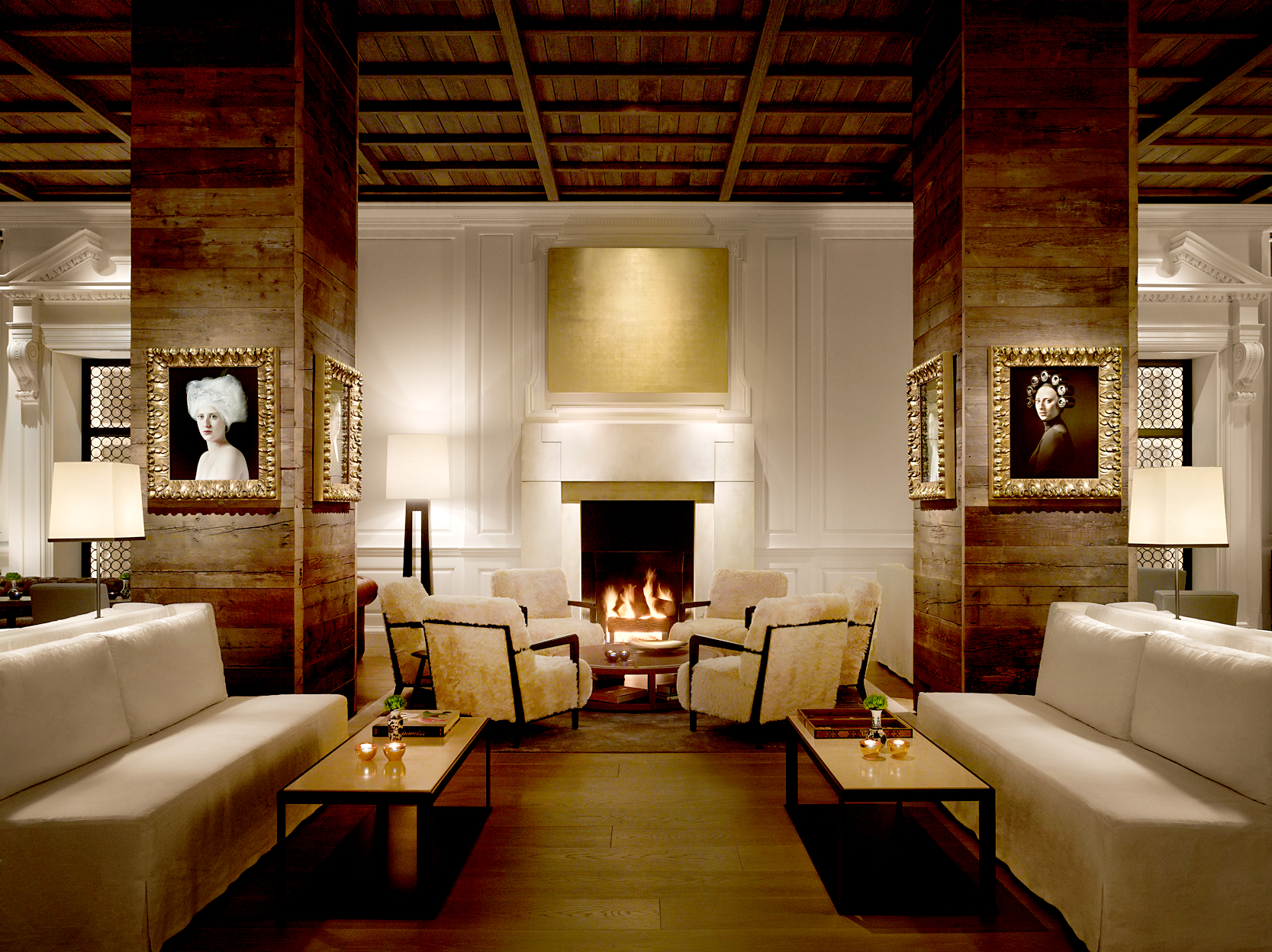 The library of the recently opened Chicago property 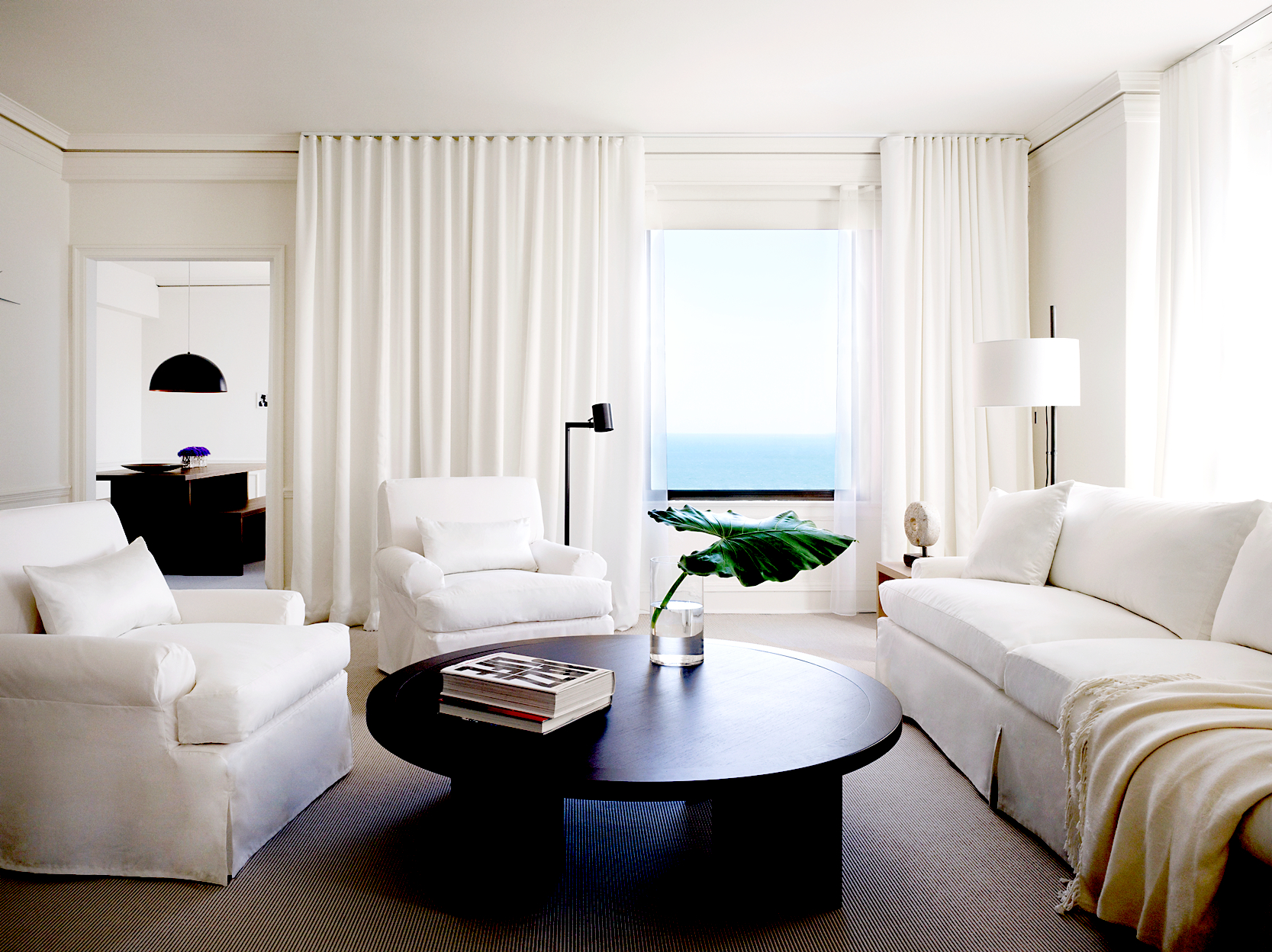 One of the rooms from the Chicago property

MCP: Where do you see the industry going five years out?

IS: It’s technology. But it’s not about providing iPads or computers in the rooms. It’s about making the experience more enjoyable and easy—whether it’s having your mobile phone open your door, or control your lights. I see that as something exciting. But nobody has done it well yet. Everyone thinks: hey, let’s put an iPad in the room. Why would you do that? Everyone travels with their own iPad and computer. Still, there’s an opportunity to do something with the technology, and we’re beginning to see some of that by a few of the European chains. Citizen M has done a good job with that.

MCP: How important is it for your properties to engage with the local community? To have it be a place that locals also come to in addition to guests?

IS: Essential. Traditionally, hotels did that. In the Palm Court, at the Plaza, a hundred years ago, we all had our events there: social events, weddings. We used to meet at a place like Delmonico’s for lunch. That’s the way hotels were.

MCP: A lot of that local culture in hotels went away, except at the high end.

IS: It went away at the high end, too. When I got into the business, there was nothing sleepier than a hotel restaurant. And the bars were nonexistent. To me, the last thing anybody that travels to a city wants to do is go into a hotel bar and see other businesspeople there too. You want to go where everyone in the know in that city goes.

MCP: So how are you doing that at Marriot?