Q&A: Ken Greenberg on the Future of Urban Planning

One of the great treats in working on our “1-5-10 Issue” was talking to experts and inviting them—urging them, really—to speculate on the future. Toronto-based Ken Greenberg—our urban-planning talking head—is currently working on a book, due out next year, on the future of cities, and he took the opportunity to ruminate on all of the […]

One of the great treats in working on our “1-5-10 Issue” was talking to experts and inviting them—urging them, really—to speculate on the future. Toronto-based Ken Greenberg—our urban-planning talking head—is currently working on a book, due out next year, on the future of cities, and he took the opportunity to ruminate on all of the changes he sees on the horizon. It was a fascinating and far-ranging talk. We took highlights from our interview for the print edition, but Greenberg’s expansive view of cities is worth a longer look online.

What do you see on the ground now in urban planning? What’s engaging you and the clients you’re working with?

I’m pretty convinced we’re in the midst of a transformation which is probably as profound as what happened immediately after the Second World War, when we got all excited about automobiles and in a sense turned our backs on cities. There are all kinds of things that are propelling this. Some of it has to do with the environment; much of it has to do with the cost of energy. I don’t know if you know the book that came out recently called Why Your World Is About to Get a Whole Lot Smaller. It was written by Jeff Rubin, a former chief economist of the Canadian Imperial Bank of Commerce who actually resigned to write this book. From an economic standpoint he is talking about peak oil and the effect it’s going to have on cities. Right now I’m in the midst of a series of skirmishes, as people adjust to this new reality and we change our entire tool kit when it comes to how we deal with cities.

How is that tool kit changing?

Almost everything that we’ve inherited and put into practice in the post-WWII decades has in some way become obsolete. First of all, the way we divided the tasks up: the enormous prominence that we gave to traffic engineers in laying cities out because traffic was such a major concern; the way other modes of travel were sidelined. There is also a huge issue of cities reequipping themselves for cycling as a serious means of transportation.

Zoning, as a tool, is essentially about separating things. Now we talk about mixed used zoning, but we are still trying to use a hammer to turn a screw. There are so many examples of that, where what we have are analytical tools that broke the world down into fragments. It was about separating things, and what we need now are synthetic tools. This goes to the way city departments are organized, the way in which tasks are apportioned among people, the way in which political decisions are made, the whole ball of wax. And it’s all changing.

At another level entirely: young people for the longest time thought that in their child-rearing years they needed to move out of cities into suburbs. That assumption is being stood on its head. I grew up as a kid in Brooklyn in one of those six-story apartment buildings. Now I see all my young friends and colleagues who are living in the kinds of places where I lived in as a kid, two generations ago. This is coming back. But we have only so much pre-war city to go around. This raises the profound question of how we make significant new pieces of cities that can actually accommodate a different way of life, where people will live in smaller units, where they will do more outside the home, where they’ll get their groceries in different ways, travel in different ways. My son lives in Tokyo. Just seeing how he and my grandchildren and daughter-in-law live, it’s totally different. Their major shopping is done online. The smaller stuff is done daily in their neighborhood.

And yet there is a vibrant retail component to Tokyo. It’s not like everybody is online and they’re forsaking stores.

Not at all. What they buy online are things like diapers and detergent and all the big stuff because they don’t have a car, which gets delivered weekly. Their food, they buy daily on the street right outside their apartment. 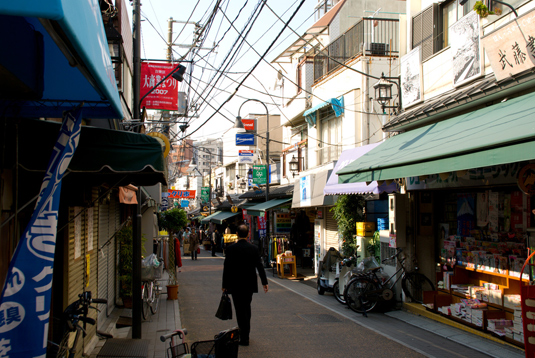 It’s almost like a pre-WWII model for urban living.

It is, except it has all these new technological features that are woven into it. I like to say it’s “GPS meets walking.” We’re equipped with all these new fascinating technologies, but in some ways the things we’re going back to are so low-tech or no-tech. They’re appearing in new combinations and permutations. It’s not a nostalgic return in a literal way to another way of life, but we are certainly taking a lot of the ingredients.

What you’re describing is a shift from the car culture that produced the most profound changes in the built environment ever.

Yes, and this has huge lateral implications. For example, in the United States, the public-school system in cities deteriorated so badly with the flight of the middle class. And now, as the middle class comes back to occupy the cities, not everybody can afford to send their kids to private school, so there are all kinds of pressures on school systems. How do you deal with an aging population that grew up with the car and now in huge numbers are reaching the point where they can’t drive anymore? How do we now, as the population ages, adapt ourselves for a world where we must have different alternatives for the demographics that we’re inheriting?

So how do we address those issues?

It’s crucial to think about cities in a different way. We have a huge retrofit and rescue job to do in our suburbs. A lot of my work now, both in Canada and the U.S., is dealing with suburban communities that are trying to restructure their development patterns around transit. They have reached the point where they realize that there is no way to build more roads. There is no way to grow and prosper with more cars. They have got to make the shift. How do we take the post-war environments and reconfigure them in new ways?

For urban areas, it’s about recycling the huge reserves of obsolescent industrial land in the hearts of cities, about cities growing much denser than we had ever anticipated, finding all kinds of solutions for rewiring them, for introducing new sustainable infrastructure, for consuming less energy. It touches on pretty much every aspect of life.

Let’s move five years out and talk about what you see on the horizon.

In thinking about the future, I look at places that are five or ten years ahead of us. I just visited Stockholm, Copenhagen, Malmo, and Tokyo. What’s fascinating in Copenhagen is they’re approaching a point where almost fifty percent of the daily trips in the city are by bicycle. And you have this whole fleet of bicycles that are very different from ours. They have created a network of trails along the streets that are separated from the traffic that are very safe and very secure. They like to say people from eight to eighty can comfortably use these without worrying about being hit. They have completely redesigned all the intersections in their streets. You see a little bit of this starting to happen in New York now. 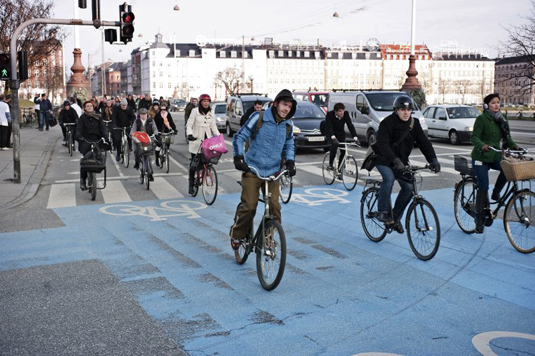 The morning rush hour in Copenhagen. Photo: courtesy the Cycling Embassy of Denmark

And this has big environmental implications.

Of course. But there are lots of innovations coming in terms of integrated systems that we’re just on the cusp of: using waste products for energy; recycling; grey-water and black-water systems. All this stuff is starting to emerge. The growing of food in cities is another thing where we are just seeing the bare beginnings of that, but I think that will be very significant.

Now I’m going to ask you to be even more speculative and move ten years out. How do you see cities evolving in the next decade?

Ten years is not so long in the life of a city. I’m sitting looking out my window now. I moved into my apartment here, in what was a former industrial area where nobody lived. There were four hundred acres of land, two hundred on either side of downtown Toronto, which were obsolescent warehouses. There was no legal dwelling going on. This was the first building to be built here, almost exactly ten years ago and I’m now surrounded by a whole neighborhood. So an extraordinary amount can happen.

We’ve reached the end of the lifespan of much of the highway infrastructure that was built after WWII. We’ll see a major retooling of the infrastructure of the city. We’re going to see an incredible investment in public transit. We’ll see congestion pricing—which is now only in a handful of cities—applied pretty much across the board. This will enable, both from a capital and an operating standpoint, a huge reinvestment in public transit. We’ll see buildings that put energy back into the grid. The huge question is: What will happen in places like India and China? They seem very schizophrenic now. On the one hand, they’re doing some very interesting things. On the other hand, they seem determined to make all the mistakes that we made. That’s a giant question mark.
.