Q&A: Laurie Kerr, Deputy Director of Energy for the City of New York

Earlier this month the folks in Mayor Bloomberg’s Office of Long-Term Planning and Sustainability released a first of its kind report on the energy and water use of larger buildings in New York City.  The benchmarking report is the result of Local Law 84, which was enacted in 2009 as part of the Greener, Greater […]

Earlier this month the folks in Mayor Bloomberg’s Office of Long-Term Planning and Sustainability released a first of its kind report on the energy and water use of larger buildings in New York City.  The benchmarking report is the result of Local Law 84, which was enacted in 2009 as part of the Greener, Greater Buildings Plan. The legislation requires all privately-owned buildings over 50,000 square feet, or multiple buildings with a combined square footage of 100,000 square feet, to measure and report their energy and water use annually.

According to the city, the law achieved a first year compliance rate of 75% (there are escalating fines attached to non-compliance), adding: “New York now has energy use data on more than 15,000 large buildings amounting to 1.7 billion square feet—an area larger than the total square footage of San Francisco and Boston combined.” Last week I talked to Laurie Kerr, a principal author of the report and the deputy director of energy in the Mayor’s office, about the benchmarking initiative:

Martin C. Pedersen: Local Law 84 doesn’t require building owners to reduce energy use. It merely mandates that they file energy reports with the city. If the ultimate goal is drastically reducing the city’s energy use, what’s the purpose of benchmarking? 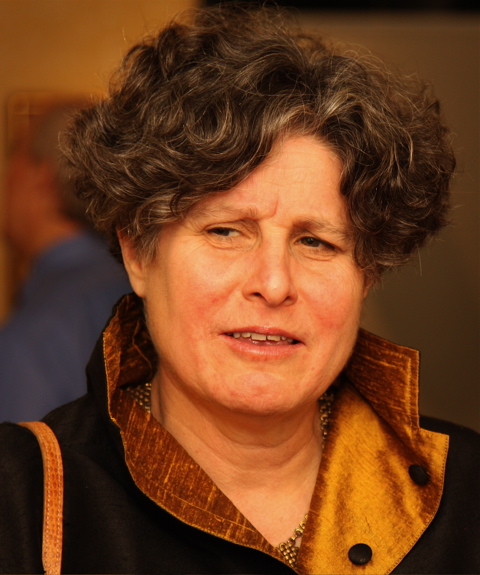 Laurie Kerr: The benchmarking law is just one of four laws that address energy use in existing buildings. (Our report describes the Greener, Greater Buildings Plan in some detail.) The other laws include requirements that will directly reduce energy. We think that benchmarking will indirectly reduce energy use through the power of information to influence change. Once building owners and managers find out which properties are inefficient, many of them will be motivated to improve their performance. And because the data will be public, New York will be better able to market its energy efficiency programs to address the inefficient buildings, many of which will be able to make improvements without major capital expense.

MCP: Another fun fact: buildings account for 45% of NYC’s energy use and of that, fully 22% is used for the heating and hot water in large office buildings. It’s almost equal to the amount of energy spent in the transportation section. That seems like an insanely large number, is it?

LK: Correction: Large buildings account for 45% of New York City’s energy use. Buildings account for whopping 77% of all energy use.  And 22% is used for the heating and hot water in all large buildings, not just large office buildings.  And yes—this is a large number, but not insanely so. You’d find similar numbers in other dense older cities like London, where like New York, comparatively little energy is used for transportation because people use public transportation. So what’s left is largely for the buildings.

MCP: The report says, “Building energy efficiency improvements are not yet happening at sufficient scale to achieve the City’s overall green house gas emissions goal of a 30% reduction by the year 2030.” Why?

LK: One major reason is that, until now, building owners and managers did not have data on their building’s energy use, so they didn’t know whether buildings were efficient. So they have been unaware of the financial savings they could reap by making their buildings more efficient.

MCP: What struck me in reading the report was a fairly obvious fact: our newer buildings, despite LEED and the green building movement, are basically energy hogs. This is especially true of large new office buildings. What do we do about that?

LK: I’d characterize our older commercial building stock as very good, rather than singling out the newer buildings as “hogs.” This data doesn’t criticize green or LEED buildings. The problem is that optional programs like LEED do not accomplish enough. Energy efficiency must be mandatory through strengthening our energy codes, which we are doing. As far as new buildings go, the single biggest thing that the city can do is to work with New York State to ensure that the latest iteration of the national energy standards are adopted as soon as possible, since that will make every new building 20% more efficient.

MCP: Green building types love to talk about the so-called “low-hanging fruit.” These are the easy, relatively cost effective measures that result in energy savings. Can you identify for us some of New York’s low hanging fruit?

LK: The most pervasive “low-hanging fruit” is to improve the operations and maintenance of our buildings.  Many of them are overheated or over-cooled, lights and computers are on all night, etc. So by making simple changes to how a building is run, big reductions can often be made.

MCP: A small section of the report jumped at me. It said that New York neighborhoods that had high-energy use in residential buildings tended to have high rates of asthma. What’s the correlation between the two?

LK: The reasons for the correlation need to be more fully explored. However it might be due to the extra fuel used by inefficient buildings, which pollutes the local air.

MCP: The Bloomberg Administration has less than a year and a half remaining. How do the mayor’s ambitious environmental goals move forward? How can they survive in tact, when a new mayor takes office in January 2014?

LK: Many of the goals will move forward because, like the Greener, Greater Buildings Plan, they’ve been incorporated into laws. Others will move forward because the city agencies have learned a great deal, and now incorporate many green practices as a matter of course. But pushing this agenda forward will also depend on an informed public, which lets prospective mayors know that they expect a strong environmental agenda.