Image courtesy of Michael Rotondi, Roto Architecture.Michael Rotondi, principal of RoTo Architecture, is well known for his architectural work and intellectual rigor. One area of his expertise is the design of sacred spaces. Curious about his thoughts on designing spaces for some relatively unknown religions, how he finds information about the religions themselves and their traditions, […]

Michael Rotondi, principal of RoTo Architecture, is well known for his architectural work and intellectual rigor. One area of his expertise is the design of sacred spaces. Curious about his thoughts on designing spaces for some relatively unknown religions, how he finds information about the religions themselves and their traditions, how or if he approaches the design of sacred spaces as opposed to secular spaces, Guy Horton and I designed some questions for Rotondi.  Here is what he had to say.

Sherin Wing: First of all, do you engage in spiritual practice?

Michael Rotondi: I came back to spiritual practice but not religious practice. I started reading [again] a lot about any society that had figured out how to integrate matters of the mind and matters of the heart because in our Cartesian world they’re really separated out. I don’t think it was so much Descartes’ doing, well, it was, but it was also that he had to separate the body from the mind so that the church didn’t burn him at the stake.

I started reading a lot about mostly American Indians and made pilgrimages to Indian country and read the creation stories in the places that were described. I tended to do this in the past when I read Baudelaire’s Le Spleen de Paris, to become embedded in the place that was being described. I spent a lot of time with American Indians and that led to Eastern philosophy and at the same time to how to integrate it with the stuff I grew up with. I read a lot of Thomas Merton. And then I began working with American Indians in South Dakota. I was going back and forth for six years working on projects and spending time sitting with the elders.

I worked with an American Buddhist group in Barre, Massachusetts for a couple of years. And I would practice. I practiced all through that period in a more formal way. But vipaśyanā is somewhere in between formal and informal practice. It’s really a meditation practice so I took to that. I also began spending time with Tibetan Buddhists for six-seven years. Taking projects like that on is an opportunity to spend time with the lamas. Practicing so I could know in a more intimate way what needed to be designed. There are things we can extrapolate from a number of other experiences and recombine them. As architects, to design things, design houses, I mean whatever we design, we’re really good at recombining things. But there are some things you have to experience firsthand, like religious practice.

I was surprised the first time I did a retreat when I spent two weeks with a hundred other people. Two weeks with a hundred other people and there’s no eye contact, no words. And after a week, it became really evident that I was in solitude while I was in community. And I’d never had that experience before. I may know what it’s like to move through a crowd and have nobody talk to you, but to be consciously in solitude and community at the same time was an unusual experience. This was a new thought for me. And I began to understand that that’s what meditation is really about. Going to a place to meditate is like going to the gym: you work out, you build your muscles, and you use your muscles in the world. You’re supposed to get really good at meditation so you take it into the world and you reach high states of concentration when you’re driving, when you’re talking to another person, when you’re giving a lecture, when you’re drawing, whatever it is, you can be in solitude and community wherever you are. And you don’t have to go to the mountaintop to reach that state anymore. That was a big revelation. And the conversation I had afterwards–the guy I was working with was pleased that I figured that out so quickly–and that’s exactly what the design problem is, which is also at the heart of spiritual practice. It’s not that you turn it on and off, you try to stay in that state of being all of the time. 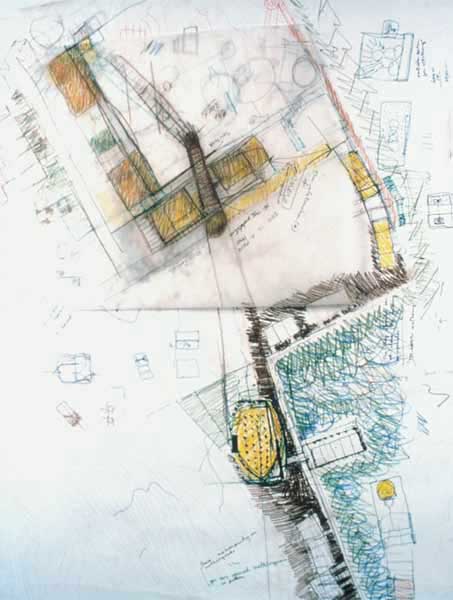 SW: What sources do you turn to when you’re designing sacred spaces?

MR: There are certain things that we can’t know anything about until we’ve had a direct experience of it. It wasn’t just knowing intellectually, I had to know in my body how to get really slow. When you’re designing for people who are trying to get their body to a very high level of concentration, which is basically a state of tranquility and alertness at the same time, you have to eliminate as many moves as possible, as much noise as possible. That means literal and figurative noise, which is usually the architecture. At the same time it can’t be reductionist because the body begins to pick up everything that is going on around it and if you have a reductive building you begin to have a reductive imagination.

I’ve read a lot of opinions on religion. For the most part I’ve focused on creating spaces that bring your mind to rest and invigorate your body. These trigger the deepest intelligence of all which allows you to make contact with everything that exists. And that can happen through meditation or prayer.

I try to listen with my own body, with whomever I’m working with and then try to jump over my own shadow when I’m designing. So I don’t repeat myself. The first thing was to stop thinking about designing signature architecture. I love people, I love listening to their stories, and sometimes it can be better than books on tape. You get a lot more information from people when you ask questions to listen and not turn everything into your own story. Like you listen and say oh, that reminds me of the time, and you’re off talking about yourself. If you really want to learn, that’s the last thing you want to do is talk about yourself. You want to listen to what other people have to say. There are times when you have to talk about yourself. But I find I learn a lot from listening to other people. A whole lot, actually. 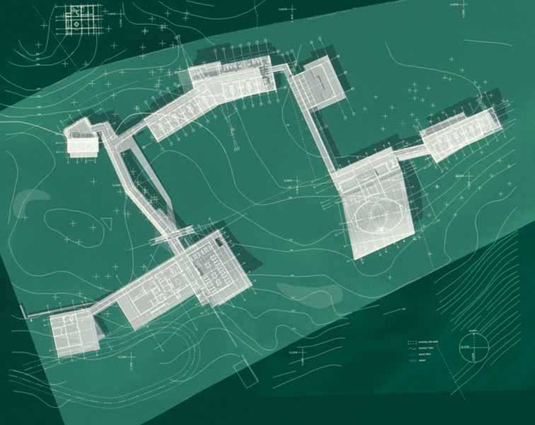 SW: What were the goals of the different religious institutions you were designing for?

MR: When I was working with American Indians, the elders made it clear that I was there to listen to their stories and convert their stories into buildings. And the objective wasn’t even the buildings, it was to help them rebuild their nation. That was kind of shocking to hear at first because it seemed too big a task. I was up there to do some building and didn’t think there was anything that I could. Anyway, it put building into the biggest context.

When I started working with the American Buddhists, it wasn’t rebuilding a nation, it was trying to bring back into the world whatever I experienced when I was in that world. And started to have a different impact on students and coworkers. I see it as a kind of evolutionary imperative. I see that the role of humans in the universe, because we can think about things and because of the consciousness that we have, is basically to push back against entropy–where everything becomes the same. So humans are not only responsive and adaptive, we’re also constructive. We make things. Just like bacterium make their own environment. Ants, worms, all the way up to humans. We’re constructive as well, not just adaptive. Which means we have an effect on the environment we live in. We shouldn’t apologize for reconstructing the world if we’re doing it in a way that nurtures the world and how it grows. And that can be how we construct the artificial world for humans to inhabit as well as how the artificial world interfaces with the natural world. Instead of stopping nature in its tracks is there a way to enhance it or amplify it? In turn, it’s not only just a nice thing to do for nature; it allows us to stay around a little bit longer. 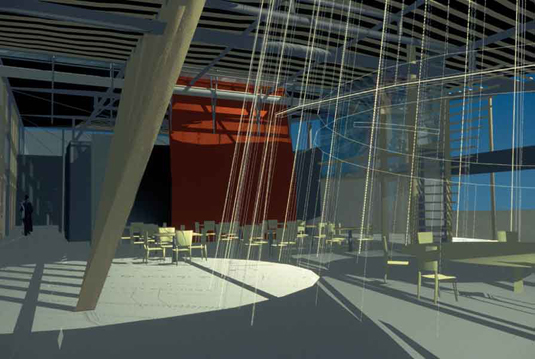 So you have the creation stories, the myth, which is a story, you have the ritual, and then the space. The myth is basically the big story, the ritual we can say is the program, and the space is the medium for the body, either moving or at rest. The practical problem to solve in meditation space is making it as quiet as possible, making the architecture as quiet as possible. The architecture has to come to rest if you want the mind to come to rest. And the architecture has to be, doesn’t have to be, but it’s best if it’s holding you to the ground as opposed to ascension. Ascension is a Christian thing. In meditation, it’s not about ascension, it’s about groundedness. You don’t want compression, so then the question can be, how low can this space be and how high can this space be.

Michael Rotondi will we speaking at Design Santa Fe this October.

Sherin Wing writes on social issues as well as topics in architecture, urbanism, and design. She is a frequent contributor to Archinect, Architect Magazine and other publications. She is also co-author of The Real Architect’s Handbook. She received her PhD from UCLA. Follow Sherin on Twitter at@xiaying