The Shukhov Tower, one of the 20th century’s engineering marvels, is expected to be demolished and reconstructed elsewhere.

Moscow’s Shukhov radio tower, an iconic work of early Soviet constructivism, has lately become a subject of intense debate within Russia, involving several government ministries and independent civil society organizations. Erected between 1920 and 1922, the structure—seen as the Eiffel Tower of the East—today faces either disassembly or potential collapse, resulting from lack of proper upkeep and decades of neglect. Once a symbol of revolutionary optimism and progress, Vladimir Shukhov’s masterpiece of light engineering now takes on an aspect of fragility. Its steel frame stands as a material reminder of the extraordinary experiment once underway in that part of the world, another delicate relic of a bygone age.

According to Russia’s Federal Ministry of Communications and Mass Media, the aging tower has fallen into such irrevocable disrepair that the only hope for salvaging it is to dismantle it immediately so that the original pieces can be put back together at a future date. “The only possible solution to the problem is a two-stage reconstruction and renovation of the station, which stipulates…its dismemberment for the conservation and preservation of elements for later restoration,” an unnamed spokesperson told The Moscow Times last month. Failing this, ministry officials warn, the radio tower will sooner or later succumb to decay, the latticework no longer able to resist the force of gravity pulling it down to earth. In their view, it must be removed at least for the time being. Some have even raised the possibility of permanent relocation to another, yet-to-be-determined site, a still more controversial prospect. 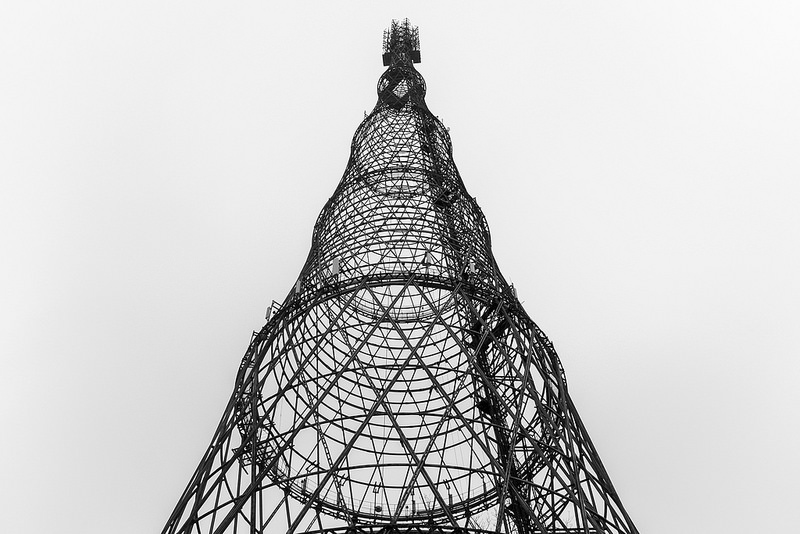 The Shukhov Tower, as it stands today. The structure is on the verge of collapse, says the Russian Federal Ministry of Communications and Mass Media.

Not everyone agrees with this dire forecast, however. Opponents of this proposal—which include the Russian Ministry of Culture as well as the architect’s great-grandson, also named Vladimir Shukhov—acknowledge the seriousness of the situation, but suggest a method of restoration that would leave the tower intact for the duration. With careful precision, they contend, it would be possible to reinforce points of structural weakness without tearing the tower down. Moreover, there is some question as to the legality of such a motion, were it to take place, especially given the Shukhov tower’s protected status as a cultural monument. The Calvert Journal reports the sense of dismay felt by many enthusiasts of the Soviet avant-garde upon learning of the government’s flagrant disregard for its own prior legislation. Shukhov’s living descendent remarked disparagingly that “[t]he government’s actions just show the law isn’t important in Russia.” Similarly, a new petition drafted by historian Jean-Louis Cohen and photographer Richard Pare, both intimately acquainted with the history of Soviet architectural modernism, denounced the tower’s dismantlement. Addressed to Vladimir Putin and signed by leading architects such as Rem Koolhaas and Elizabeth Diller and several engineers including Bill Baker, the document asked the Russian president to endorse the structure’s preservation.

Likewise, the Russian architect Maria Troshina has objected that many of the tower’s unique features, the source of its historical value, would inevitably be lost in reassembly. “If it’s destroyed it can never be built like the original, which has details crafted onto the structure by Shukhov himself,” said Troshina. “Dismantle it and move it somewhere else and it won’t be the Shukhov tower anymore.” An exhibition curator at Moskonstruct and prominent ally of the Shukhov Foundation, Troshina has spearheaded protests in the past against plans to run roughshod over the former USSR’s architectural heritage such as Moisei Ginzburg’s Dom Narkomfin (the conservation of which has only recently been approved by the Russian government). 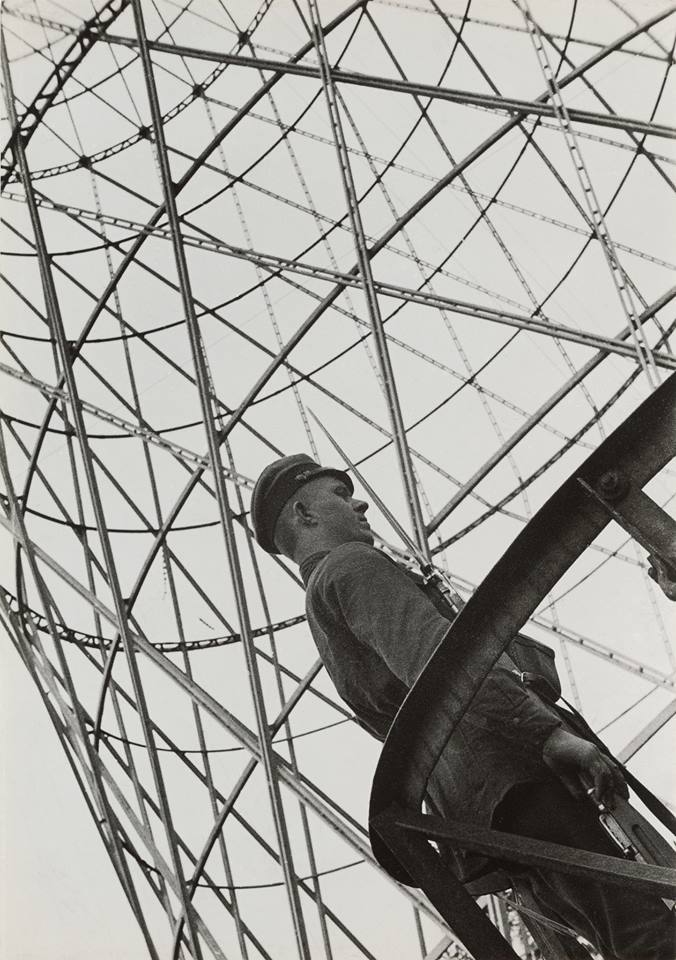 Guard at the Shukhov Tower, 1929 by Alexander Rodchenko.

Besides its place within the canon of Russian architecture, one could also make a case for the tower’s international significance. The German Marxist critic Walter Benjamin took note of Shukhov’s unusual tower upon visiting the Soviet Union in 1928. “I…saw the enormous Moscow radio transmitter, whose shape is different from any other I have seen,” Benjamin recorded in his diary. Many have noted the resemblance, moreover, between the radio tower designed by Shukhov and the famous Monument to the Third International envisioned that same year by fellow constructivist Vladimir Tatlin. Both towers were projected to exceed the Eiffel Tower in height (with Tatlin’s tower at 400m and Shukhov’s at 360m, Eiffel’s tower at 324m), employing ultramodern materials like steel in their vertical thrust skyward. Each was arranged with increasingly narrow concentric circles from the base up to the top. Where Tatlin’s tower spiraled at a tilt, however, Shukhov’s ascended by means of an hyperboloid gridshell corseted by rings at regular intervals. Unfortunately, supply shortages during the Civil War forced Shukhov to revise his initial blueprint. Consequently, the tower reached only 180m in height, still impressive despite being halved.

Shukhov’s tower still broadcasts a signal after 92 years of use. Part of Lenin’s great campaign of electrification in the early 1920s, Shukhov was himself a member of GOELRO (the State Commission for the Electrification of Russia) at the time. The petition to preserve his tower may be signed at Change.org, ironic considering its conservationist intent.