Walk through Soho, and you’ll pass gallery space after gallery space—all lovely, of course, but a bit uniform in their off-white interiors. The Melissa Gallery stands in colorful contrast to these mealy storefronts, thanks to its new tropical-hued centerpiece. Designed by Brooklyn studio SOFTlab for the Brazilian shoe company’s New York flagship, the piece is a digital whirlwind comprising 20,000 plastic flower petals. (They are a nod to Melissa’s new collection, aptly named “We Are Flowers.”) It certainly summery to say the least.

The brand initially approached the studio to design a hanging display of flowers. The brief was simple enough, says SOFTlab founder and principal Michael Szivos, who suggests other, less elaborate solutions could have done the job. But the designers saw an opportunity to create a surface that was much more dynamic and even spatial.

“We added a number of hanging ‘funnels’ that corresponded to certain programs within the store: various displays, the entrance, cashwrap, and a large stair pit in the rear of the store.” The result is a festive installation that changes in pace with the store, a subtle move that vivifies the browsing experience. Shot through with light, the “flowers” cast colored patterns on the gallery walls. 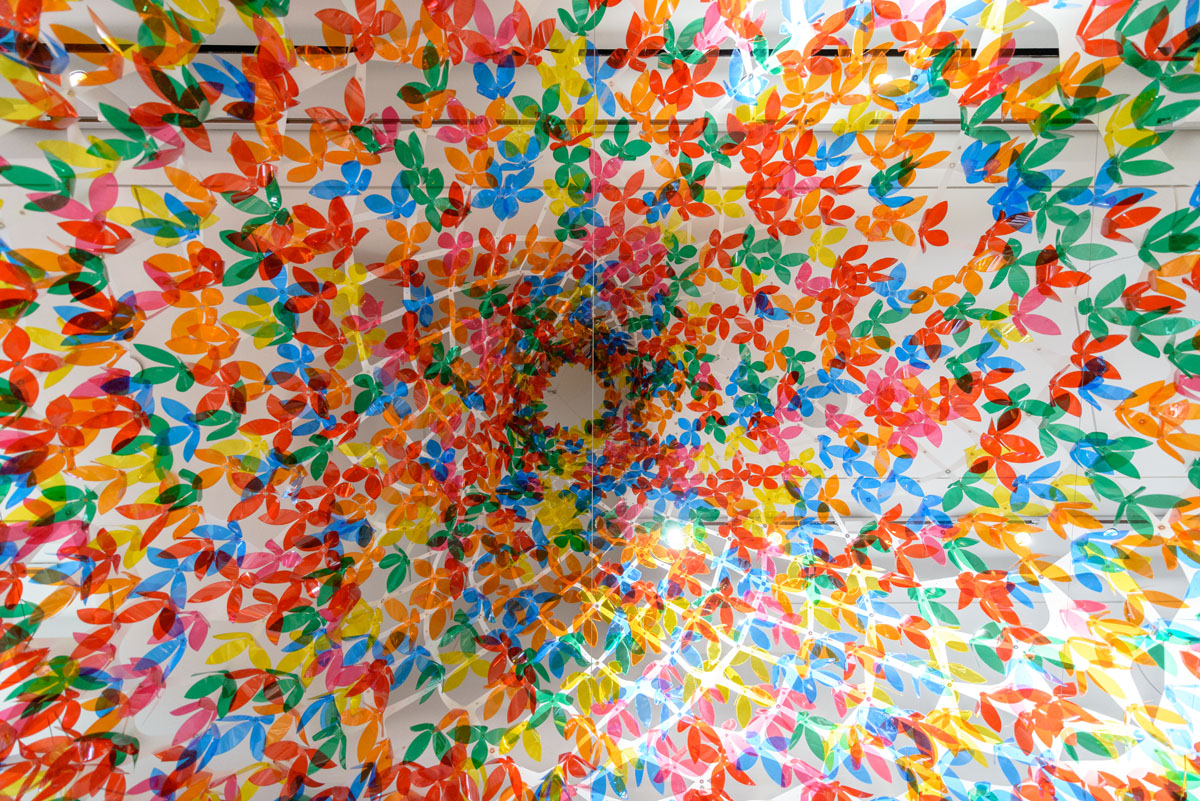 The work’s graceful curves and seamless flow belie the complexities of the project. SOFTlab had to take into account a number of knotty details, such as structure’s weight and tautness, not too mention the literally thousands of components it would take to build it. The sheer number of loose pieces contributed to the project’s difficult, and often bewildering assemblage. “One of the biggest issues with automating the fabrication process is if you do something wrong you won’t really know until you put it all together,” Szivos says, referring to a few installation hiccups. “Although we make prototypes [of our designs] there is still a moment when final production begins and you hold your breath in hopes that there are no errors in the process.”

Each of the 5,000 mylar panels that make up the structural lattice had to be hand-riveted. Likewise, each flower was individually applied. All this before the five-day installation process at the gallery, which had to be completed at night so as not to interfere with business hours.

But as excruciating as it sounds, it wasn’t all misery. “The negotiation between cutting-edge digital tools and the actual installation of something in the real world is always a process filled with discovery and fun,” Szivos explains. “Just as long as you’re willing to accept that the real world is filled with things like gravity, wind, and small children.” 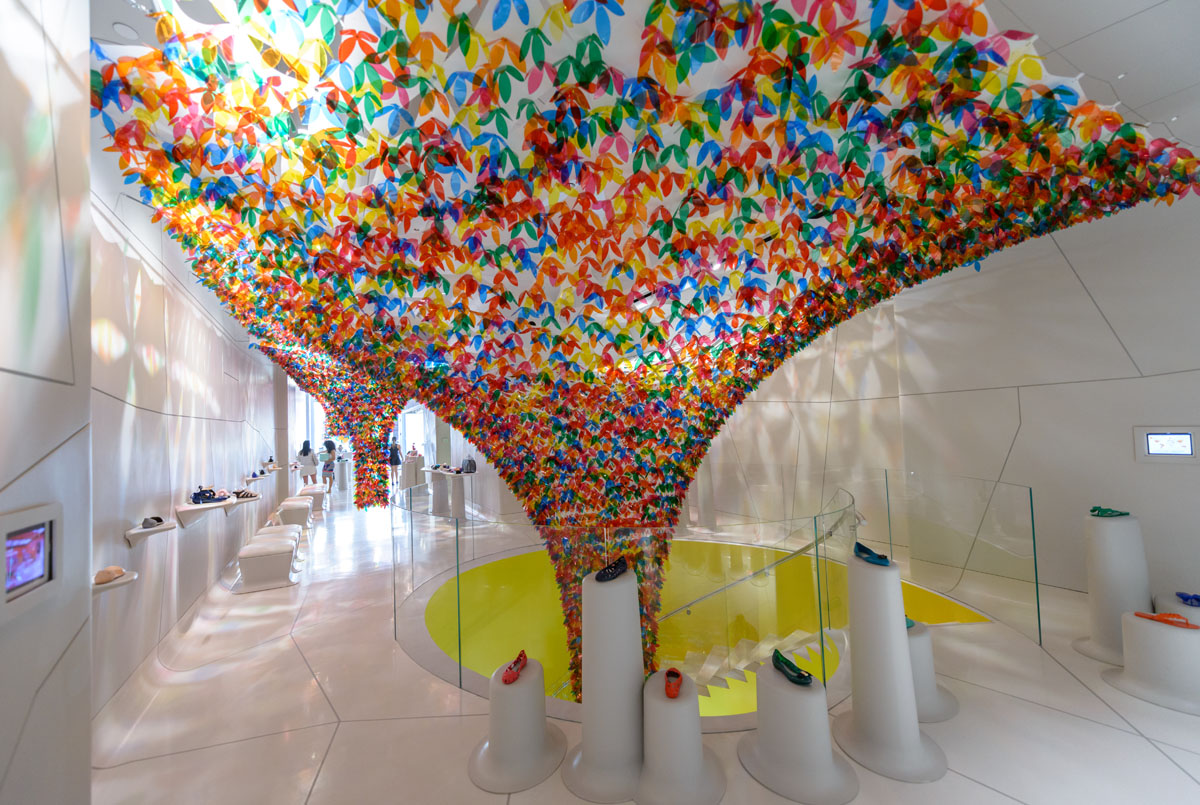 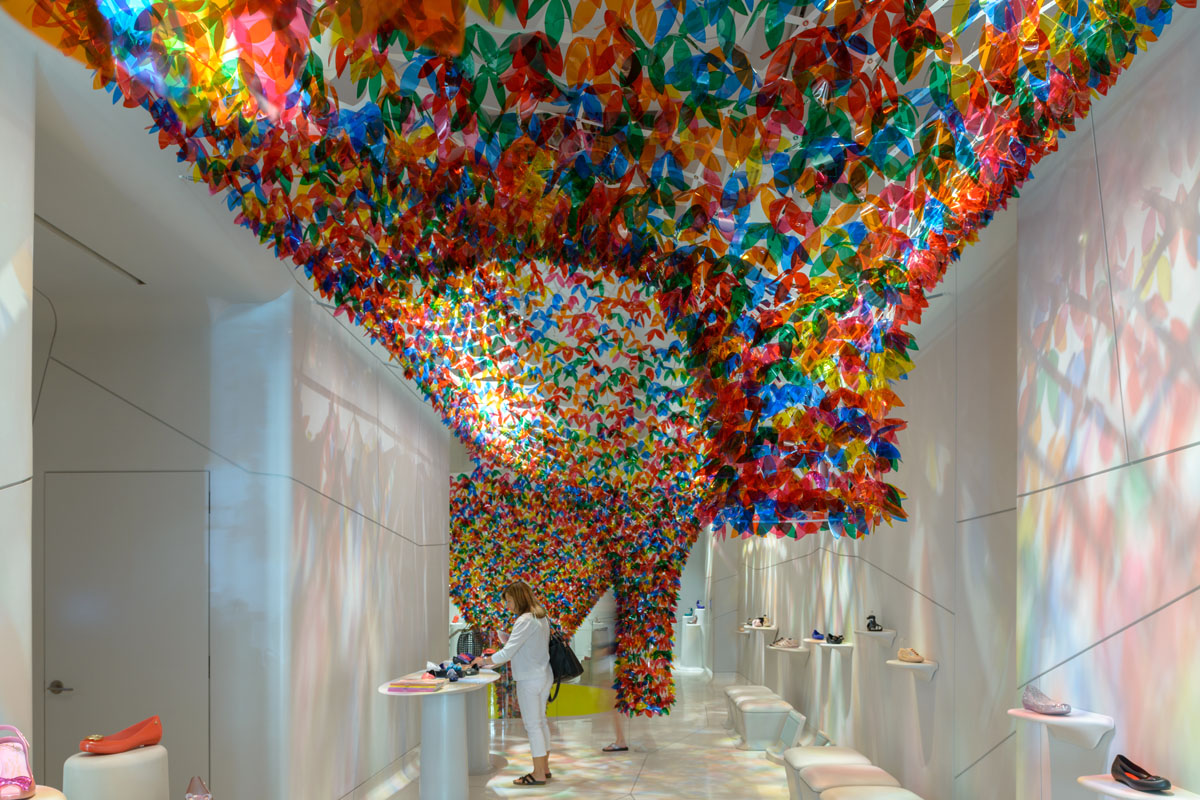 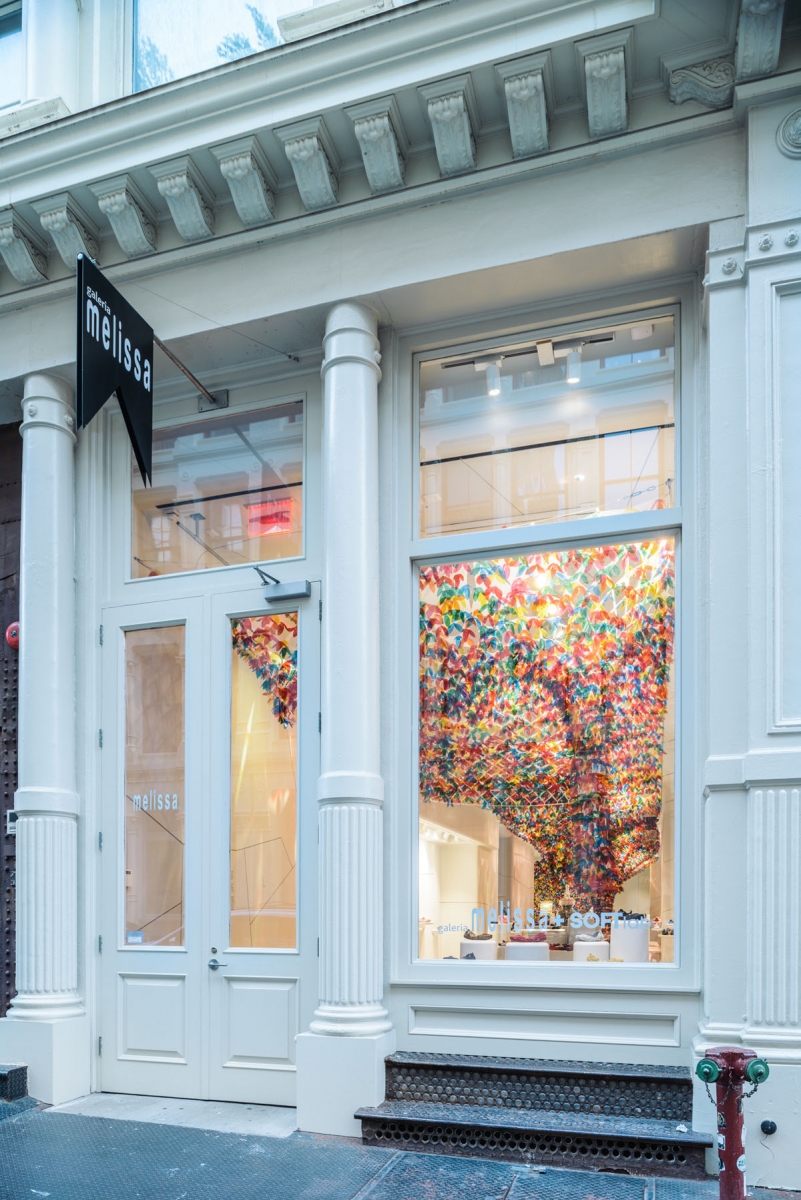