A new exhibit shows off the wares of this French designer

Jean-Marc Gady refuses to be pigeonholed. With a hand in interior design, product design, luxury brands, teaching, directing his own creative agency, Gady is one active jack-of-all-trades. A graduate of the L’ecole Bleue in 1997, the French designer has only just begun and now you can see some of his work that is currently showcased at Gallery R’Pure in New York. 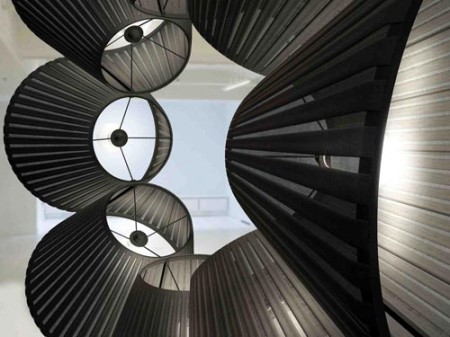 Born in Paris, Gady got his start with the make up chain Sephora, designing interiors and merchandizing for stores from New York to Barcelona. It wasn’t long before the luxury mega-brand, Louis Vuitton scooped him up as Art Director for events and store windows. After only four years at LV, he founded his own agency, Jean-Marc Gady Interior and Product Design Creative Agency, where he works with such high-end clients as Moet&Chandon, Apple computers, Christophle, Ligne Roset, and Disney.

His current exhibit in New York, French Cancan, offers up some whimsical designs. The show’s signature piece, a light installation composed of several pleated lampshades fused together in the shape of a giant wheel, recalls the furious kick of a French cancan dancer. 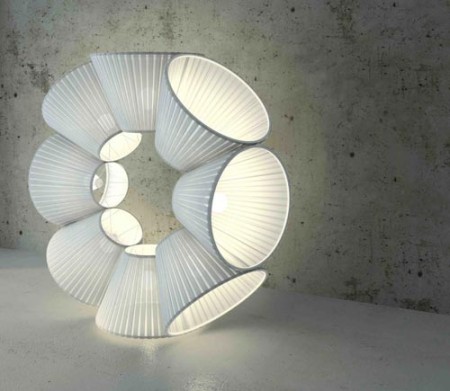 The exhibit also features gourmet, a cloud-like formation of bonded plates, and amo, a striking gravity-defying vase. With his playful collection and growing career, we cancan’t wait to see what this young French designer comes up with next. 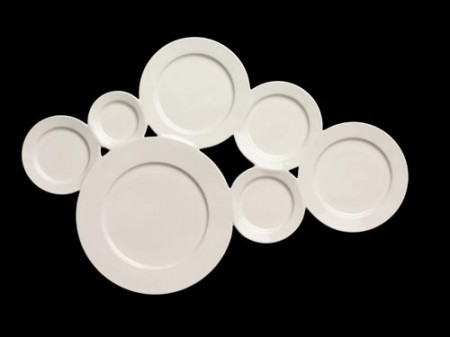 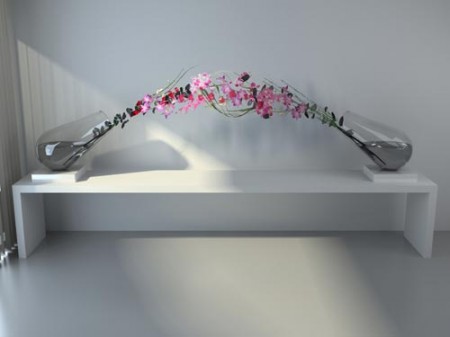