On the “Starchitect,” or, How I Learned to Stop Worrying and Love the Portmanteau

Or, how I learned to stop worrying and love the portmanteau

This article, by Guy Horton, originally appeared on ArchDaily as “The Indicator: Starchitect, or, How I Learned to Stop Worrying and Love the Portmanteau”

Is the word “starchitect” really denigrating to architects? Is it really a problem for the profession? Really? It depends on how you look at it.

And, yes, as it was pointed out to me, “This question itself is a rehash.” Well, the issue of labeling architects has been a rehash since the sixteenth century so we might as well trot it out one more time.

It’s a rehash principally because the way we label architects has implications for the profession’s bottom line. It drives fees up for a few and down for everybody else. It makes some firms busy and others less so. Or does it even do anything but put contemporary architecture on the minds of the general public, the broader client base?

How many times has the term shown up in The New York Times, for example? No, I am not going to make a diagram of that. But Michael Sorkin would. See his article, “Does the New York Times architecture critic Herbert Muschamp keep writing about the same things?” where he statistically breaks down how frequently certain architects of note are promoted. This, in essence, is the nature of making starchitects.

There may be better terms but it seems we are going to be stuck with “starchitect” until everybody with a keyboard agrees to retire it.

Meanwhile, like the Pritzker Prize going to singular architect-as-genius subjects, it misleads those holding the purse strings into believing that the architect, singular, is some sort of artist working at his/her craft, somehow like Jackson Pollack in a dress shirt. Many clients have absolutely no understanding of how architects actually work and the professional infrastructure necessary to produce it and what it takes to move a bathroom or find opportunities for additional parking, or specify the right no-VOC coatings and responsibly-sourced wood products.

Architecture is complicated and like other complicated things it is prone to entropy from the outset. It takes a lot of mental power and organizational skill to propel a project beyond this gravitational force and into a stable orbit where it can be safe, sustainable (in all senses), and enter cultural consciousness as something of value. Even then, chances are, many people will still hate it and hate the architects…if they even know who they are.

So, back to “starchitect”, the word. We can suggest as architect, Stephan Jaklitsch did in a recent letter, that we banish it to the waste bin of history. But then another term will crop up to take its place. Like it or not, the way things are, popular culture needs to find a way to communicate the concept of the celebrity as manifested in the context of architecture.

Some are “stars” because they have broken through, or been broken through by critics and writers, to the popular zeitgeist and the popular zeitgeist doesn’t know what to do with them when that happens except put crowns on their heads and parade them around endlessly. You get a label, you become a star. They chair you through the marketplace. Blame Hollywood for that. Or blame commodity capitalism, for that matter. These are architectural identities as commodities.

An alternative reading of the letter might be this: Aren’t we sick and tired of reading about the same few “starchitects” over and over again while there is a multitude of great architects doing great work that go unknown?

There is also this: starchitects become starchitects because of formal appearances. For the title to take hold, the starchitect must have done something formally that then does something in the culture in a way that goes beyond the business-as-usual architectural communication channels. Form becomes privileged when a starchitect is born. This then reinforces the notion that architecture is predominantly about form. If it is form only it is then devalued as something extrinsic, unnecessary, a luxury. Without form there would be no starchitects. Without starchitects, then, architecture could be freed from the tyranny of form in the public’s eye. Or could it?

This, then, goes to the issue of perception and how architects communicate what they do to a larger audience in ways it can understand. And as Jaklitsch’s letter attests, people just don’t get architects or what they do.

The more architects can communicate their actual value to the general public the more they will be able to establish and maintain realistic fee structures. “Starchitect” as a term can thus have its value in drawing attention to contemporary architecture and making people more aware of it, but architects themselves must wrestle the term back under their control and use it to their advantage. 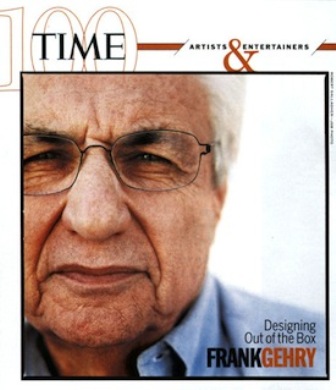 In a sense, all architects may assert a redefined “starchitect”-ness in the marketplace. Take the position and own the term. We are stuck with it anyway, so we might as well put it to good use.

I asked a few people what they thought. Below are their responses, in no particular order:

“I guess I’d say that the starchitect moniker was fun — a neat shorthand for an architect whose buildings and behavior exhibit exhibitionist and prima donna like qualities. But it simplified the reading of these architects, who generally are as hardworking and — due to their shared Modernist educations — interested in a broad range of building types and social and urban issues as the non- starchitects.”

“I wish we could get rid of the term, with all its connotations of flash and misguided focus on a lone, supposedly gifted individual. But reality tells me otherwise. A case in point: When Zaha Hadid showed up for a lecture at Harvard this past year, the main auditorium was full and so was an overflow room. The lecture turned out to be underwhelming–it was ‘recent work,’ with little intellectual gravitas. But the ‘starchitect’ phenomenon isn’t over, much as I would like for it to disappear.” 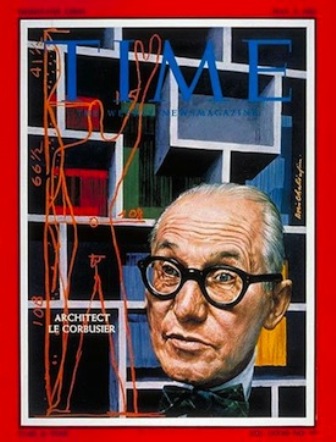 Curtis B. Wayne, architect, host of the podcast, Burning Down the House, and author of the new book, The Shape of Things that Work: The Fourth Architecture:

“I feel that ‘starchitect’ is with us to stay, but as a term of derision. The notion of celebrity being attached to a profession that, at its core, is a public service function is specious. We might just as easily refer to Jeanne Gang as ‘the noted Chicago architect’ Jeanne Gang, but to refer to her as ‘starchitect Jeanne Gang’ implies, to my mind, a wink-wink, smarmy smirk. Does she deserve that or not? That I defer to the intentions of the writer and the understanding of the reader. If there is a label to replace starchitect begs the question, as I noted above, of the appropriateness of the star system, which as we know originated in the film industry. So if architecture is just a performance art, by all means, go ahead and invent a new label. But if an architect should demonstrate a real dedication and accomplished mastery of all aspects of human occupation as writ large in a masterful work integrating technology, environmental psychology – and beauty – then I suggest ‘Master Architect’ – intentionally capitalized, ‘though the random and SHOUTING style of such use of caps smacks of some of Mr Wright’s more ranty work, and belongs in the ancient library of works such as Tristram Shandy, or the Declaration of Independence; this is appropriate because ‘star” status is something more appropriate to an age of brave chivalry and miraculous deeds. And really, even such things as the Prtizker Prize winning Mr Mayne’s Cooper Union New Academic Building – despite its much ballyhoo’d greenwash, ain’t miraculous; it’s simply pathetic.”

“The starchitect system is a 16th century elitist format with 20-21st century mass marketing added. It has been branding the industry’s most aggressive and business savvy. It is the kind of levitation manufacturers and end-using investors seek to market their products.”

“Starchitect has become part of the language, a useful buzzword, much like geek, frenemy, supersize, sustainability, wellness, globalization, artspeak, brick-and-mortar, digital divide, art science, f-bomb, and many others. Totalitarian regimes may abolish words by fiat; in democracies we let buzzwords fade away when they stop being useful.”

“We talk about film actors as ‘movie stars,’ and I suppose that it was a logical progression to refer to celebrity architects as ‘architecture stars’ or ‘star architects,’ especially once Vanity Fair started including them in their Hall of Fame. I think the first might have been Rem Koolhaas, and the next was the duet of Frank O. Gehry and Richard Meier. Of course, it wasn’t the first time that an architect made the cover of a magazine. I remember seeing Bill McDonough hailed as ‘Hero of the Planet’ by Time in 1999. Also, ‘The Bilbao Effect’ or ‘The Guggenheim Effect’ may have cemented the idea that an architect could raise the profile of a place, which could be directly translated into statistics (number of visitors, revenues).” 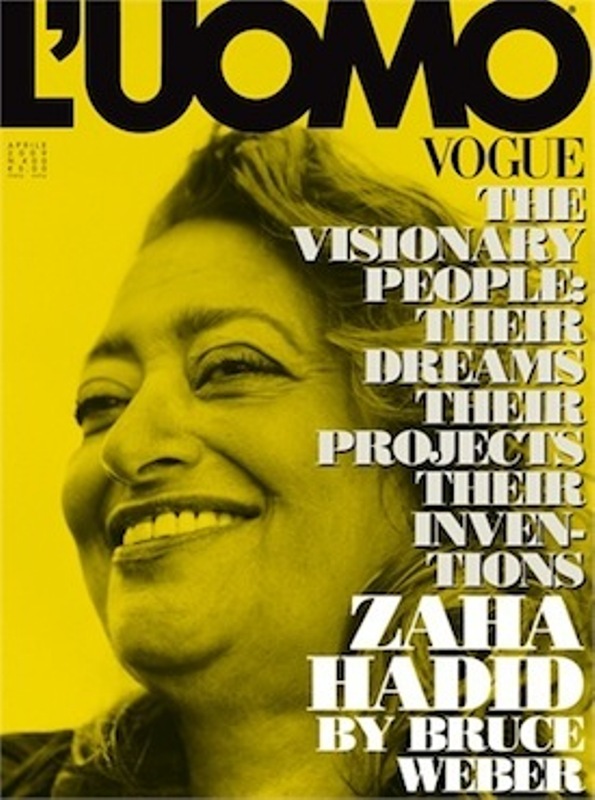 “I think the word caught on because it worked to describe the phenomena — the hi-profile architects with their hi-profile buildings. It wasn’t so much new. Remember Philip Johnson was on the cover of Time (verify) in the late seventies when he was doing all the hi-rise work for Hines. A significant number of ‘stars’ were capturing the public’s attention via the mainstream media (not really the design media because the public doesn’t read it) at the same time. But I think that the reason it may be time to retire the phrase is that it’s now the landscape architects and urban designers who are making more impact, especially in complex environments. Part of that may be that we have come to the end of a cycle of museum and concert hall building and the developer market for signature buildings is just coming back, slowly. Part of this is growing demand for infrastructure-related solutions, like TOD’s and parks that demand big, collaborative teams.”

Witold Rybczynski, architect, professor, author of numerous books on architecture and architectural history, including The Biography of a Building (2012), Makeshift Metropolis (2010), and Looking Around: A Journey through Architecture (1992). His forthcoming book, How Architecture Works: A Humanist’s Toolkit comes out in October:

“I can understand that some architects dislike the term, but it reflects today’s reality. A small number of architects are well-known enough to add value to a project in terms of their name recognition with donors, museum-goers, condo buyers, and so on. This value is reflected in the fact that they are able to demand higher fees than their lesser-known colleagues. Whatever you call them, star architects are in a different category.”