The Eiffel Tower Now Produces Its Own Energy

A victory for eco-friendly design—the Eiffel Tower is now powered by 100% renewable energy and has been since last January, according to Paris mayor Anne Hidalgo. LED lighting, solar panels, rainwater recovery systems, and most notably, two vertical axis wind turbines have turned the monument into a beacon of green design. France has been eager to show their concern for a more sustainable future, a commitment illustrated by the tower.

A major renovation and retrofit project overseen by the Société d’Exploitation de la Tour Eiffel (SETE) and Urban Green Energy International (UGE) should make the tower’s first level self-sustaining and cut 10,000 kWh from the site’s yearly energy consumption. Most of this energy usage is generated by the level’s commercial center, which caters to approximately seven million people a year. Installed in February, the new apparatus will also help to meet the pavilion’s water needs, up to 50% of which will now be solar-heated.

The turbines presented a challenge to UGE due to both their difficult location—the second level of the tower—and their aesthetic integration to its iconic architecture. The VisionAIR5 vertical axis wind turbines were painted the to match the structure and are expected to be nearly silent. So while they may not be immediately visible, the turbines will play a central role in taking Paris’s beloved landmark off the grid. 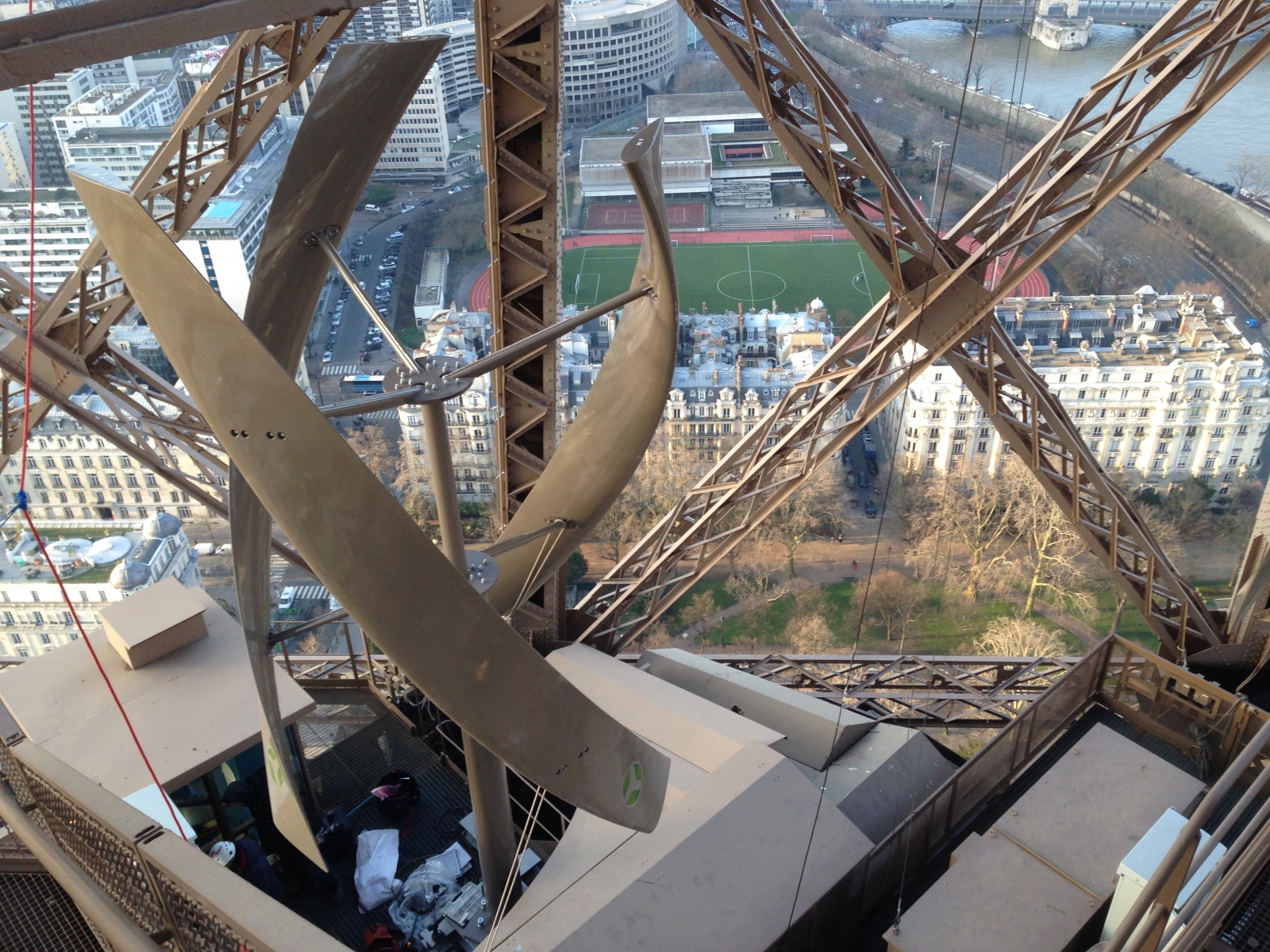 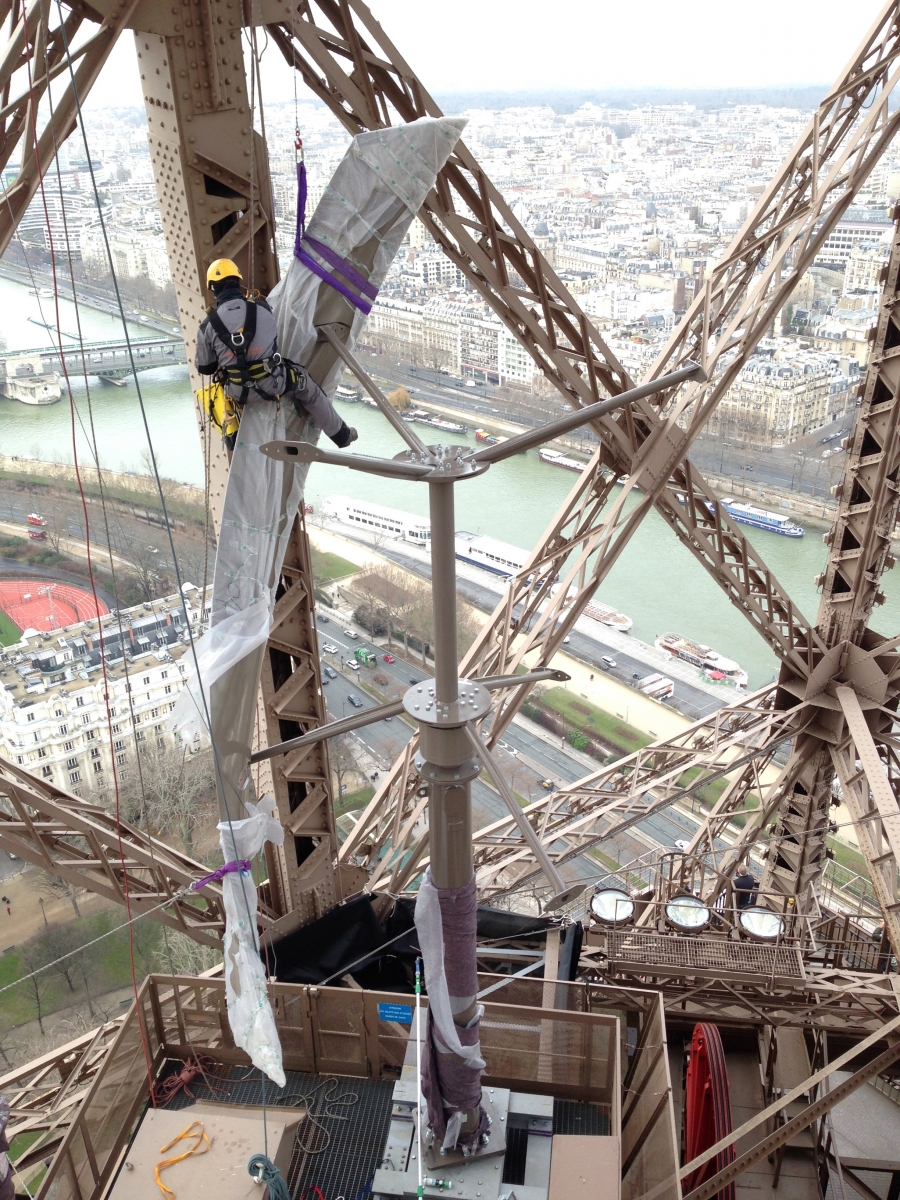