A museum expansion in Amsterdam showcases the role of the architectural model.

A model for the expansion of Amsterdam’s Stedelijk Museum CS. Image courtesy of Concern.

I travelled to the Netherlands a few weeks ago and spent several days in Amsterdam. It happened to be a perfect time to stop by the Stedelijk Museum CS, located in the city’s museum quarter district. The Stedelijk is overseeing a major renovation of its existing building (designed in the 1890’s by architect A.W. Weissman) as well as an expansion that will double existing public and display space when it opens in December of 2009. I attended a special reception where the museum announced that Amsterdam’s Gilian Schrofer will design several interior spaces for the new building. The event correlated with the opening of “Models of Concern,” an exhibition featuring Schrofer’s work with Concern design.

“Models of Concern” showcases Schrofer’s distinctive process of modelmaking as a tool for communicating ideas with clients and as a refined, detailed craft. Having worked with Schrofer on a number of exhibit designs for the Stedelijk over the past few years, curator Ingeboord de Roode wrote in the exhibition book that “scale models offer a much more pleasant and accessible base for discussing proposals. Gilian often creates the scale models himself, as a stepping stone along the road to arriving at a successful design solution.”

As I perused the numerous models made by Schrofer over the years, the meticulous attention to detail, material exploration, spacial organization, and use of light is largely apparent. Through his model-building process, he allows for us to think about a space from the first moment a design is conceived.

The model for the Stedelijk extension is no less detailed. One is able to see the relationship between the new space and the historic building that houses the current collection, as well as the four distinct spaces Concern will create inside the lobby.The furnishings, all custom designed, are well-considered and add to the architecture of the new building (designed by Benthem Crouwel Architects).

The Stedelijk Museum has already been established as a vibrant and inspiring institution, and a must-see for anyone coming through Amsterdam. Observing the museum’s plans and enthusiasm for their future space only confirms this strength. 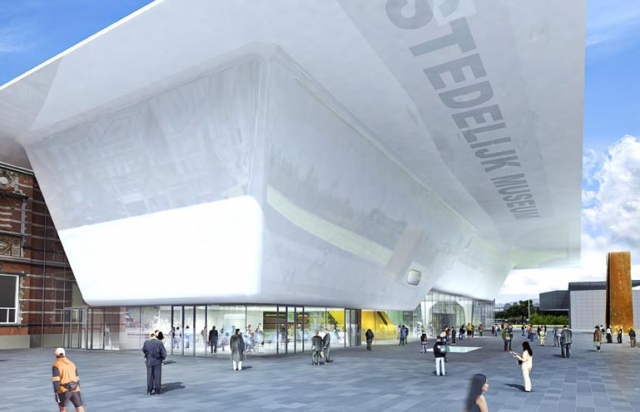 A rendering of the new addition, designed by Benthem Crouwel Architects. 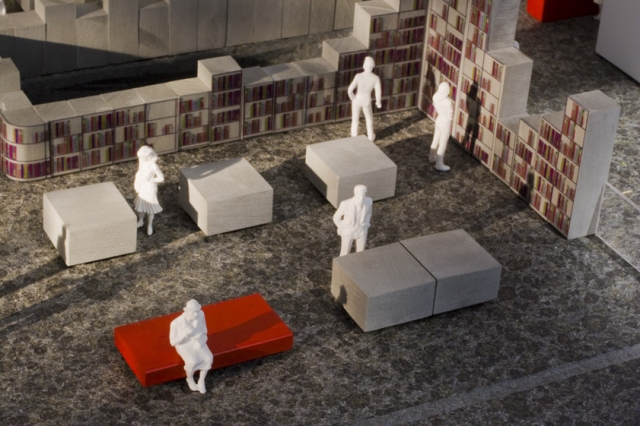 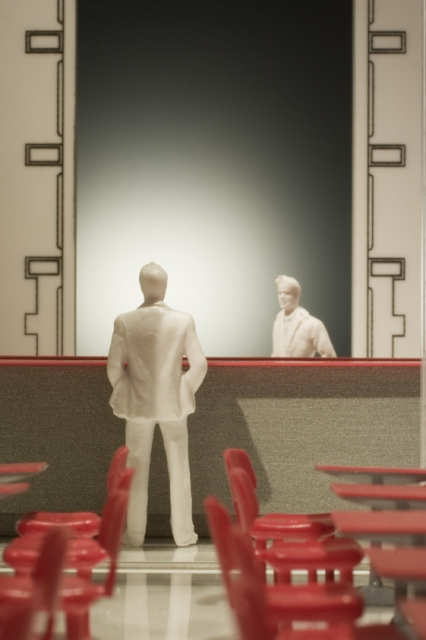 The exhibition “Models of Concern.”