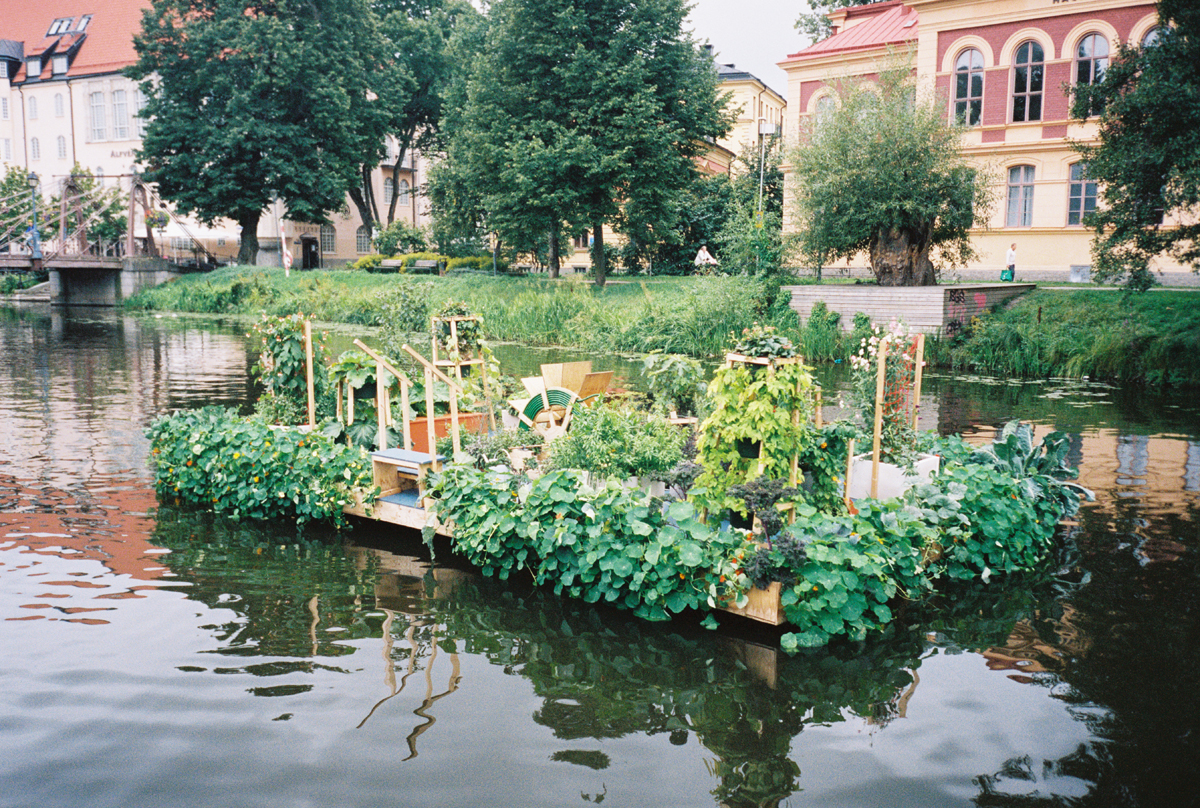 The pocket park sat in the Fyrisån River at night and was moored to a dock by day.

When a designer asks the public to rediscover a site, it’s rarely in the middle of a river. That’s precisely what the founders of Pop Upp, an organization dedicated to collaborative social projects in public spaces, aimed to do with their floating park in Uppsala, Sweden. The group had previously designed other projects in public spaces, such as an outdoor soup kitchen and two cultural pavilions. Those experiences sparked a desire for a more ambitious intervention: one that would spur Uppsalans to actively engage with their environment. Michael Gates Carlsson, project manager of the Pocket Park Fryisån, called the resulting garden “a virtual exclamation point in the public domain, a place for activities that truly engaged people.”

The project quickly gained official approval because it tapped into the city government’s desire to promote urban gardening. With only three months to build, the park rapidly came to life through extensive collaborations: A gardener, seed supplier, brand designer, and an interior and furniture designer all participated. Selecting a site was also critical, as it needed both sunlight and public accessibility. The platform was anchored in the river during evening hours and moored to the land for easy access during the day. Visitors could take home a broad range of species: broadleaf plants such as rhubarb and chard and fine leaves such as mint or dill. Staffed by volunteers, the garden hosted an urban gardening lecture series from June to September of last year. A waterwheel used the river’s currents to water the plants and the city recycled the platform’s pontoons.

Carlsson considers the project an “unqualified success,” having provoked tourists and locals to reexamine their surroundings and daily experiences. The Pocket Park may travel on to the 2015 Brazil Design Biennial and Pop Upp is already planning future projects. 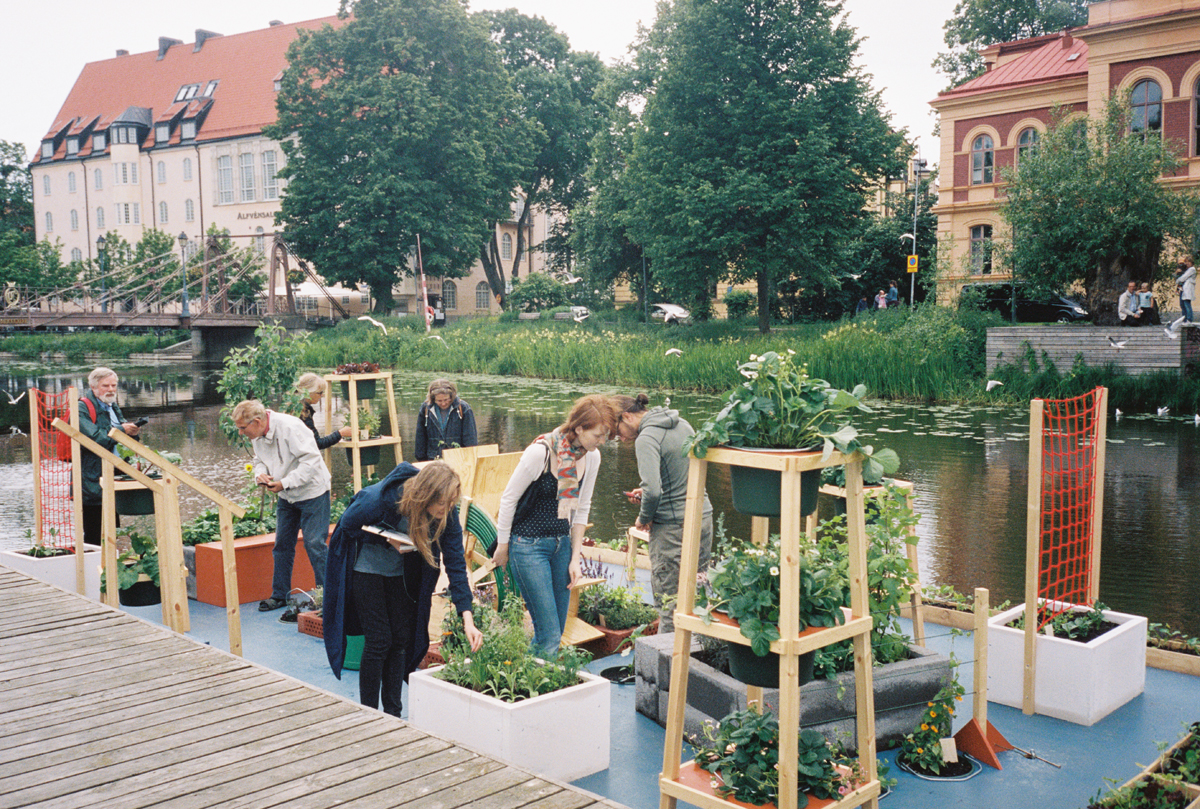 The garden also served as a temporary stage, with speakers and musical performances on the raft and the audience seated on the dock. 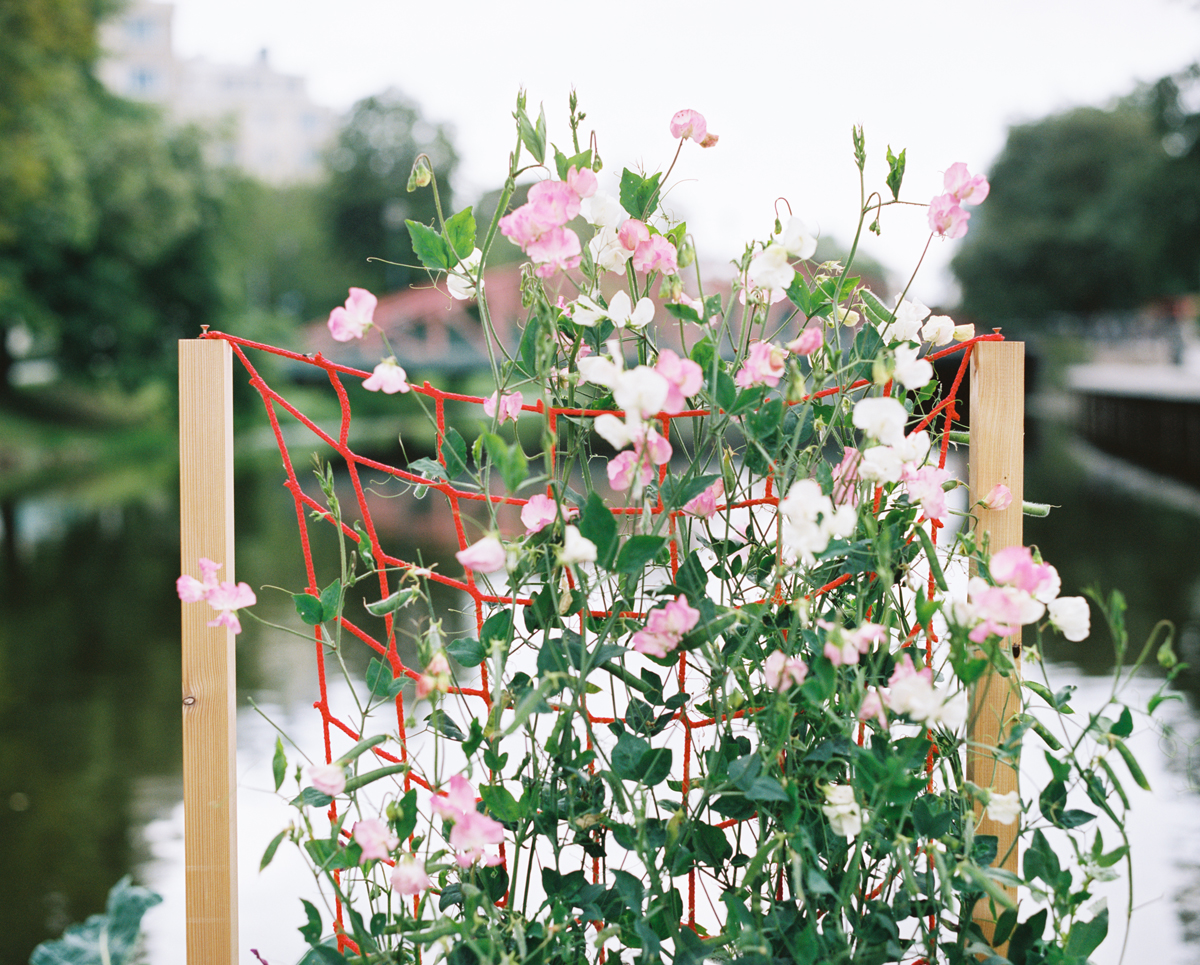 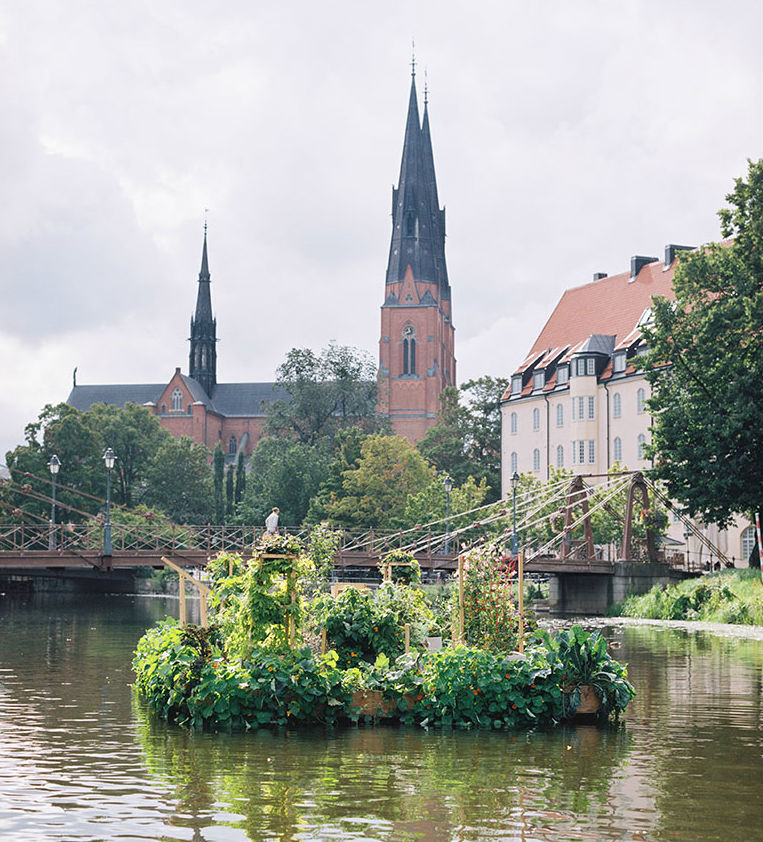 Though it was dismantled in September, the Pocket Park may travel on to the 2015 Brazil Design Biennial.