The furniture retailer is inviting local artisans to curate a collection of their own goods for sale in West Elm stores. 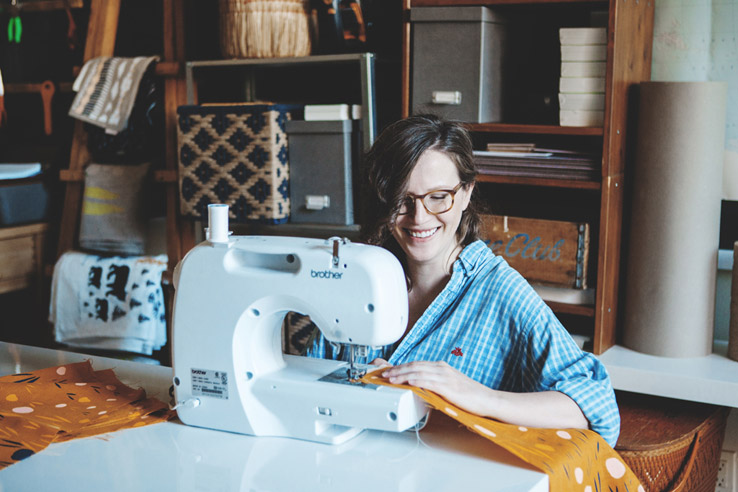 Austin-based artist Leah Duncan is one of the designers in West Elm’s Local program, which highlights the work of makers across the country. “Adding their Texas shops to my list of retailers has made people think I’m fancy,” she says.

Helming a department within a corporate behemoth was the last thing on Mo Mullen’s mind when she co-founded the start-up Maker Maker to help emerging makers and designers grow and scale their businesses. So after visiting West Elm’s head office in Dumbo, Brooklyn, to discuss the brand becoming part of Maker Maker’s network of retailers, she was surprised to learn that its president, Jim Brett, had envisaged a much grander plan.

West Elm had blossomed under Brett’s leadership since 2010, shrugging off its reputation for seemingly unimaginative furniture for a much hipper, personable aesthetic. Brett had been seeking ways to work more closely with makers and had overseen a collaboration with Etsy that saw a series of pop-ups in West Elm stores featuring Etsy sellers. Admiring Mullen’s approach, he floated the idea of her helping to establish a similar initiative to Maker Maker within West Elm itself, focusing on local stores.

She admits that she was slightly tentative at first. “But I quickly came to realize that West Elm already seriously supported craft, community, and artisan work.” She was particularly impressed by the brand’s commitment, as part of the Clinton Global Initiative, to invest $35 million in handmade products during a two-year period.

With Mullen on staff, the company launched West Elm Local in early 2014. Beginning with the company’s Dumbo and Atlanta stores as test locations, they asked each store’s general manager—known as “shopkeepers”—to handpick artisans who lived and worked in the area and curate a collection of their goods for sale in store. “One of the hardest things was that first set of phone calls,” says Mullen, “calling up 40 people promising it’s going to be different from their other experiences and asking them to take a chance on us. Those were very scary for us to make. I felt, and still do, very invested personally in making good on that promise.” The test run, which launched with 36 makers, allowed West Elm to identify the resources shopkeepers needed to build trust with the makers, and showed them how to identify products that would be good for customers. The Local program has since grown to include more than 500 makers—27 of whom are also featured on West Elm’s website—in 74 stores across the United States and now has creatives clambering to join.

“I didn’t want to repel the small boutiques that are a major part of my business by giving off the impression that I had ‘sold out’ to a large company.”
In late 2014, West Elm also ran a small business grant competition asking to vote for their favorite makers. The winner, Tennessee-based body-care product company Little Seed Farm, was awarded $25,000 in unrestricted funds plus a year of business-consulting services. “We brought them to our office for a day,” Mullen says, “and we helped them make progress on their most pressing business challenges. They sat down with someone from each department—social media, merchandising, sourcing, PR—to work through those challenges with them.” That process inspired Mullen and her team to create a tool kit for other makers and designers in their stable, who faced the same challenges.

Though she works with a very small staff, Mullen ensures that team members have at least one initial phone conversation with each maker and that they remain in close contact. Los Angeles maker Eric Trine—known for his locally manufactured steel, geometric side tables—has evolved with the West Elm Local program, which he joined after the Local L.A. shopkeeper saw his work on Instagram. “I wasn’t making a lot of product,” says Trine. “So the collaboration actually led to getting my first official product ready for production.” While he admits that the orders he receives from the Local store itself are small, having his work spotlighted on West Elm’s website has earned him a national audience. “Last year we sold around 850 of our side tables—that one product paid my entire salary.”

Understandably, some makers were unsure about becoming involved with such a big brand. “When I was contacted by West Elm, I was elated and supremely humbled,” says Baltimore-based designer Charlotte Cannon, who makes handcrafted home goods and textiles under the name The Vintage Vogue. “My single reservation was that I didn’t want to repel the small boutiques that are a major part of my business by giving off the impression that I had ‘sold out’ to a large company.” But she soon found that wasn’t to be the case. “What I love about being a part of the Local group is that The Vintage Vogue hasn’t been swallowed up by the West Elm brand.”

For West Elm, allowing its Local makers to maintain their own identity is extremely important. “There’s a resurgence across the country of these creative economies and artisan products that are deeply rooted in the places they come from,” says Mullen. “Those are the stories we want to tell.” 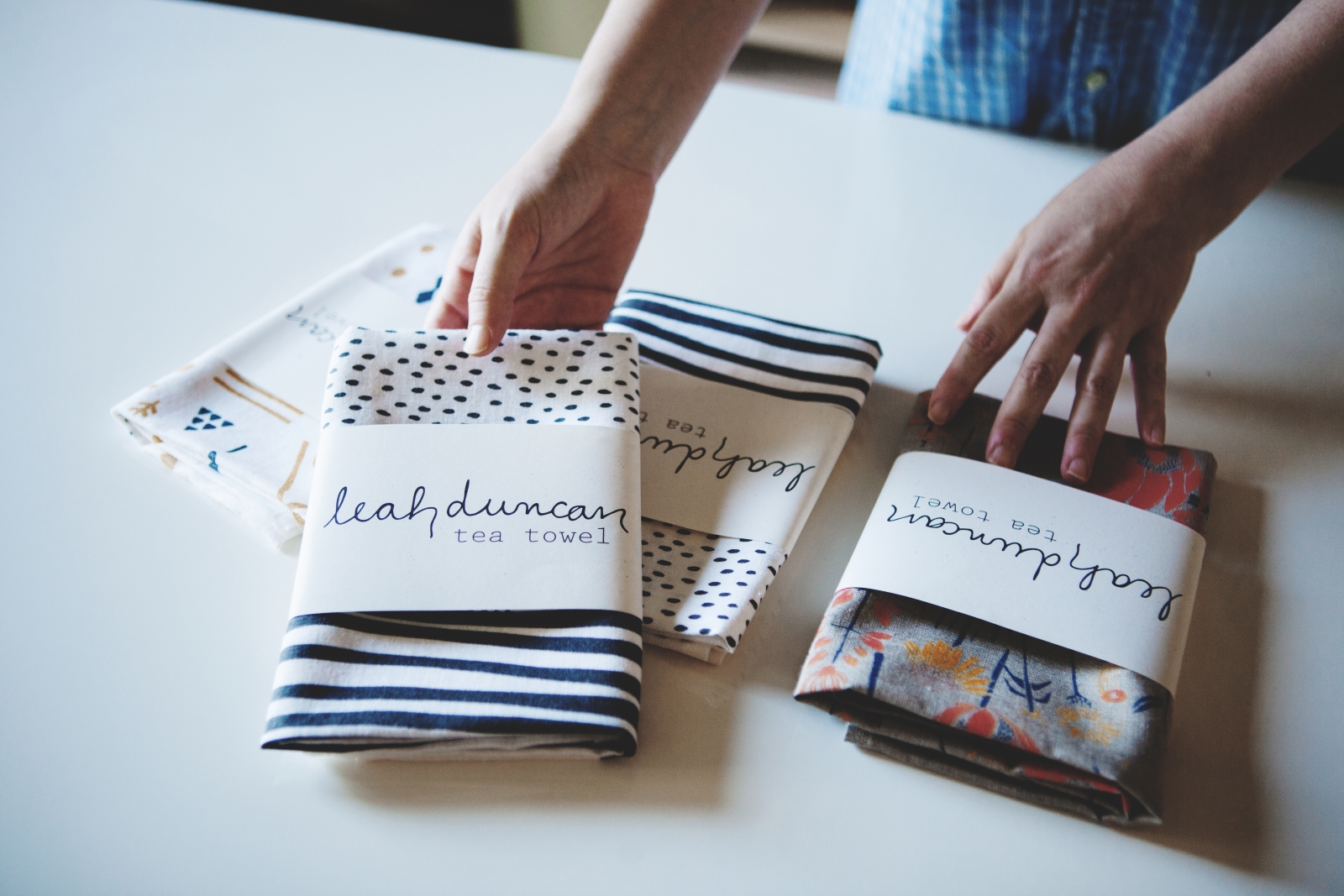 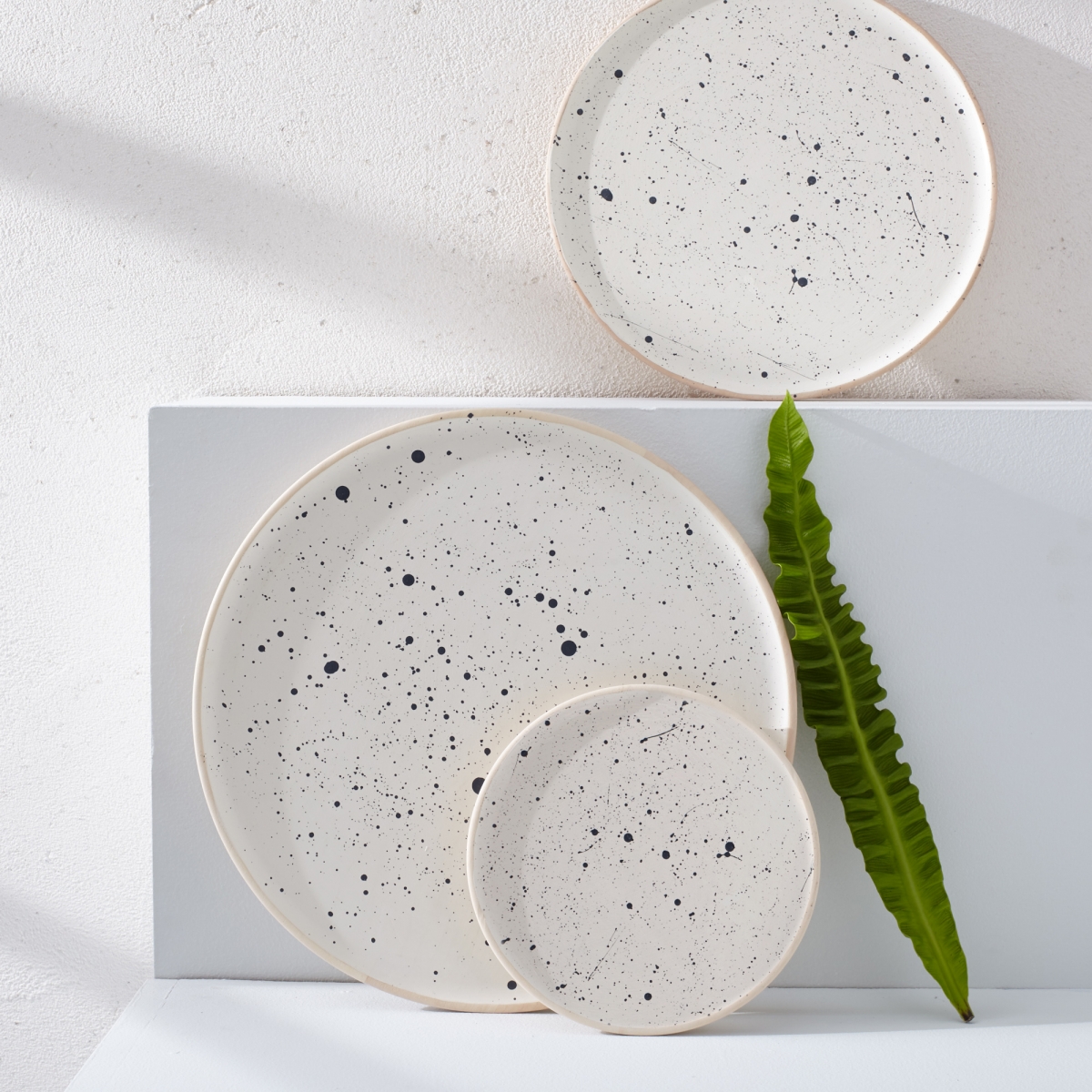 Charlotte Cannon, of Baltimore’s The Vintage Vogue, left a job in architecture to pursue her love of making. Her handcrafted rain wood trays are part of West Elm’s online assortment. 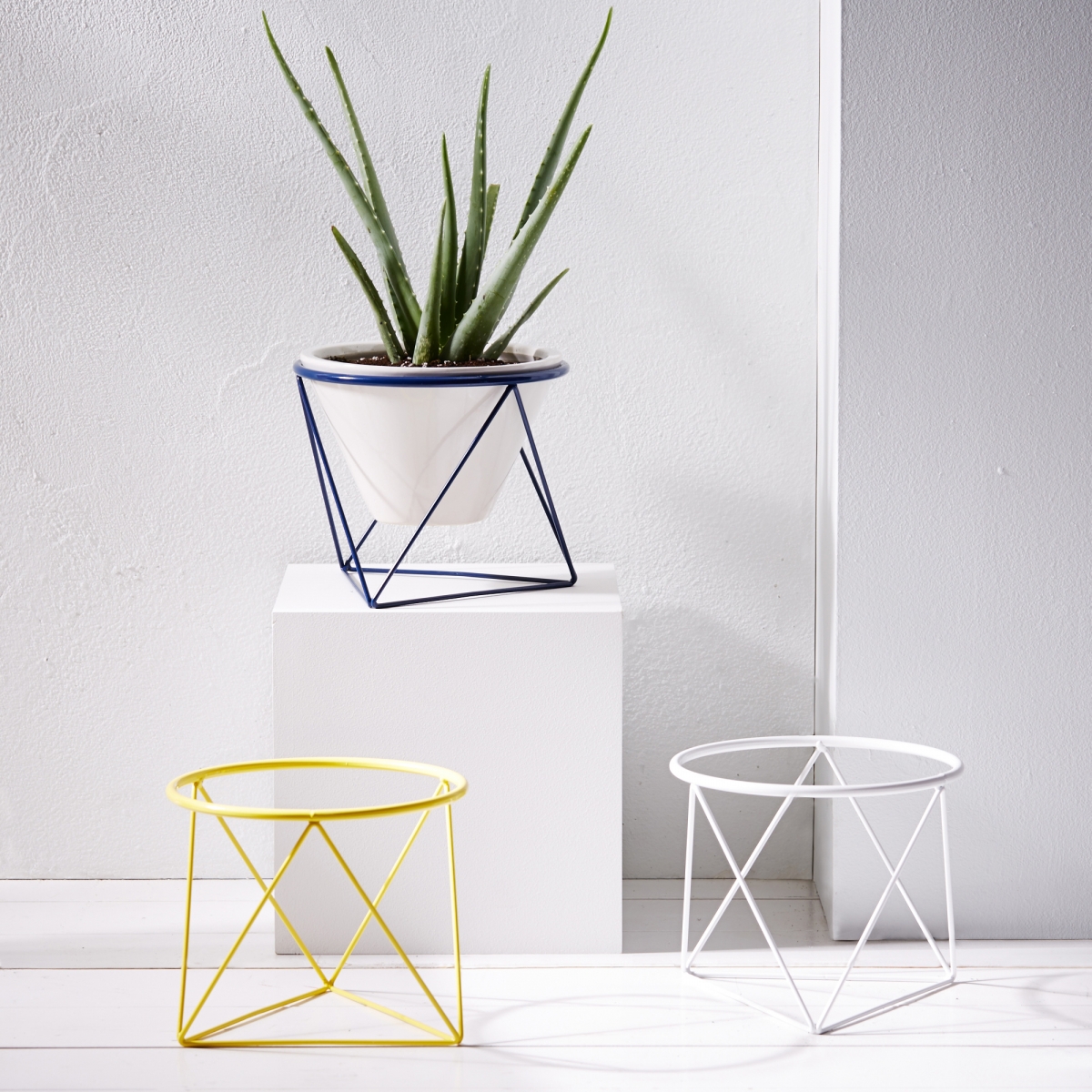 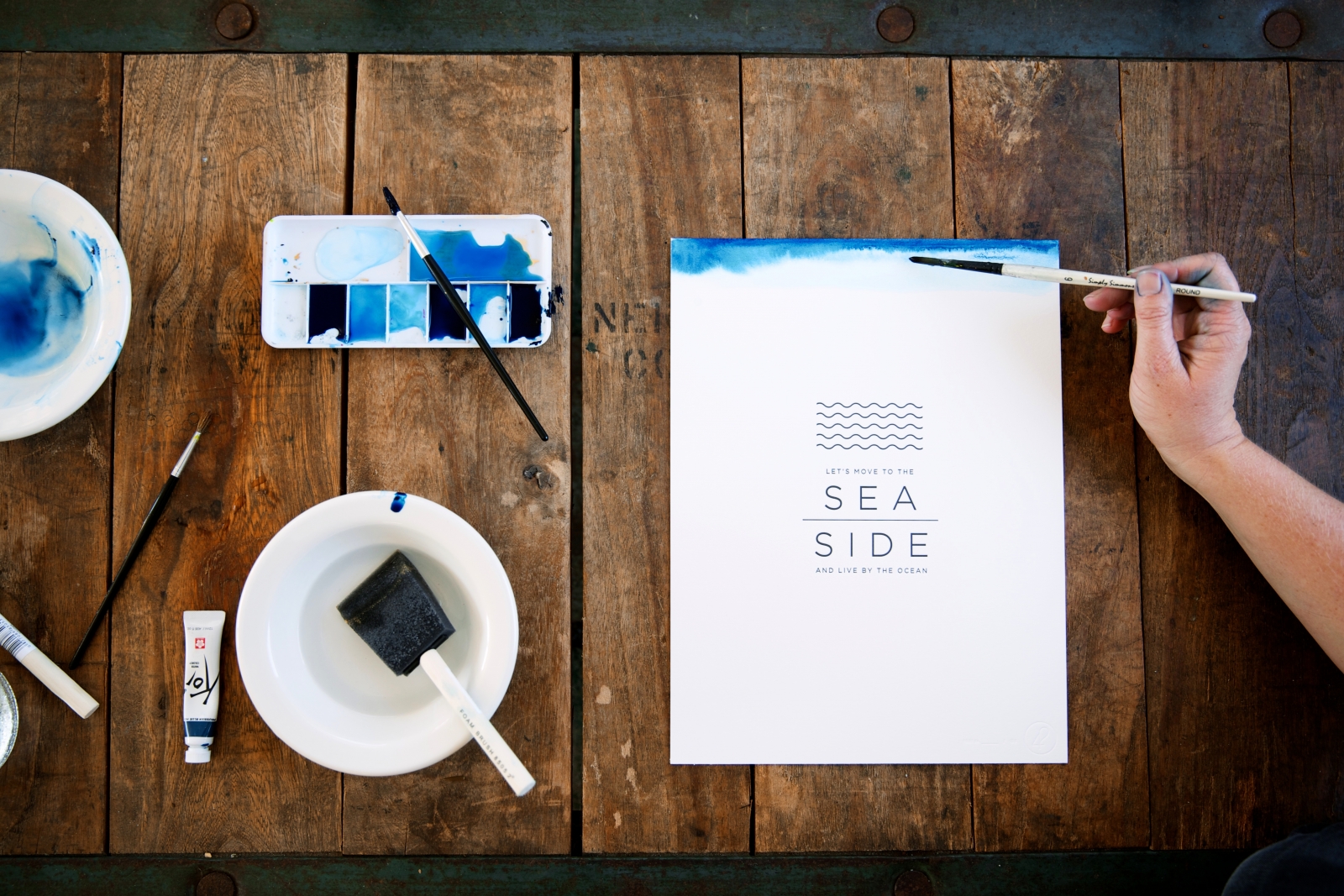 Jackie Hall Robinson, of 42 Pressed, runs her own letterpress studio on a tea plantation on Wadmalaw Island outside Charleston, South Carolina. She became involved with West Elm Local after her work was spotted at a holiday pop-up. 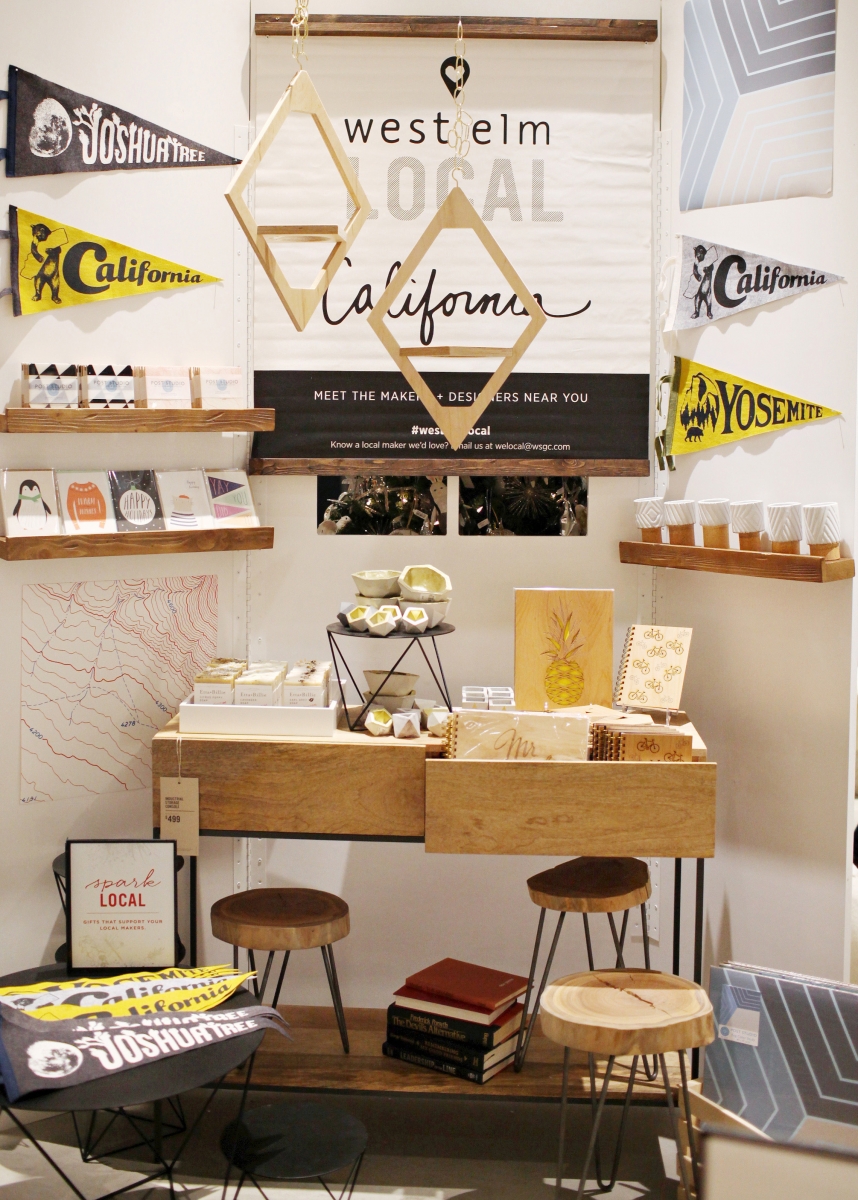 The in-store display for West Elm Local in Los Angeles