The Maker of the Origami Kayak Explains Its True Value

Foldable kayaks can make it possible for urban dwellers to take part in boating.

Several years ago I started Civil Twilight, an interdisciplinary design studio exploring the intersections between nature and urbanism. Our first projects focused on energy and resource use—very important but somewhat heavy subjects! In my spare time I built kayaks, starting with when I moved into a small apartment, which forced me to put my kayak in storage. Coincidentally, I read a New Yorker article on advances in the art and science of origami, which made me think: What if a boat could fold up, like origami? 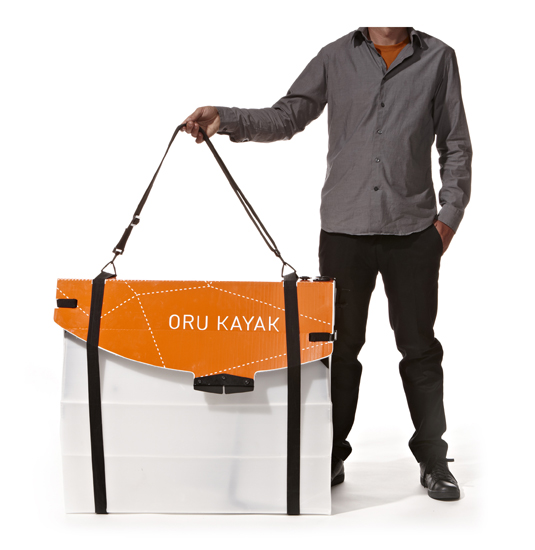 I made sketches and paper models, and soon progressed to full-scale prototypes. While the first prototype sank ingloriously, subsequent ones soon got good enough to paddle around the bay and explore the urban waterscape. This made me realize that water is a major, undervalued public space in cities. Most cities are built on water, and it’s legally open and free—but inaccessible to those of us with apartments and small (or no) cars. 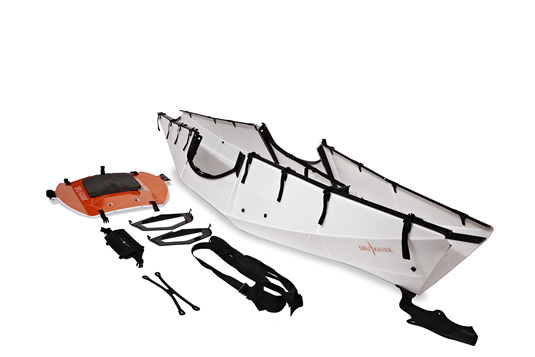 After 25 prototypes, the Oru Kayak is a full-fledged product—and now, we have a new company. Oru is extremely light (25 lbs.), and fast to assemble (5 minutes). It transforms quickly, simply, and almost magically, from a compact case into a fully functional kayak. In the water it’s fast, stable, and handles incredibly well. What started as a hobby has, I feel, stayed very close to the Civil Twilight mission. The design inspirations were as varied as in any of our other projects, in this case ranging from Japanese papercraft to traditional Arctic watercraft. Above all, we see Oru Kayaks as a tool for city dwellers to explore and discover the forgotten nature around them— and to find a whole new perspective on the places they live in. Take a look at our Kickstarter campaign here.

Anton Willis and his San Francisco collaborative, Civil Twilight, were the winners of the 2007 Metropolis Next Generation Competition with their Lunar Resonant Street Lamp. Read all about that potentially game changing design here.