A Workspace for Wordsmiths: Inside Medium’s San Francisco Offices

Sara Morishige Williams and Huntsman Architectural Group design a space for Medium employees to find inspiration in themselves as well as others. 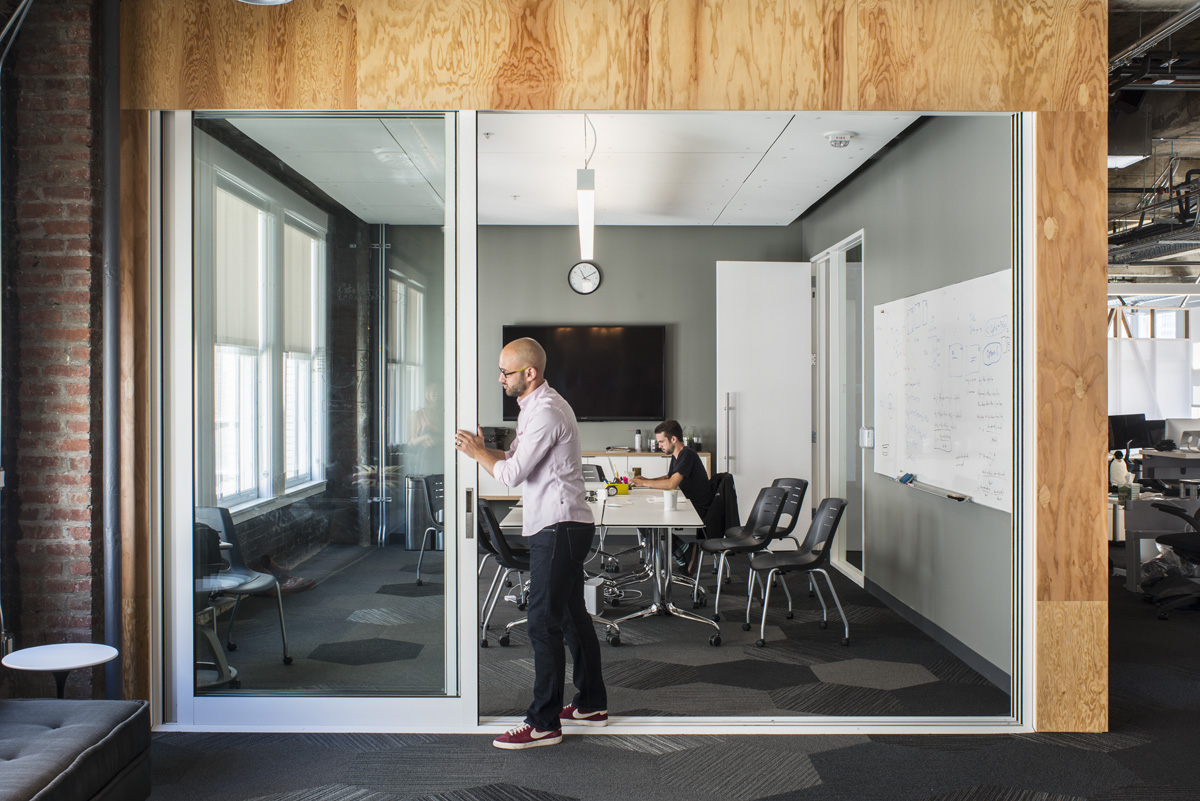 Fluidity in Space
The design team knew that a meeting can consist of just a few people or a large group. To create a comfortable space for either of these scenarios, large sliding doors were installed.

To Evan Williams, founder of the online publisher and platform Medium, as well as cofounder of Twitter, words are central. The expression of ideas—be it through 140 characters or longer, more thoughtful articles—is central to his platforms. This motivating factor can be easily seen on Medium, which provides a clean and simple space for reading and writing. “The words can be accompanied by images to help illustrate your point, but there are no gratuitous sidebars, plugins, or widgets,” says Williams. “Medium is a place for sharing ideas and collaborating.”

The online magazine offers articles that range from silly (learn how to become Internet famous for 68 dollars) to intense (read the until-now-untold full story of the kidnapped Nigerian girls). Unknown bloggers write for the site, but so has Mitt Romney. “On Medium, you write beside and with other people,” says Williams. “This means your posts link to each other, your ideas bump into each other, and instead of living on an island somewhere out on the Web, you are part of a dynamic whole, where each part makes the others better.” Williams wanted to bring this concept offline and into Medium’s office, located at 760 Market Street in downtown San Francisco. 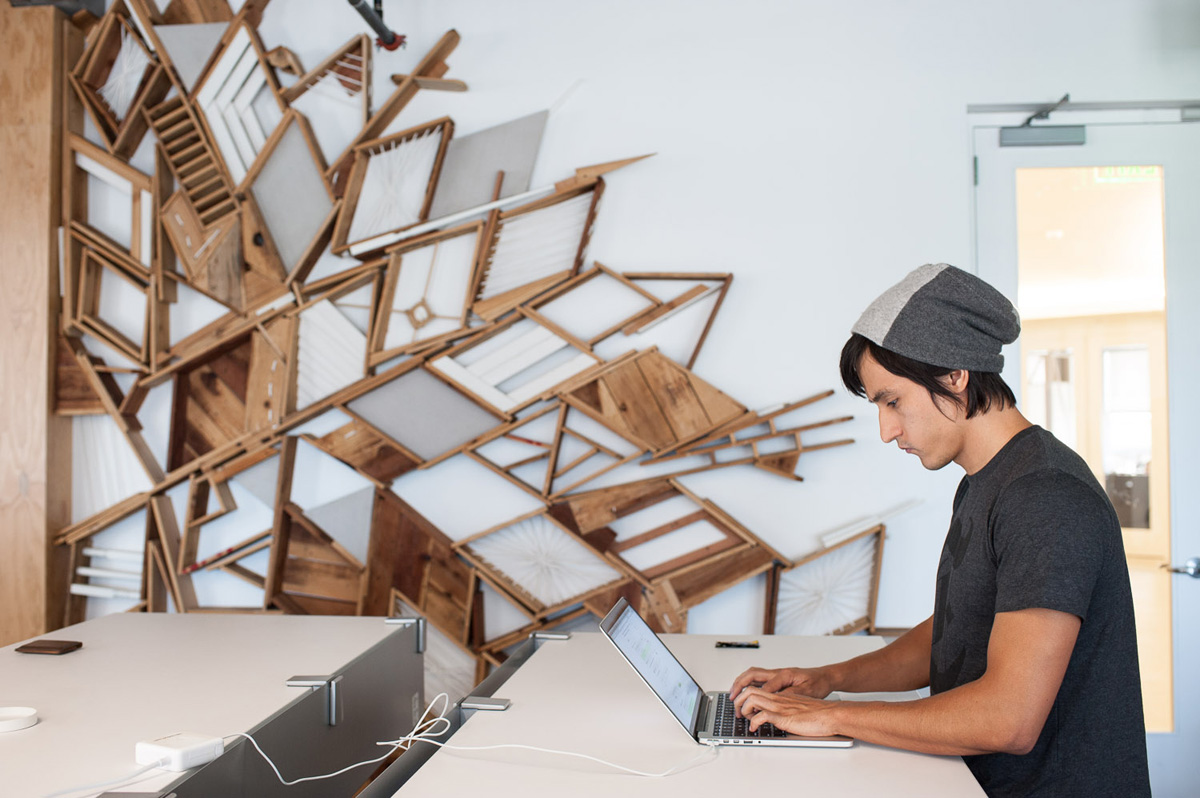 Williams brought on his wife, Sara Morishige Williams—a former technology recruiter who also studied fashion and designed the first two Twitter offices—plus Huntsman Architectural Group’s Sascha Wagner and Kate O’Rourke. Morishige Williams did not want the visual aesthetic to be overwhelming. Wagner and O’Rourke agreed that modest materials should be used in elegant ways to express the beauty of the existing structure—an 11-story landmarked building designed by William Curlett and built in 1908 by James D. Phelan. “At Medium, content is king,” says Wagner. “We wanted to let what was happening there be the star. The space didn’t need to lead.” Morishige Williams wanted to expose the historic fabric and mechanical equipment, use simple materials, and emphasize a constrained use of color. “The tight palette,” Wagner says, “allows creative activity and artwork to shine.”

Natural light was a non-negotiable for the Medium team when it looked at offices, and 760 Market’s large, operable windows and narrow floor plate, which provide for a plethora of light in every work area, were part of the reason the space was chosen. Hanging plants and succulents are among the growing accents, and Morishige Williams chose patterns inspired by nature, such as the Shaw hexagonal carpet tiles that have an organic feel, rather than more traditional rectangular ones. The team specified as many local materials as it could find, including reused marble from the building’s original lobbies. 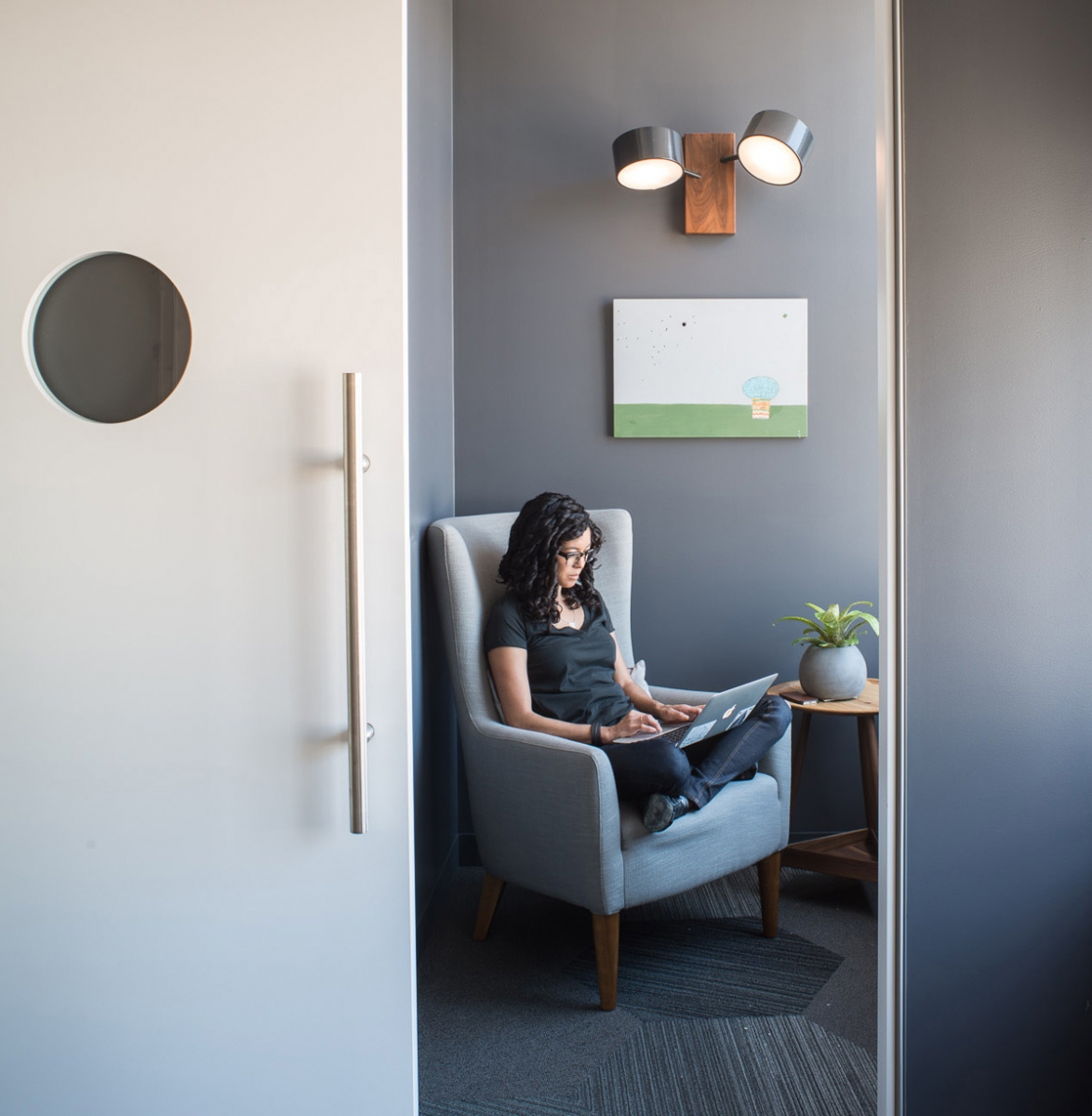 Places for Escape
To accommodate the different personalities of employees, Morishige Williams wanted large open spaces to allow for creative inspiration, as well as small nooks to provide privacy.

Morishige Williams also wanted to avoid the big open layouts that many technology companies use today. Open-plan offices may maximize teamwork, but the designers agreed that such layouts sacrifice acoustical comfort and the ability to have heads-down focus without wearing headphones. The team wanted to create a different type of environment that would allow employees spaces for thinking, writing, and contemplation, as well as collaboration. “Medium is a different type of company,” she says. “It was important to make spaces where the mixture of engineers, designers, editors, and writers could all thrive. These are not people who normally work together. I’ve learned a lot by being married to a software engineer and seeing how to have spaces where a creative brain and analytical brain can both flourish.” 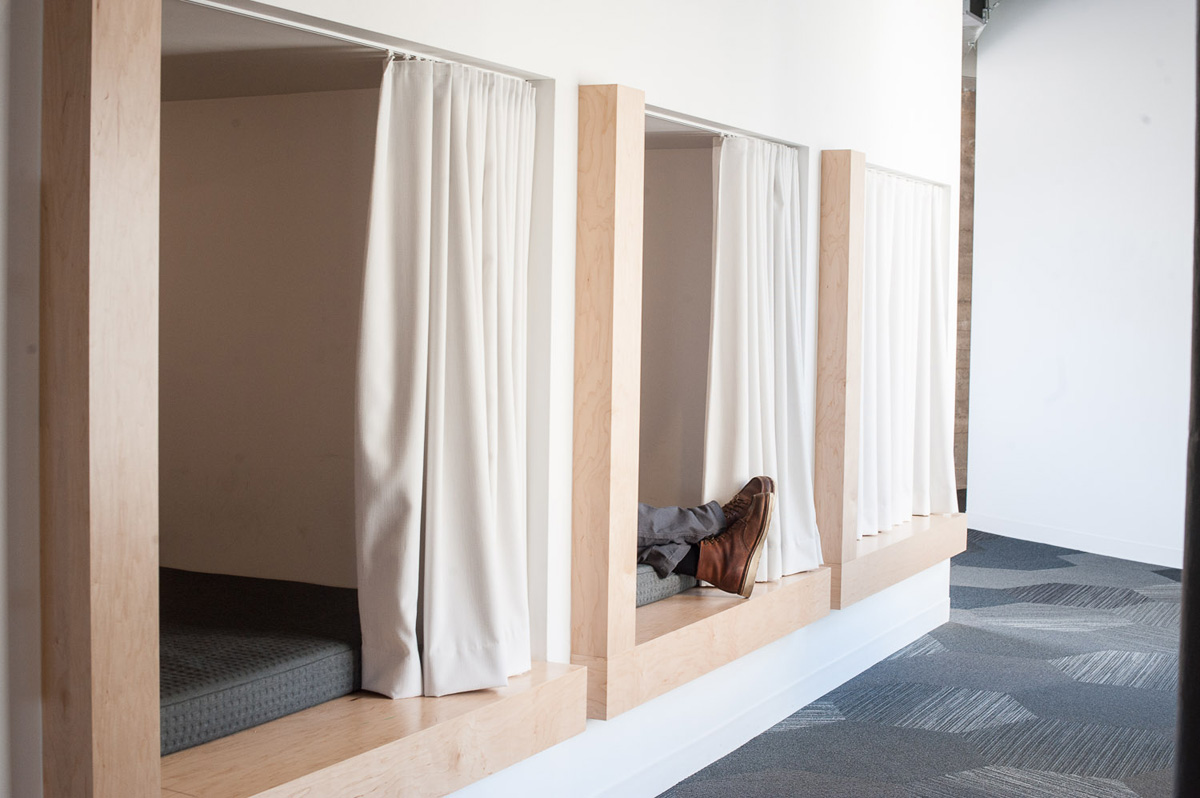 Dreams at Work
Nap pods are places for contemplation and relaxation, giving employees a place to escape from stress, and to rejuvenate.

Steelcase Airtouch desks accommodate standing or sitting, but the team also considered the fact that many people work in different situations away from their desks throughout the day. To accommodate for unplanned organic breakout conversations, there are floating translucent meeting pods in several large open areas. Window seats encourage reflective work; nap pods and meditation spaces allow for rejuvenation; and numerous spaces are designed for teamwork. Keeping in mind the company’s mission, the eight conference rooms are named after companies that produced iconic typewriters. “I wanted to make sure to create many spaces where people can go and really think, dream, write, and create,” says Morishige Williams. “I utilized spaces that are typically seen as ‘wasted space’ and made them into nooks, nap pods, and window seats.”

The Medium office is a place of restraint and quiet, but—much like Medium itself—it doesn’t lack whimsy or creative spark. Water drop decals decorate a drinking fountain alcove, and artwork fills the space. The final result is a place for creativity, immersion, and connection, all dedicated to Medium’s storytelling platform.