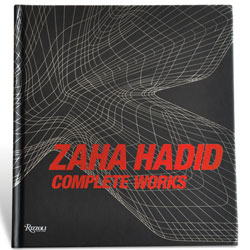 The first thing to note about Philip Jodidio’s book Zaha Hadid: Complete Works, 1979-2009 is its size. In glossy, twelve-by-sixteen-inch leafs, Jodidio covers Hadid’s entire body of work, beginning with her early student projects, continuing through built and in-process buildings, and ending, after a frenetic 600 pages, with a section he calls “products, exhibitions, installations.” The effort is impressive, comprehensive, and a little bit overwhelming, filled with overblown statements about the architect’s merits (“Zaha Hadid has set architecture free, and it will never be the same again”) and loaded, somewhat more convincingly, with graphic evidence, including some models and plenty of drawings.

A spread from the Taschen monograph, with a photo of Hadid’s Phaeno Science Center, in Germany. (Click to view a larger version.) Photo: © Werner Huthmacher/courtesy Taschen

The vast majority of Jodidio’s images, however, are photographs–in color and black and white, shot from exaggerated angles and theatrically lit. And yet often the most interesting images in the book are not the slickly dramatic ones but those that place the buildings in their physical setting: guileless photos, taken from a distance and in mild afternoon light. In most cases, these types of shots would reveal a building’s ordinariness. Here, the same photos actually do the opposite; Hadid’s work is so radical in its own right that added theatricality just isn’t necessary, and placing her architecture in context simply emphasizes its complicated, intimate relationship to local natural and built topographies. This complexity is characteristic not only of the buildings themselves, but also of Hadid’s breathtaking sketches, drawings, and early paintings, which often layer information in fragments and willfully distorted perspective. Even the architect’s computer-drawn plans and sections, the architectural equivalent of vanilla, can be confusing.

Which is just to say that Hadid, and Jodidio, make you work to understand her designs. The images, both drawings and photos, are usually difficult to decipher. But, especially in the places where concept drawings are juxtaposed with images of the completed building, the basic logic of the designs–beyond the spectacle of their sleek forms–begins to reveals itself. It’s unfortunate that in later projects, presumably as the firm expanded and Hadid assumed a less direct role in shaping each building, those hand-crafted sketches begin to disappear in favor of smoothly rendered, but far less expressive, computer models.

That isn’t really a problem with the book so much as it is a feature of Hadid’s growing fame. And, naturally, Rizolli’s new monograph, similarly titled Zaha Hadid: Complete Works, suffers from some of the same problems as Jodidio’s, namely a disappointing shortage of models and drawings from later projects, and the need to cover the entire oeuvre of such a prolific builder. To their credit, the people at Rizzoli have eliminated some of the redundancy of Jodidio’s monograph, managing to condense their own version into a comparatively slim 256 pages. Unfortunately, each page in Zaha Hadid is also about half the size of its counterpart, which means that, in an effort to fit so many projects in so relatively few pages, some of the images get shrunk (a handful of drawings become almost illegible) while others simply lose their brilliance. There are other issues with the book’s layout, including a tendency to crowd multiple projects onto a single page, and some confusion about which images belong to which design. Especially for a monograph, these are serious problems. 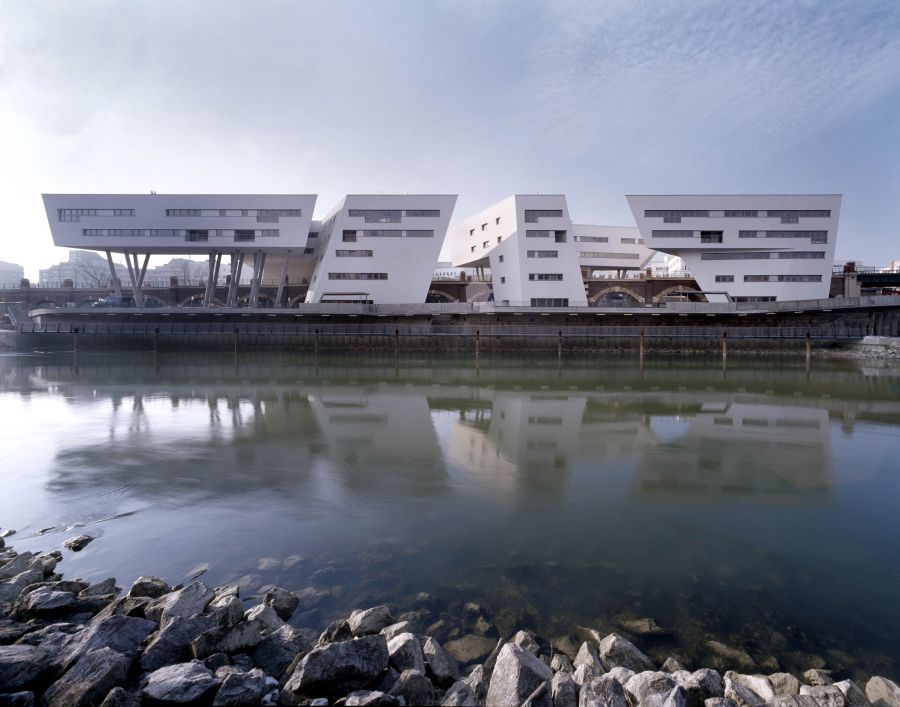 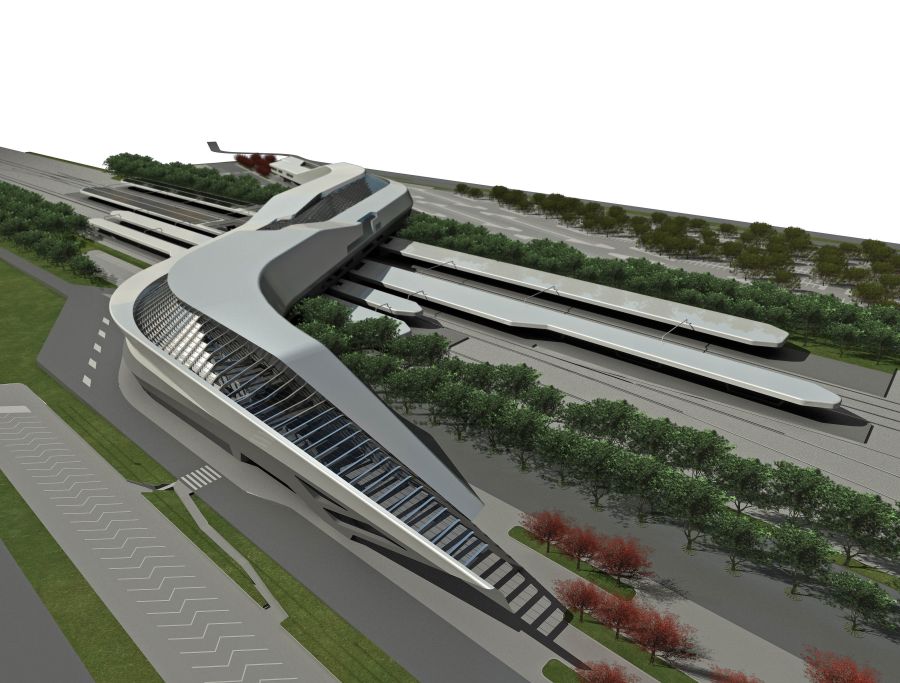 From Rizzoli’s monograph: a photo of the Spittelau Viaducts, in Vienna (top), and a rendering of Hadid’s design for a high-speed train station in Naples. Photo: © Margherita Spiluttini/courtesy Rizzoli; rendering: Edward Woodman/courtesy Rizzoli

Whereas Jodidio relies mostly on images to explain Hadid’s work, in Zaha Hadid: Complete Works the editors have chosen to solicit direct descriptions from the architect herself, which, in a way, feels more honest. The same could be said for the book’s introduction–written by Aaron Betsky, the director of the Cincinnati Art Museum and an architect himself–which, in clear and unpretentious language, outlines Hadid’s history and the growth of her practice. Rather than dwelling exclusively on the formal risks Hadid is known for (an approach that would make for a compelling but ultimately incomplete explication of her work) Betsky points to the relationship between the architect’s buildings and the landscape of their sites; of one particularly pivotal moment in Hadid’s career, Betsky writes “she found free spaces not in the fragments of a utopia, but in the exploration of what already exists.” That observation is typical of Betsky’s essay, which ably describes both the evolution of Hadid’s work and the self-imposed rules that characterize her architecture. It’s a pity the insight and clarity evident in the preface doesn’t carry through the rest of the book.

A spread from the Taschen monograph, with Hadid’s vision for Madrid, Spain. (Click the image to view a larger version.) Image: © ZHA/courtesy Taschen.