At the opening of New York City’s Second Avenue Subway, passengers were given updated copies of the beloved 1972 map by Massimo Vignelli. But, taboo though it may be to say, this attractive map is far from what New York needs.

After countless delays and at a cost of $4.45 billion, New York City’s Second Avenue Subway (the new Q extension) finally opened on December 31, 2016. At the opening, wide-eyed passengers were given updated copies of the 1972 map of the system, originally created by graphic designer Massimo Vignelli. The MTA’s decision to spend their dwindling budget on these vintage maps illustrates the love that design enthusiasts have for them. But, taboo though it may be for me to say to my fellow graphic designers, this attractive map is extremely hard to decipher. It’s an example of design for the sake of aesthetics rather than function.

In response, I’ve  designed a new New York City Subway map. Station-dominant rather than line-dominant, this map is intended to be clean and clear, and help any passenger easily plan a trip throughout the five boroughs.

But first, a little history to put everything in context. Originally, there were three separate New York City subway systems: the IND, the BMT and the IRT. By 1967 they were fully merged into one connected plan. In 1972 Unimark International’s Massimo Vignelli designed a sleek, updated version that was an instant hit with designers, architects and people in the arts. Unfortunately, this map turned out to be controversial: subway riders had trouble understanding how to use it. 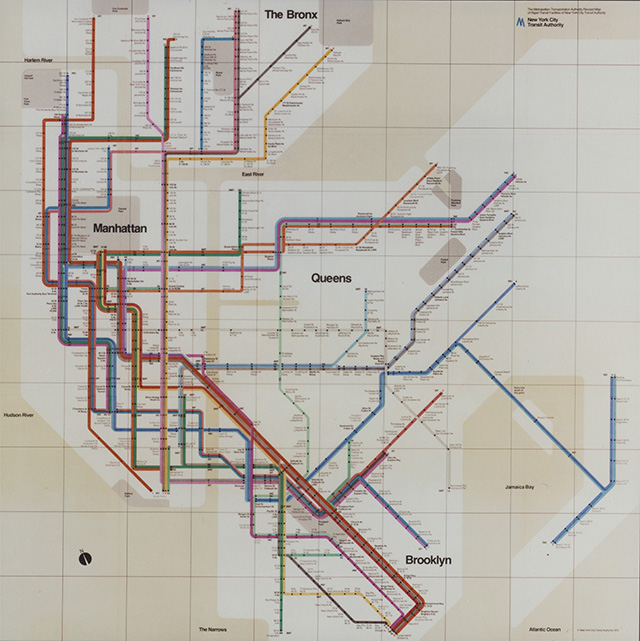 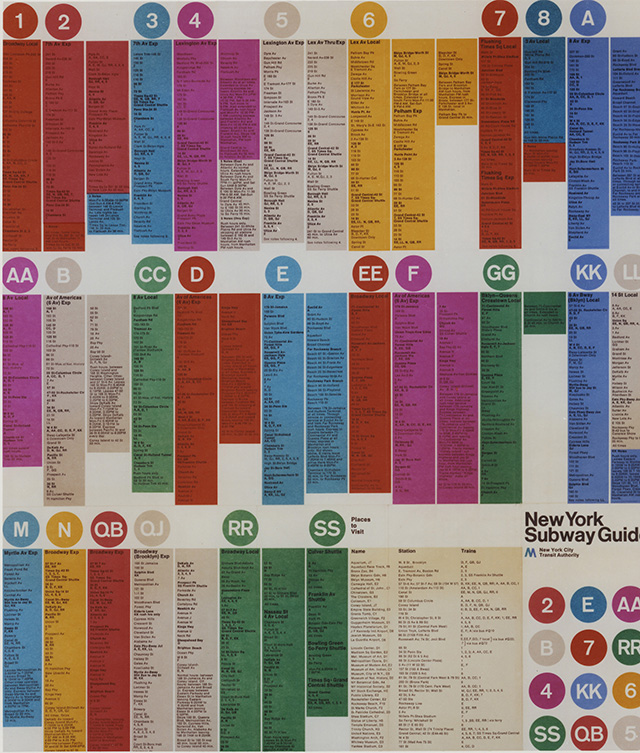 Front (above) and back (below) of the 1972 map of the New York City subway system designed by graphic designer Massimo Vignelli.

In 1979, the MTA went back to the drawing board and launched a new, geography-based map that still can be found in every subway car and station today. In an effort to continue to improve the map, my design goes back to Harry Beck’s well-known 1931 concept for the London Underground (aka the Tube). However, while the London Tube map features 45-degree angles, this new map uses 60-degree angles. Looking at the aspect ratio (width versus height), the latter choice makes the five boroughs fit inside the map in a more streamlined way. 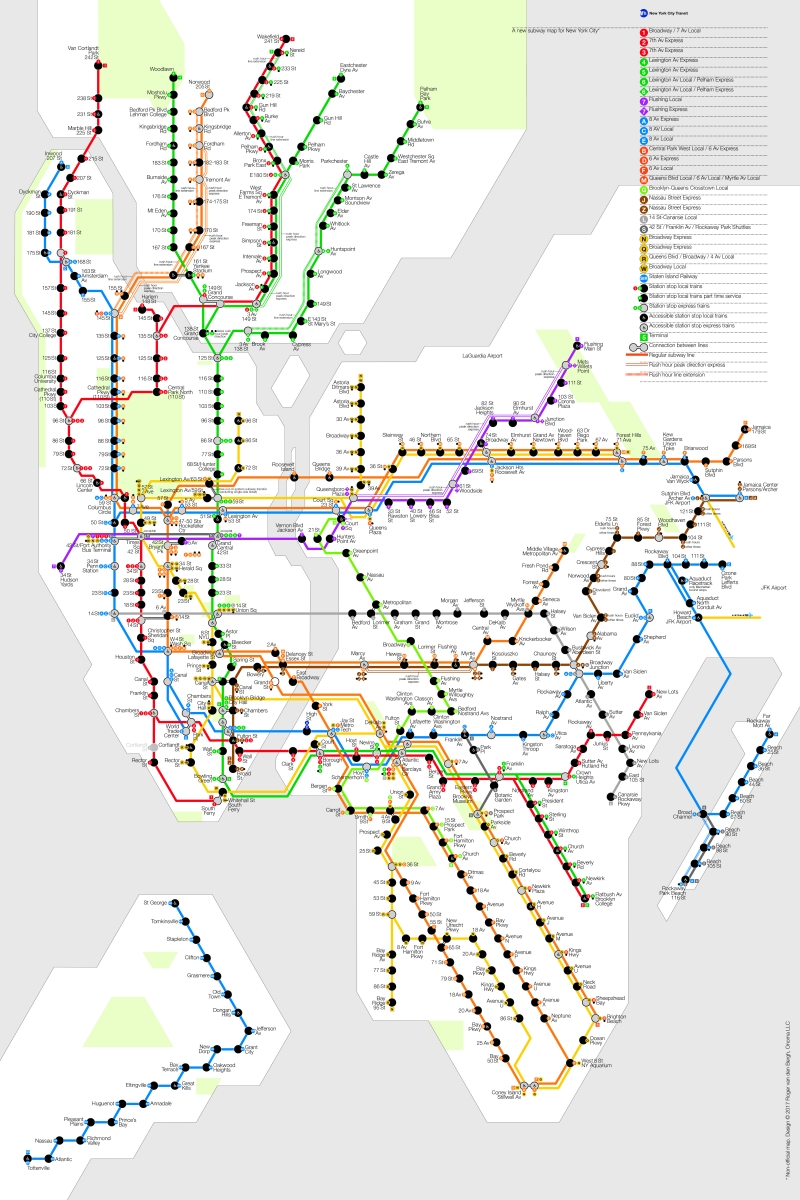 Most importantly, in this new station-dominant map you see the dots rather than the colored lines first. Each station—open circles for express stops, solid circles for local—clearly shows which subway lines are available to the passenger. Transfer stations are clearly highlighted, and services like wheelchair accessibility are also plainly identified at each station, making it much easier for people with disabilities to navigate the system. While the iconic subway line brands and their related colors remain, the station is the first and last touchpoint for anyone consulting this map, making it, in my opinion, the most straphanger-friendly yet.

Roger van den Bergh, the co-founder of Onoma, has lived in New York City since 1980. He translates strategies in comprehensive brand identity programs for companies in the US and abroad. 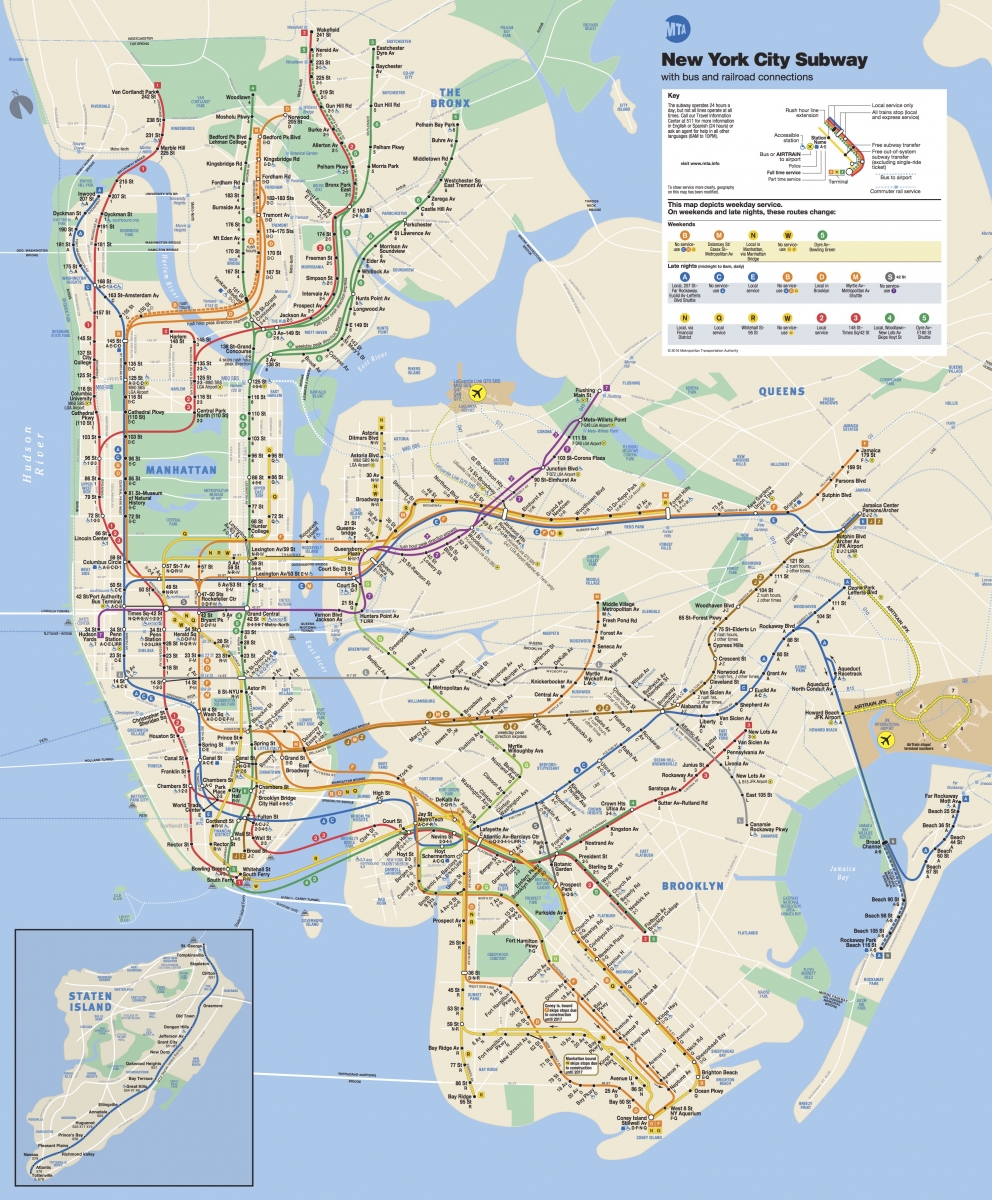 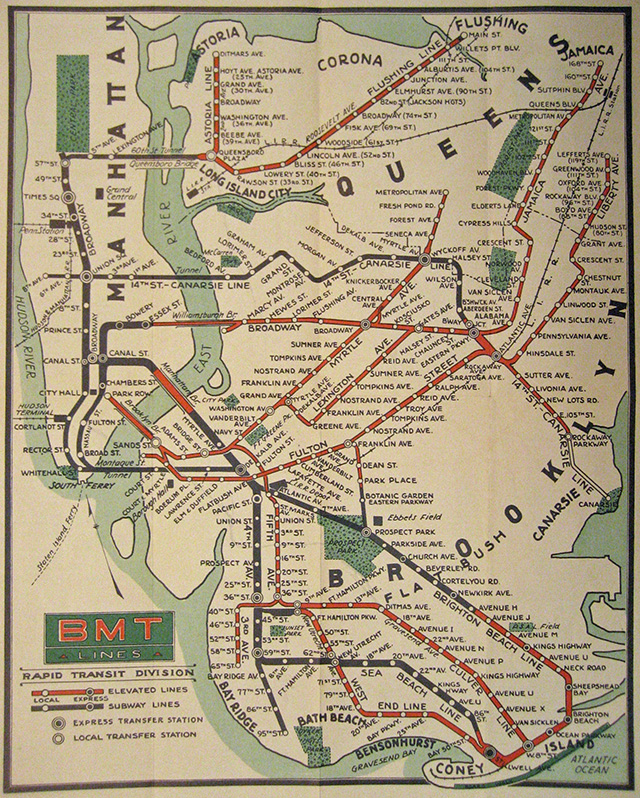 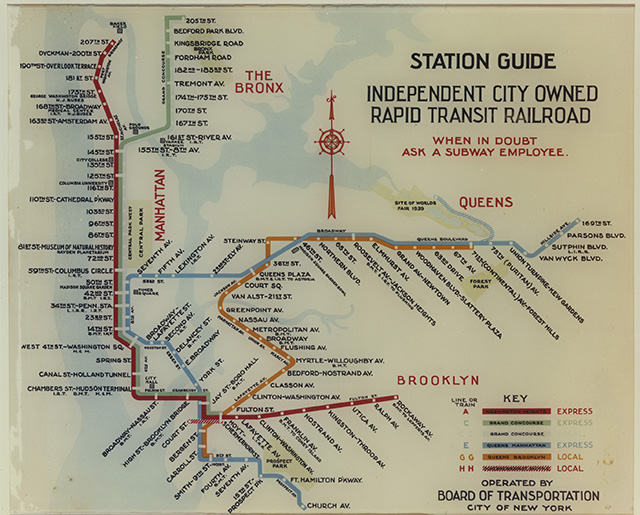