Despite their healthy representation in architecture schools, many women still end up leaving the building profession. That’s a loss of talent architecture can’t afford. 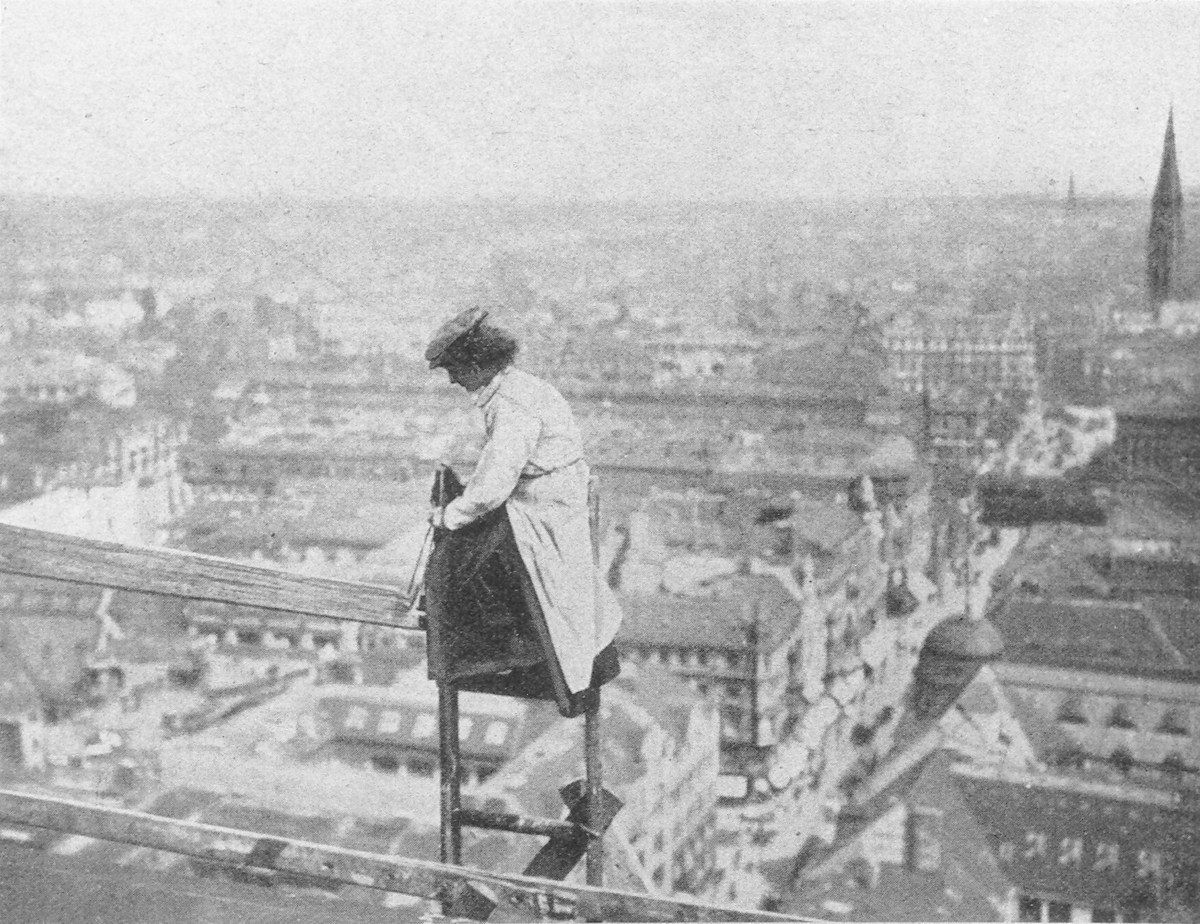 A woman builder making repairs to the roof of Berlin’s City Hall in 1910.

Women have been entering—and disappearing from—architecture’s professional ranks for a very long time. In the 1870s, when women began to earn architecture degrees, their champions worried about their survival in a hostile field. The newcomers were advised to avoid infringing on male turf by marketing themselves as domestic-design experts. In 1880, the Cincinnati Enquirer, in an article typical of its time, recommended that they use their skills to improve kitchens, cellars, servants’ rooms, and closets. This niche strategy continued to be promoted for a century, despite its failure to launch women architects into the profession.

With the rise of the women’s movement in the 1970s, legal and institutional reforms promised to level the professional playing field for both genders. After the passage of Title IX of the 1972 Education Amendments, which legally ended discrimination against women in federally funded education programs, women’s enrollment in architecture schools soared—from less than 6 percent of architecture students in 1972 to 40 percent by the end of the 1990s, and 44 percent nationwide today. But this picture of academic progress is, alas, not the whole story. Having successfully navigated architectural studies, women then leave the profession in staggering numbers—some soon after graduation, others later in their careers. In 2000, women represented 13 percent of registered architects; today, that number stands at 19 percent. If this rate of progress holds, we’ll have to wait until 2093 before we reach a 50-50 gender split.

The glacial pace of integration represents an enormous loss of talent and energy that the profession can ill afford. Yet national professional organizations such as the American Institute of Architects (AIA) and the Royal Institute of British Architects (RIBA) have yet to initiate the large-scale longitudinal studies needed to truly understand this phenomenon of attrition. Surveys on the status of women in architecture undertaken in recent years by Equity by Design (AIA San Francisco), Archiparlour (Australia), and Architects’ Journal (United Kingdom) point to common problems behind women’s high dropout rates, including salary gaps (women architects earn on average 20 percent less than their male peers), fewer opportunities for career advancement, a lack of mentoring and role models, and routine sexism in the workplace. Other demanding professions, such as medicine and law, are notably closer to reaching gender parity: Today, half of new doctors and lawyers are women. There are some encouraging signs that architecture may be moving in a similar direction. According to the National Council of Architectural Registration Boards’ 2015 annual report, the proportion of women completing internships and registration exams (steps toward licensure) has risen from roughly a quarter to over a third of the candidate pool in the past decade. Yet numbers alone won’t ensure retention if architecture’s gender-biased professional culture remains unchanged. Ten or 20 years from now, we may still be asking ourselves, “Where are the women architects?”

But something is happening in architecture that gives me tremendous hope. We are in the midst of a rising third wave of feminism in architecture, which follows the first wave that emerged at the end of the 19th century and the second wave that began in the early 1970s and continued into the 1990s. The current movement is not entirely distinct from the second one; many of the participants are the same, and their voices did not, in any case, disappear in the interim. What marks this, however, as a new and exciting development are the many young women (and men) who are joining in the call for change, as well as the international reach of their interventions. Third-wavers draw on today’s conditions and possibilities, including global marketing and new forms of technology and communication.

A few years ago, architect Kelly Hayes McAlonie and I partnered with Mattel on the design of Architect Barbie as a way to interest young girls in building. When the doll was launched in 2011, youngsters welcomed her into their worlds of imagination and play. Architects, staking their own claim to the toy, subjected her to a global studio critique: In blogs and online forums, practitioners from Jakarta to London debated whether Architect Barbie’s clothes were too feminine or her attitude was too perky for their profession. The sometimes heated exchanges delved into the real-world challenges facing women in architecture, revealing a desire for a broader conversation about gender. And while Barbie’s power as a cultural icon galvanized people into talking, it was the ability of online media to politically and socially engage a younger generation of designers that kept the discussion going for months.

That such engagement fosters change is evident in the awarding of the 2016 AIA Gold Medal to Robert Venturi and Denise Scott Brown as the first pair—and Scott Brown as the first living woman—to win in the prize’s 109-year history. The duo became eligible to compete after the organization revised its rules in 2013 to allow two people to be nominated. The change came just months after Arielle Assouline-Lichten and Caroline James, students at Harvard’s Graduate School of Design, launched a petition on Change.org to protest Scott Brown’s exclusion from the 1991 Pritzker Architecture Prize awarded to Venturi. Although the petition, which garnered thousands of signatures, failed to persuade the Pritzker’s Hyatt Foundation to retroactively recognize Scott Brown, the resulting social media storm brought pressure to bear more broadly on the profession’s elite gatekeepers.

Architecture’s new feminist activism is not just happening online. Real-world venues for discussing gender equality are proliferating, suggesting the need for a different kind of community—one that is physically present—to voice concerns and search for solutions. New advocacy groups for women in architecture, such as Equity by Design or ArchiteXX (New York City), are also flourishing. These developments recall the identity politics and collective actions of the 1970s. But unlike that earlier era, which pitted women against an almost uniformly hostile male establishment, a younger generation of male architects is today joining in the struggle for gender equity as its issue, too.

Feminist alliances are also becoming increasingly global, thanks to new technologies and communication networks. Archiparlour, a Melbourne-based website for sharing opinions and resources on gender equality in architecture that attracts users worldwide, celebrates meeting in the parlors of virtual space, just as women’s rights campaigners of the 19th century organized in the parlors of one another’s homes. But while their tools and reach may be new, third-wavers face problems in architecture that are old and entrenched. Indeed, Architects’ Journal’s 2015 “Women in Architecture” survey suggests inequities may be growing, with 76 percent of female respondents—the highest number to date—reporting that they had suffered discrimination in architectural practice. Such adversity may further swell the current wave of activism and the voices calling for gender equity. Perhaps then we’ll finally move beyond asking why women leave architecture to finding solutions that encourage them to stay.

Despina Stratigakos is associate professor and interim chair of the Department of Architecture at the University at Buffalo, State University of New York. Her book, Where Are the Women Architects?, will be published by Princeton University Press in April. 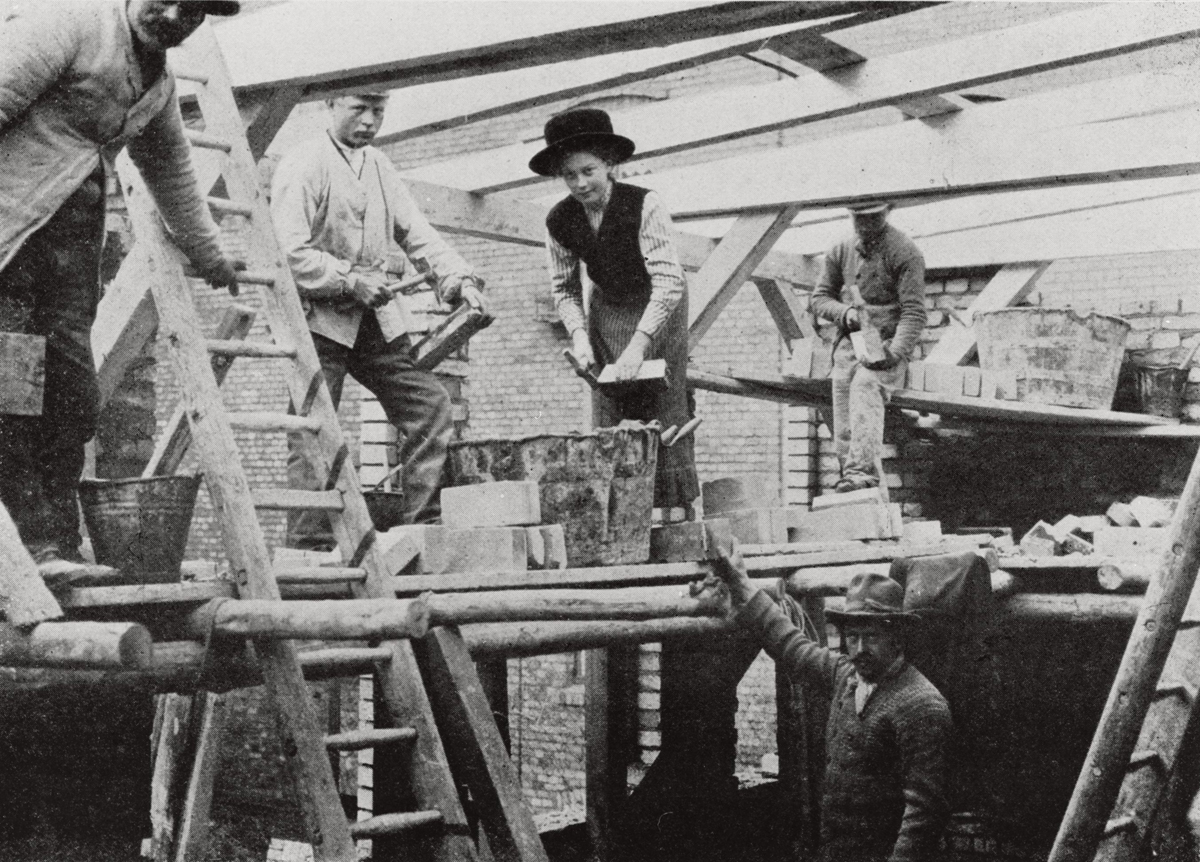 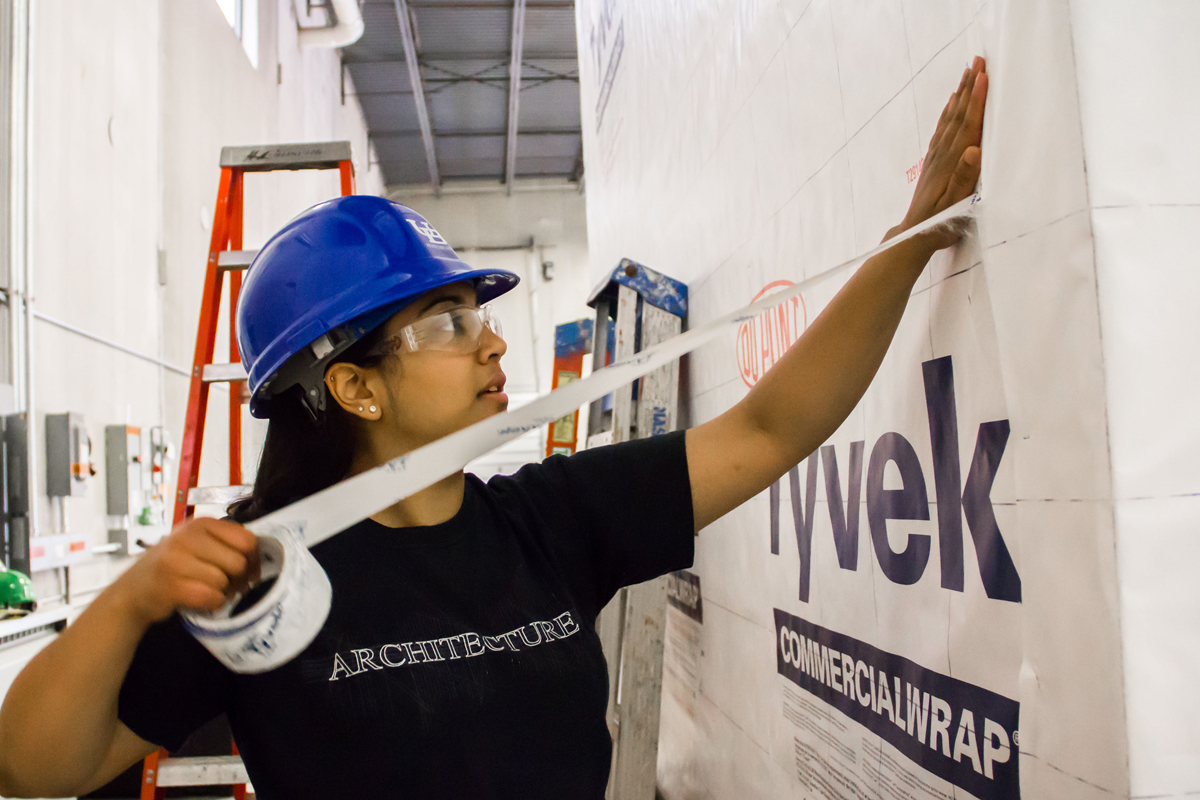 A University at Buffalo architecture student helps construct the GRoW Home, the school’s entry in the 2015 U.S. Department of Energy’s Solar Decathlon

Courtesy ©University at Buffalo School of Architecture and Planning 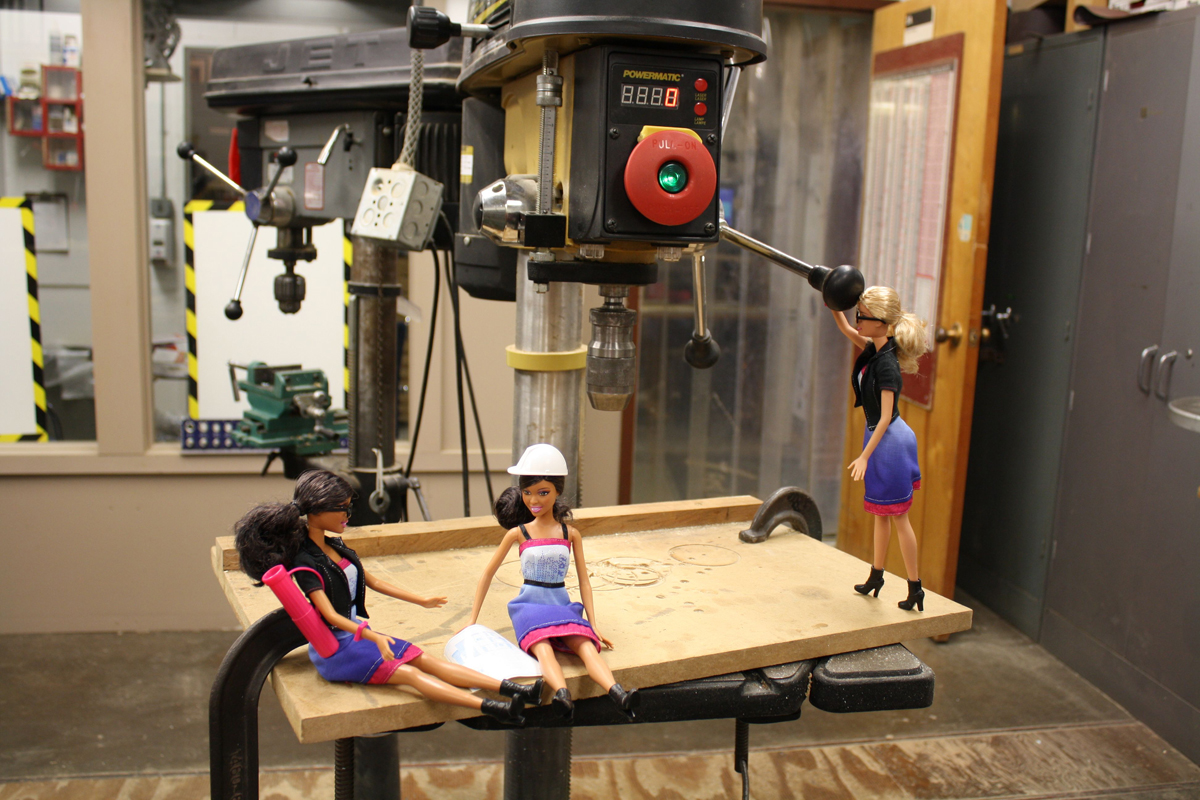 The Architect Barbie was developed by Stratigakos and architect Kelly Hayes McAlonie as a way to interest young girls in building.