“Increasingly we experience cities mediated by digital technology — whether that’s via smartphone maps, digital transit signage, or texting a friend that you’ve arrived at a destination. How our city is built to support residents, businesses, and visitors […] is now part physical and part digital.”

John Tolva, the chief technology officer for the City of Chicago, is on a mission: a mission to bring the physical and digital worlds into conversation.

To embed more and more digital information into the physical world, a growing number of digital specialists are beginning to embrace the worlds of architects, planners and urbanists. But, so far, it has not been a two way street to make the digital leap. 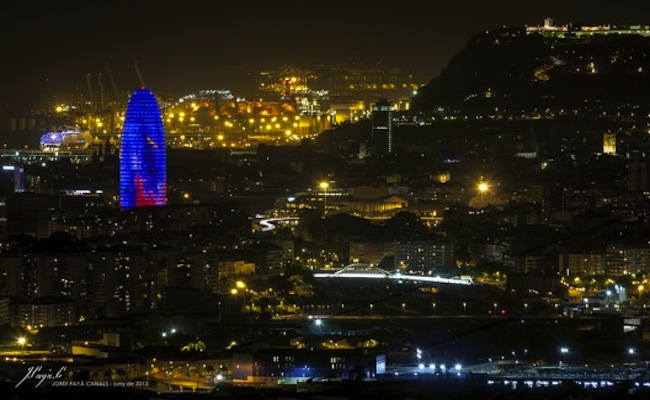 Barcelona is currently leading the way in bringing technology to the streets.

Though Tolva has compared Facebook with suburbia (“a gated network of affinity that disallows chance encounters”), and Twitter with an urban street (“all about non-reciprocal engagement and diversity”), claiming that these online ‘spaces’ could learn from urbanism, he is far more concerned with the overlap between physical and digital placemaking, citing apps like Foursquare which encourage “place-based serendipity.”

The best way to develop this kind of serendipity is not necessarily through apps and personal devices, however, but through the “layering of technology into the environment.” This will ensure that new technologies have the broadest impact possible and will not just be limited to people who go out of their way to use them.

But who should be overseeing this integration, suggesting how the digital can be overlaid on to the spatial? Tolva sees this as the responsibility of urban designers:

“I do think there is a role for this kind of training in architecture and urban planning schools. We need to move away from thinking of technology solely as a tool to make the built world. It is a material now and should be designed and shaped the way we do walls and streets.

“This is a plea – and I make it frequently – for a discipline that doesn’t really exist yet, a merger of urban design and urban planning with urban informatics, with networked public space. […] What we need is a symbiotic design process for the two which foregrounds the social. That’s the crossover point and what makes cities vital in the first place.”

The issue is inevitably linked to Smart Cities and the ‘Internet of Things’ – and, as with Smart Cities, while architects languish behind, the technology sector has forged ahead. Take Contiki, a low-energy operating system that installs a basic Internet connection into incredibly small objects – from remote-controlled light bulbs to badger tracking devices.

Contiki has already seen one application in an urban context: tech company Zolertia has created a noise monitoring system which has been installed around Barcelona to provide real-time maps of noise pollution in the Spanish city. This was enabled as a part of Barcelona Urban Lab, a scheme to road test innovative projects that “address an unmet municipal need.” In fact, Barcelona’s urban technology experiment has been so successful that the city is top of John Tolva’s list of cities to emulate.

Why is it, then, that if you ask an architect what is special about Barcelona, their answer will either concern an architect who died 87 years ago (Antoni Gaudí) or the urban renewal that accompanied a decades-old Olympics game? They will probably be completely unaware of its world-leading experiments with place-based technology. With the greatest respect to Gaudí, this reveals architecture as a dangerously backward-facing profession; in an era when architects are struggling to communicate their value to the rest of society, the only way to survive is to look to the future – perhaps urban technology is a way for architects to become relevant again.

In an article for Next City, Molly Turner reveals the way in which planners and technologists can help each other:

“Tech innovators like to work on a tabula rasa, void of constraints, preconceived obstacles or even the benefit of institutional knowledge. And while sometimes that leads to genius strokes of ingenuity, other times it means unknowingly repeating mistakes of our urbanist past, such as becoming overly reliant on the wisdom of the crowd or failing to account for important social or cultural divides.”

Similarly, John Maeda in Bettery Magazine explains what it means to be a designer working with technology:

“Your experience in your city, in your home or your car or your office, is often a result of some technology that has become an innate part of daily urban life… but it is made special and unique by design. Design adds the emotional component, humanizing the technology in our environments.” 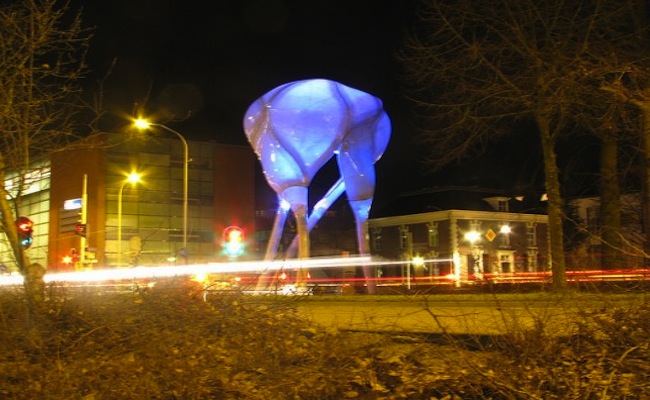 Striking a balance between this tabula rasa thinking and the institutional knowledge and humanity to support it would be the Holy Grail for digital planning. And after all, it’s not as if architecture and IT have never crossed paths before: in the Dutch town of Doetinchem, as far back as 2003, architects NOX collaborated with artist Q.S. Serafijn and technology experts V2_Lab to produce the D-Tower. This bizarrely shaped epoxy tower was linked to an online questionnaire. Every day, residents of Doetinchem were able to answer a series of questions to determine their mood that day, and in the evening the tower would light up, revealing the dominant mood in the town: blue for happiness, red for love, green for hate, and yellow for fear.

Ten years on, you get the feeling that the same project today would be much more integrated into online culture, likely analyzing the mood of twitter users. The technology for such a project is in place; the challenge now is to utilize this type of thinking to produce something that is more than a curiosity or a gimmick, but could actually communicate useful information to citizens.

When architects have learned to use technology more as a material and not just as a tool, John Tolva believes that our experience of the city will be greatly improved:

“Done smartly, design for a networked urbanism will make the city better along axes that already exist: convenience, safety, sustainability, and of course as a social network.”

But perhaps just as importantly, it could also be a way for architects to ensure their own future.