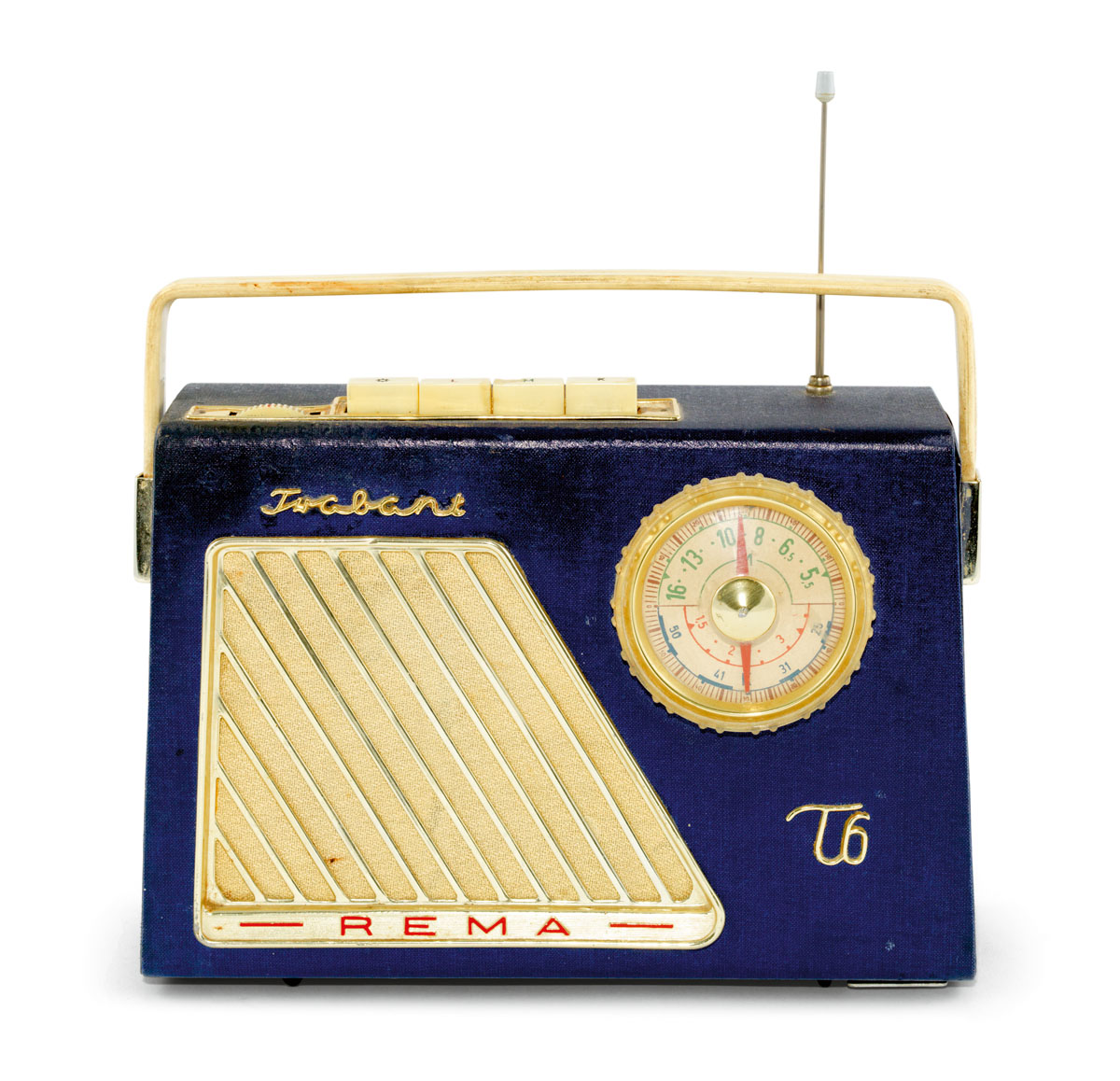 Communist East Germany developed a vibrant design culture of its own, with products like this Rema Trabant T6 radio from 1964–1965. The Wende Museum in Los Angeles has the largest collection of such objects in the country.

History is a tale constantly revised depending on the circumstances of its telling. And no modern tales are as fraught with multiple meanings as those of the Cold War era, which spanned more than four decades from the end of World War II in 1945 to the fall of socialist regimes in Europe from 1989 to 1991.

In an ambitious effort to illuminate this period’s multifaceted nature, Taschen Books published Beyond the Wall: Art and Artifacts from the GDR, a 904-page volume that offers readers over 2,500 objects from the Los Angeles–based Wende Museum’s more than 100,000-piece collection of items from the Eastern Bloc—the largest in the country. Since the museum was founded in 2002, it has become a repository for remnants of a fast-disappearing culture, repudiated by the former Soviet state that’s uncomfortable with its history. 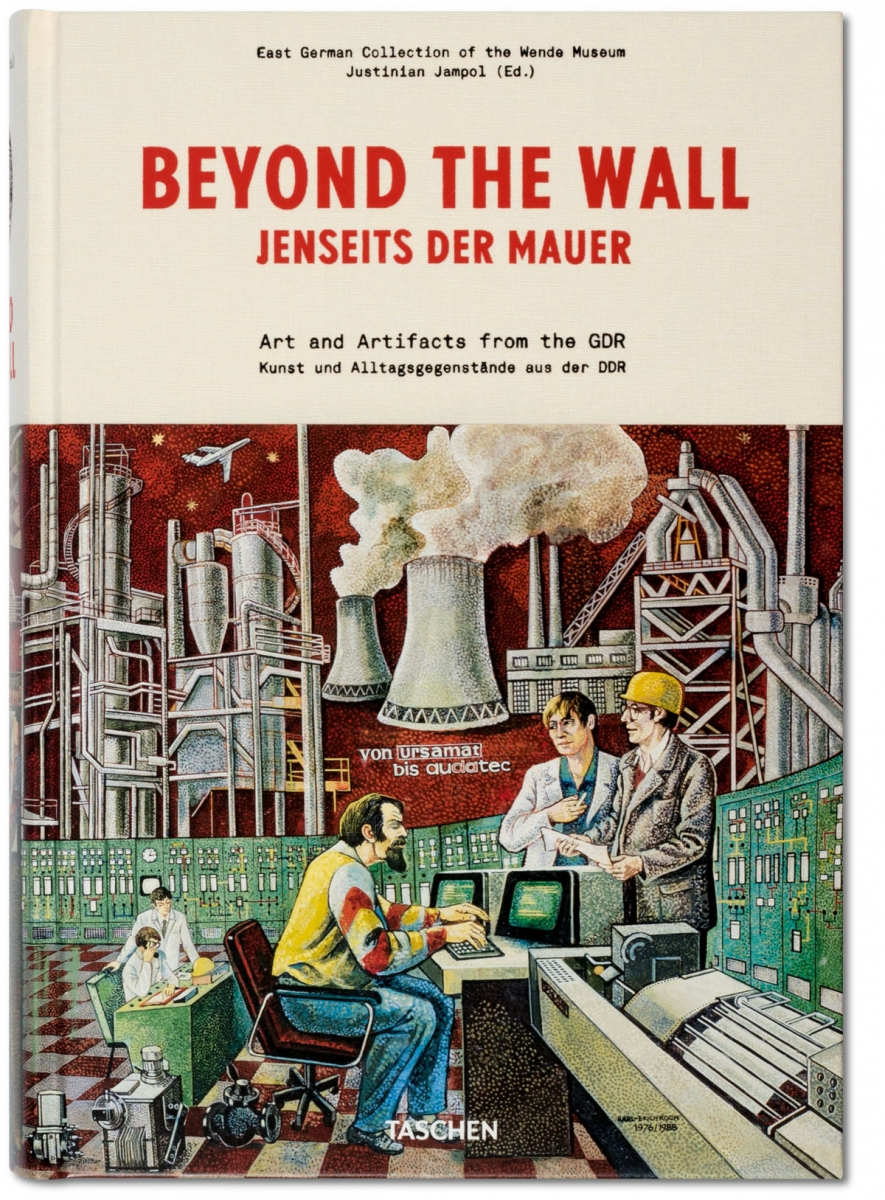 The book is a labor of love by Benedikt Taschen and Justinian Jampol, and was designed by Benjamin Wolbergs.

It’s the only book of its kind because it shows the full spectrum of material culture from this era,” says Justinian Jampol, the book’s editor and founder of the Wende Museum. “It was a hard book to make because I knew there wasn’t going to be a single narrative.” Unlike other scholarly works, the tome—curated by publisher Benedikt Taschen—puts everyday items alongside official objects, fleshing out a three-dimensional portrait of East German life. In the book, as in the museum’s collection, a Sandman children’s toy is as important as Stasi handbooks; paper bags with shopping slogans as relevant as bright red parade banners used for ostentatious ceremonies; and home video stills of birthdays and vacations as significant as hand stamps used at border crossings. By the last page, readers find their eyes open to a more complex appreciation of a contentious era that still resonates with us today. 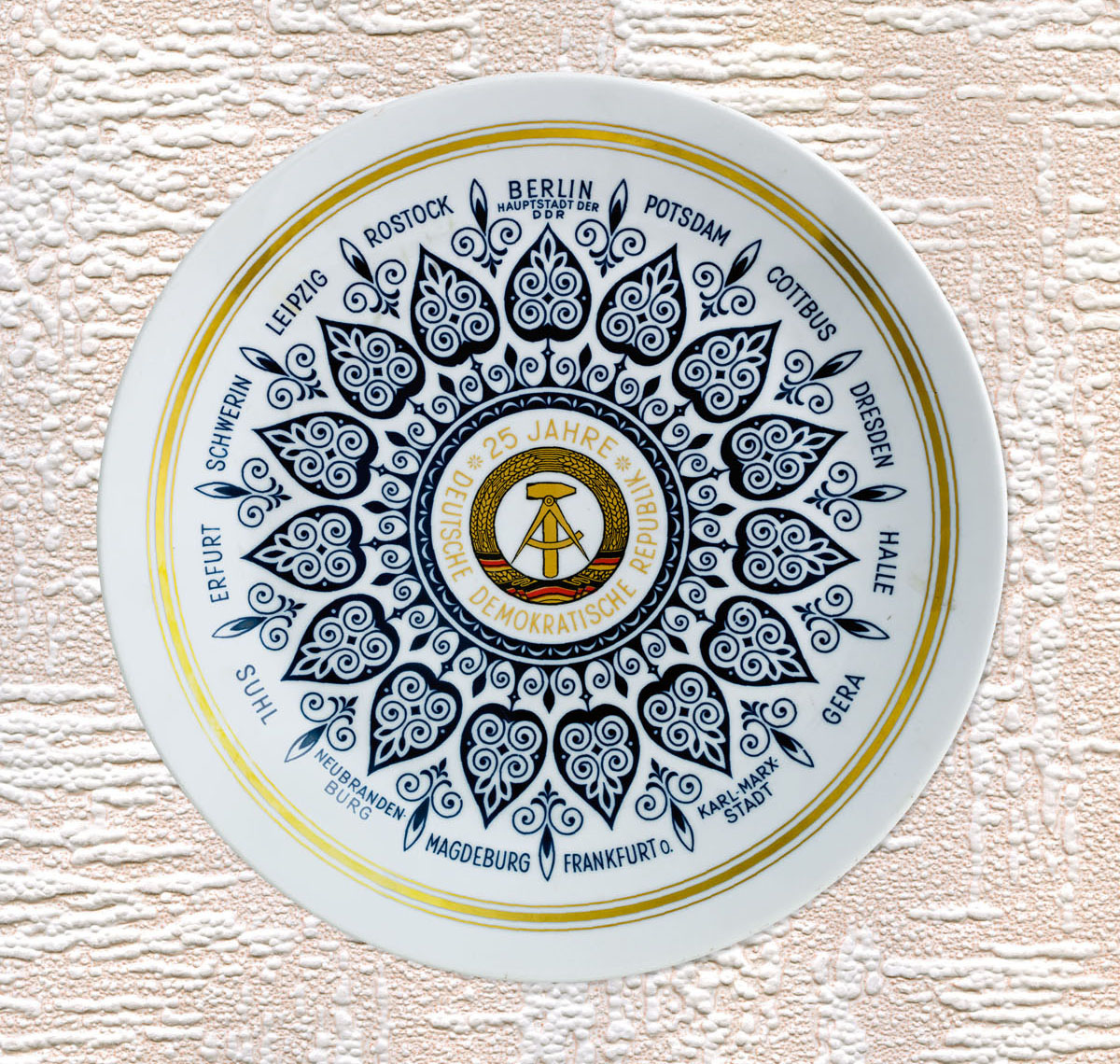 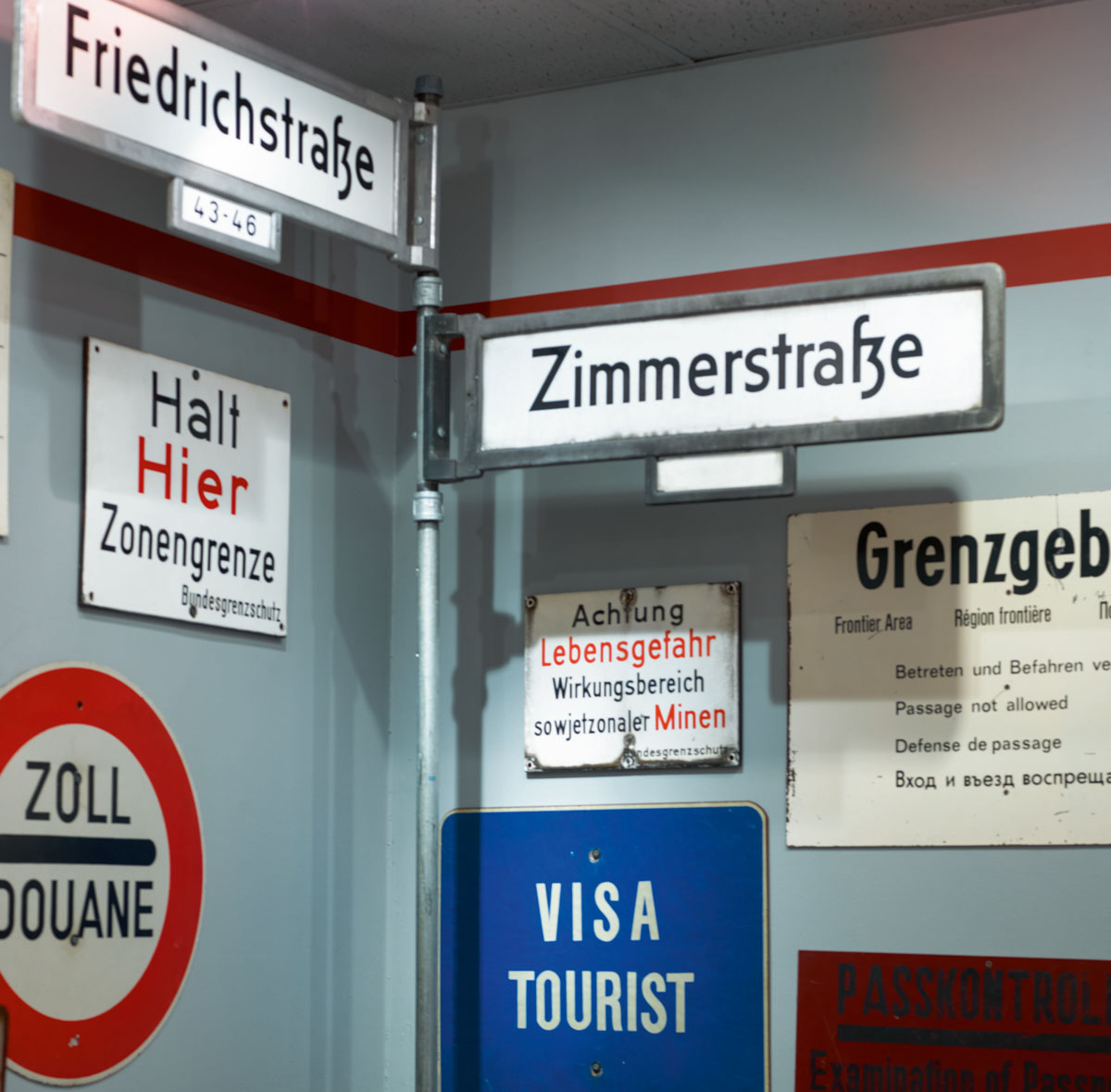 Street signs and artifacts from the Checkpoint Charlie border crossing 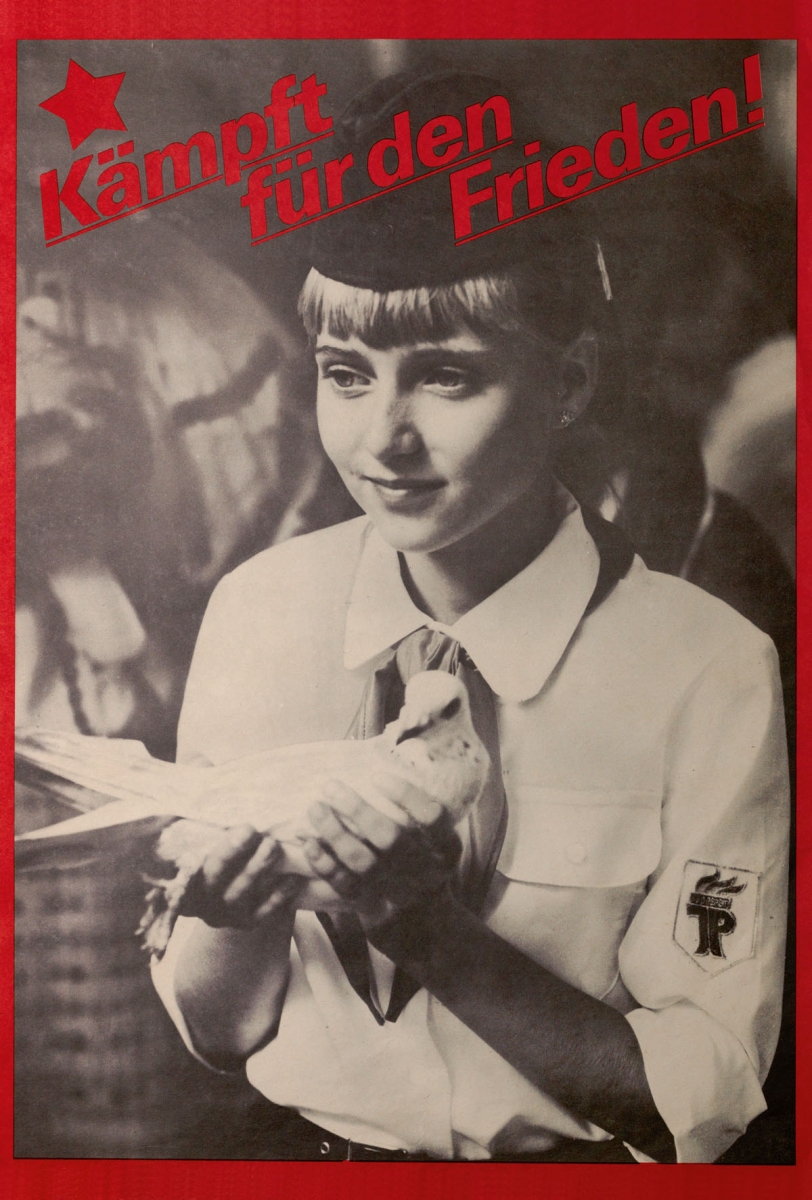 A poster that reads “Fight for Peace,” of unknown provenance 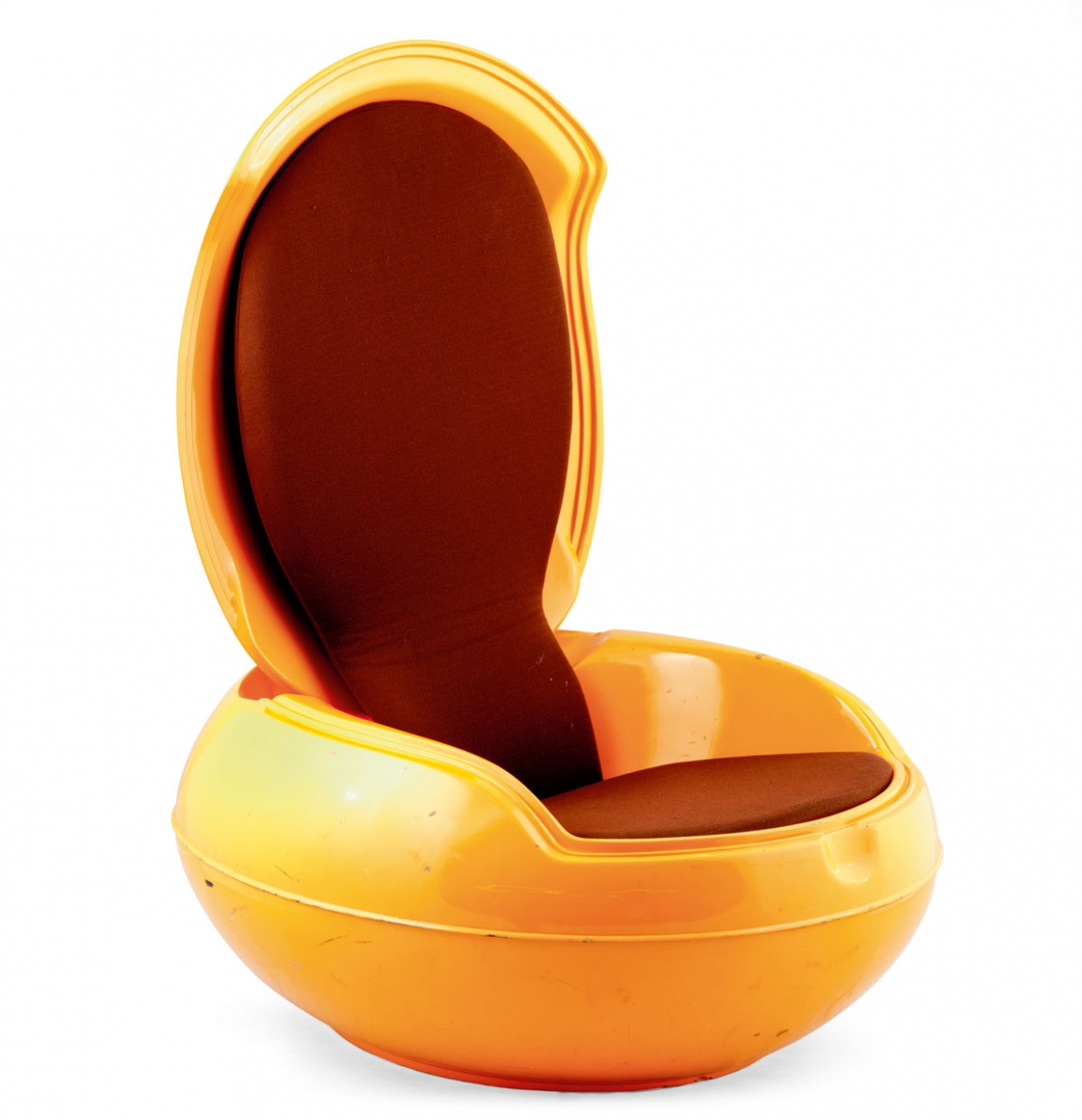 Designed by Hungarian-born Peter Ghyczy and manufactured by VEB Synthesewerk-Schwarzheide, the Garden Egg Chair (1968) was made from synthetic materials like polyurethane. The back could be folded down, resulting in a closed scalloped shape. 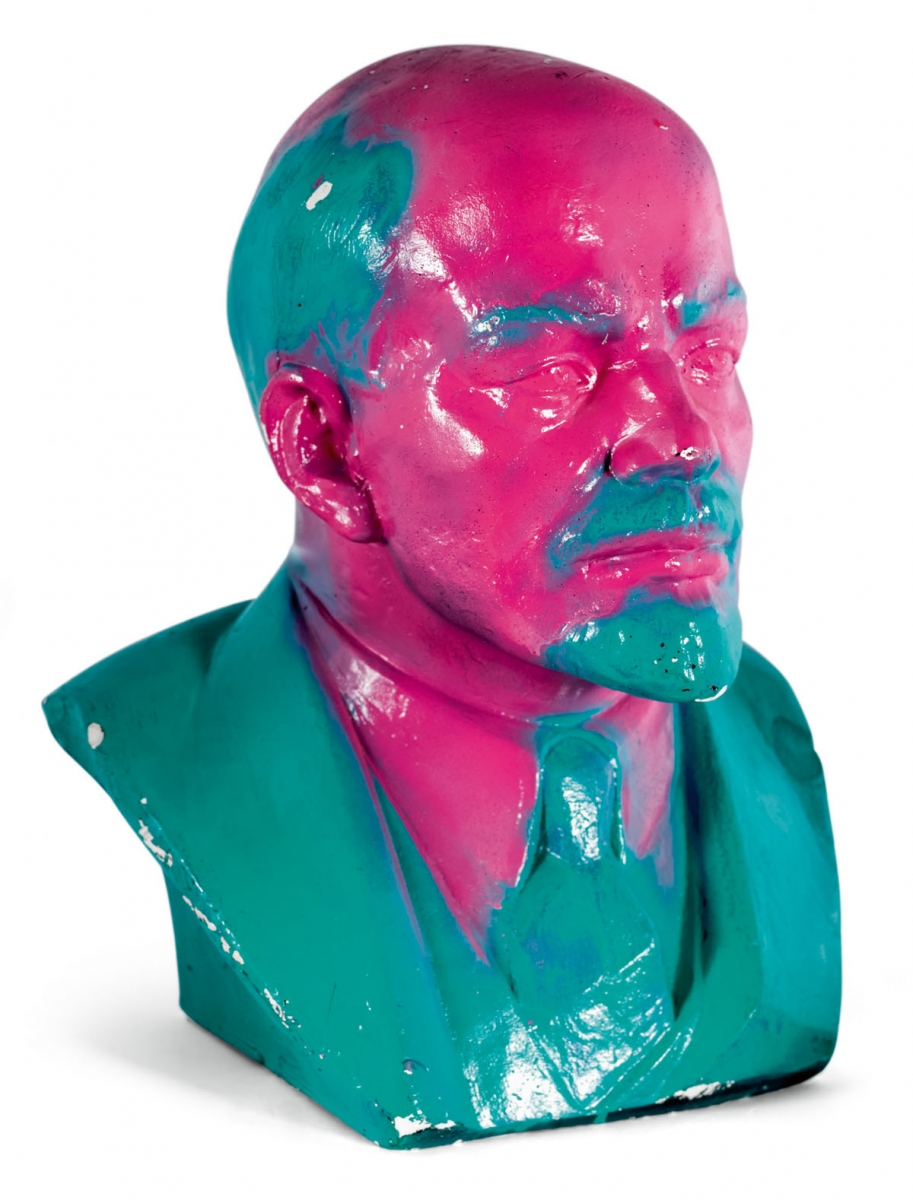 This defaced bust of Lenin, dubbed the “Pink Lenin,” was the work of the Leipzig Monday demonstrators in Fall 1989.