In Contemporary Architecture, the Section Is the Generator

The founding partners of LTL Architects explain the utility of section drawings and their influence on 21st-century architecture. 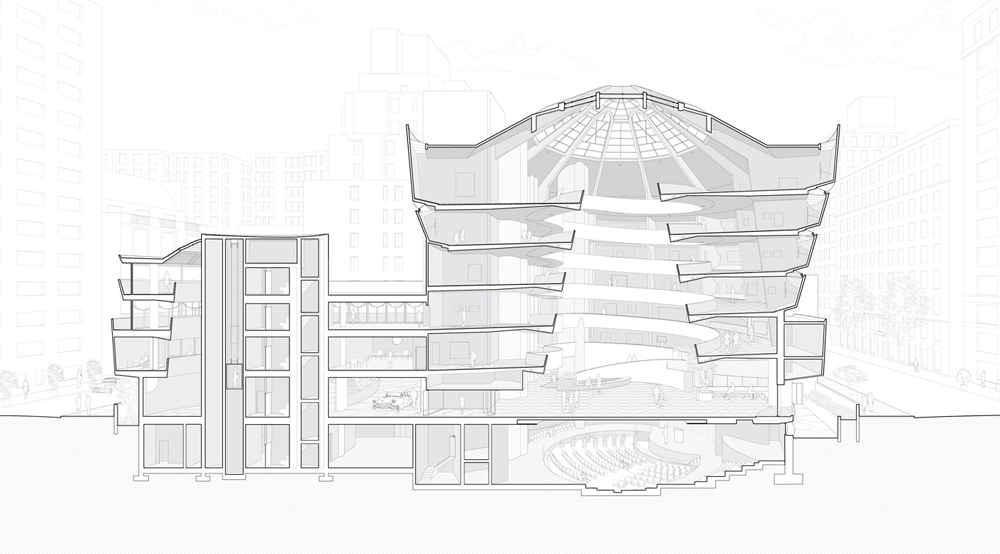 What is a section? In reference to architectural drawing, the term section typically describes a cut through the body of a building, perpendicular to the horizon line. A section drawing is one that shows a vertical cut transecting, typically along a primary axis, an object or building. The section reveals simultaneously its interior and exterior profiles, the interior space, and the material, membrane, or wall that separates interior from exterior, providing a view of the object that is not usually seen. This representational technique takes various forms and graphic conceits, each developed to illustrate different forms of architectural knowledge, from building sections that use solid fill or poche to emphasize the profile of the form, to construction details that depict materials through lines and graphic conventions. In an orthographic section the interior is also described through interior elevations of the primary architectural surfaces, while the combination of a section with a perspective describes in depth the interior as a space, using the techniques of perspectival projection.

Because the section begins with the visualization of that which will not be directly seen, it remains abstracted from the dominant way of understanding architecture through photographs and renderings. Sections provide a unique form of knowledge, one that by necessity shifts the emphasis from image to performance, from surface to the intersection of structure and materiality that comprises the tectonic logic of architecture. At the same time, section demonstrates the exchange among multiple aspects of embodied experience and architectural space, making explicit the intersection of scale and proportion, sight and view, touch and reach that is rendered visible in the vertical dimension (as opposed to from top down). In a section, the interior elevations of walls and surfaces are revealed, combining—for examination and exploration—structure and ornament, envelope and interior.

Plans and sections are similar representational conventions  and offer an important point of comparison. Both depict a relationship that is not directly perceivable by the human eye, between  a building’s mass and the space. Both describe cuts—the one horizontal, the other vertical. The horizontal division of a plan cuts primarily through walls, not floors. Sections, on the other hand, are capable of showing cuts through both walls and floors and organize space in alignment with the size and scale of the standing human figure. Plans are typically argued to be the locus of design agency, with sections understood as a means to manifest the effects of the plan through structure and enclosure. In comparison to plan types, which are distinguished by their spatial consequences, section types are usually identified by the scale of their cut: site sections, building sections, wall sections, detail sections. Wall and detail sections foreground technical concerns, using graphic conventions of line, hatch, and tone, and depict material systems and tectonics. Site sections emphasize a built form’s massing and its relationship with its environment and decrease the role of internal space. But it is in the building section that a number of crucial issues are at play, including the formal, social, organizational, political, spatial, structural, thermal, and technical. 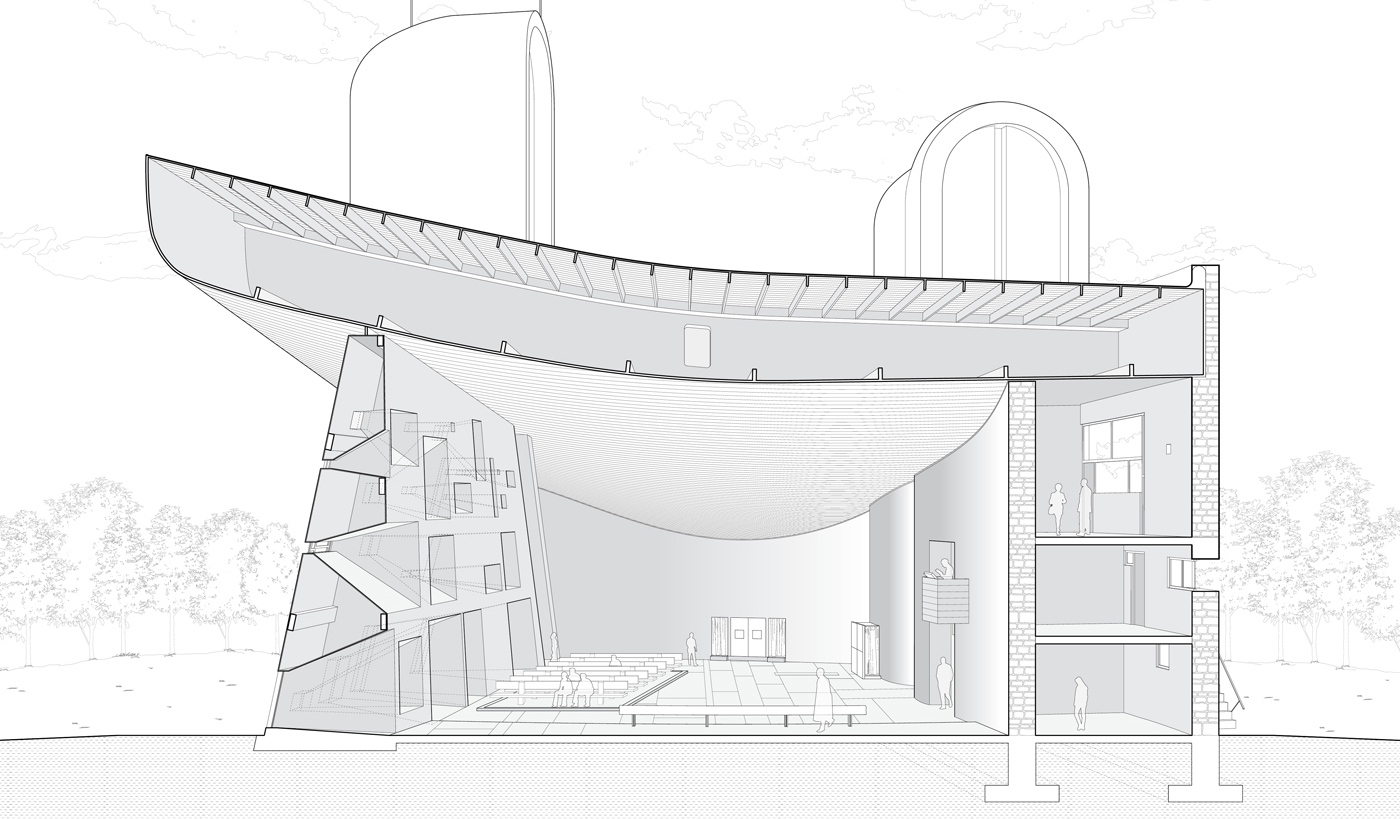 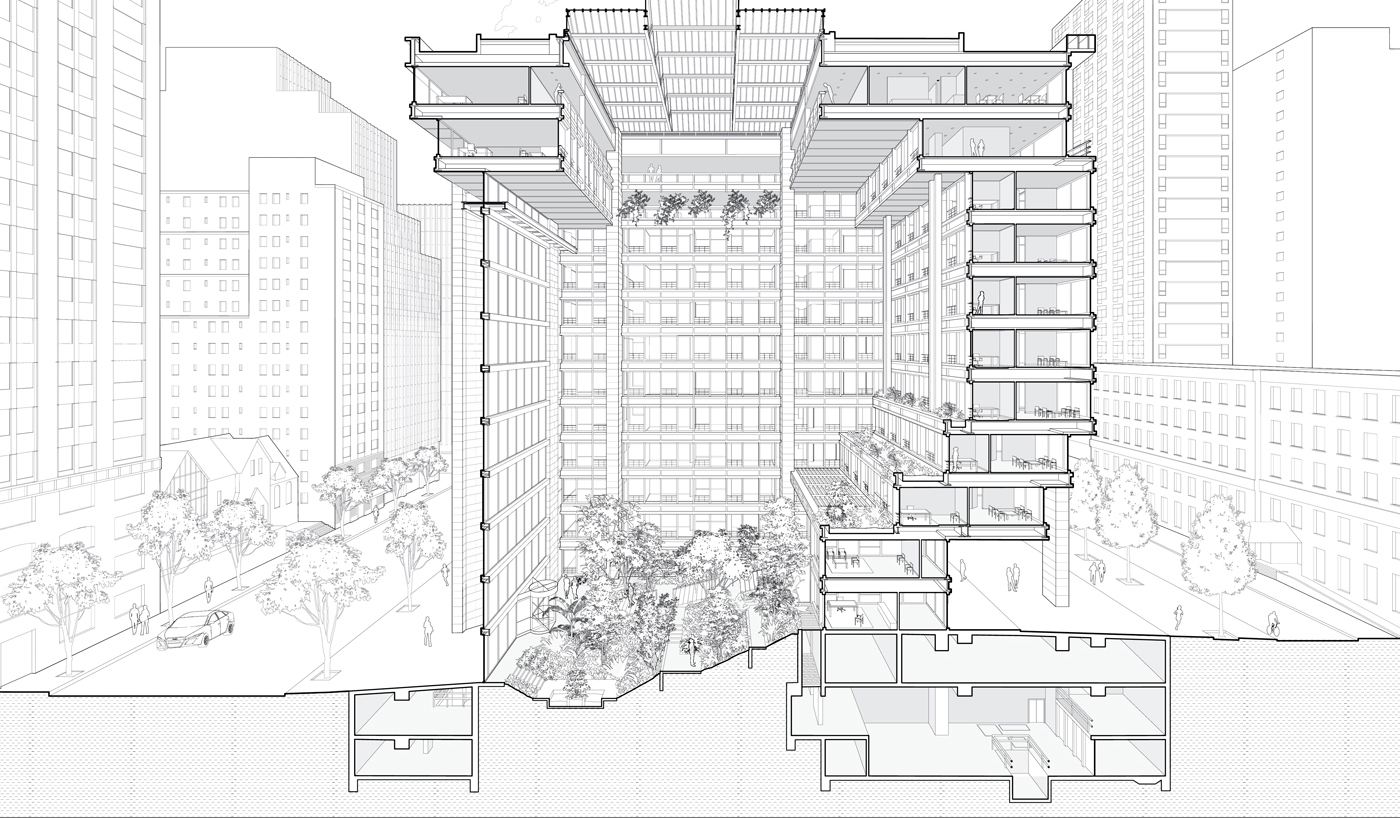 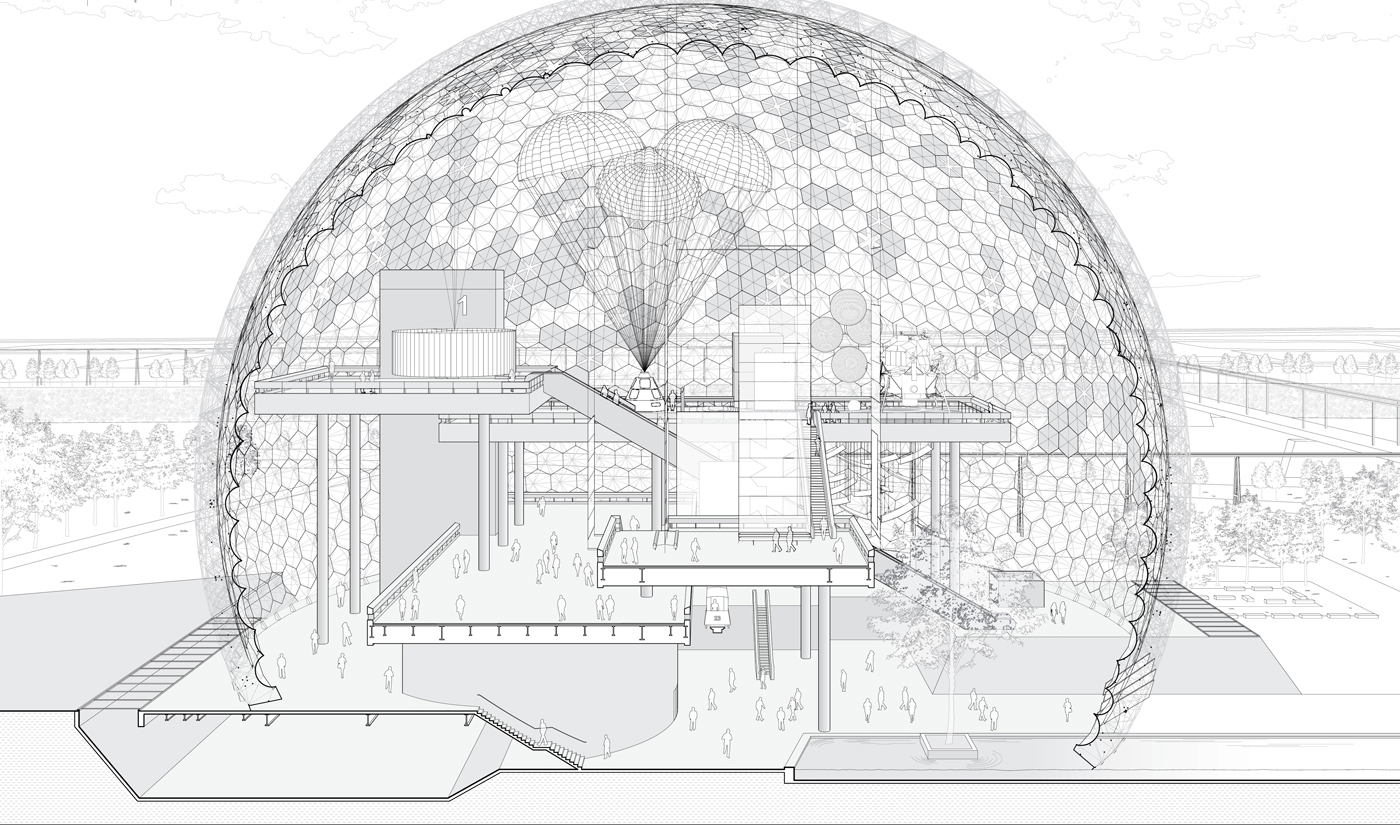 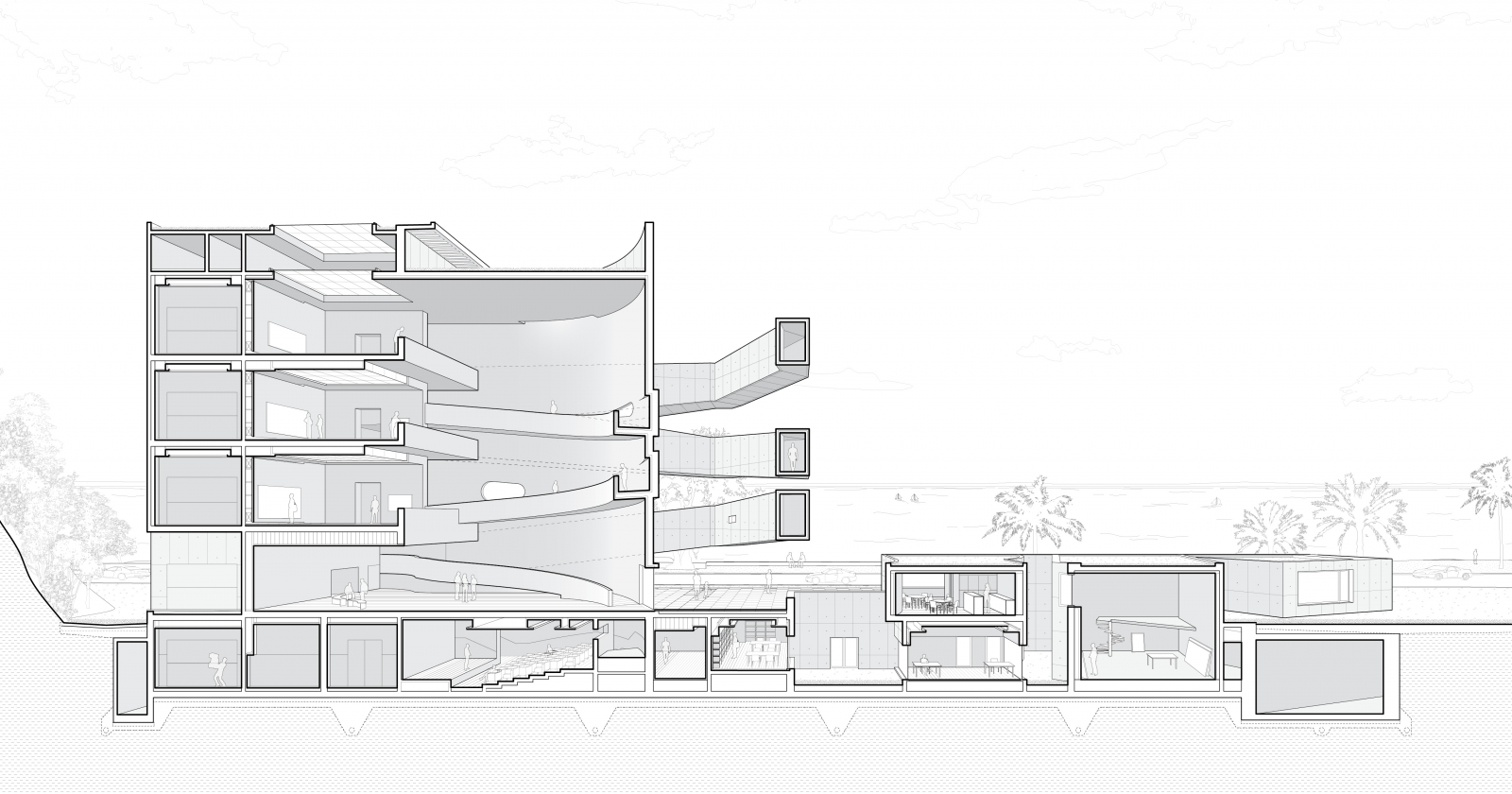 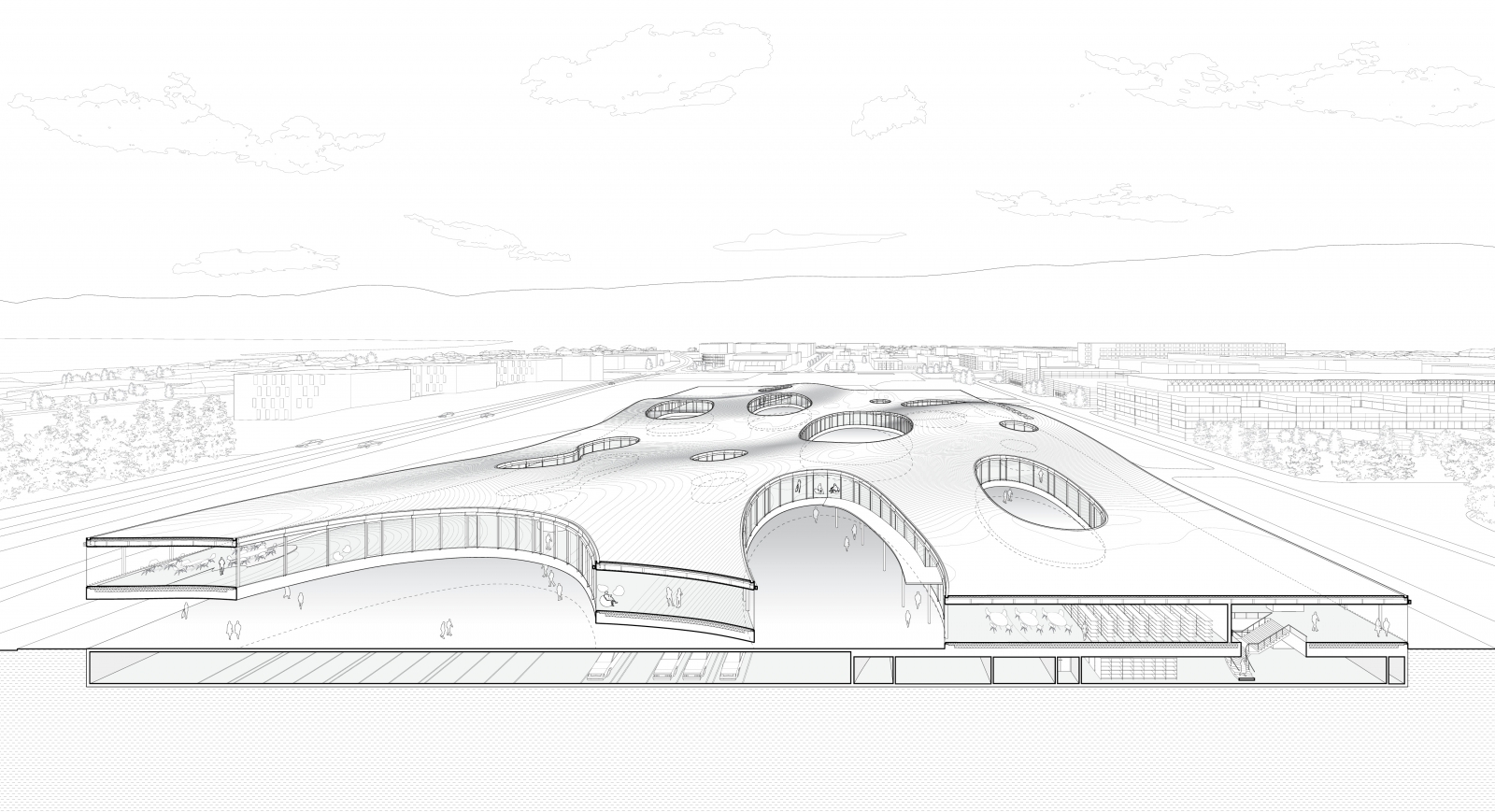 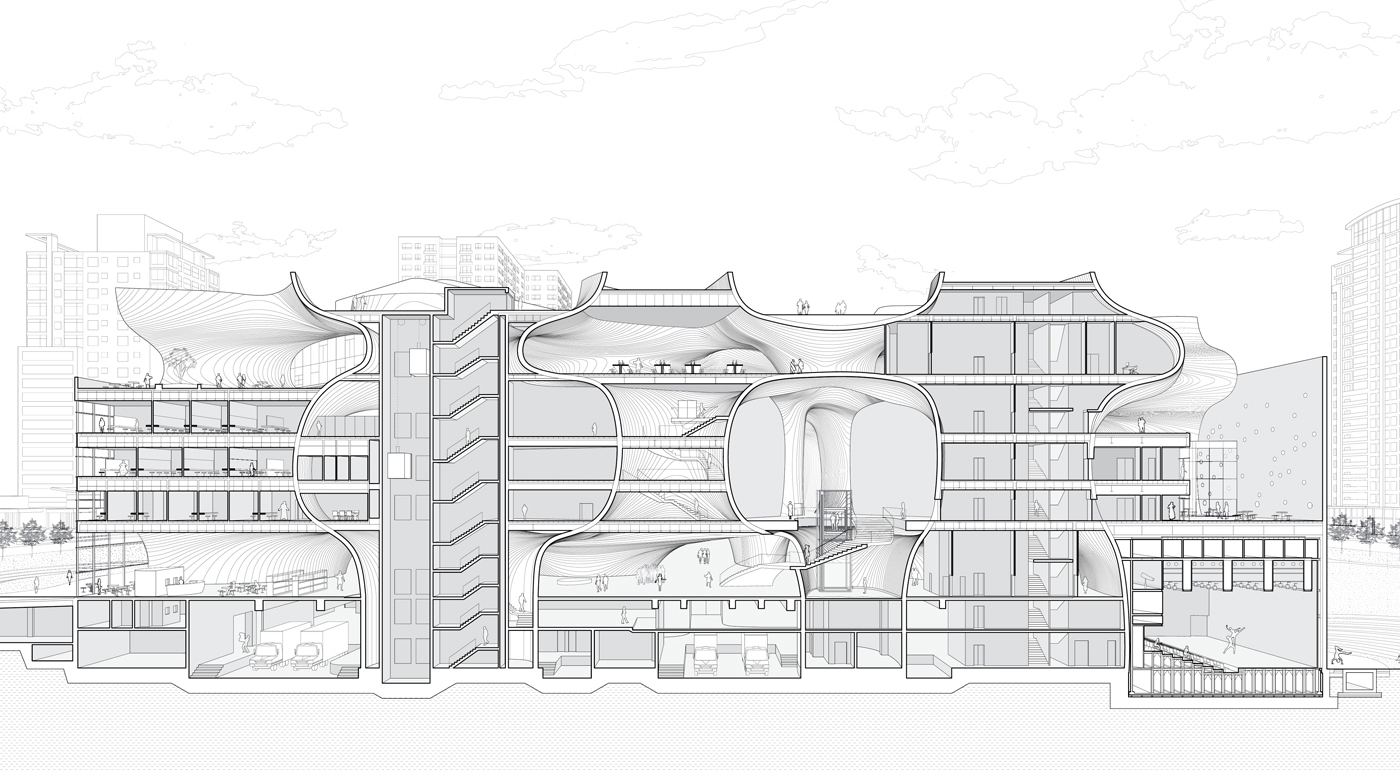